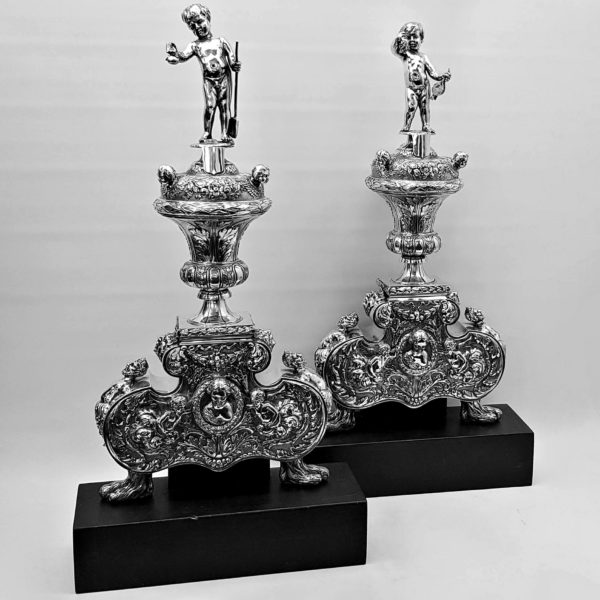 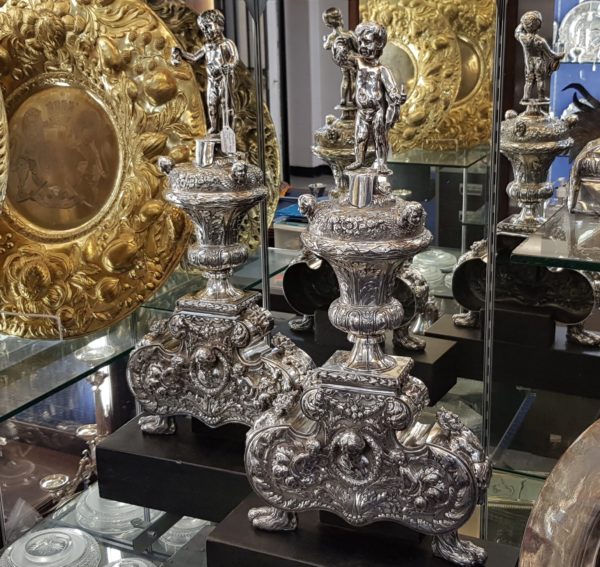 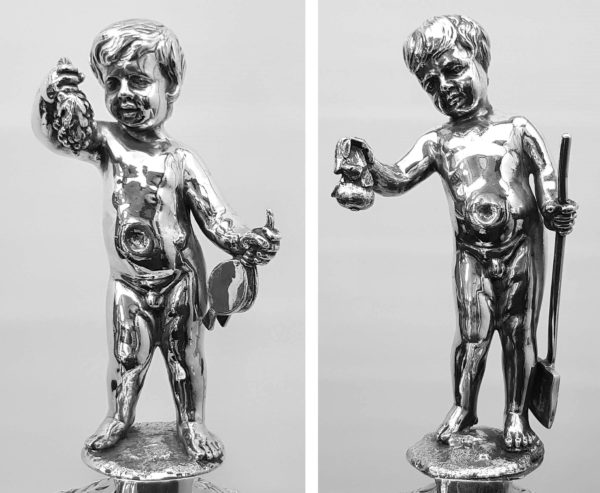 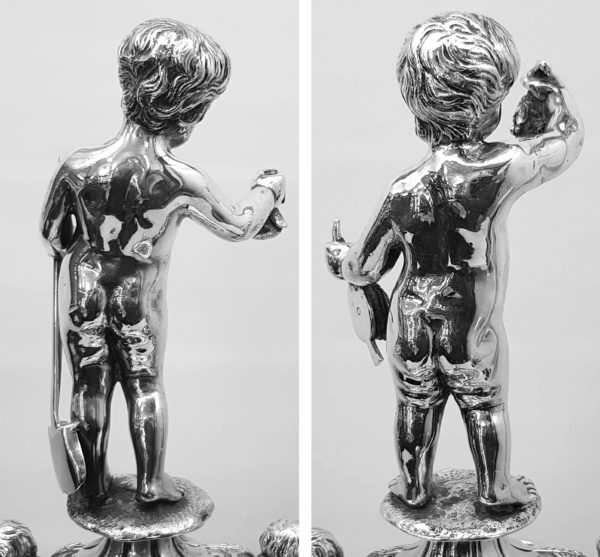 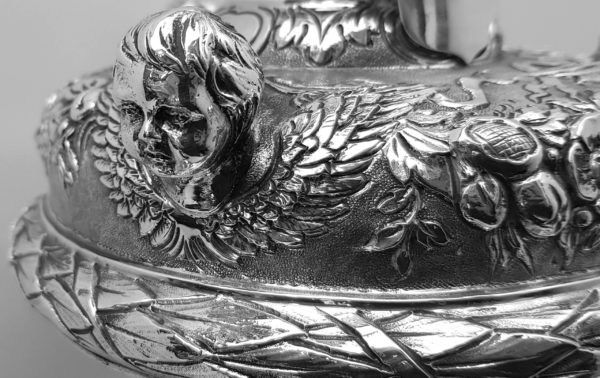 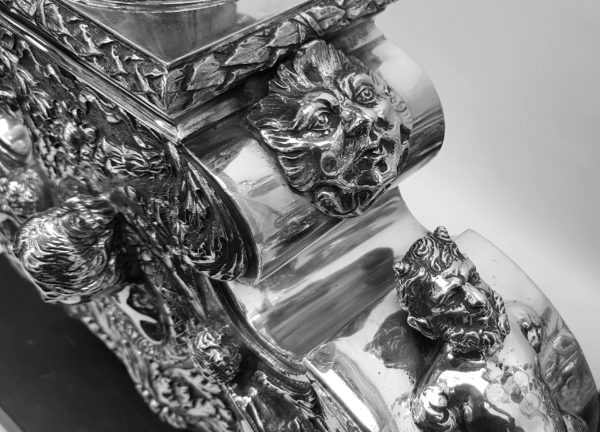 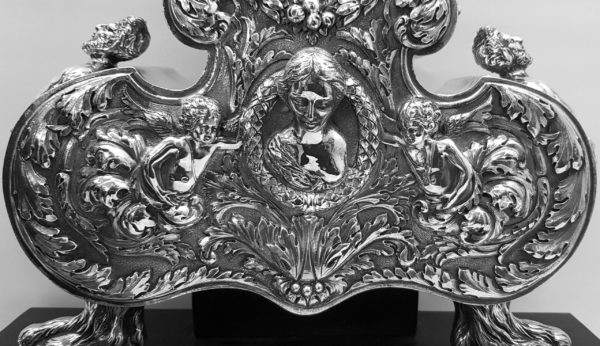 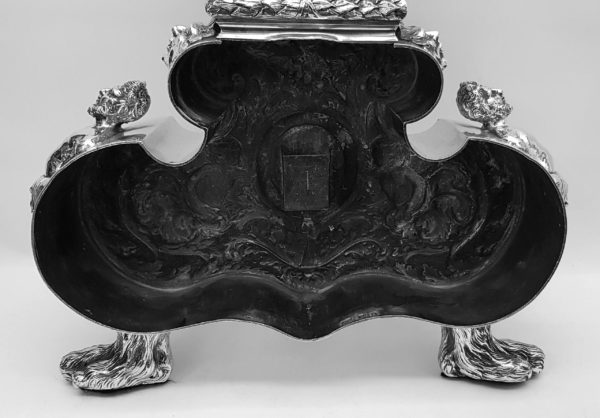 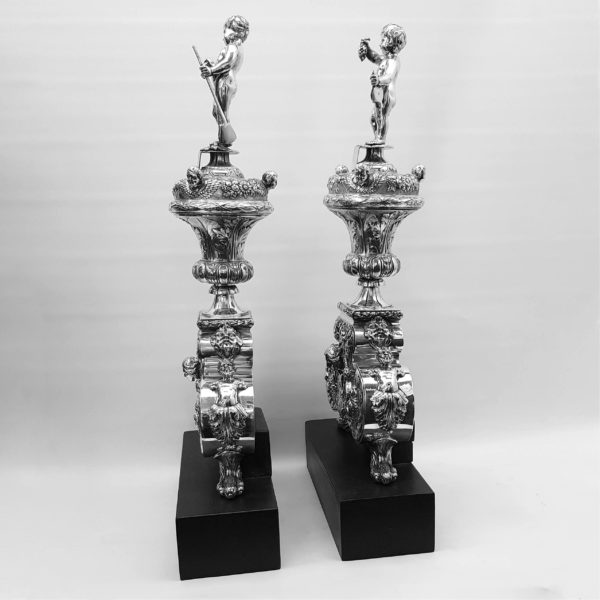 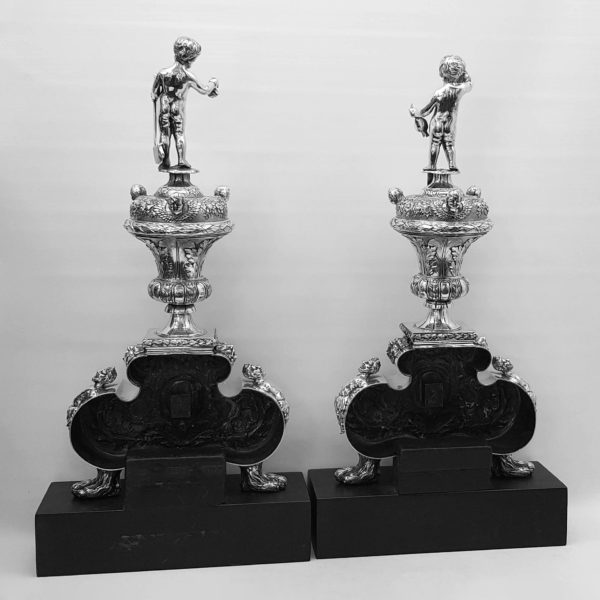 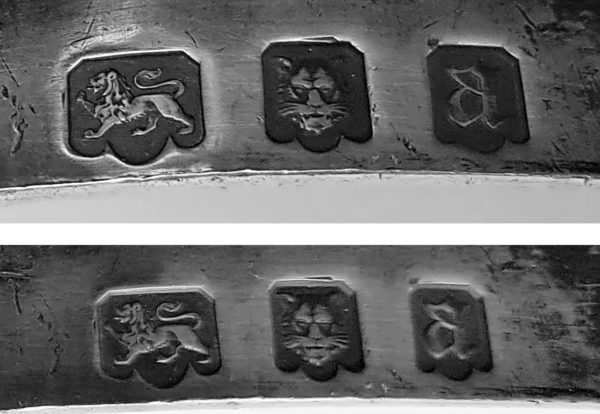 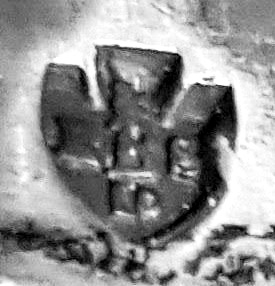 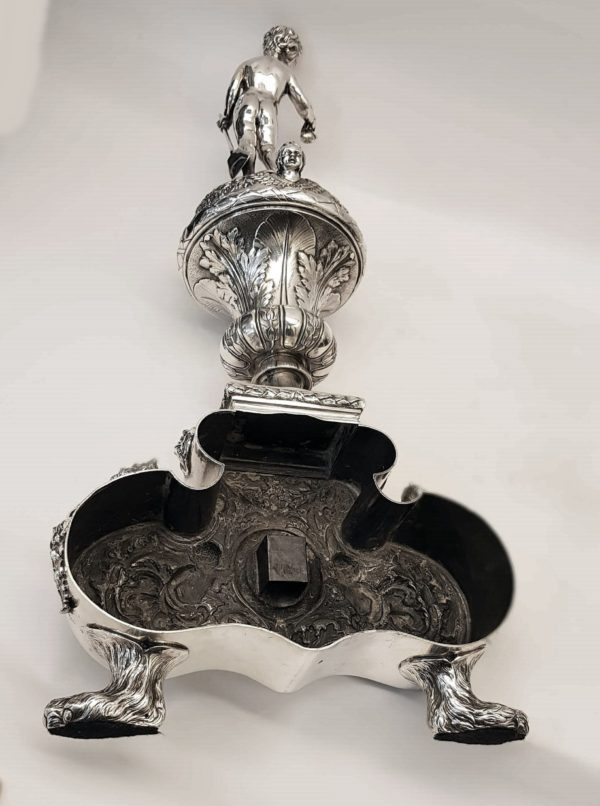 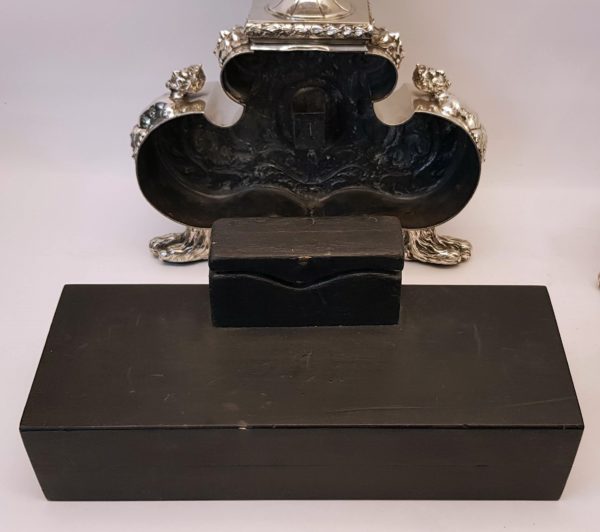 An outstanding pair of George IV sterling silver cherub ornaments of substantial weight and presence. These silver andirons are in...

An outstanding pair of George IV sterling silver cherub ornaments of substantial weight and presence. These silver andirons are in the 17th century style, after the models at Knowle. The vase shaped bodies support large cherub finials; one with a shovel, the other with a pair of bellows. The broad shaped bases, raised on claw feet, are chased in relief with busts and satyr masks amidst foliage. These andirons are raised on later, detachable and ebonised wood display plinths.

Marks. Each is stamped on the reverse of base with a full set of English silver hallmarks.

History. These chenets, also described as fire-dogs or andirons, are copies of unmarked examples of circa 1665 which are displayed in the Reynolds Room of Knole House in Kent, (NT. 130004), the ancestral home of the Dukes of Dorset. They would originally have had wrought iron backstands to support burning logs in the fireplace. The prototypes were exhibited in the 1929 Park Lane exhibition, on loan from Lord Sackville, see Catalogue of a Loan Exhibition of Old English Plate and Decorations and Orders, London, 1929, cat. no. 749, pl. XXVII.

Literature. Andirons, or fire dogs, supported the logs in a fireplace. They were normally made of brass or iron, and silver ones were a great luxury. Large sculptural objects for display had long been an important feature of aristocratic and princely silver and in 17th century Restoration England there was a fashion for extravagance (imported from France) for massive silver furniture, chandeliers, wine cisterns and other heavy types of silver.

These magnificent cherub ornaments are in very good condition.