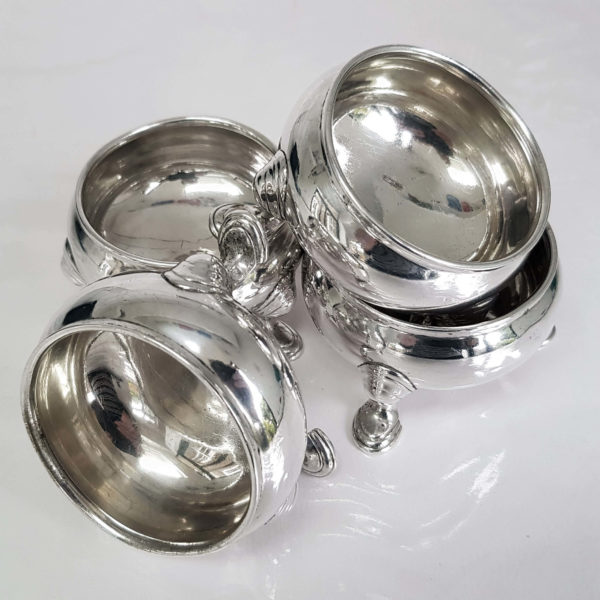 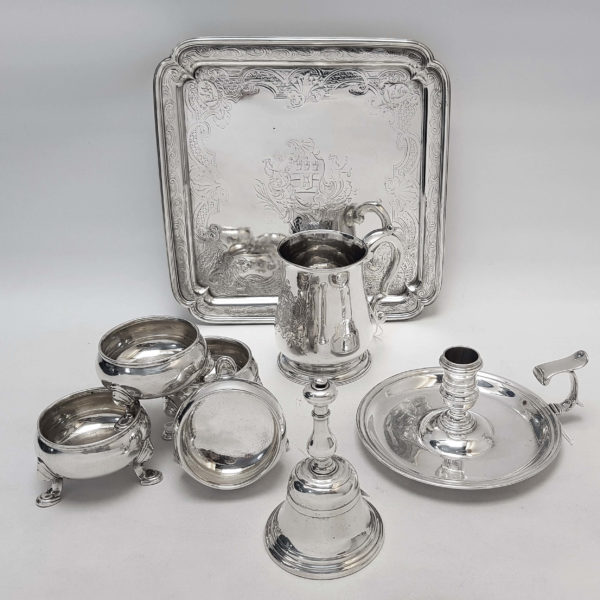 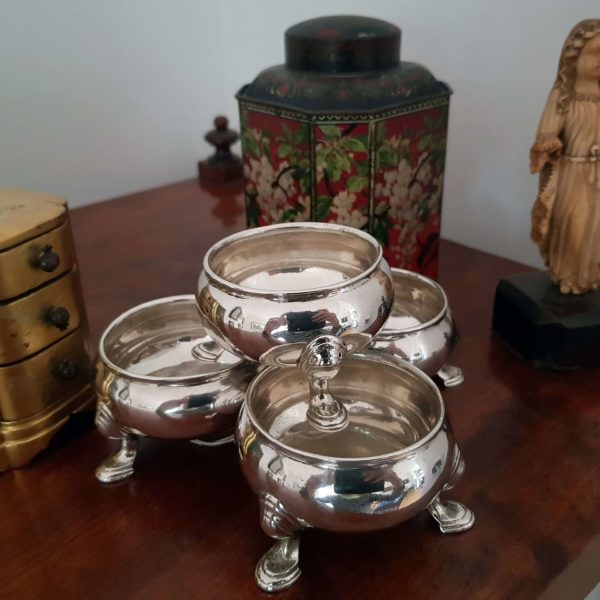 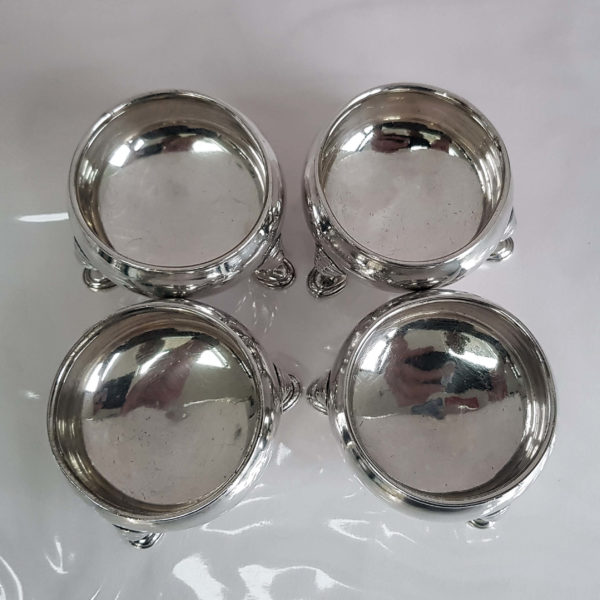 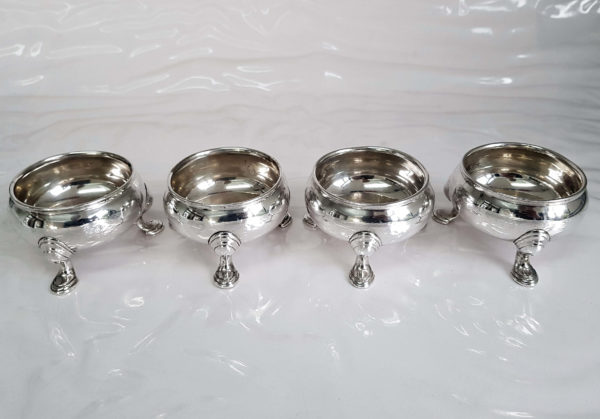 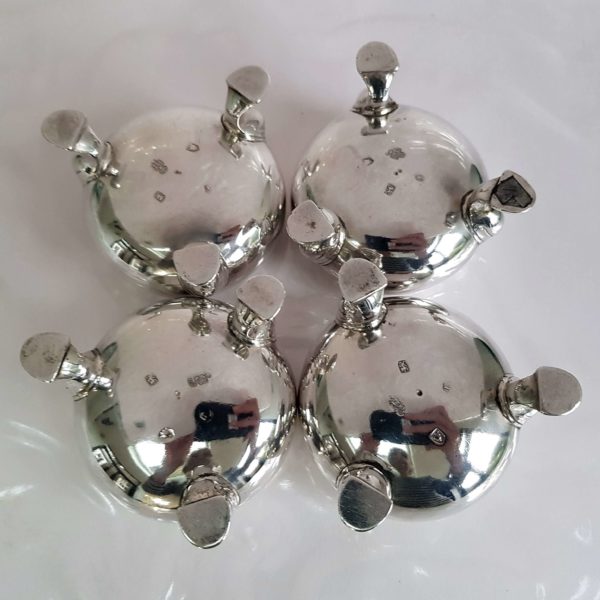 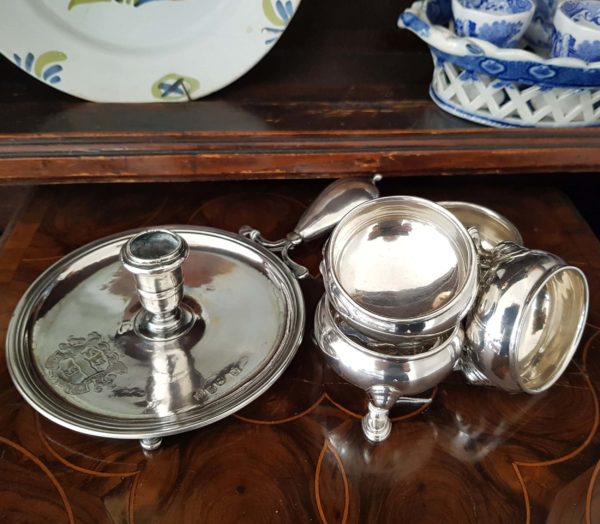 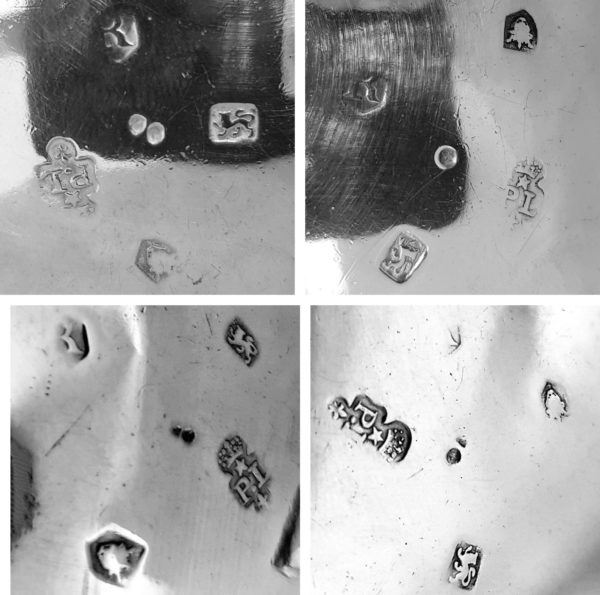 A handsome set of 4 antique silver salts by the sought after Huguenot silversmith. Plain, compact form and a lovely...

Marks. All are stamped underneath with a full set of English silver hallmarks for 1732, the date letter “R” on 1 of the salts is only partially visible.

Literature. Antique Silver Salt Cellars are not commonly found until the 1700’s although the use of Salt Cellars is documented as early as classical Rome. During medieval times elaborate master salt cellars evolved which had not only a practical use but above all, a ceremonial importance, indicating the relative status of persons by their position at the table in relation to the large salt. By 1600 the Trencher Salt was in use in England however these earliest examples are extremely rare and probably you won’t find a pair of trencher salts before 1690.

During the late 1730s the more traditional circular salt standing on 3 legs had mainly replaced the trencher salt. This shape remained popular until the late 18th century when the advent of the Industrial Revolution rendered both salt and salt cellars commonplace. From this time onwards silver salts were produced in a variety of forms, some with blue glass liners, and these become commonplace on the English dining table.