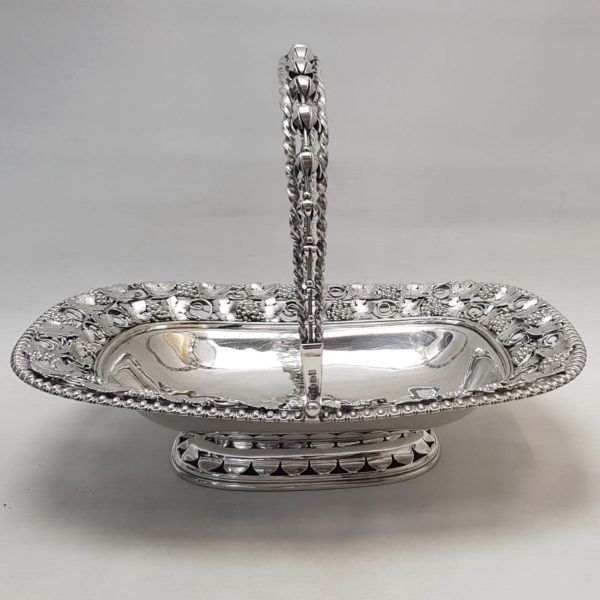 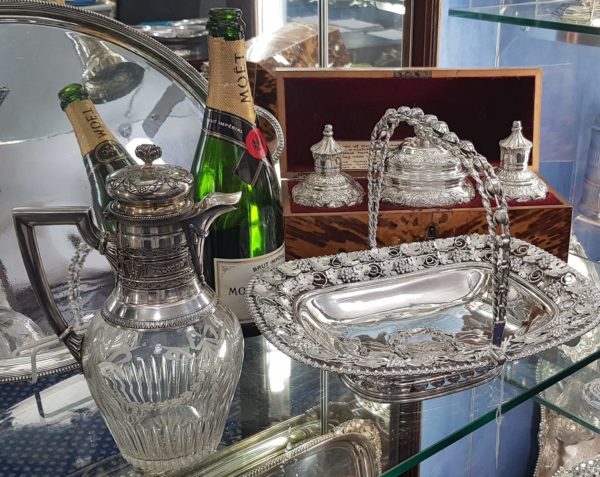 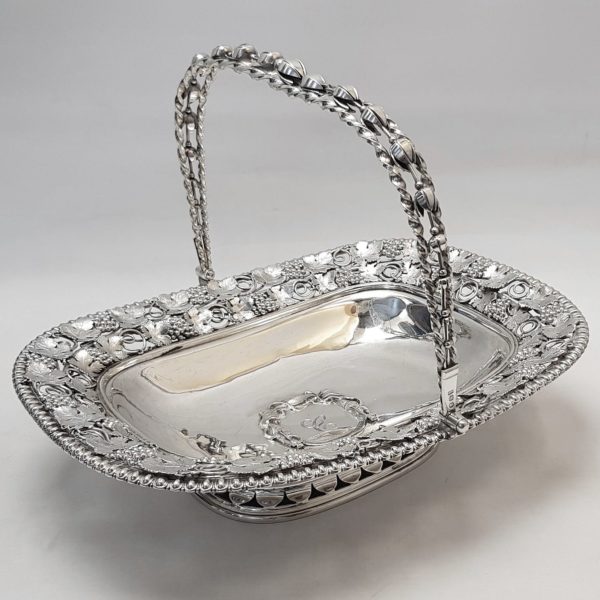 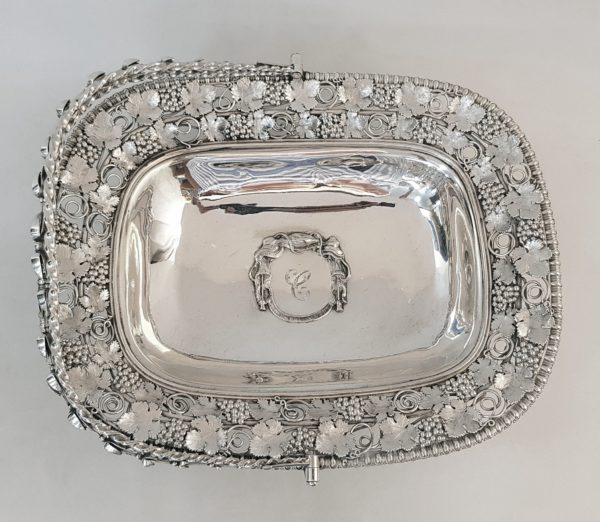 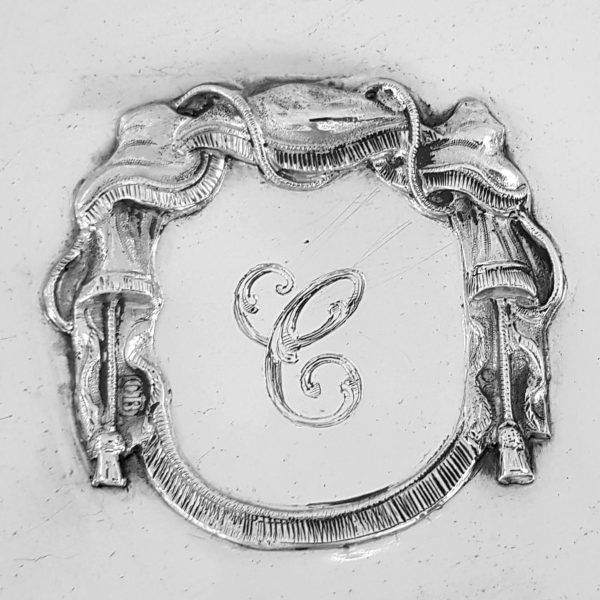 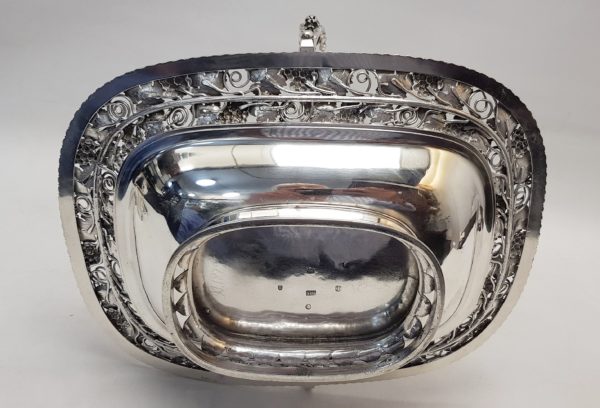 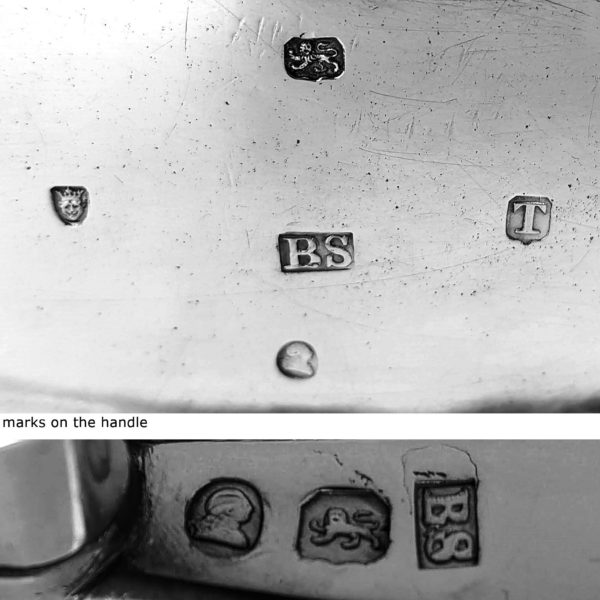 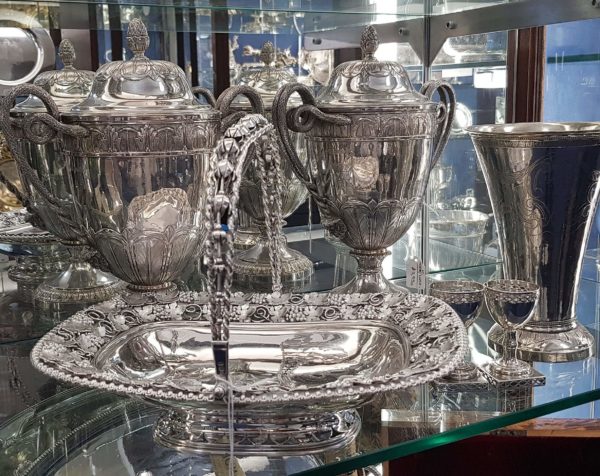 A very fine antique silver basket of rectangular form with swing handle and pierced silver foot. Suitable for bread, cakes and candy, flowers and fruit. Excellent quality and weight as you’d expect from this highly desirable maker. The openwork vine borders are among the most distinctive and accomplished achievements of Benjamin Smith and similar to those of Paul Storr, not surprisingly as both firms manufactured almost entirely for Rundell and Bridge at this time. The centre has an engraved “C” within an applied cartouche with swags and bells.

Marks. Stamped underneath and on the handle with a full set of English silver hallmarks. The applied central cartouche is marked for maker “CB”.

Literature. Antique Silver Fruit Baskets are nearly always described as cake baskets but were more commonly used for bread and fruit. Although 17th century versions are known to exist they were not commonly found until about 1735 onwards. Early examples usually have side handles or no handles and tend to be considerably heavier than George III examples and later.

This basket is in very good condition.