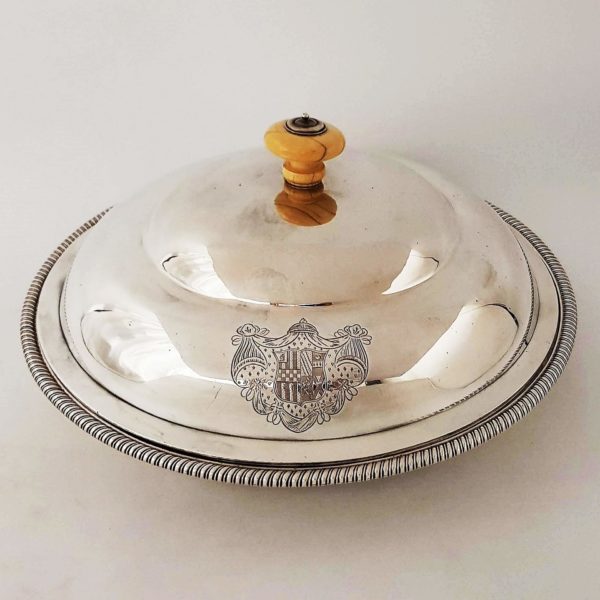 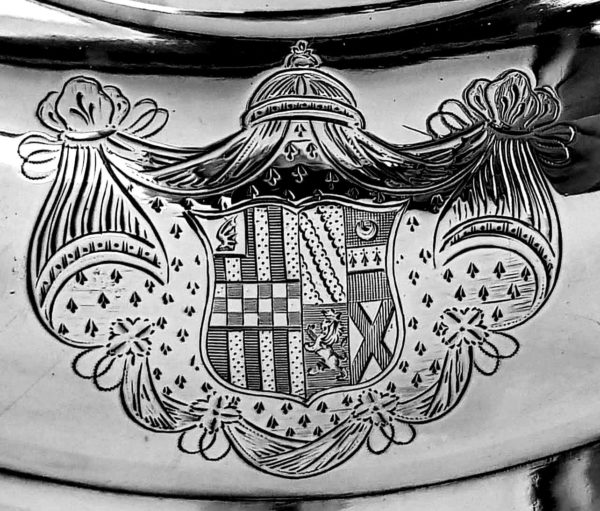 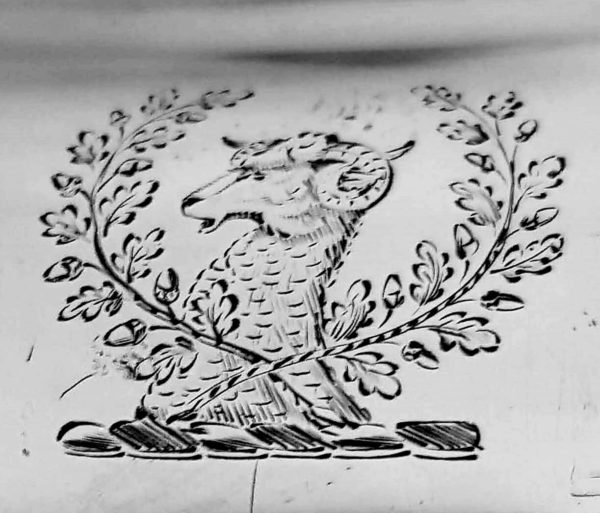 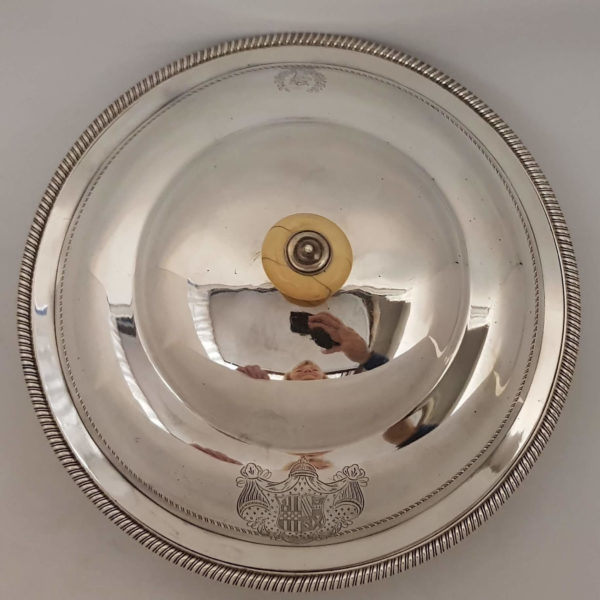 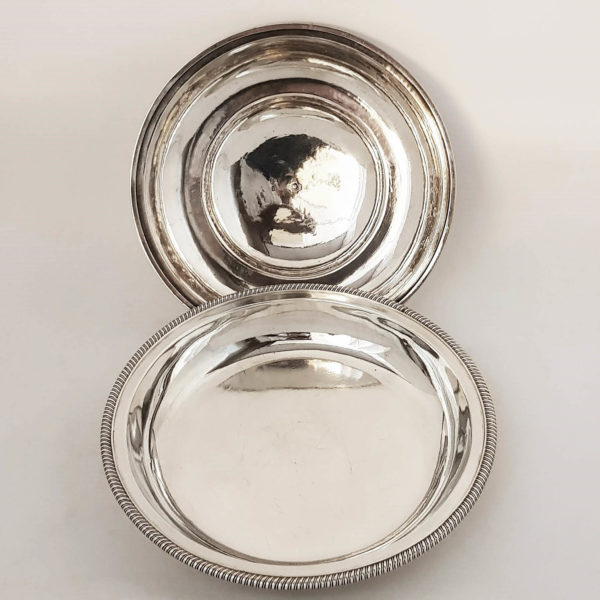 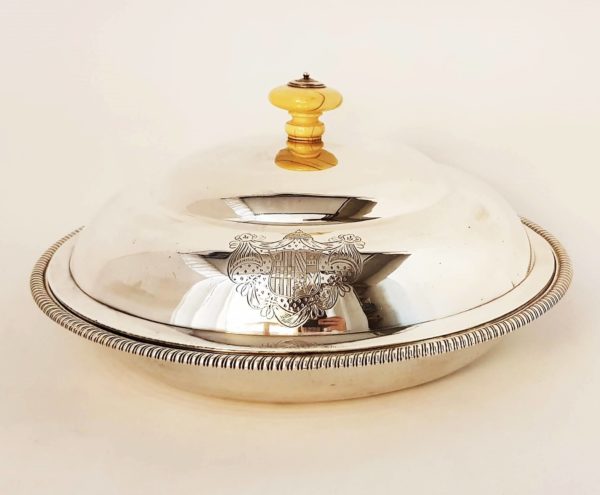 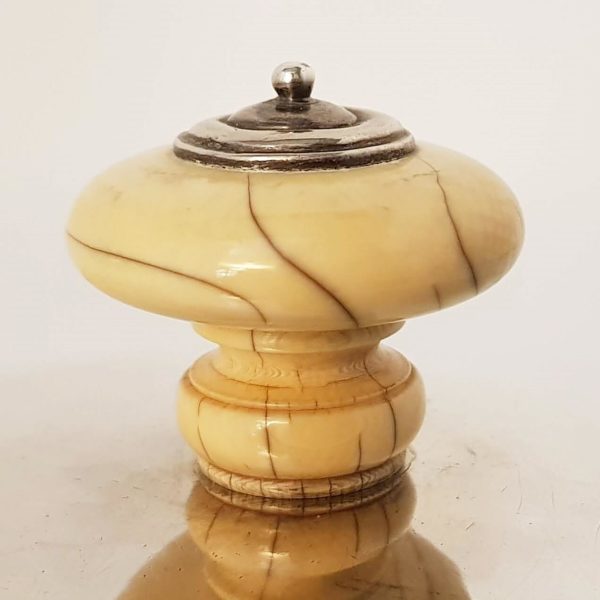 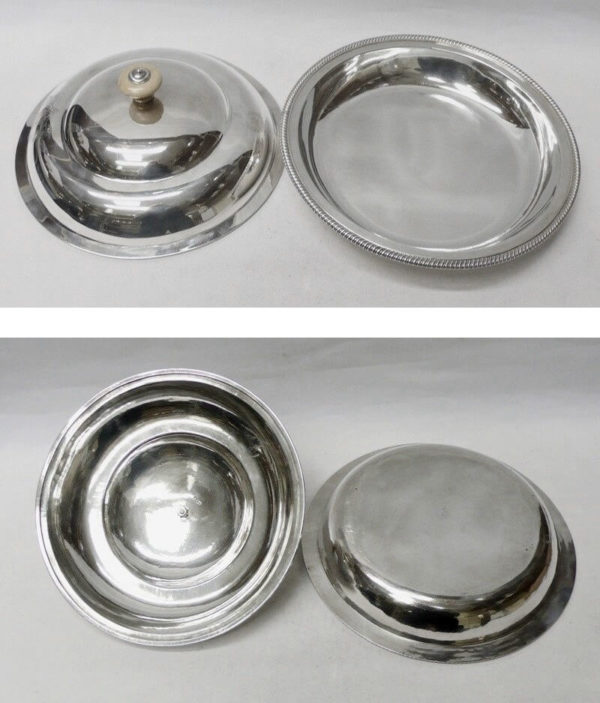 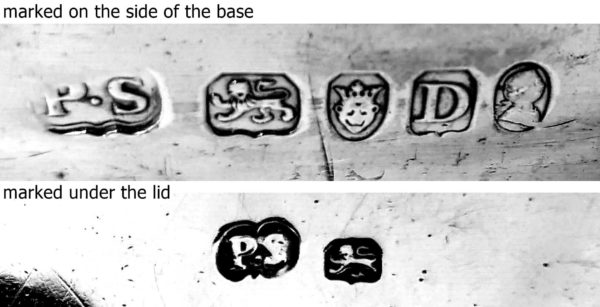 A superb late 18th century silver serving dish of circular form. Elegant plain styling with a broad band of gadroon border and ivory finial. To the front there is a large hand engraved armorial within a decorative cartouche. Excellent quality and good gauge silver as you would expect from this world famous English silversmith. Originally part of a large set of 4 or more dishes, this tureen is number 3 (with 3 dots).

Marks. Both base and lid are marked with crisp and matching silver hallmarks and the Paul Storr maker’s stamp. Originally from at least a set of four, both top and base are numbered 3 (with 3 dots).

This handsome tureen is in very good condition. The engraving is still sharp. The surface is highly polished and there is just some light scratching inside the dish base.