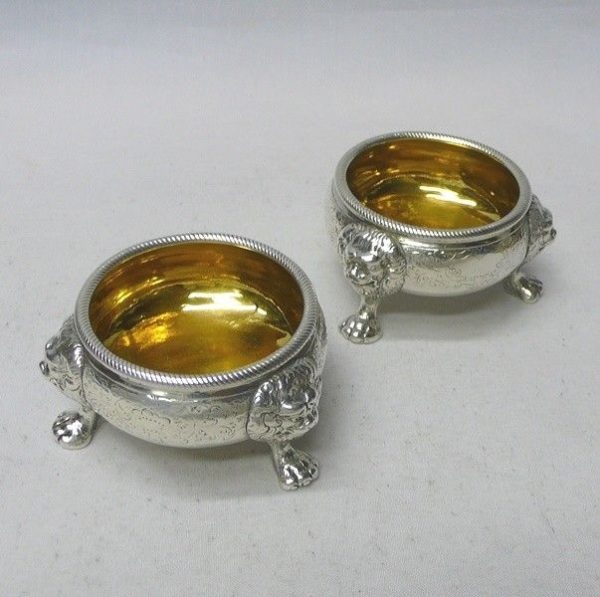 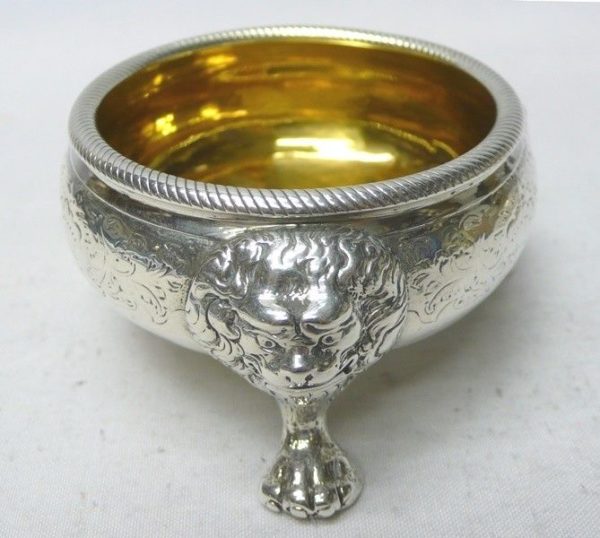 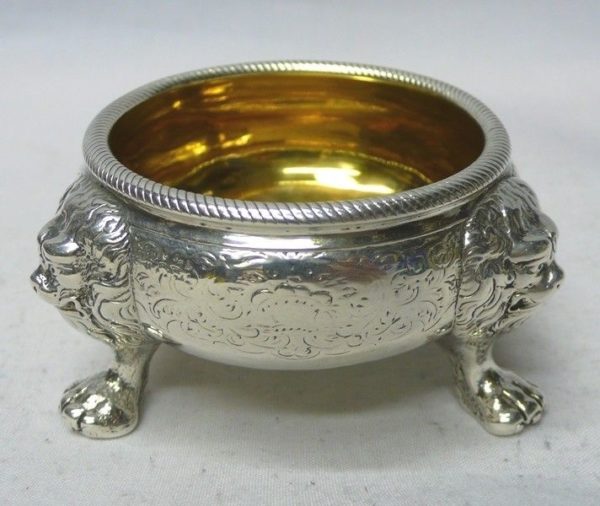 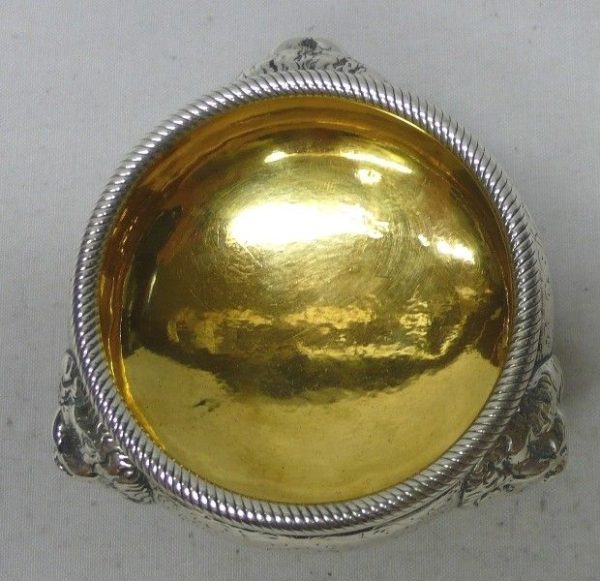 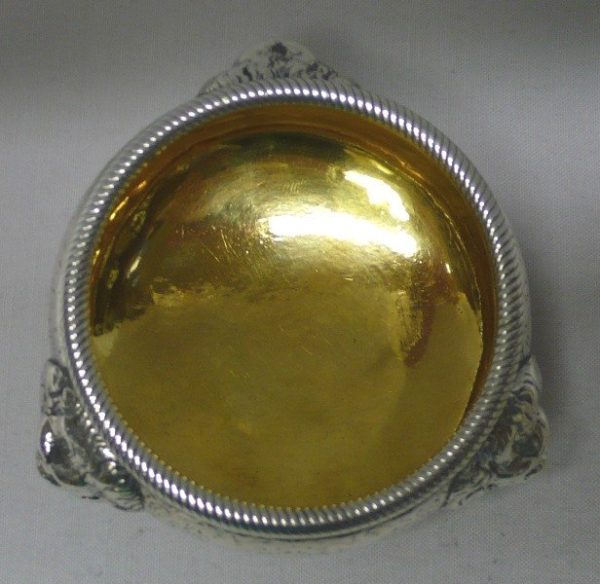 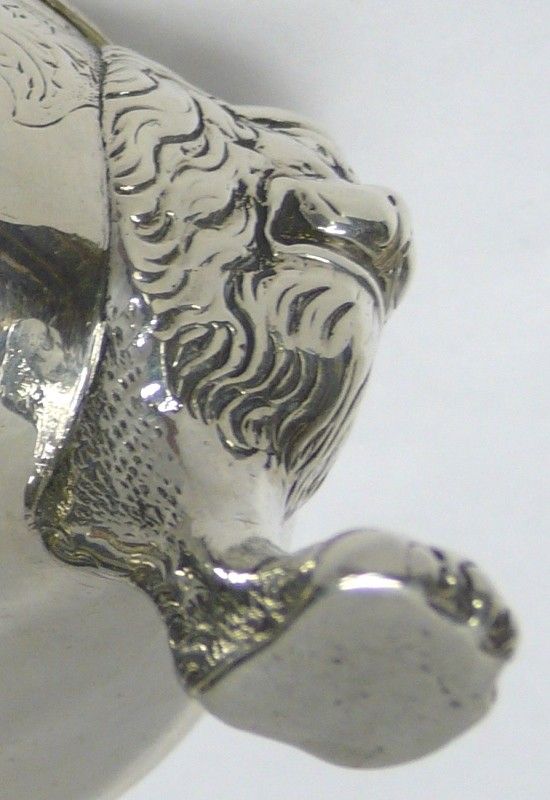 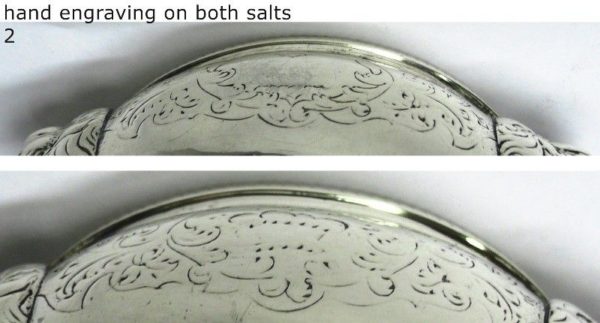 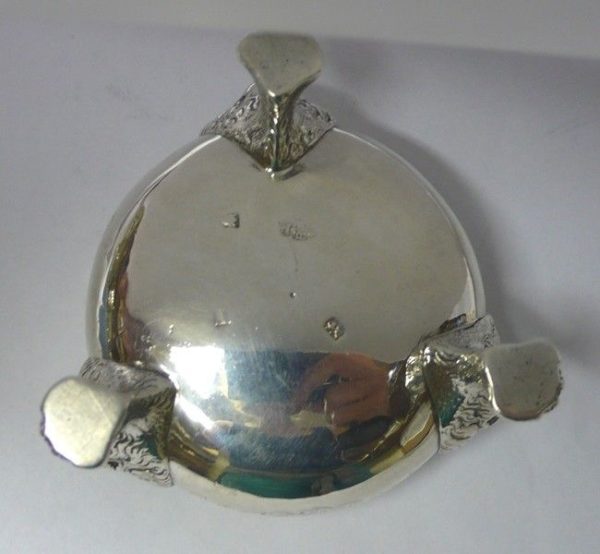 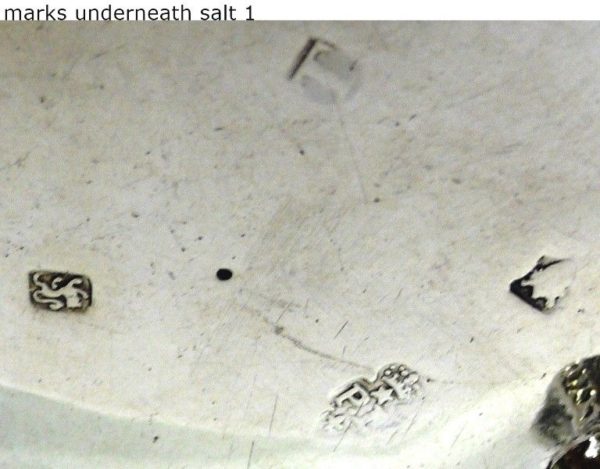 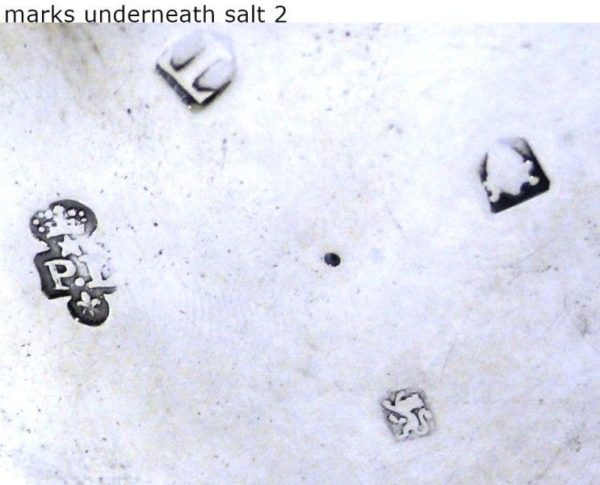 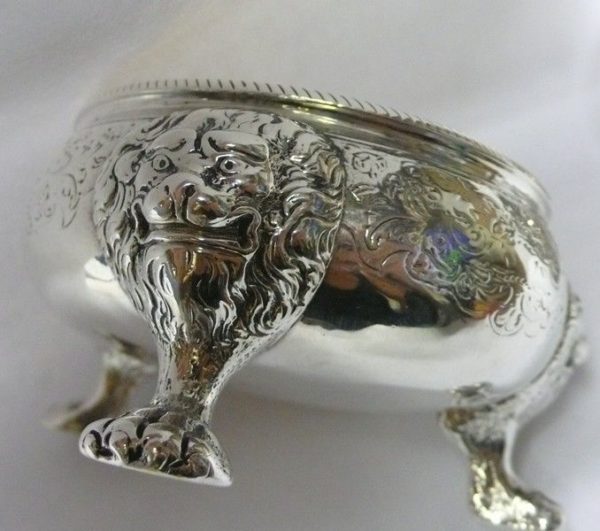 A pair of superb quality silver salts by the sought after Huguenot silversmith Paul de Lamerie. Each salt with plain...

A pair of superb quality silver salts by the sought after Huguenot silversmith Paul de Lamerie. Each salt with plain styling and gilded interior, the bodies having the original hand engraved decoration. The paw feet are mounted with magnificent lions heads; the quality and modelling of these is outstanding. Total weight 332 grams, 10.6 troy ounces. Height 4.3 cms. Diameter 6.5 cms. London 1734. Maker Paul de Lamerie.

These rare silver salts are in very good condition with no restoration. Good patina. Original hand engraved decoration which is a bit worn. Fully stamped with clear and matching English silver hallmarks. Fully functional and original. Please note that this item is not new and will show moderate signs of wear commensurate with age. Reflections in the photograph may detract from the true representation of this item.