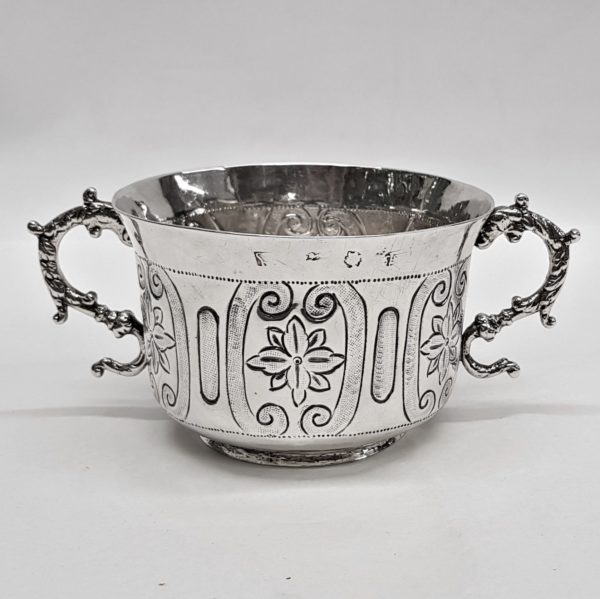 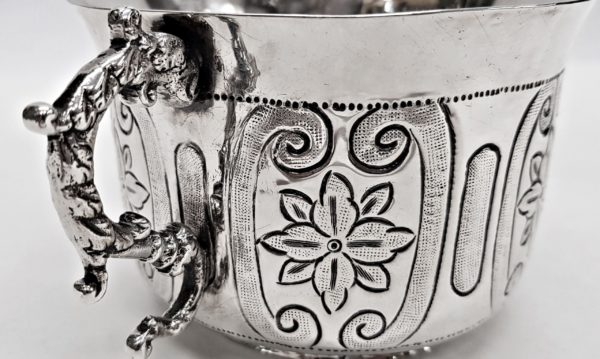 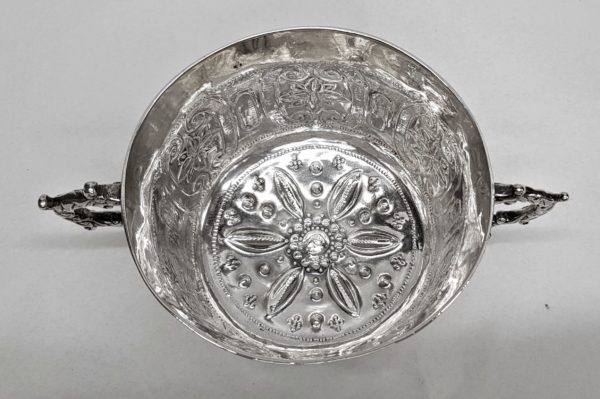 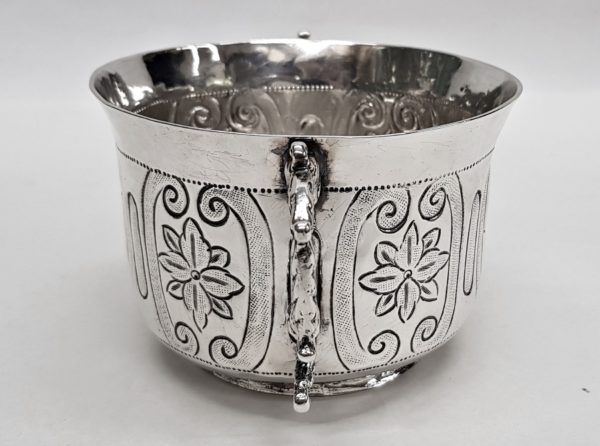 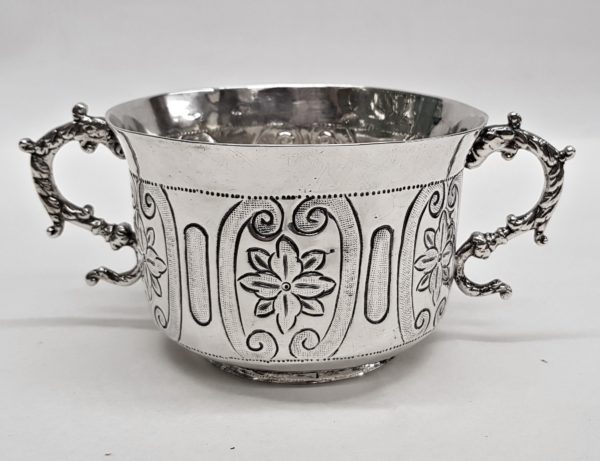 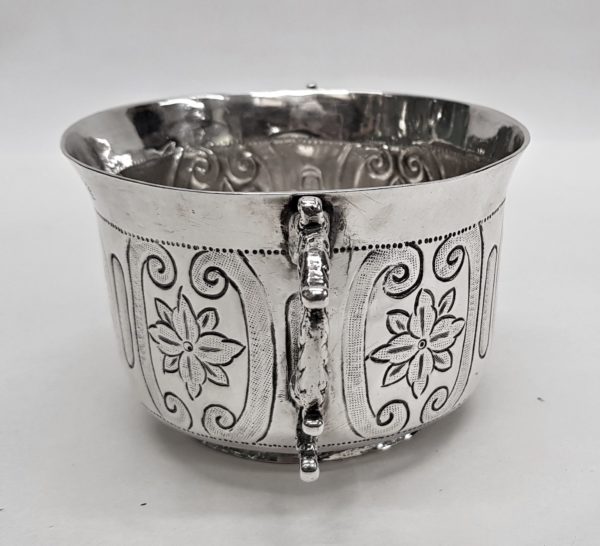 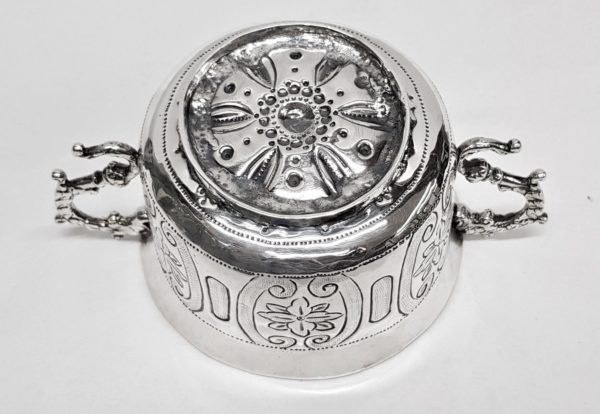 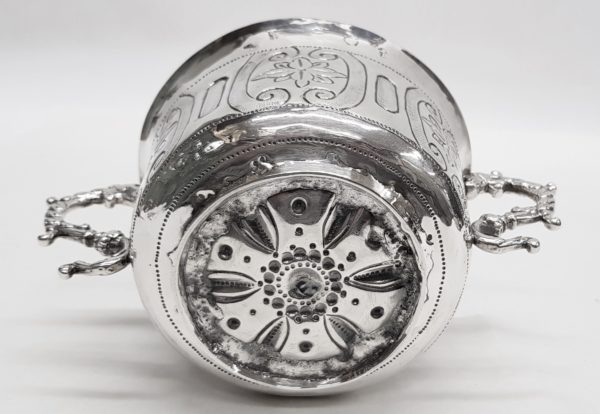 A very rare piece of early English antique silver. A sterling silver caudle cup with cast serpent shaped side handles and applied ring base. It has the more austere decoration associated with the Commonwealth period, the matted scrolls and punchwork have an appealing naivety. Superb colour. An attractive feature is the decorative base, very reminiscent of the wine tasters of this period.

Marks. Stamped with a full set of English silver hallmarks on the body next to the handle, there is some wear which is to be expected but the marks can be clearly identified.

Literature: The Commonwealth was the Puritan period from 1649 to 1660 when England and Wales, later along with Ireland and Scotland, were ruled as a republic following the end of the Second English Civil War and the trial and execution of Charles I. The monarchy was restored in 1660 with the coronation of Charles II. Silver from this period is very rare.

Signed/Inscribed: Fire at Goldsmiths Hall It is unusual to have a maker’s name for a piece of silver of this early date as there are no precise records of silver makers’ marks prior to 1697. All records were destroyed in the fire at Goldsmiths Hall in 1681 when the Assay Office and apartments of the Assayer and Clerk in the south west wing of the building were burned down. From 1697 onwards Goldsmiths Hall has preserved a complete record of workmen’s marks, addresses, together with their names and the dates. Sometimes the details of makers can be discovered from old records such as the inventories of noble houses and other institutions. The first surviving record at Goldsmiths Hall is the 1682 copper plate made to start the recording process again. This has recently prompted a study by Dr David Mitchell, supported by Goldsmiths Hall, resulting in the publication of his 2017 “Silversmiths in Elizabethan and Stuart London”. This reference work identifies previously unknown makers marks and assigns marks struck on existing plate to individuals (attributions for 540 separate marks).

This outstanding example of early English silver is in very good condition with no sign of damage or repair. Lovely patina. Good weight. The blobby mercury solder marks seen to the base of the porringer are original to the manufacture of the piece and add to its authenticity.

Christopher Shaw, London silversmith, apprenticed to William Cooke 1631, turned over to Robert Preston 1637, free 1639. During his career he bound 7 apprentices, the last being his son Richard in 1663. Shaw died circa 1670.