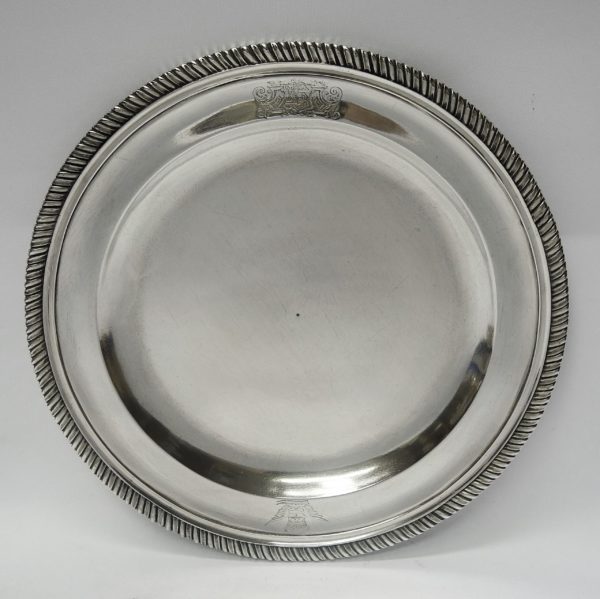 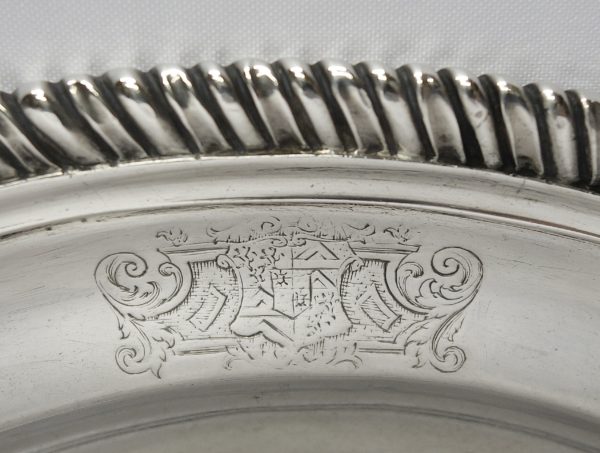 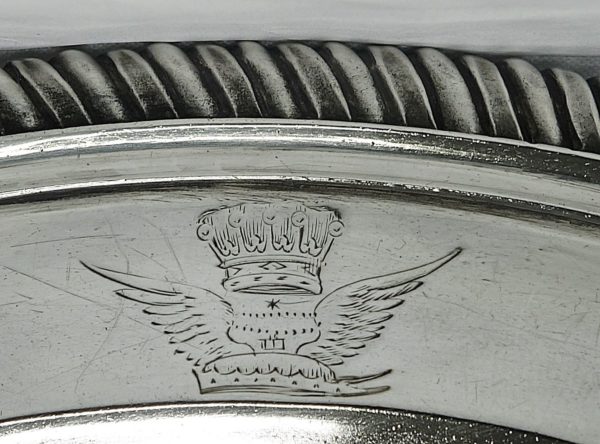 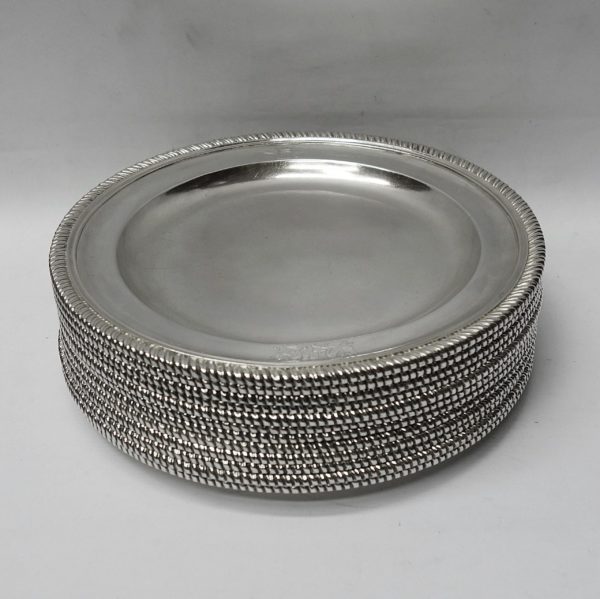 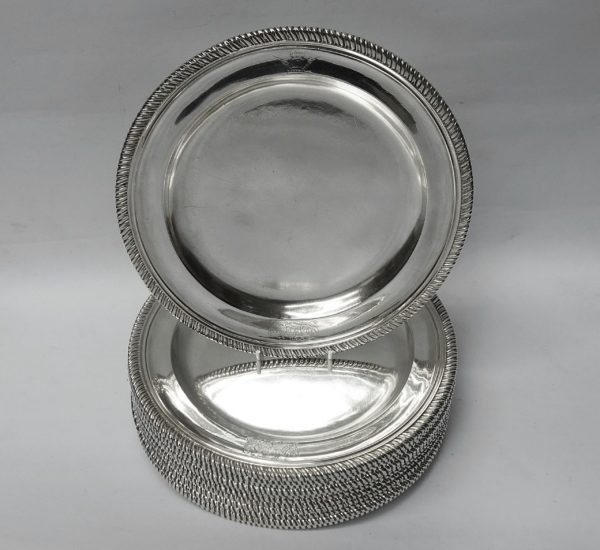 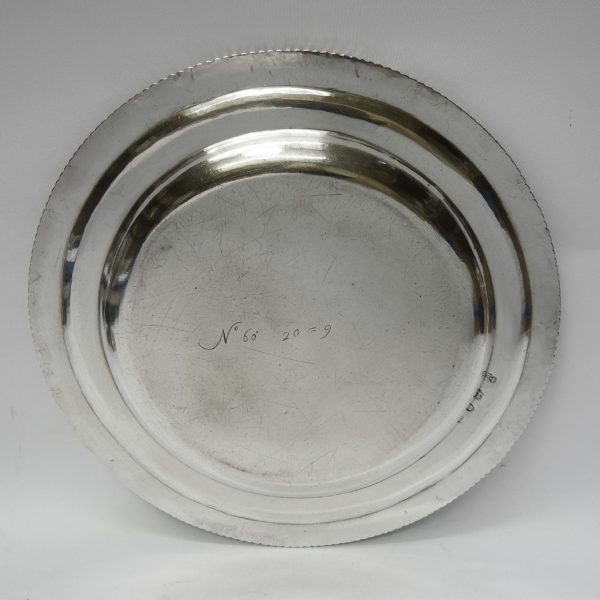 An important set of 12 antique sterling silver plates with plain styling and gadroon borders. Originally part of the extensive...

An important set of 12 antique sterling silver plates with plain styling and gadroon borders. Originally part of the extensive and well documented Mildmay service, the rims are hand engraved with the Mildmay coat of arms and Earl’s coronet. Excellent patina. Each is inscribed on the reverse with the scratchweight and numbered 49 through to 60.

Marks. The plates bear the original scratch weight on the reverse and are numbered 49-60. Each plate is stamped with a full and matching set of English silver hallmarks (on the reverse side traversing the crease of the rim to main body). The plates* were examined by the Antique Plate Committee in September 2017 and a letter, confirming the plates to be in accordance with the Hallmarking Act 1973, has been provided by Goldsmith Hall.

Provenance: The Mildmay service was dispersed at some unknown date, probably between the Earl’s death in 1756 and the demolition of Moulsham Hall in 1809. In previous decades known examples have resurfaced in auction and some have been rehomed in museum collections.
This dozen set of first course plates, previously unrecorded, was formerly in the collection of Jennifer Ann Schmiedel, Germany (1942-2001).
Known examples in museum collections are:
12 dinner plates – Clark Art Institute, Williamstown, Massachusetts, USA
Soup tureen – Hartman Collection at the Museum of Fine Arts, Boston, USA

Literature: Benjamin Mildmay (1672-1756) held many titles and positions of state. In 1724 he married Frederica Darcy, daughter of the Duke of Schomberg, and also a descendant of James I of England – see https://en.wikipedia.org/wiki/Frederica_Mildmay,_Countess_of_M%C3%A9rtola. The couple resided at Schomberg House, Pall Mall in London and at the Mildmay family home of Moulsham Hall, Essex. Mildmay served as Commissioner of Excise between 1720 and 1728 and was created Baron Fitzwalter in 1728. In 1730 he was made Earl Fitzwalter and Viscount Harwich. In 1737 he was made Treasurer of the Household, a member of the Royal Household ranking second after the Lord Steward; this appointment granted him an entitlement of 1000oz of plate for personal use. Earl Fitzwalter died in 1756 with no heirs.

Signed/Inscribed: On the rim to one side is the coat of arms for Mildmay quartering Fitzwalter with Schomberg on an escutcheon of pretence. Benjamin Mildmay, 19th Baron Fitzwalter (1672-1756) created Earl Fitzwalter in 1730. On the rim to the opposite side is the Mildmay crest with the earl’s coronet above and a cap of maintenance below.

This rare dozen set of antique silver plates is in very good condition. The plates have not been polished out or erased; the surface scratching is compatible with their age. The engravings are original and still sharp with a small amount of wear.