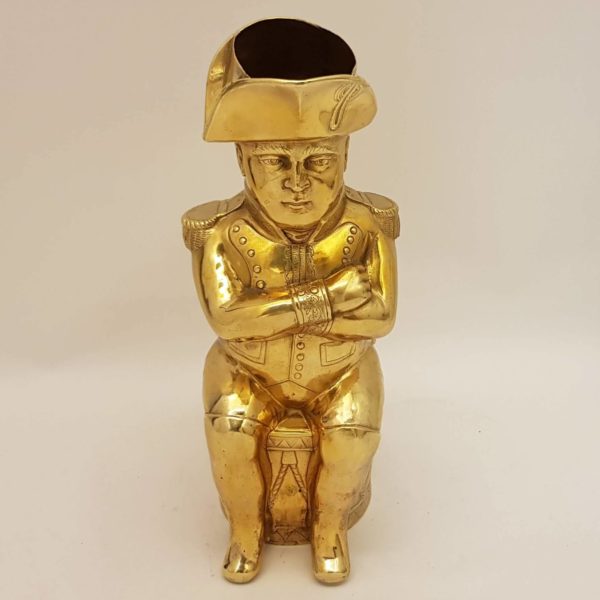 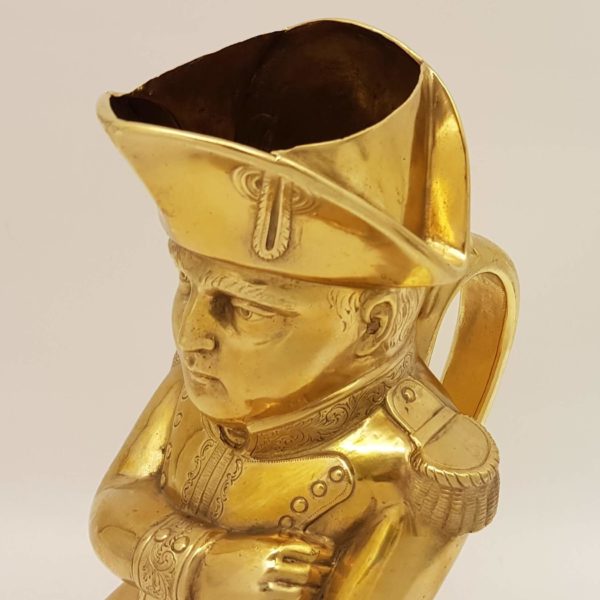 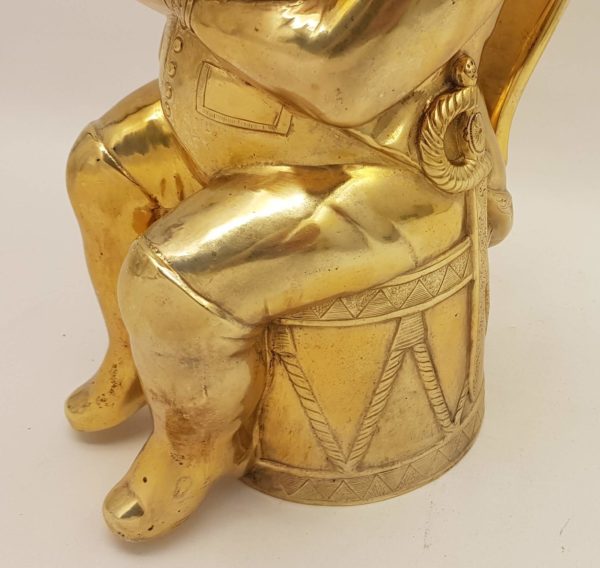 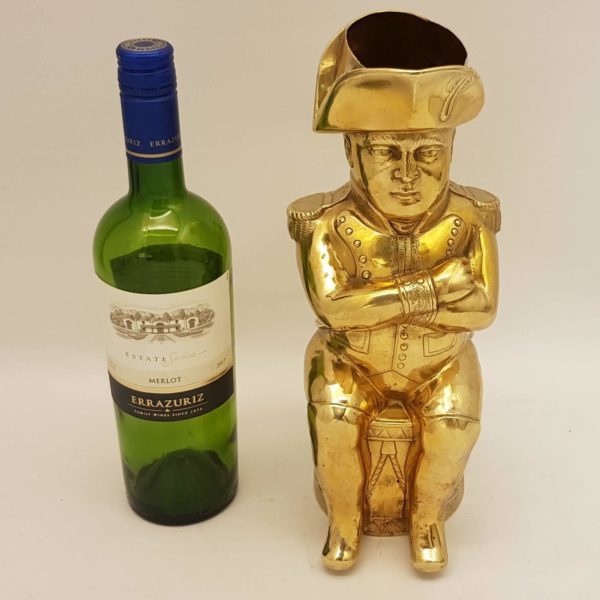 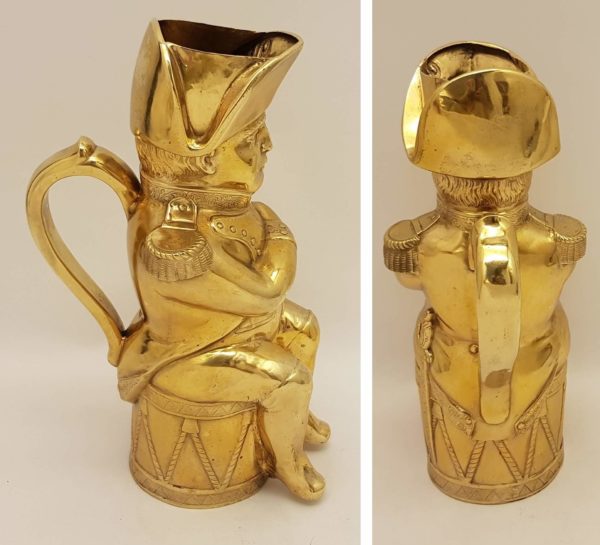 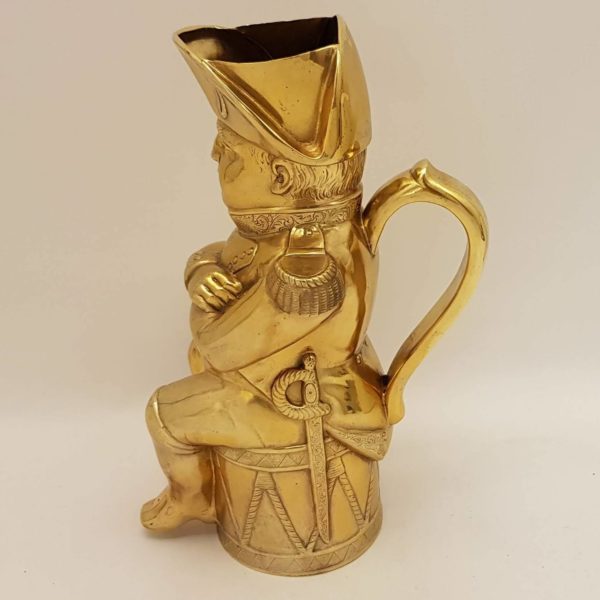 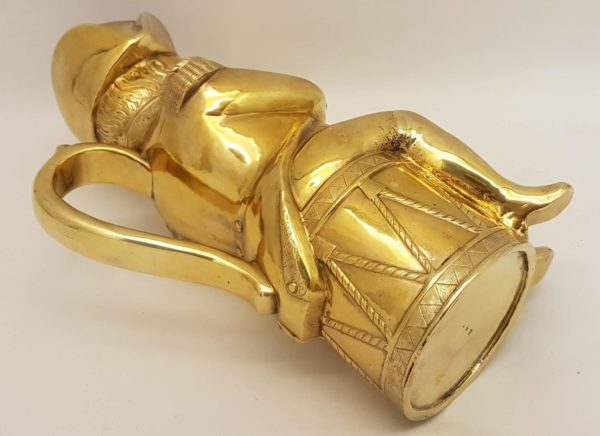 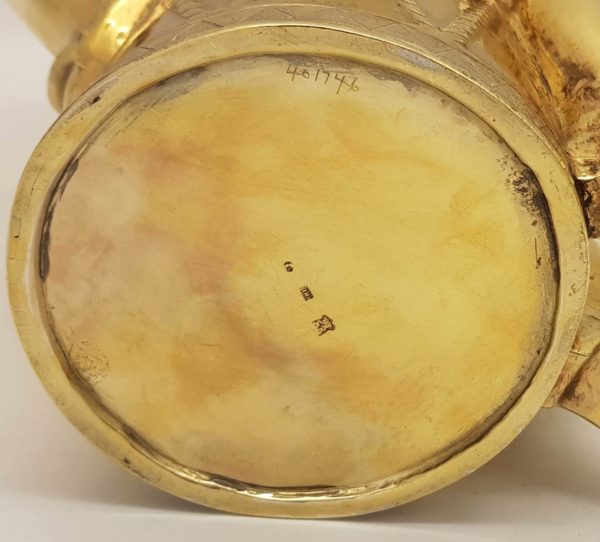 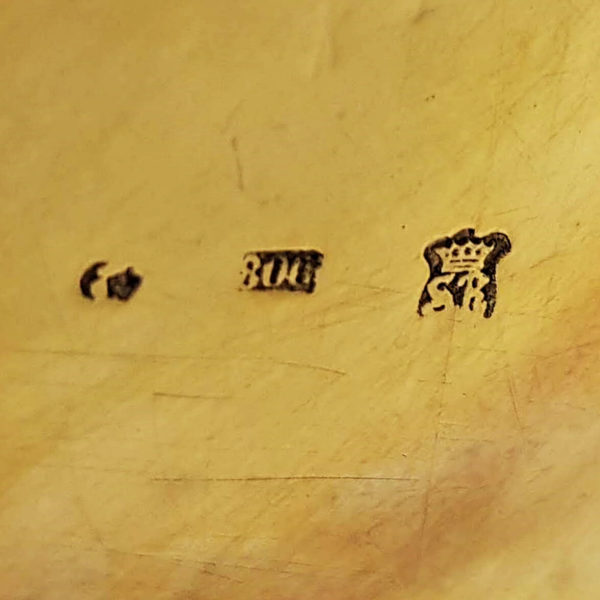 A massive novelty silver jug in the form of Napoleon Bonaparte, the iconic French statesman and military leader. Suitable for...

A massive novelty silver jug in the form of Napoleon Bonaparte, the iconic French statesman and military leader. Suitable for wine, beer and water. Superb bright gilt finish and excellent quality modelling and chased detail. Napoleon is wearing full dress regalia, with epaulettes and the trademark bicorne hat, he is sitting on a military drum.

Napoleon Bonaparte 15 August 1769 – 5 May 1821), born Napoleone di Buonaparte, was a French statesman and military leader who became notorious as an artillery commander during the French Revolution. He led many successful campaigns during the French Revolutionary Wars and was Emperor of the French as Napoleon I from 1804 until 1814 and again briefly in 1815 during the Hundred Days. Napoleon dominated European and global affairs for more than a decade while leading France against a series of coalitions during the Napoleonic Wars. He won many of these wars and a vast majority of his battles, building a large empire that ruled over much of continental Europe before its final collapse in 1815. He is regarded as one of the greatest military commanders in history, and his wars and campaigns are studied at military schools worldwide. Napoleon’s political and cultural legacy has made him one of the most celebrated and controversial leaders in human history.

This interesting jug is in very good condition with minimal wear to the gilt finish.