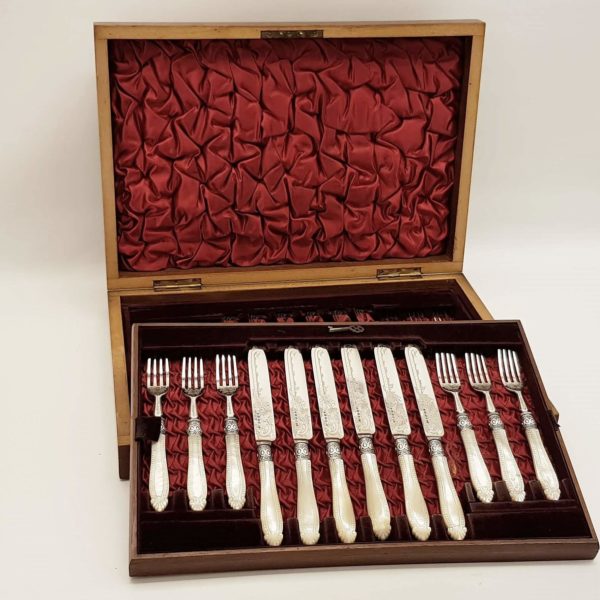 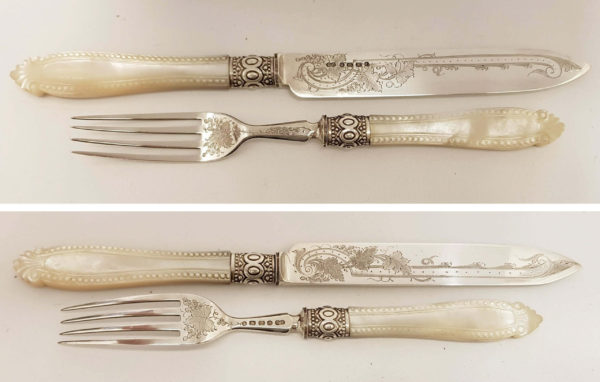 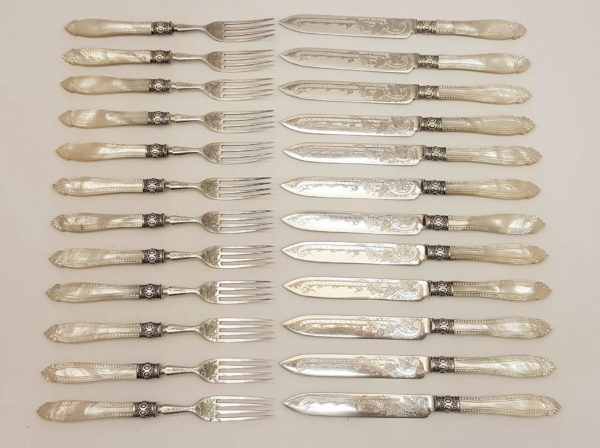 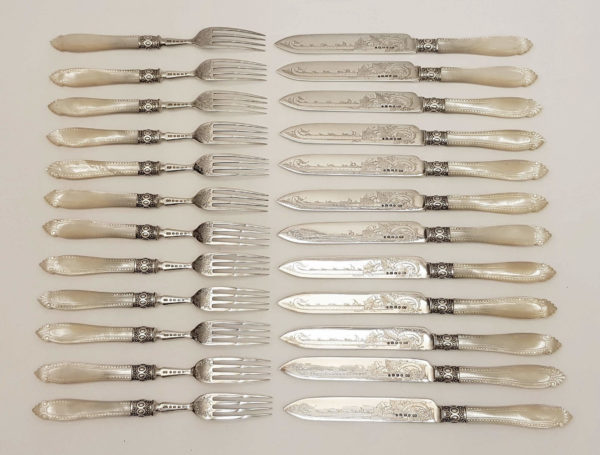 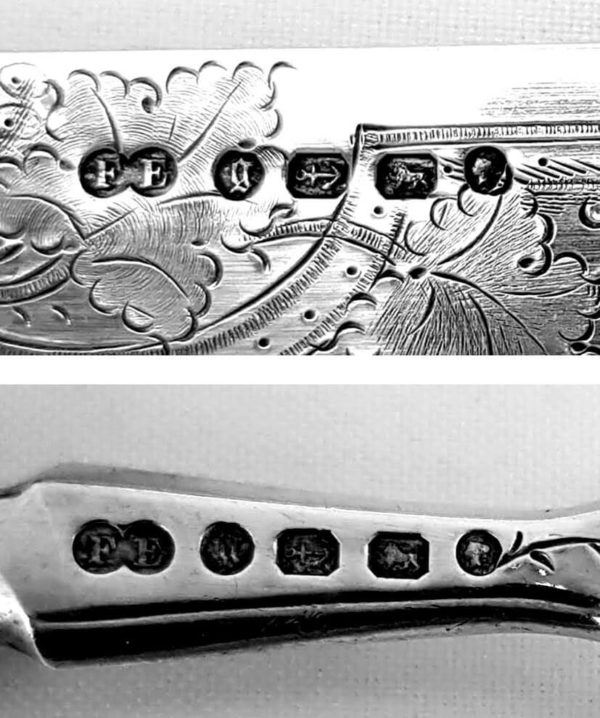 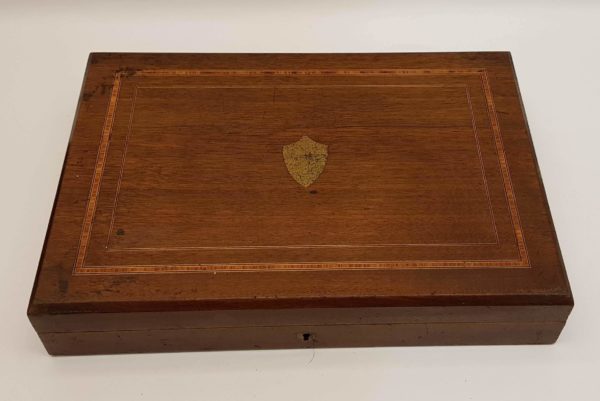 Antique Silver and Mother of Pearl Cutlery for 12

An antique set of sterling silver and real mother of pearl cutlery set having decorative engraved blades with bead ferules....

An antique set of sterling silver and real mother of pearl cutlery set having decorative engraved blades with bead ferules. The cutlery has pretty carved handles with carved bead and reed decoration. 12 knives and 12 forks in the original solid wood box. Dessert cutlery.

Marks. Each piece is stamped with English silver marks which are clear to read.

Literature. In the late 19th century sets of cutlery and serving pieces with real mother of pearl handles became popular. They are often found in their original fitted boxes and make attractive wedding gifts. Cutlery handles made from real mother of pearl shell occasionally have a slight variation in grain and size.

These lovely antique silver cutlery pieces are in very good condition. The cutlery handles are made from real mother of pearl shell and there may occasionally be a slight variation in grain and size.