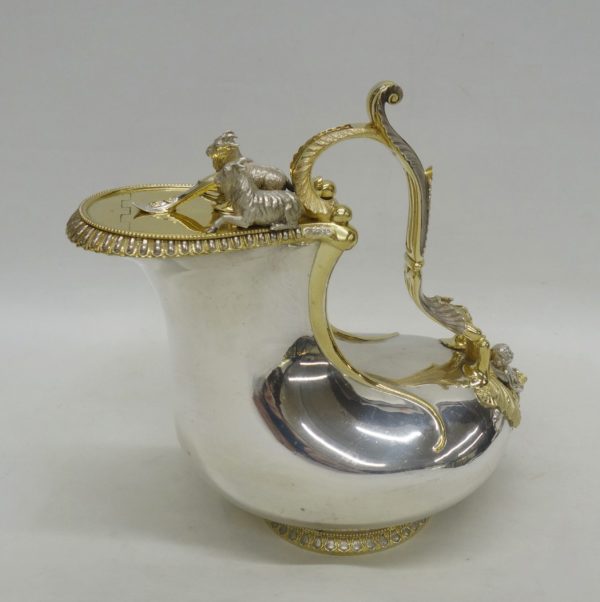 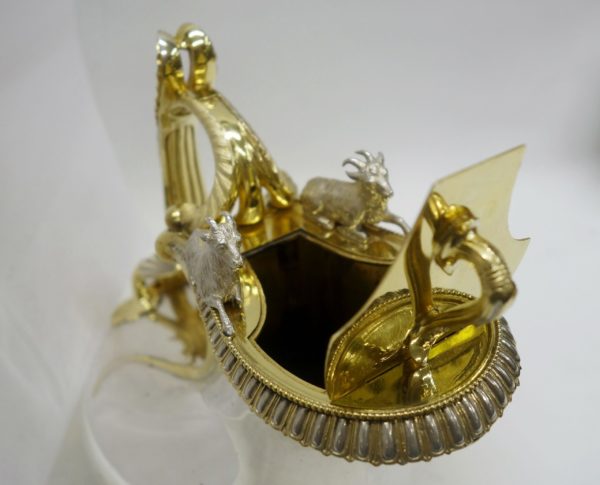 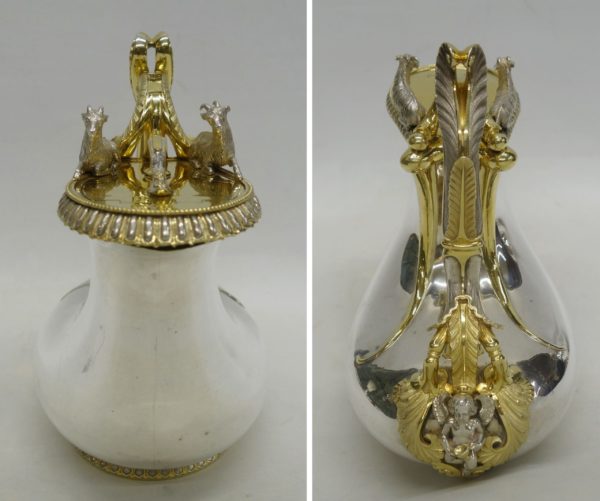 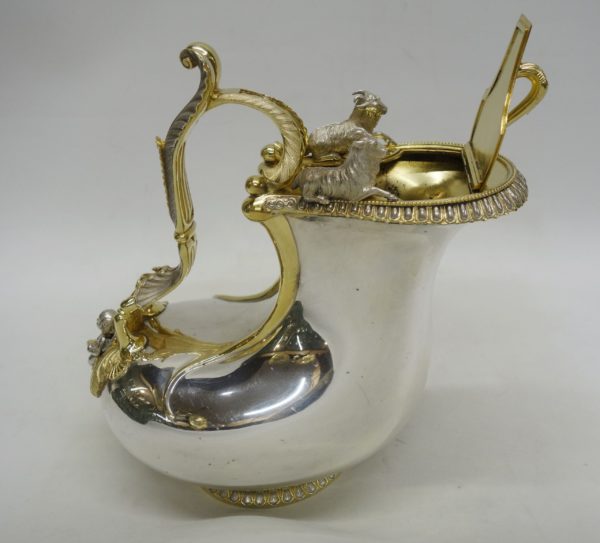 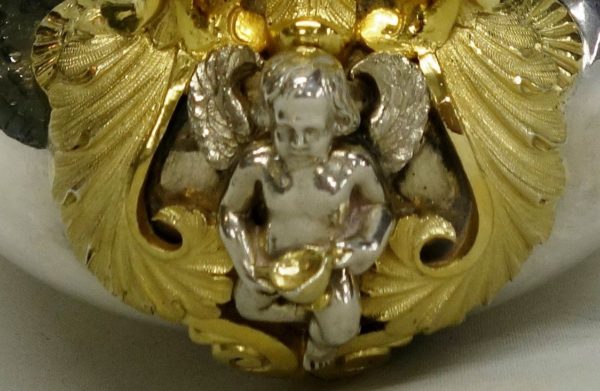 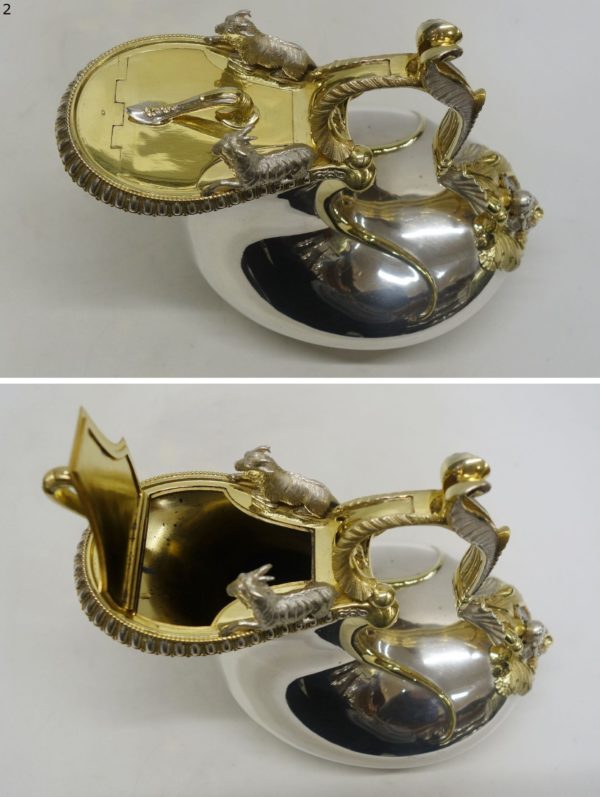 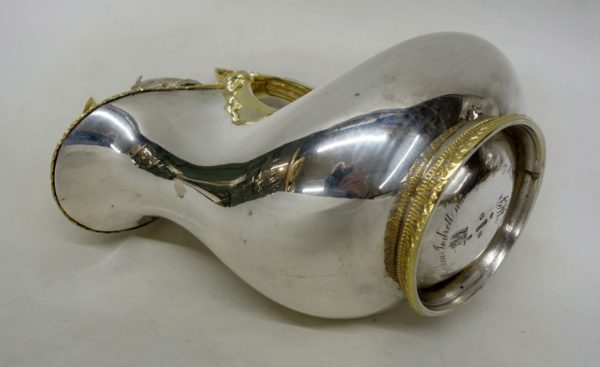 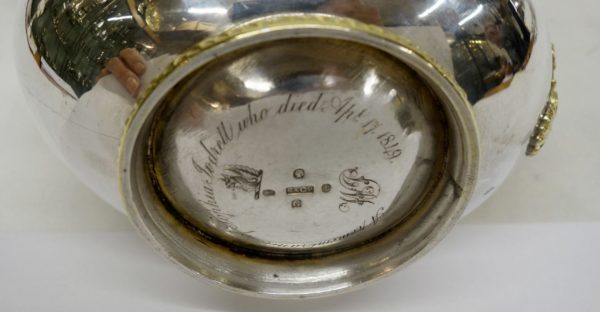 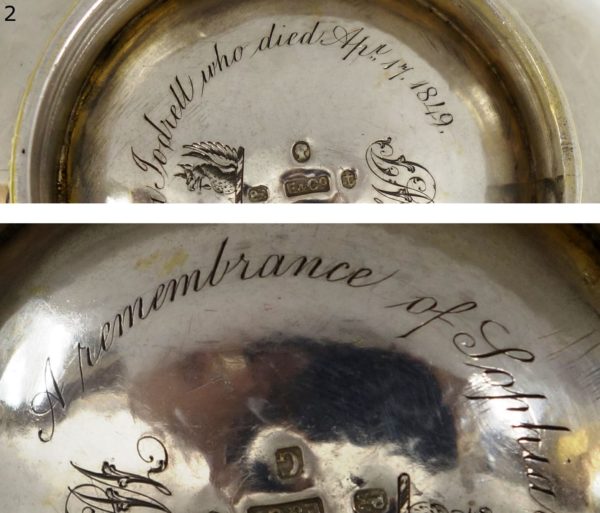 An excellent quality Victorian sterling silver jug in the classical Greek ascos form. Part gilded, the lid is mounted with...

An excellent quality Victorian sterling silver jug in the classical Greek ascos form. Part gilded, the lid is mounted with cast figural rams and has a concealed hinge; the ornamental curved handle finishes with a putti at the base. The liquid pours from a semi concealed aperture at the front. Hand engraved to the base is a family crest, monogram and presentation inscription. Contains 1070 ml. Weight 974 grams, 31.3 troy ounces. Height 21 cm. Spread 20 cm. Birmingham 1855. Made by Elkington & Co.

Literature: Ascos (askos) is the name given to a type of ancient Greek pottery vessel used to pour small quantities of liquids such as oil. It is recognisable from its flat shape and a spout at one or both ends that could also be used as a handle. They were usually painted decoratively like vases and were mainly used for storing oil and refilling oil lamps.
These were extensively traded in and around the Mediterranean.
The prestigious silversmith Paul Storr introduced this style of jug in sterling silver during the early 19th century, continued on by well known companies such as Hunt and Roskell and Elkington.

Signed/Inscribed: The inscription reads “A Remembrance of Sophia Jodrell who died April 17 1849”.

This decorative jug is in very good condition with no damage. The hand engravings are still crisp. Stamped underneath with a full set of English silver hallmarks, lid unmarked.