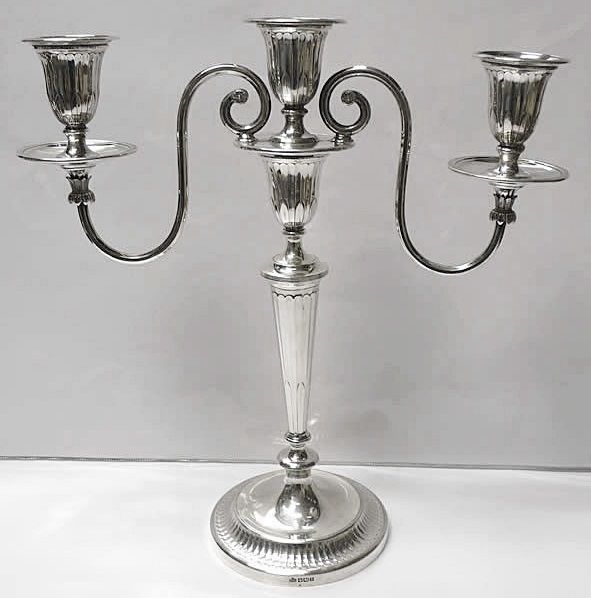 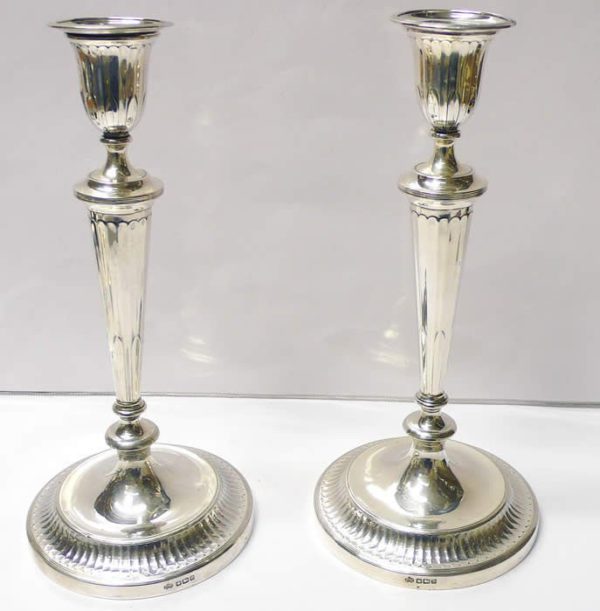 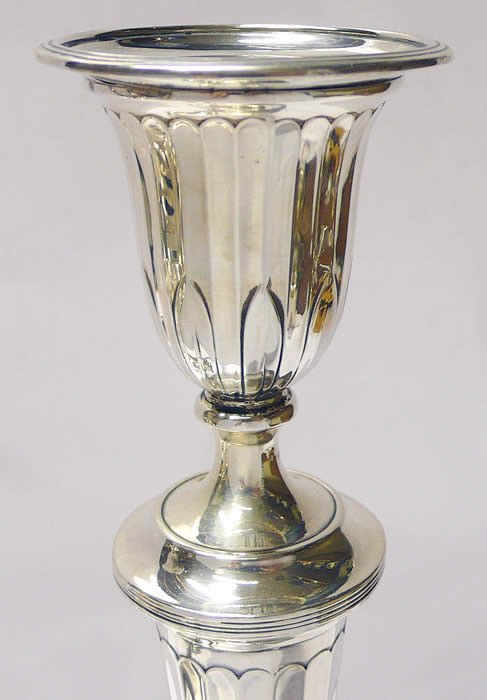 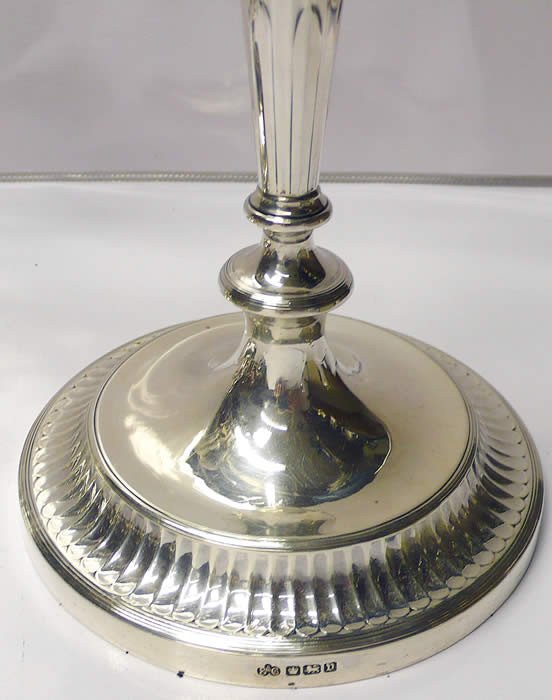 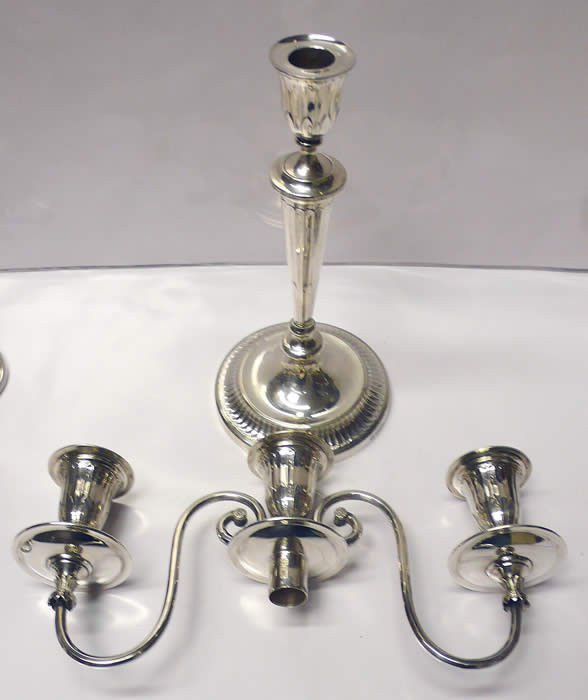 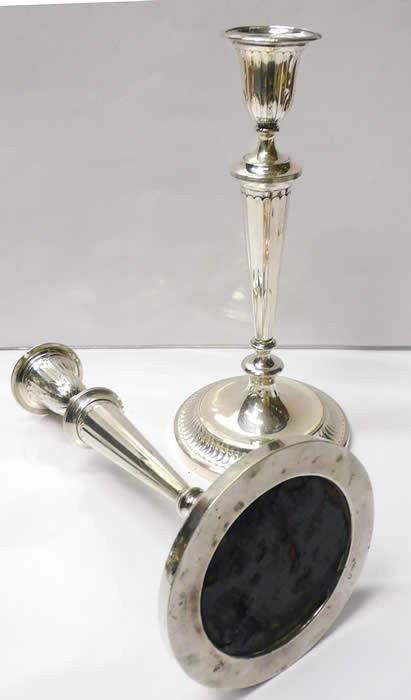 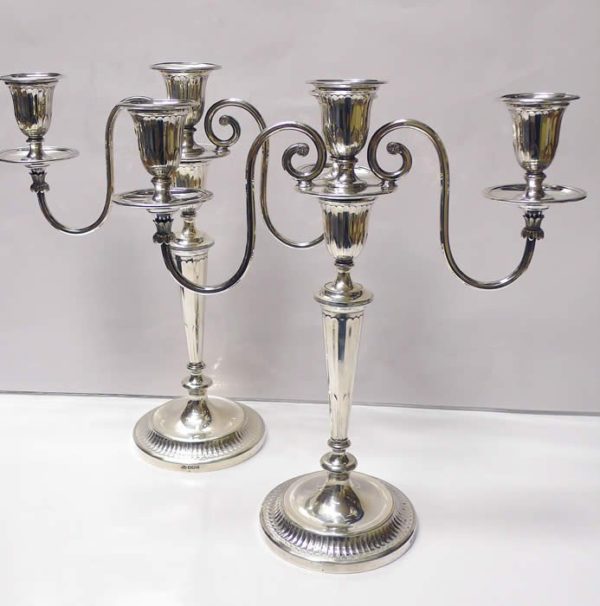 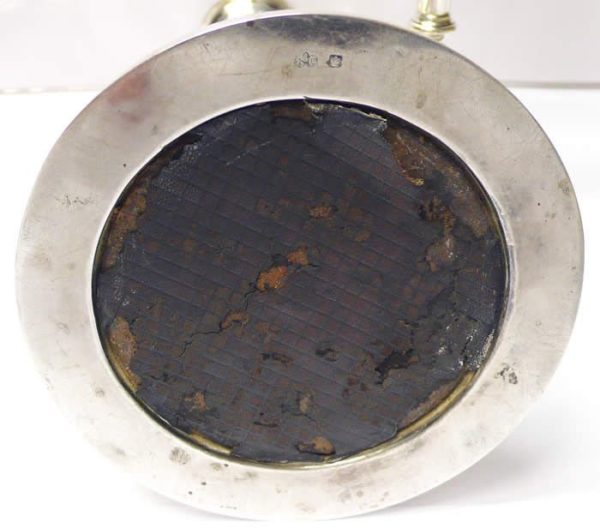 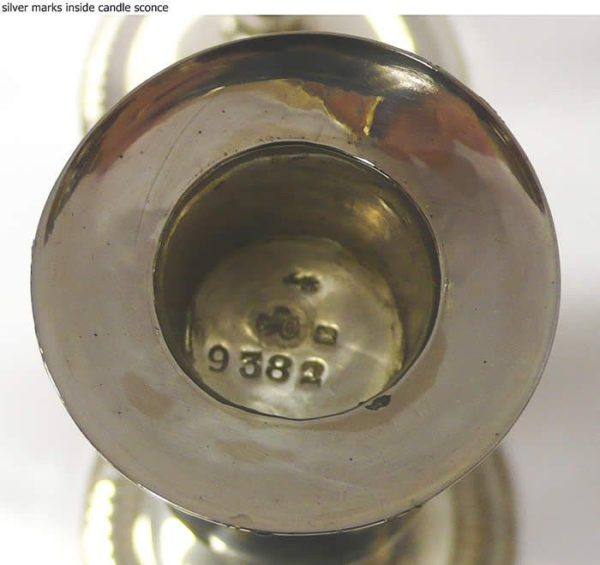 A classic pair of sterling silver candelabra in the 18th century style. Elegant tapering columns on round bases with fluted...

A classic pair of sterling silver candelabra in the 18th century style. Elegant tapering columns on round bases with fluted decoration. The silver tops have an attractive scroll form.

Marks. Every piece has a matching set of English silver hallmarks, all clear and easy to read.

This attractive pair of antique candelabras are in very good condition. All original.