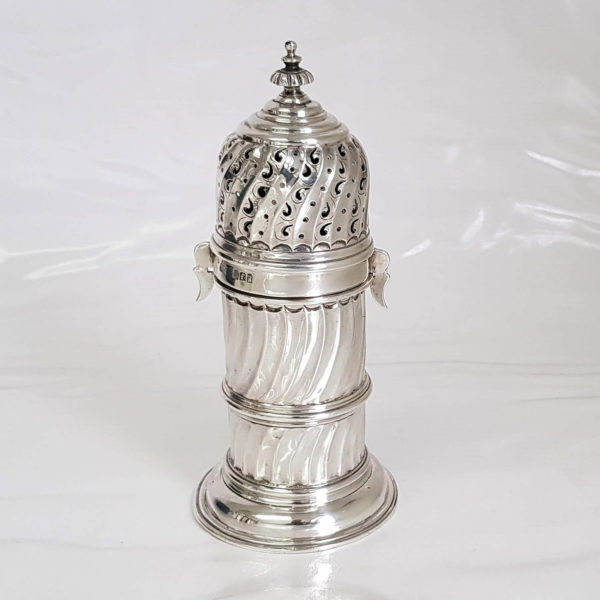 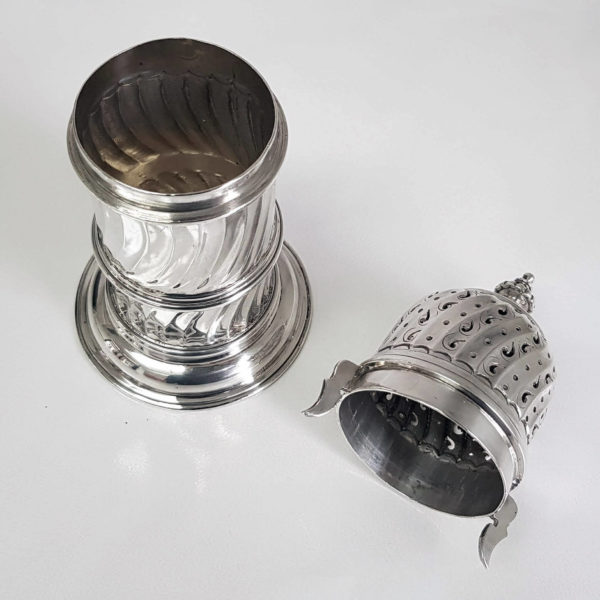 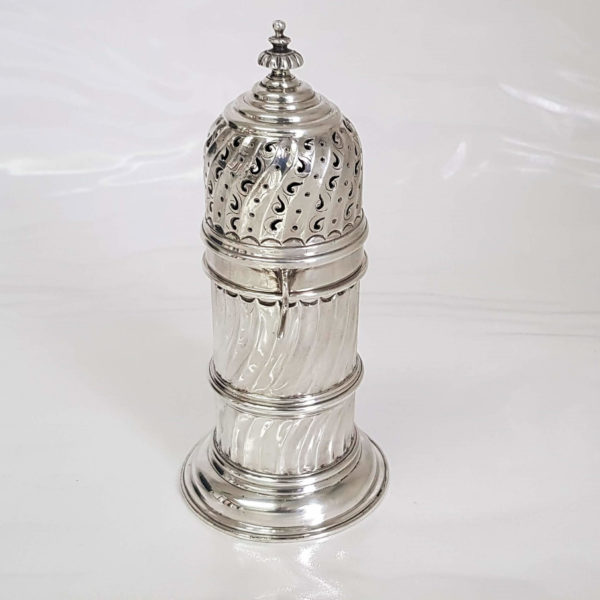 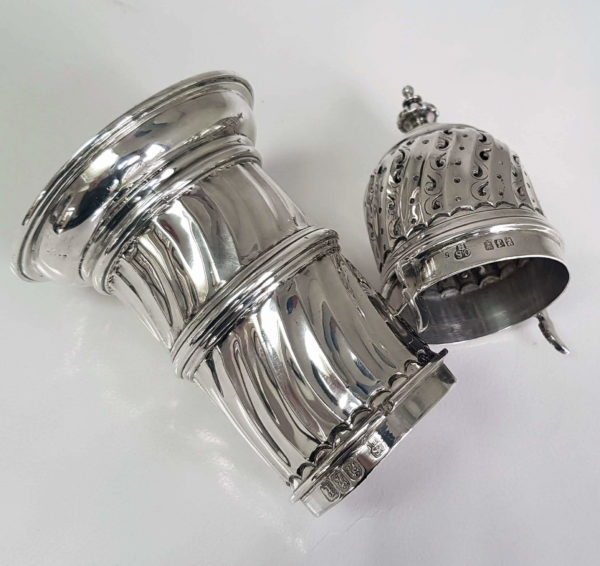 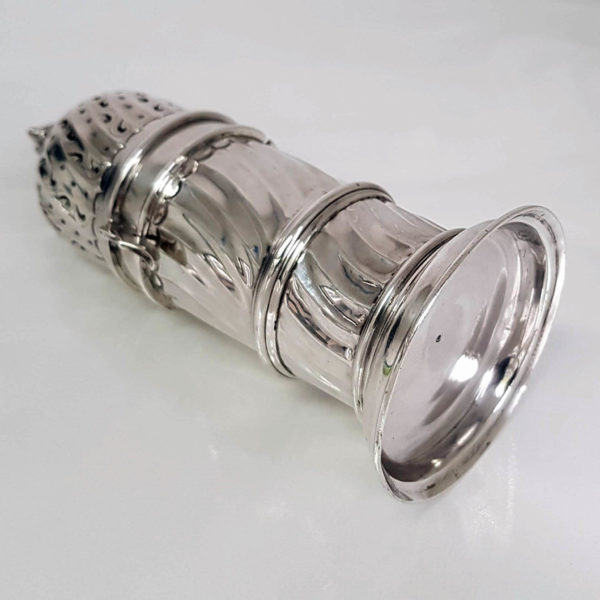 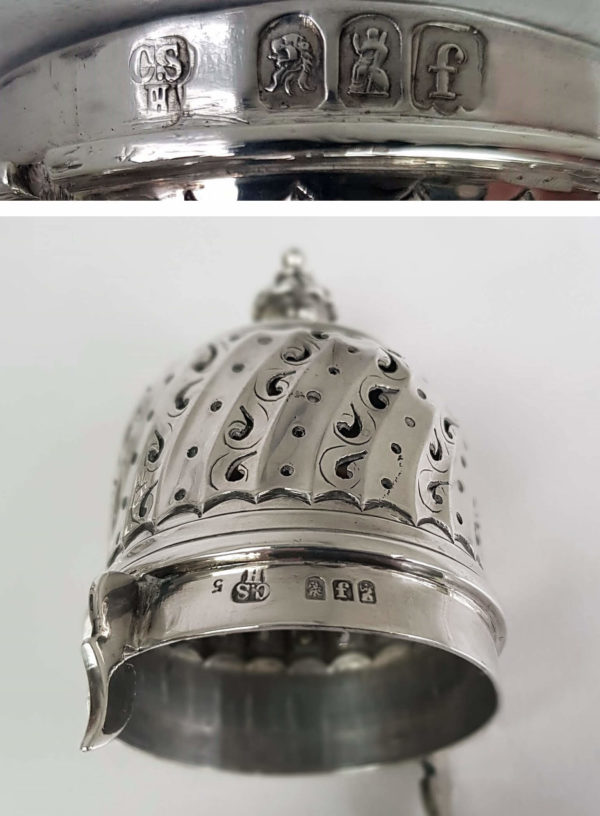 An early 20th century silver muffineer in the traditional lighthouse design with a bayonet fitting, typical of the late 17th...

Marks. Stamped with full English silver hallmarks to the body and top.

Literature: Casters didn’t become common household objects until the late 17th century. They were made in varying sizes and designs and were usually for sugar or pepper although the blind caster, the earliest form of mustard pot, was used for dry mustard. The old spelling ‘castor’ is less frequently used nowadays.

Charles Stuart Harris, a London firm of silversmiths, started in 1817 by John Mark Harris as a producer of silver spoons and forks, and developed into a major manufacturer of silver and plated wares at home and abroad by the 1870s. Tt seems that the business was continued by John Robert Harris, probably John Mark Harris's son. In 1843 he moved the business to larger premises in Hatton Garden, London where he stayed until 1852. In 1852 the business passed to Charles Stuart Harris, who was registered as an electro spoon and fork maker, electro plater and gilder and manufacturer of plated wares and, most importantly, a silversmith. The company was registered in his name in 1881, and expanded into salvers and tea trays, tea and coffee services, cups, bowls, dinner wares, and condiment sets. Shortly afterwards the business acquired the two businesses of the Houle and Harris Brothers and in 1887 became the limited liability company C. H Harris Ltd, retailing also a wide range of related goods, such as wire and lace, silver, gold, diamonds jewellery, watches and cutlery. It is recorded that by 1900 C. H. Harris, Ltd. sent more silver to the Assay Office than any other maker. The prolific nature and scale of the company alludes to the success of both the financial faction of the business, as well as the ability and foresight to provide high quality, popular silverware which was practical for many middle class families. Harris retired shortly after the turn of the 20th century, and died on 23 September 1918. His business operated and traded under his name until its merger with I. Freeman and Company in 1933.