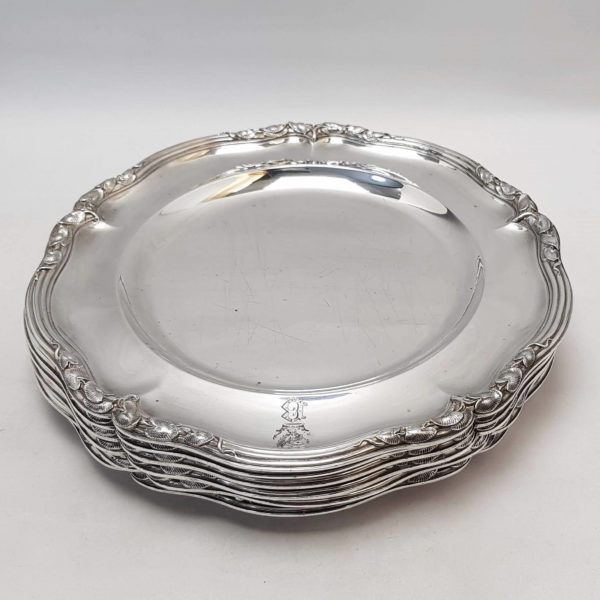 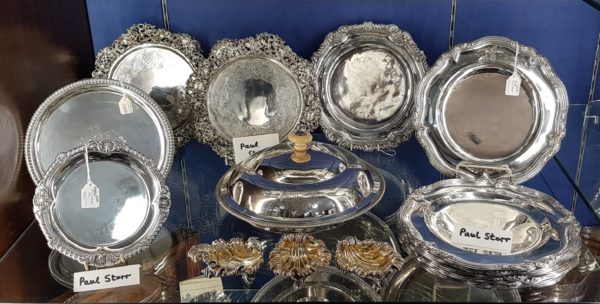 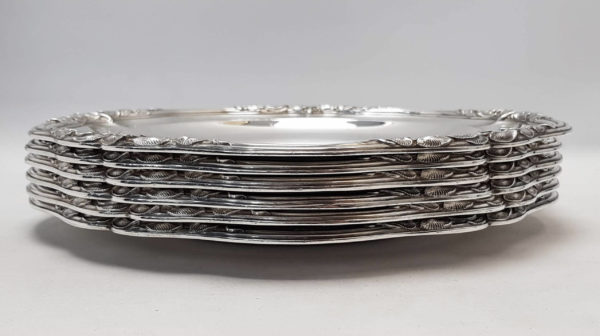 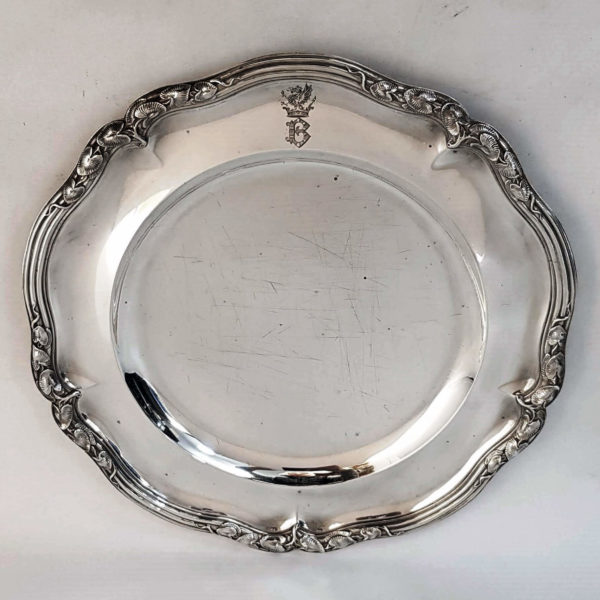 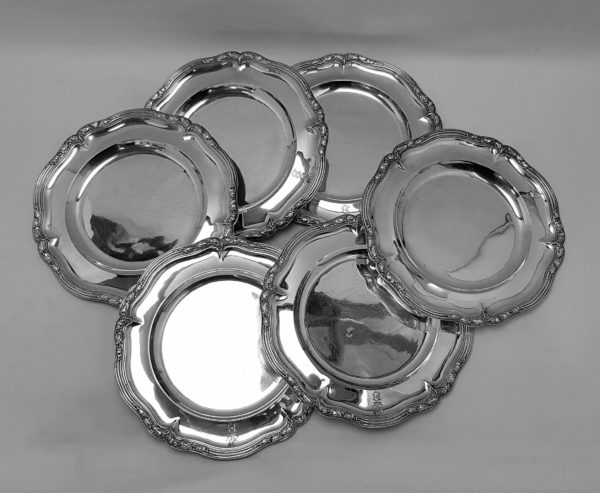 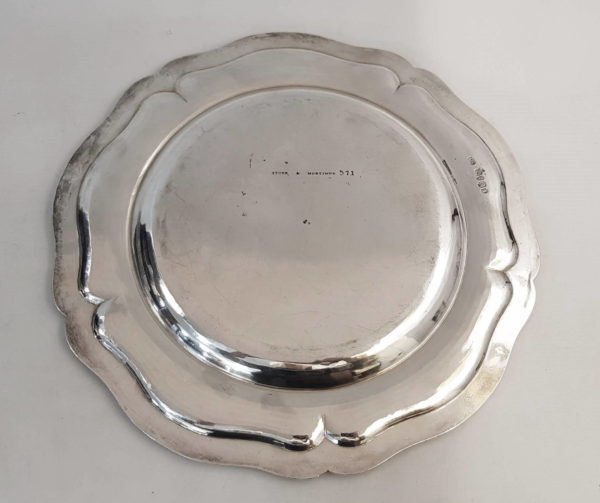 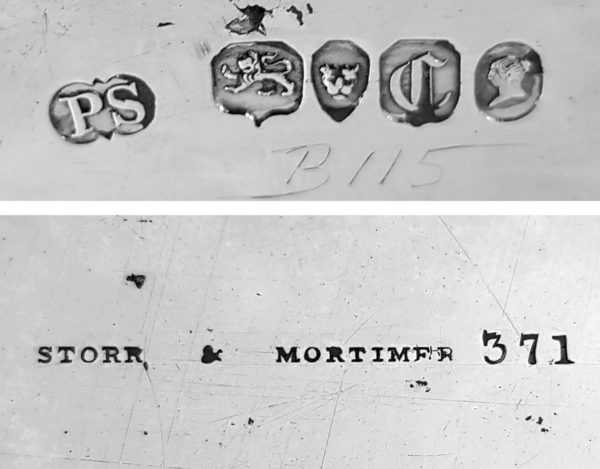 A handsome set of 6 antique silver plates with plain styling, shaped reeded borders and applied lily leaf decoration. Good size and weight. To one edge is the hand engraved crest of a dragon over a crown with the initial “B” below. Excellent quality and manufacture as you’d expect from this world famous silversmith.

Marks. Each stamped on the reverse with a full and matching set of English silver hallmarks.

Literature. Antique Silver Dinner Plates and Meat Dishes. Dinner plates were usually made in dozens and larger quantities and often came as part of a suite of dishes including soup plates, oval serving plates and mazerines. These dishes very often came from grand houses and have finely executed coats of arms.

This fabulous set of silver plates is in very good condition. The engraving is crisp. There is some light scratching and wear from use and this has not been polished away.