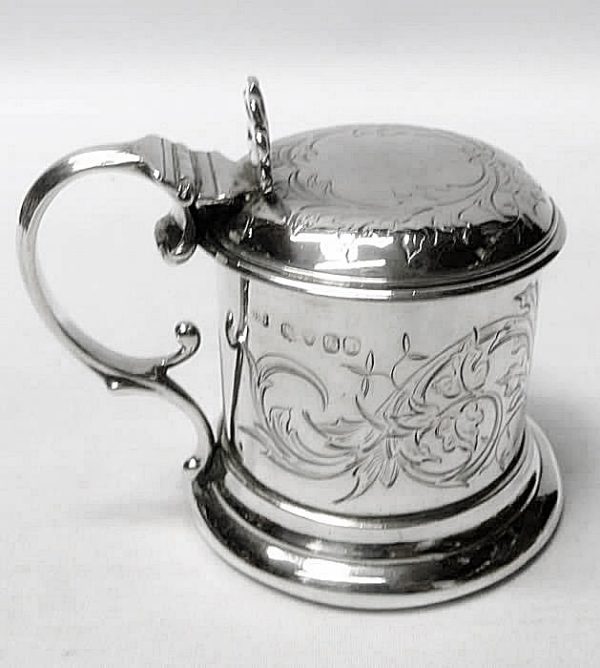 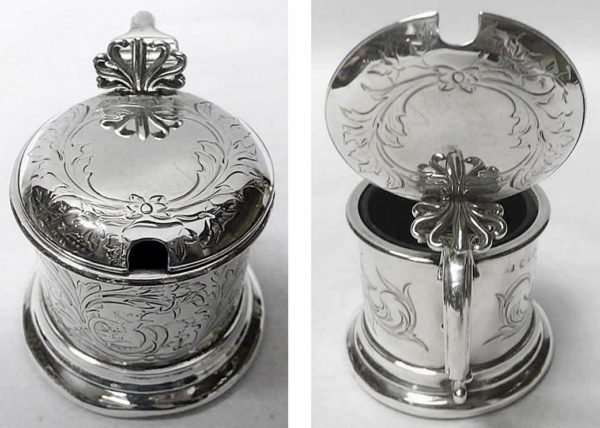 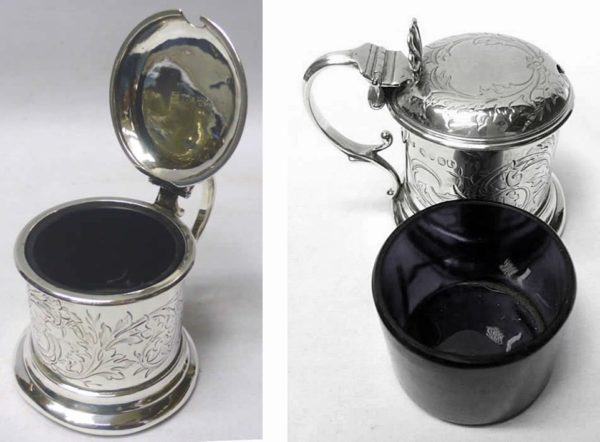 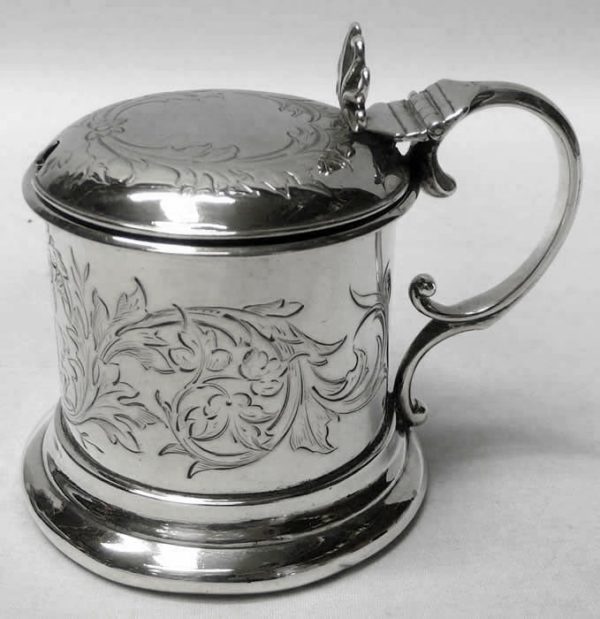 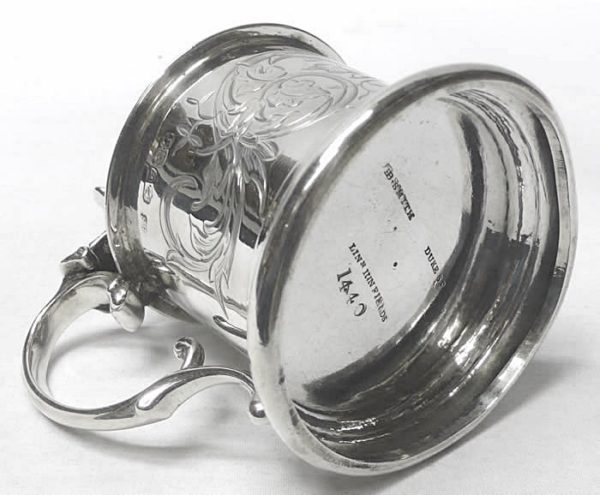 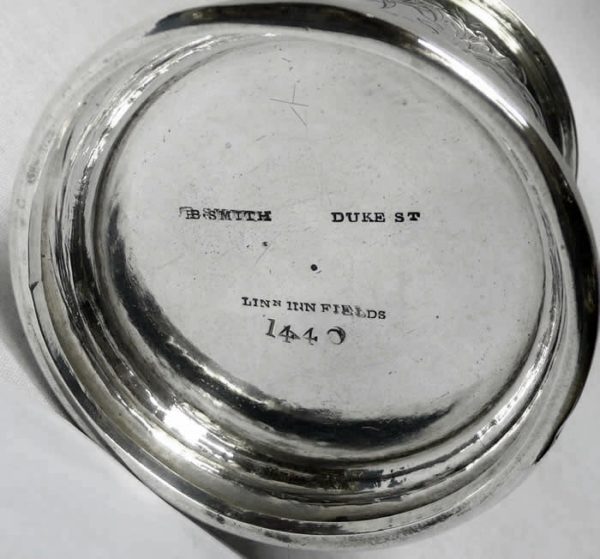 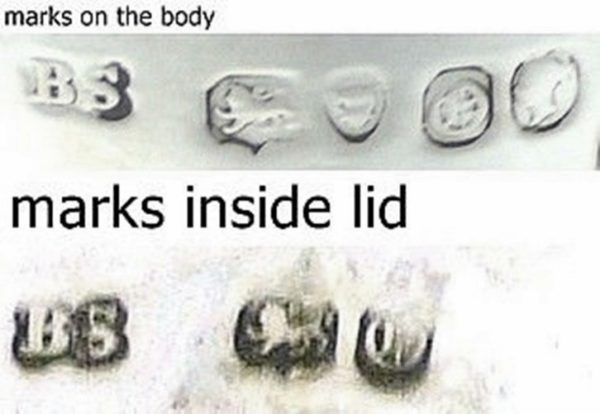 An excellent sterling silver mustard pot of circular form with a hinged lid by the highly regarded Benjamin Smith. The...

An excellent sterling silver mustard pot of circular form with a hinged lid by the highly regarded Benjamin Smith. The body and lid with a pretty hand engraved decoration with flowers and scrolls, the front with a crest of a stag encircled by a snake. Original blue glass liner.

This fine silver mustard is in very good condition. The top and bottom are stamped with matching silver hallmarks. The engraving is still crisp. The blue glass liner is original. The bottom is just slightly not quite round. Please note that this item is not new and will show moderate signs of wear commensurate with age. Reflections in the photograph may detract from the true representation of this item.