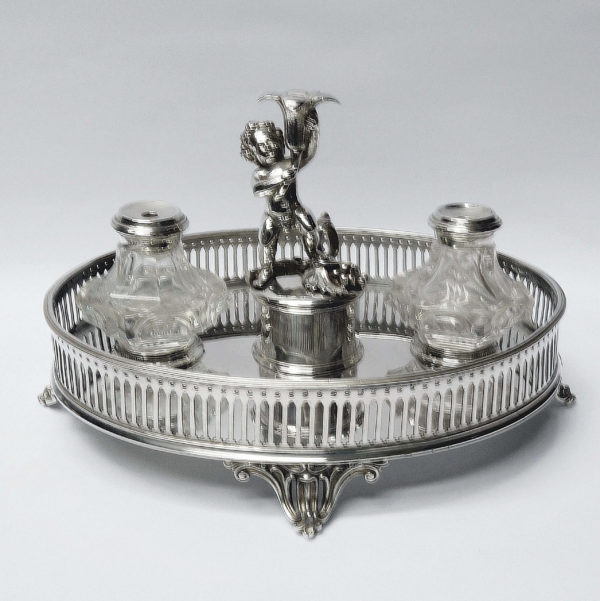 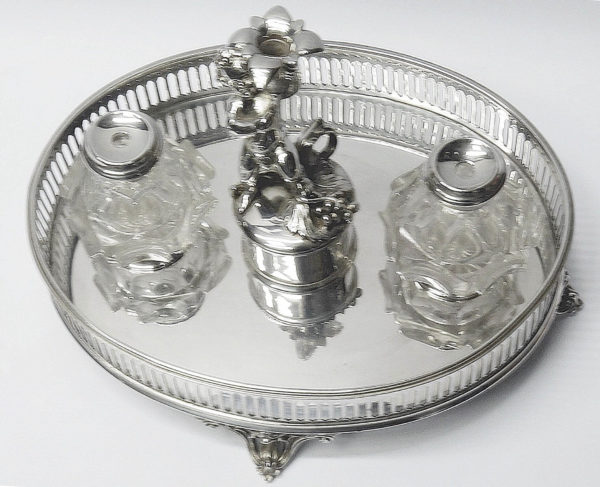 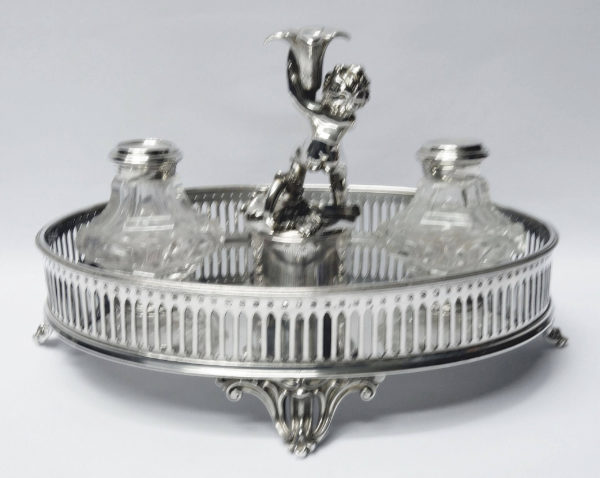 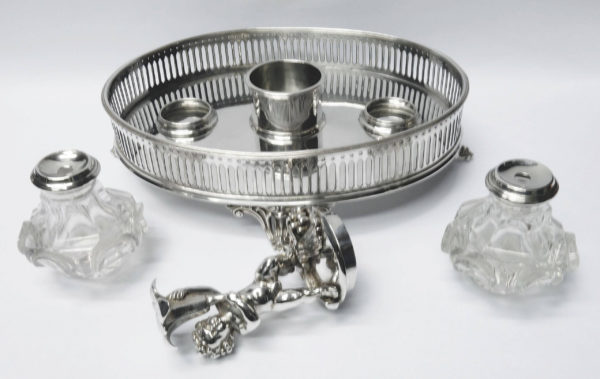 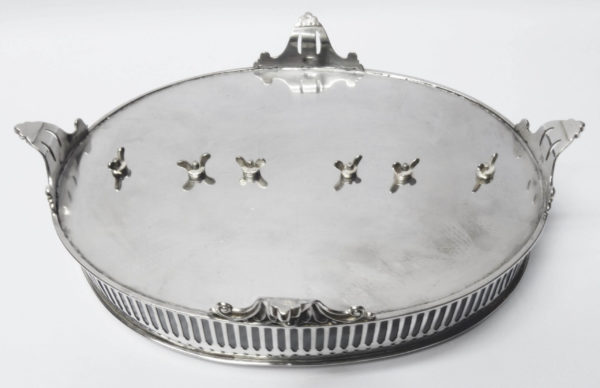 A fine quality antique inkstand with an oval pierced gallery. To the centre the cherub figure is holding a taper...

A fine quality antique inkstand with an oval pierced gallery. To the centre the cherub figure is holding a taper stick and can be removed to use the circular box below for pen nibs etc. The two crystal faceted ink bottles have silver plated tops and cut star bases.

The edge of the nib box has silver plate marks for Elkington & Co; date cypher for 1849.

This unusual desk stand is in very good condition. The silver plate has no wear. The glass ink bottles are undamaged and have just a few frit marks.