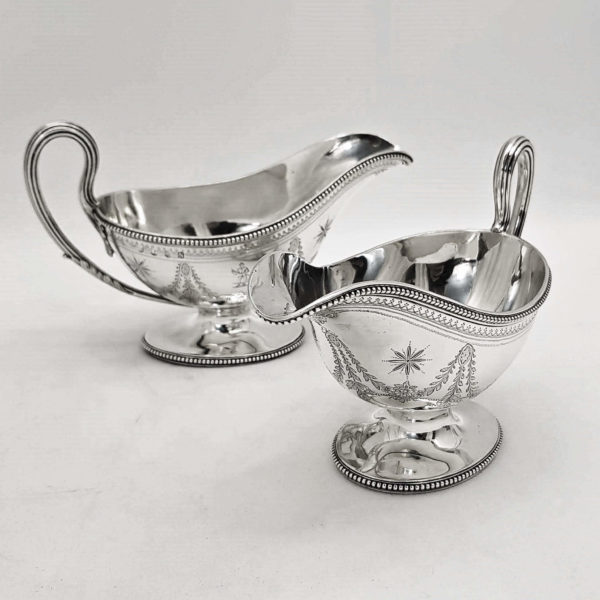 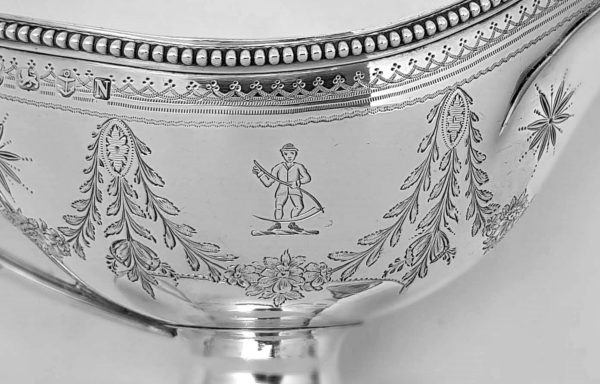 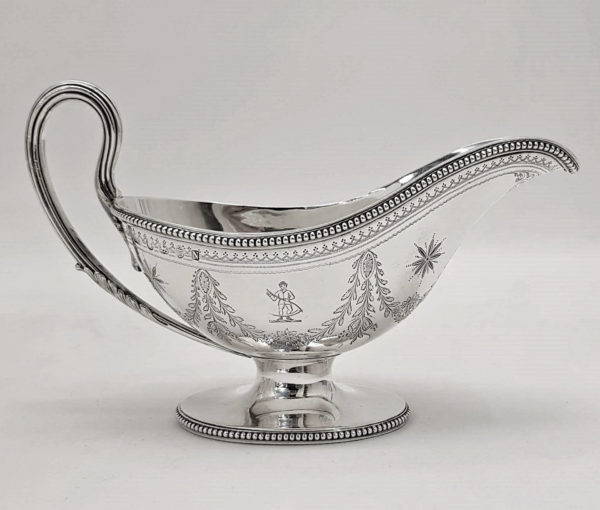 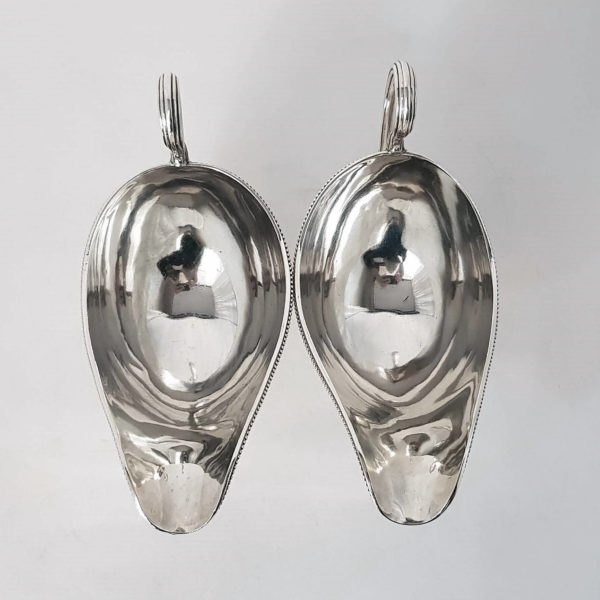 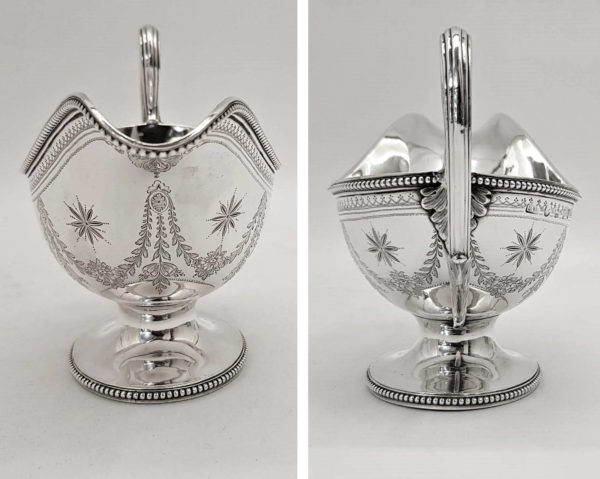 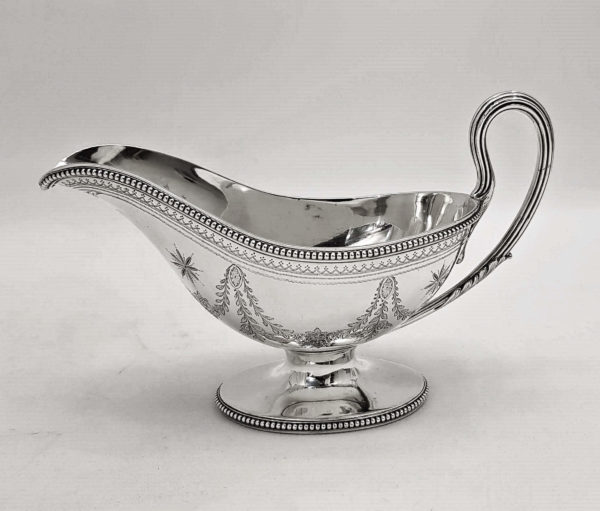 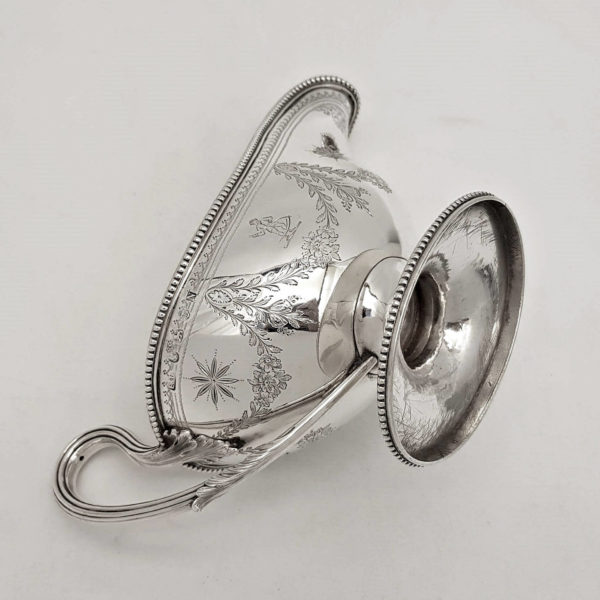 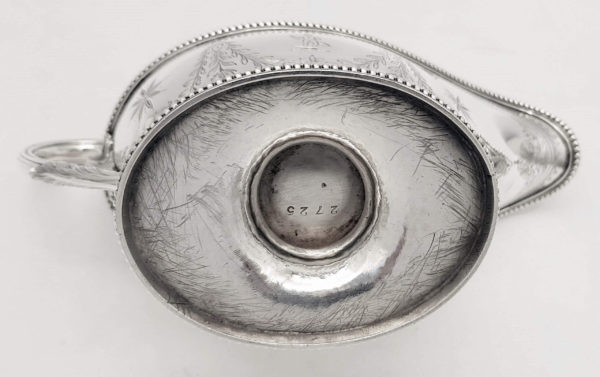 An elegant pair of antique silver sauceboats with beaded borders. The bright cut engraving is particularly attractive. Each gravy jug...

An elegant pair of antique silver sauceboats with beaded borders. The bright cut engraving is particularly attractive. Each gravy jug has a hand engraved crest to the front of a gentleman holding a scythe.

In very good condition. Each is stamped with a full and matching set of English silver hallmarks.