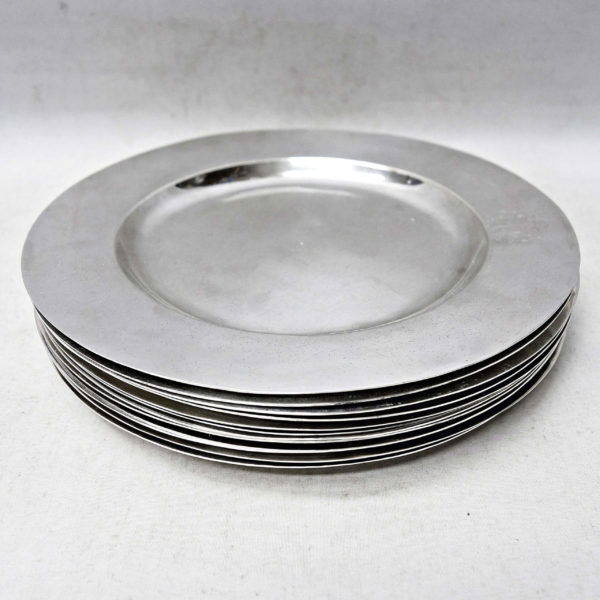 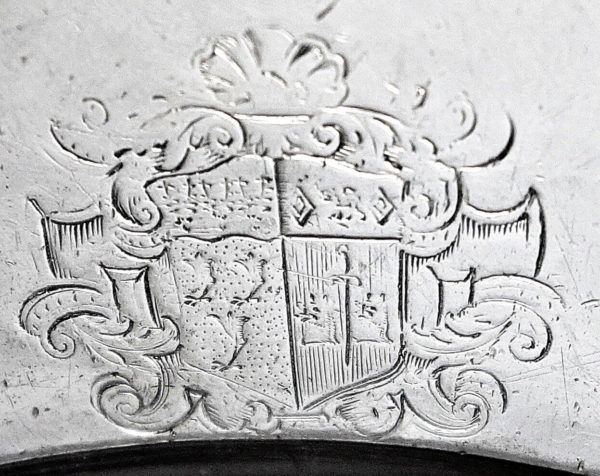 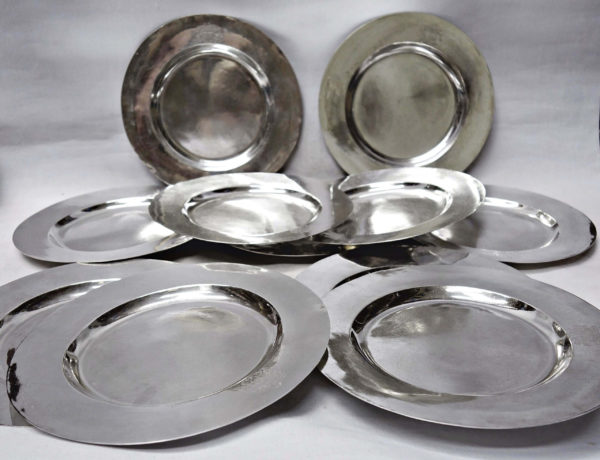 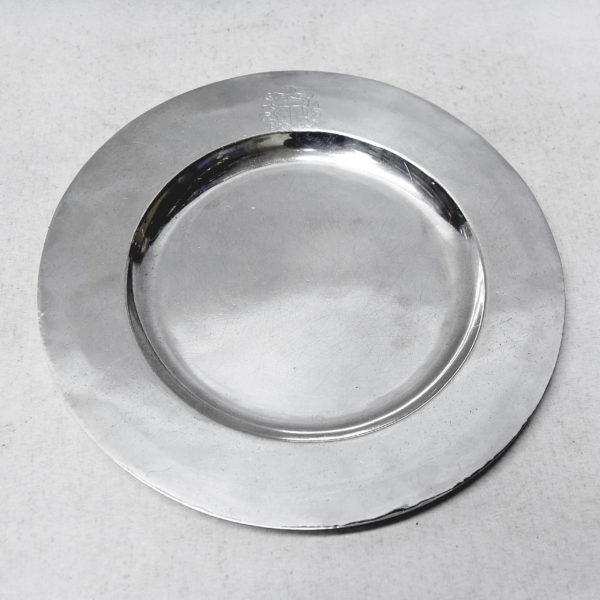 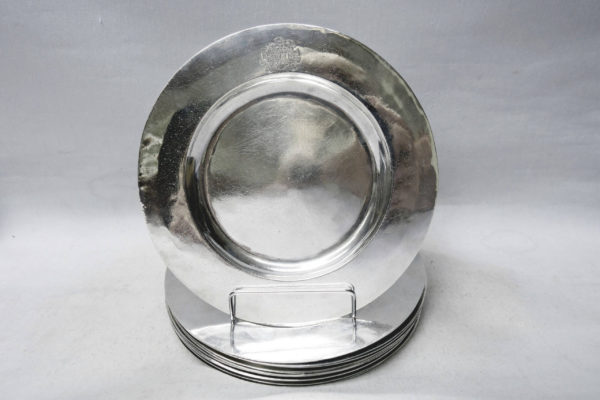 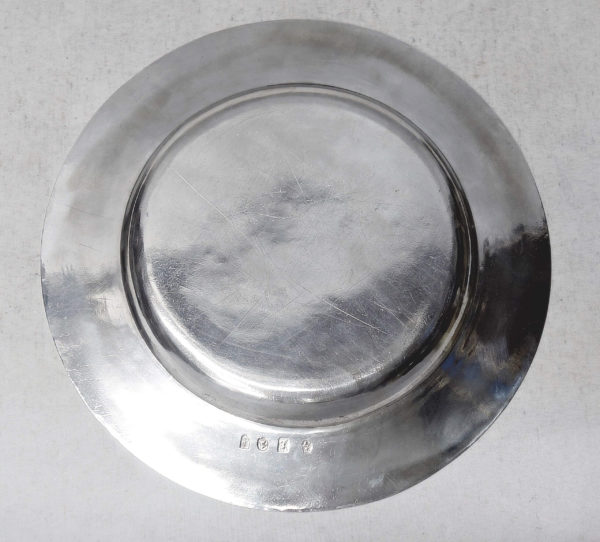 A rare set of 12 antique silver plates of plain design with a broad rim. Britannia standard silver*. Each has...

A rare set of 12 antique silver plates of plain design with a broad rim. Britannia standard silver*. Each has a hand engraved coat of arms for Stanley impaling Sloane. Lovely patina and excellent original condition. This is the earliest form of plate you can hope to find in a dozen set.

Marks. Each has a matching hand engraved armorial which is still sharp with a small amount of wear. To the reverse side of each is a full and matching set of clear English silver hallmarks.

Literature: *Britannia Standard silver. In 1696, so extensive had become the melting and clipping of coinage that the silversmiths were forbidden to use the sterling standard for their wares, but had to use a new higher standard, 95.8 per cent pure. New hallmarks were ordered, “the figure of a woman commonly called Britannia” and the lion’s head erased (torn off at the neck) replacing the lion passant and the leopard’s head crowned. This continued until the old standard of 92.5 per cent was restored in 1720. Britannia standard silver still continues to be produced even today.

Signed/Inscribed: The arms are those of Stanley impaling Sloane, for George Stanley Esq. (d.1733), of Paultons, co. Southampton and his wife Sarah (d.1764) daughter of Sir Hans Sloane 1st Bt., (1660-1753), physician to King George I and Fellow and President of the Royal Society. George Stanley and Sarah Sloane were married in 1719 and their son Hans Stanley (1720-1780) was born a year later. He later became a Tory member of Parliament for Southampton in 1754, Privy Councillor and ambassador-extraordinary to St. Petersburg. George Stanley died at his own hand in 1733.

These silver dishes are in very good condition. There is some light surface scratching from used over the years.

Ralph Leake (or Leeke), London silversmith. Little is known about this fine 17th century silversmith however at some point he was working for the King’s goldsmith Sir Robert goldsmith and he also worked with Sir Christopher Wren. Leake left a legacy of fine silverwares, many of which are on show in museums and galleries worldwide such as: 1. silver gilt chalice and paten dated 1683-1684 in the V & A collection. 2. The Royal Hospital Chelsea has a collection of magnificent silver-gilt altar plate hall-marked 1687-8 by Ralph Leake. 3. French fountain in the Getty Museum 4. Two wine cisterns – one in the V & A, the other belonging to the Goldsmith’s Company 5. The Marquess of Winchester’s Cup, one of the outstanding pieces of the Winchester College Collection.