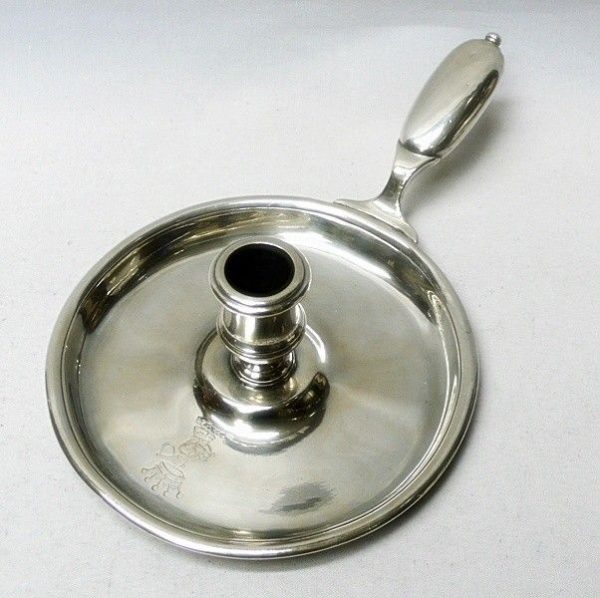 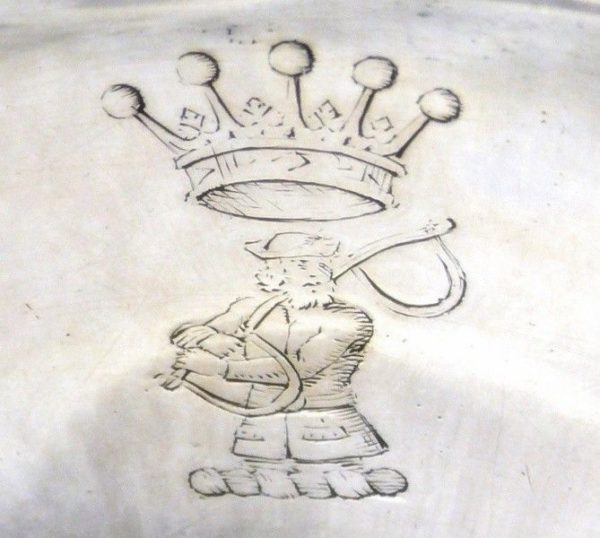 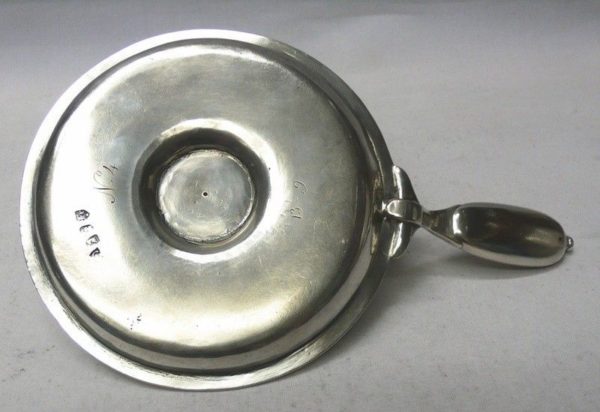 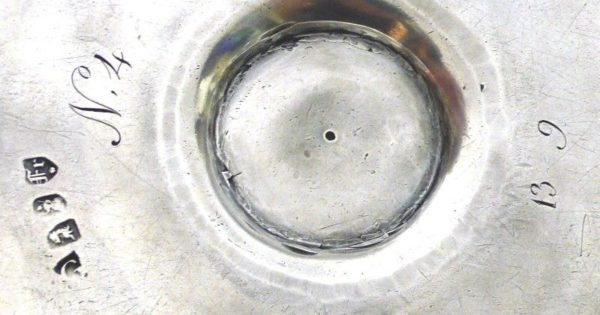 A rare early English silver chamber stick (also known as a go to bed) with the solid design and excellent...

A rare early English silver chamber stick (also known as a go to bed) with the solid design and excellent heavy gauge silver as you’d expect from this date. It has the early form with a flat teardrop handle and broad drip pan. The circular base is hand engraved with the crest of a crown over a gentleman carrying a double scythe.

Marks. With a full set of English silver marks, all very clear apart from the Britannia mark which is badly struck.

Literature: Chambersticks first made an appearance in the 17th century and early examples are now very hard to find. Originally they were made in sets as a household would need many chamber sticks. They were used for lighting the way to bed and because of the movement created when they were carried about they needed a large drip pan to catch the wax. The earliest examples have straight handles (first flat, then tubular) which were superseded in the first part of the 18th century by a ring handle. Gradually the design evolved and from the mid 18th century onwards they usually had a matching conical snuffer although from about 1790 onwards some were made with an aperture at the base of the stem to take a pair of scissor snuffers.