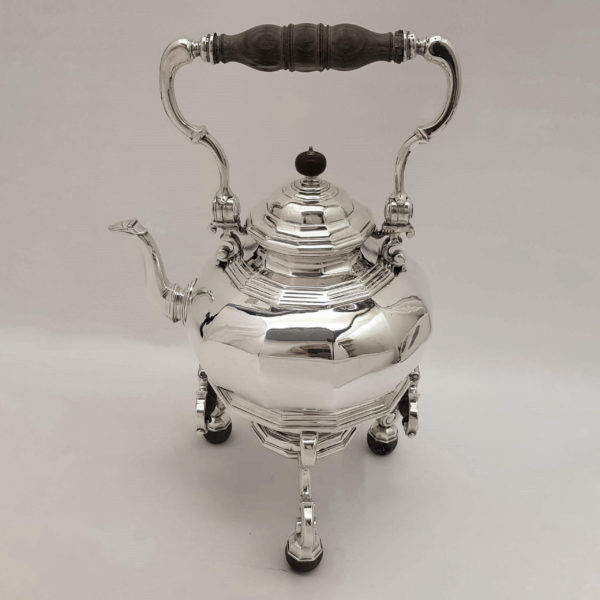 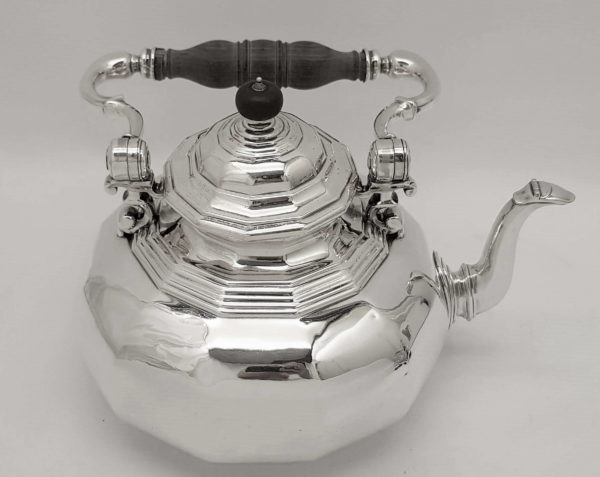 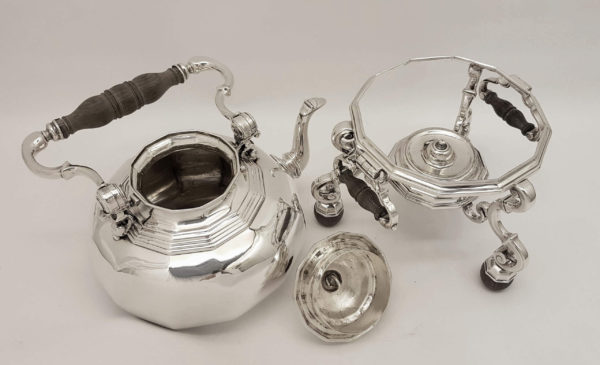 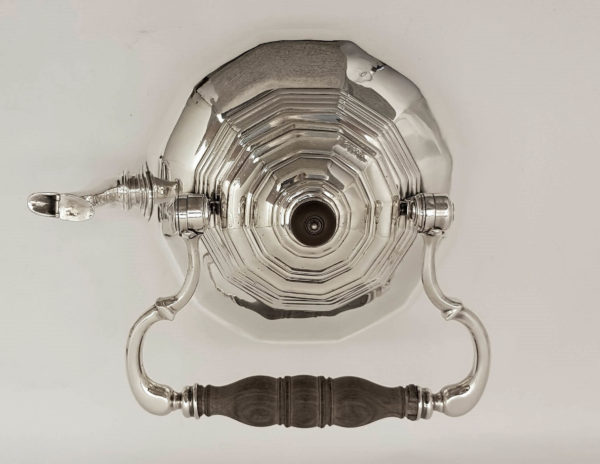 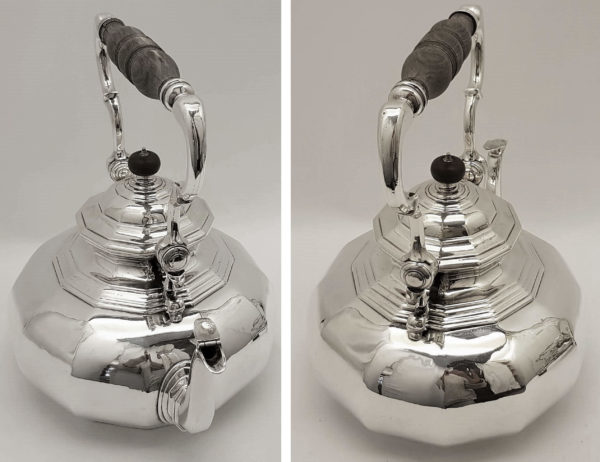 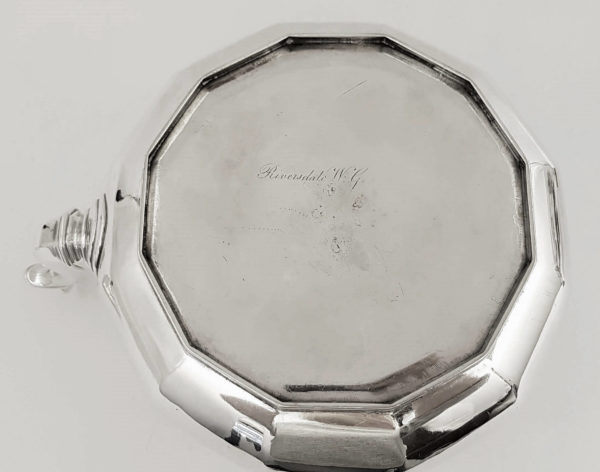 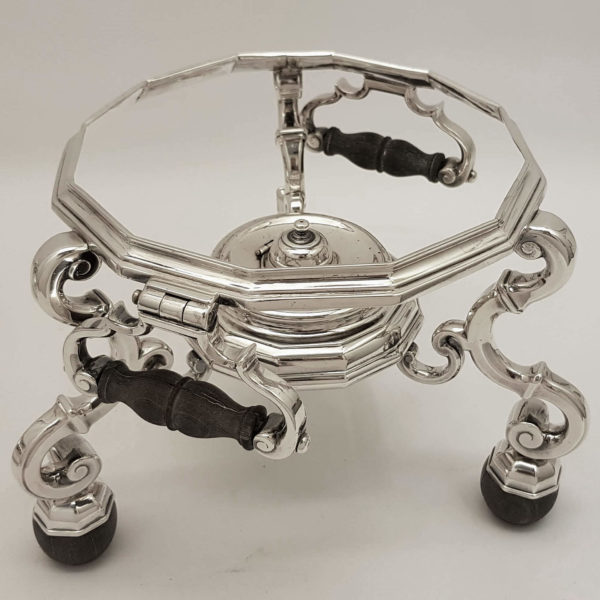 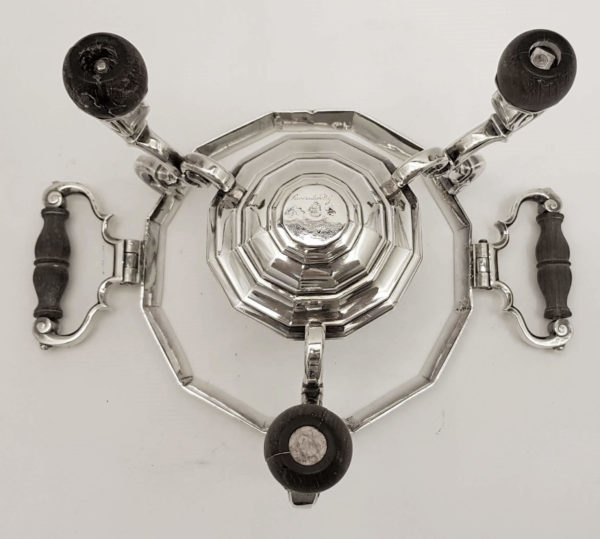 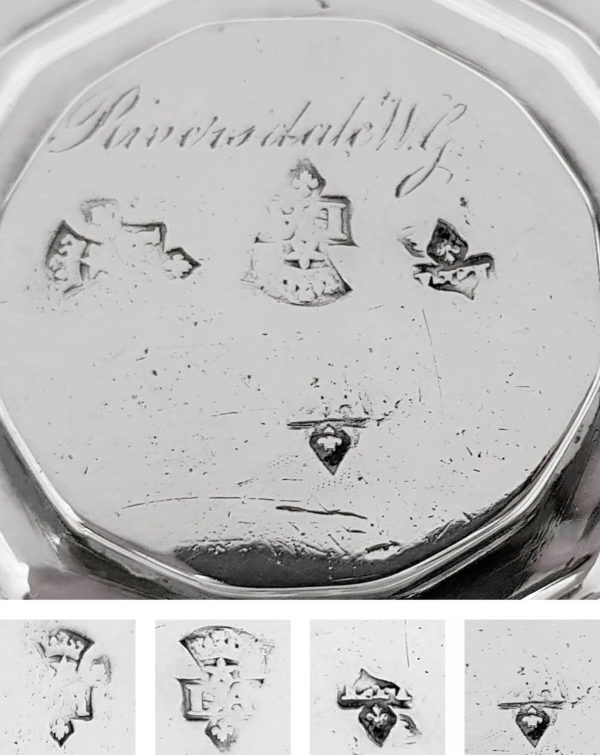 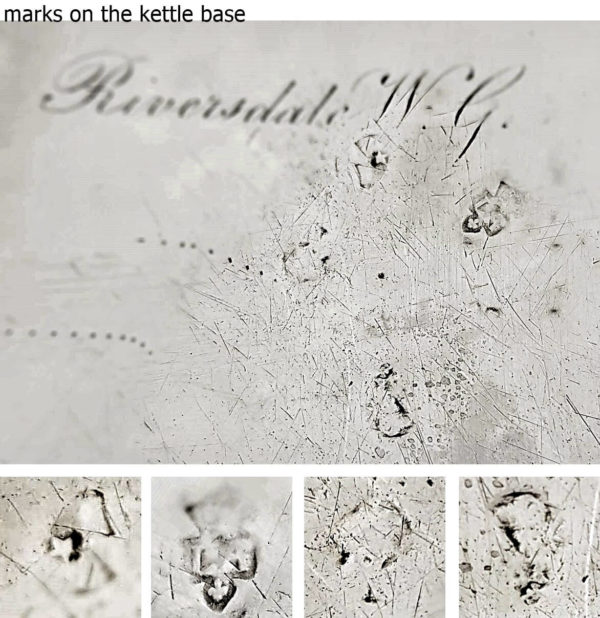 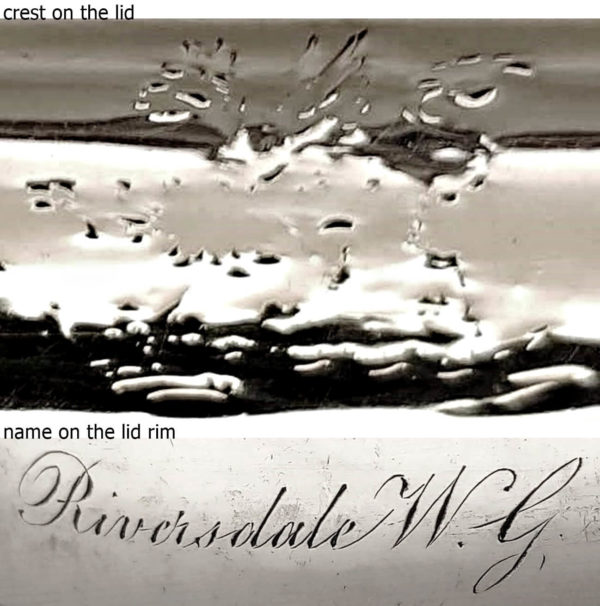 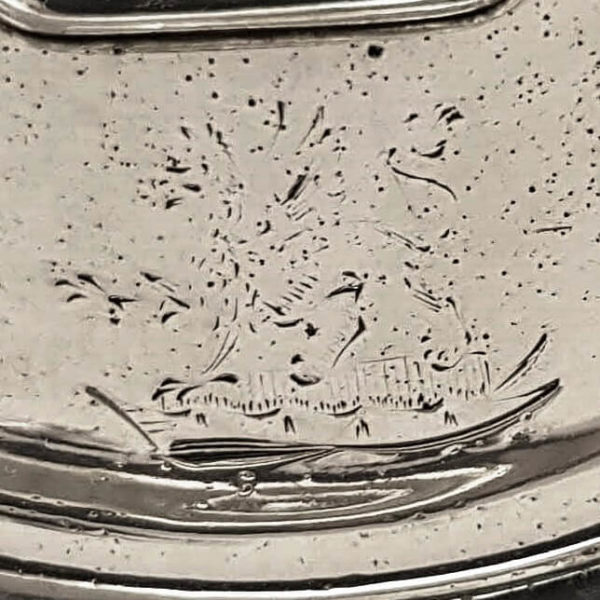 A large and imposing antique silver samovar of plain design having a wooden swing handle and 12-sided baluster design. By...

A large and imposing antique silver samovar of plain design having a wooden swing handle and 12-sided baluster design. By the sought after Huguenot silversmith Paul de Lamerie. Britannia standard silver*. Very heavy gauge silver. The matching burner stand has carrying handles and stands on large wooden ball feet; it has a removable burner well with push on top and flip cap for the wick. Excellent colour and hand hammered finish. A nice feature is the hinged cover to the pouring spout. Engraved with a crest and name “Riversdale W.G”.

Marks/cyphers.
-Makers mark struck 4 times to the kettle base (marks rubbed) and 4 times to the stand (marks clear); lid and oil reservoir unmarked. The Paul de Lamerie -“LA” Britannia mark was entered in 1713 and superseded by the “PL” sterling mark in 1733.
-Engraved crest to 1)lid and 2)burner top (worn).
-The name “Riversdale W.G” is engraved to 1)lid rim 2)kettle base 3)stand base 4)oil reservoir cover rim; the initial “G” is engraved to the burner top.

Literature: *Britannia Standard silver. In 1696, so extensive had become the melting and clipping of coinage that the silversmiths were forbidden to use the sterling standard for their wares, but had to use a new higher standard, 95.8 per cent. New hallmarks were ordered, “the figure of a woman commonly called Britannia” and the lion’s head erased (torn off at the neck) replacing the lion passant and the leopard’s head crowned. This continued until the old standard of 92.5 per cent was restored in 1720. Britannia standard silver still continues to be produced even today.

This impressive antique silver kettle is in very good condition. Stamped with matching maker’s mark and cyphers (some rubbing). A few minor bruises. One of the wooden ball feet has been reglued. Fully functional and usable. Please note that this item is not new and will show moderate signs of wear commensurate with age. Reflections in the photograph may detract from the true representation of this item.