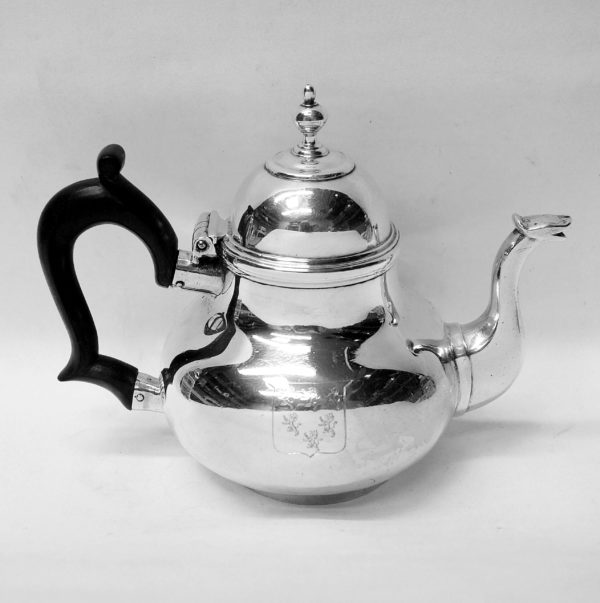 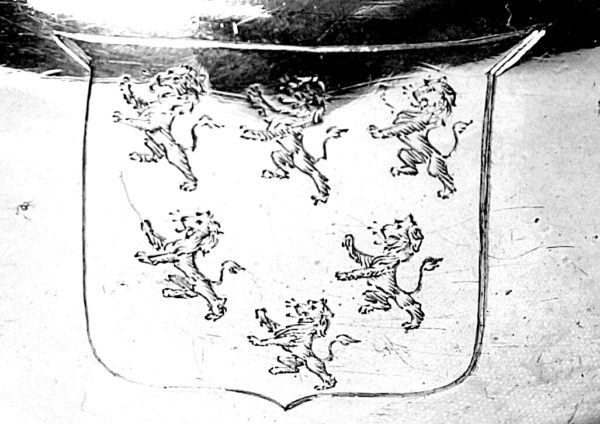 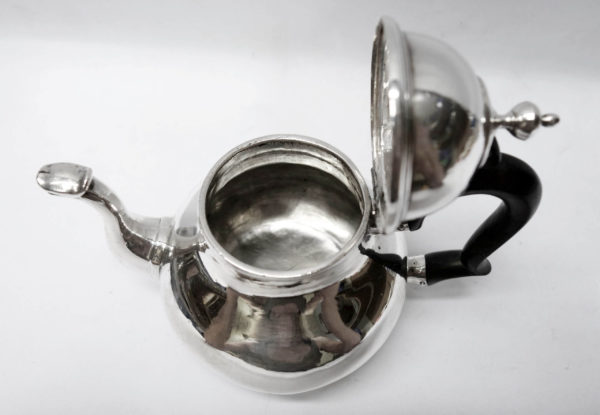 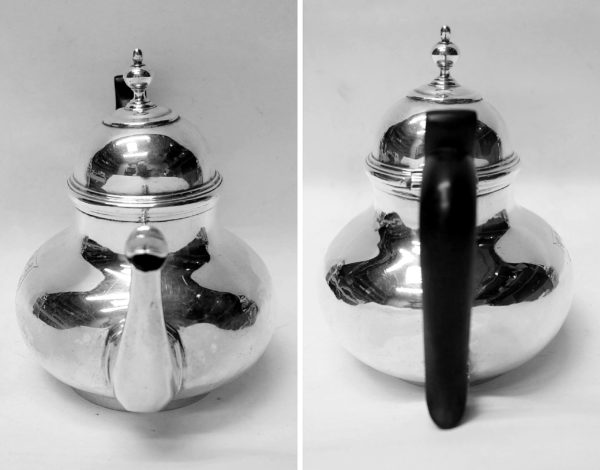 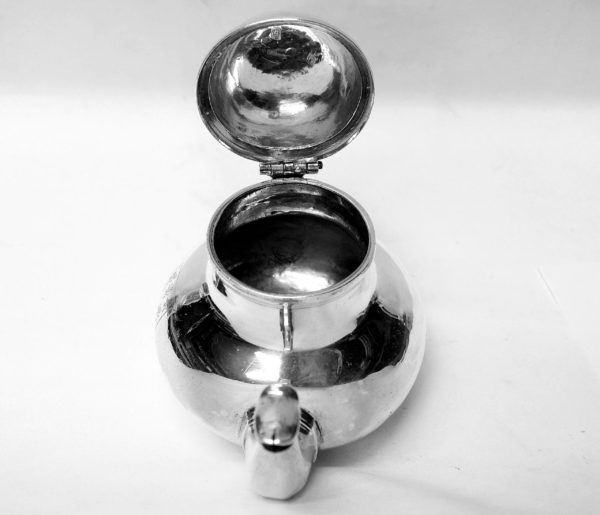 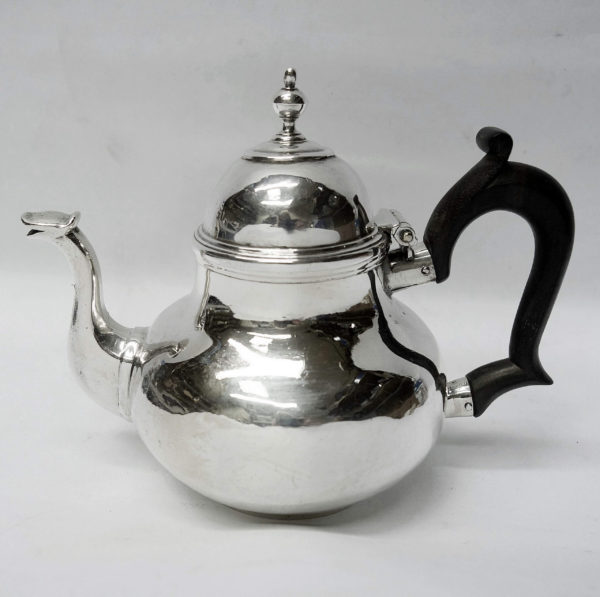 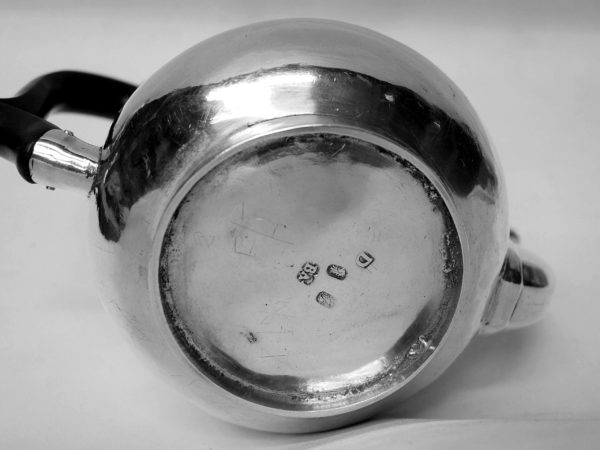 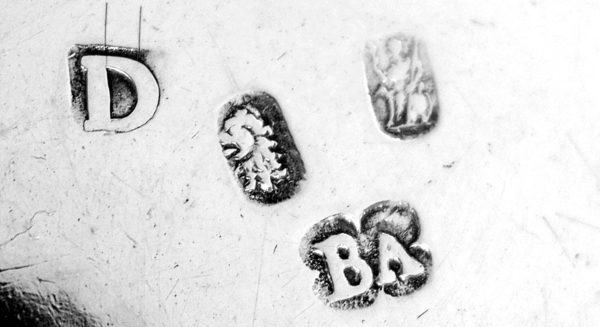 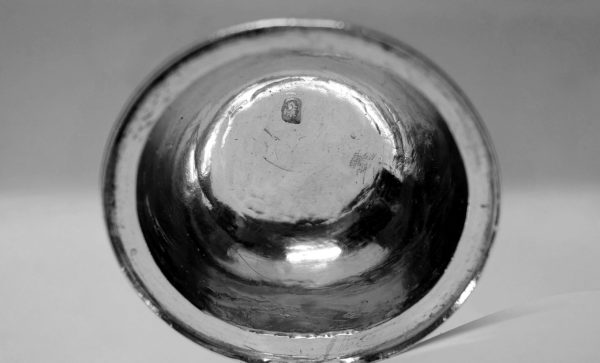 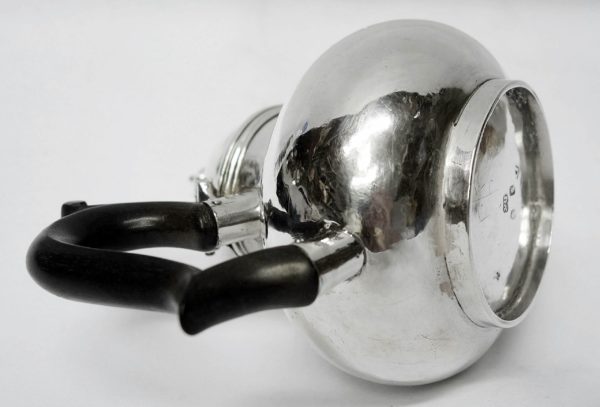 A rare early English silver teapot of simple plain form. Britannia standard silver*. Pear shaped with domed hinged cover and original wooden handle. Hand engraved to the front is a coat of arms – argent, six Lions rampant, sable – within an incised shield, possibly for the Savage family. Early teapots were of small capacity because of the rarity of tea.

Marks. Stamped underneath with a full and clear set of English silver hallmarks, the lid has the Britannia mark.

Literature: *Britannia Standard. In 1696, so extensive had become the melting and clipping of coinage that the silversmiths were forbidden to use the sterling standard for their wares, but had to use a new higher standard, 95.8 per cent. New hallmarks were ordered, “the figure of a woman commonly called Britannia” and the lion’s head erased (torn off at the neck) replacing the lion passant and the leopard’s head crowned. This continued until the old standard of 92.5 per cent was restored in 1720. Britannia standard silver still continues to be produced even today.

Early teapots were of small capacity because of the rarity of tea. Although there are a few 17th century teapots in existence, there is little likelihood of finding one dating before 1710. The earlier the teapot the smaller they tend to be as tea was a very expensive commodity until the middle of the reign of George I.

This rare little silver teapot is in very good condition. This pot has been water tested and doesn't leak. It pours beautifully.