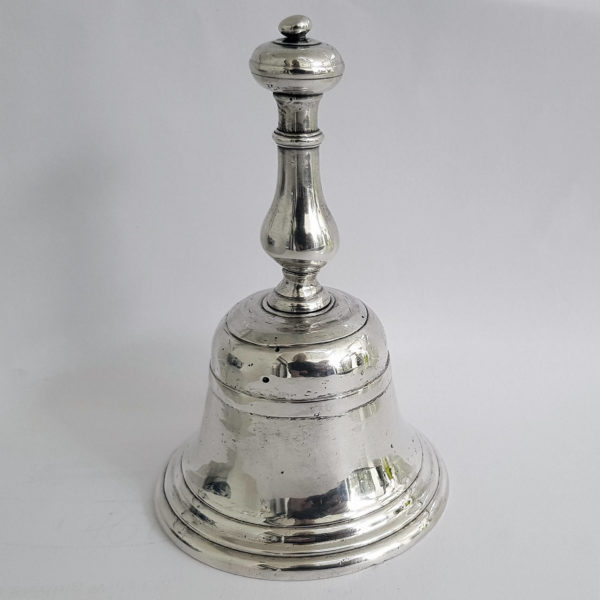 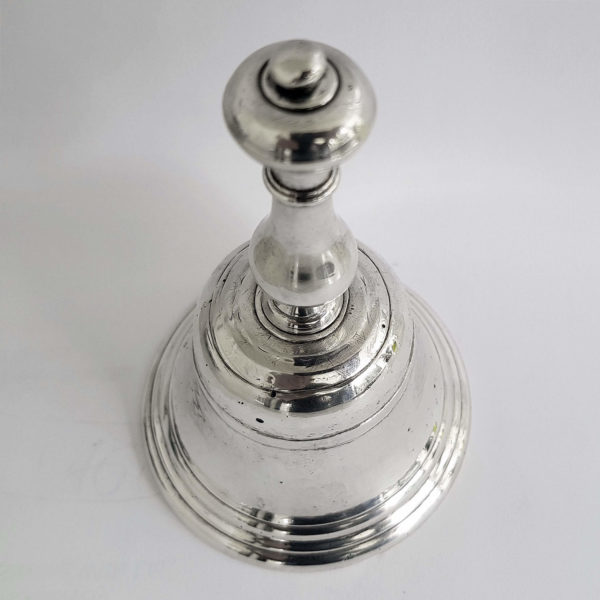 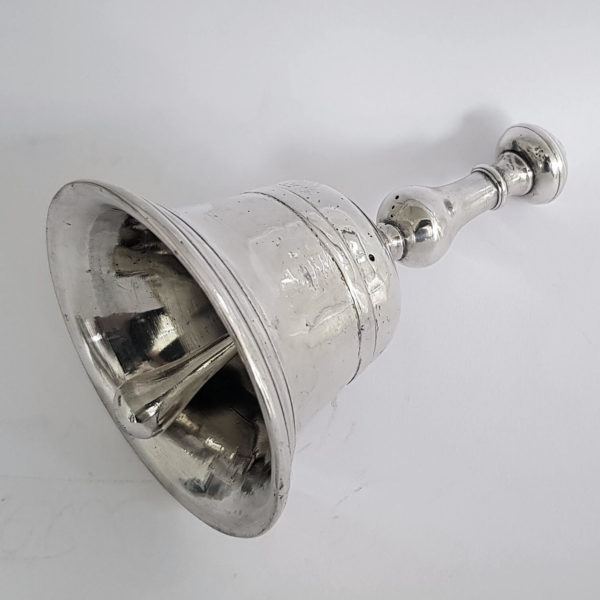 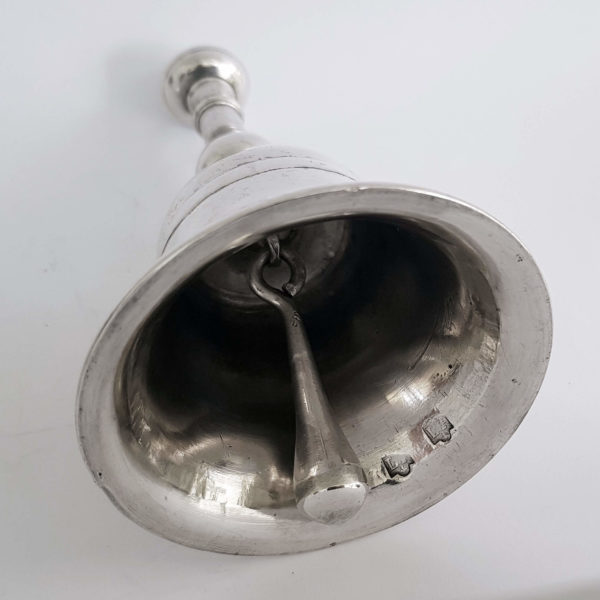 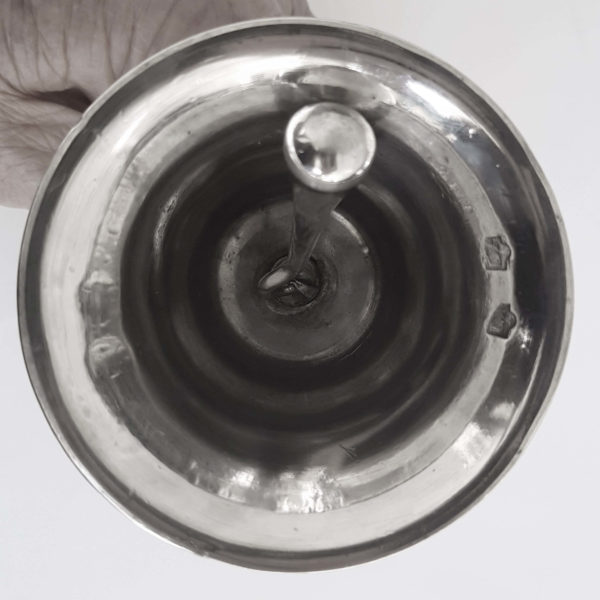 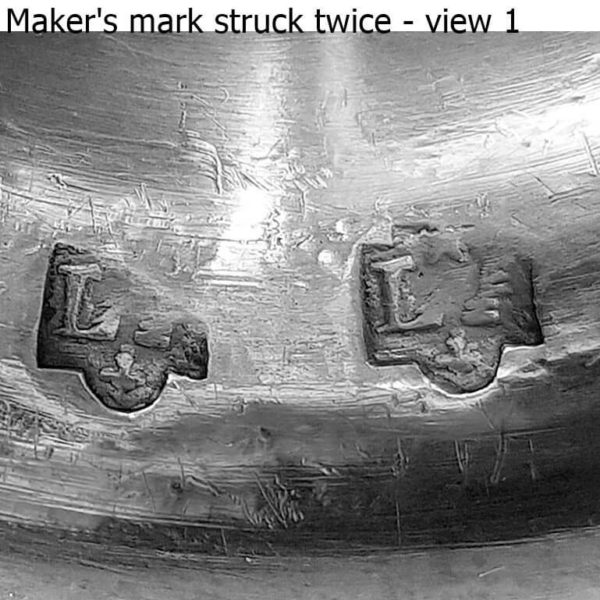 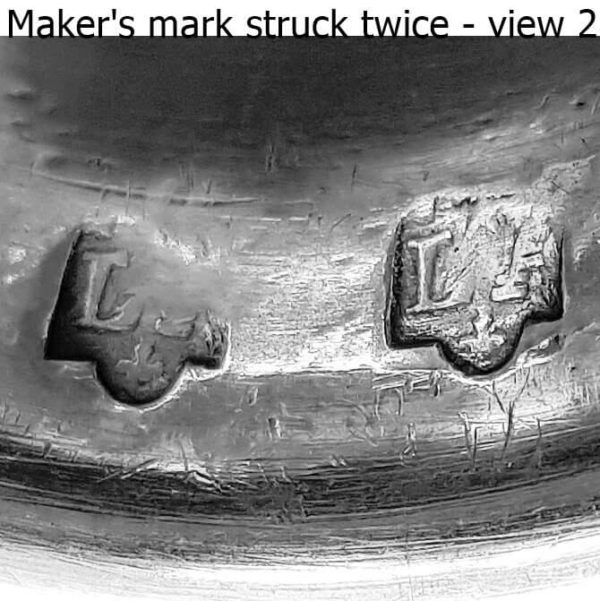 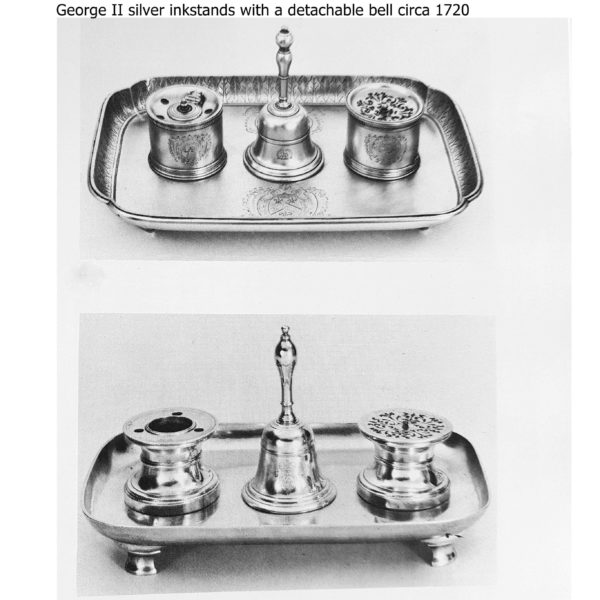 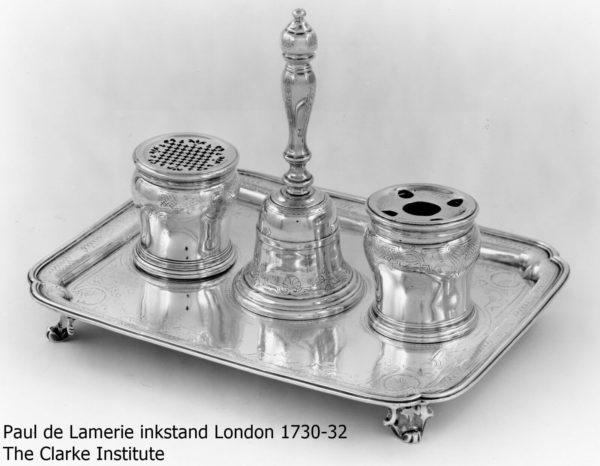 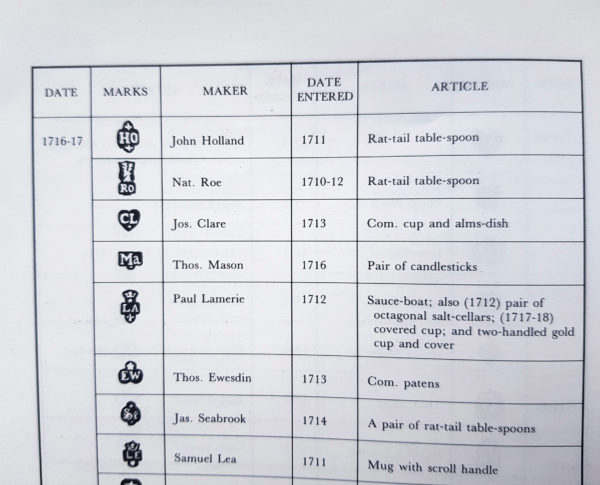 This lovely bell is a very rare piece of early English silver. It could either have been made to stand alone on a desk or table, or it may have been a detachable part of an inkstand.

Marks. Stamped twice on the inside rim, with the maker’s mark for Paul de Lamerie. This is the “New Standard” mark, see Jackson’s “Silver and Gold Marks” page 166, entered in 1712 which was superseded by his “Sterling” mark entered in 1733. The clapper is unmarked. Both maker’s marks are badly struck – the star, “LA” and the fleur de lys are clear but the crown is missing, probably due to the curvature of the bell. Partially overstruck, there is some distortion visible across the “A”.

A large number of Lamerie’s pieces are maker’s mark only. He avoided sending work to Goldsmiths Hall for hallmarking thus saving the cost of paying government duties. Lamerie’s customers obviously trusted him to provide them with objects of superior fineness.

Britannia Standard. In 1696, the silversmiths were forbidden to use the sterling standard for their wares, but had to use a new higher standard, 95.8 per cent. New hallmarks were ordered, “the figure of a woman commonly called Britannia” and the lion’s head erased (torn off at the neck) replacing the lion passant and the leopard’s head crowned. This continued until the old standard of 92.5 per cent was restored in 1720.

Literature. English silver table bells can date to as early as the early 1700’s. They are very rare. The standalone table bells are fully marked close to the lower rim, on either the inside or outside of the bell. Some early 18th century inkstands had a bell, which was used to call the servant when the letter was ready for dispatch; detachable parts such as these would have been struck solely with the maker and lion marks.

This rare 18th century table bell is in very good condition. With a small amount of surface pitting and moderate signs of wear commensurate with age.