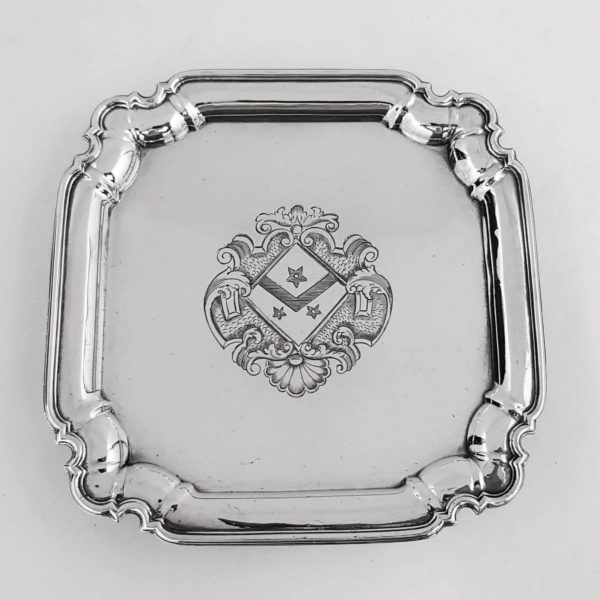 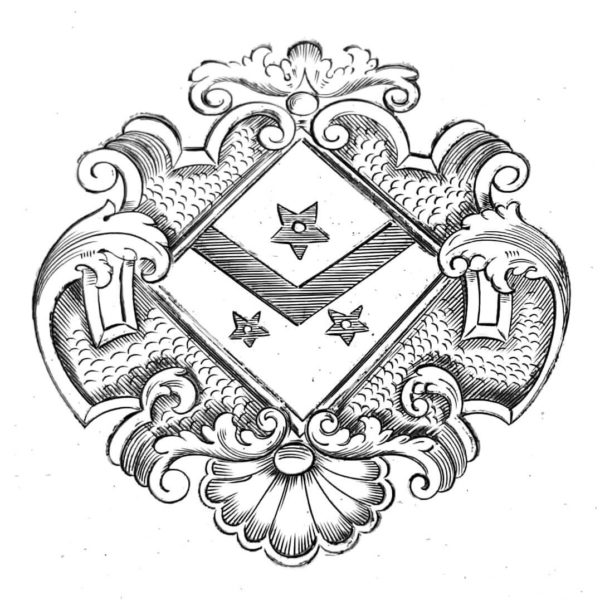 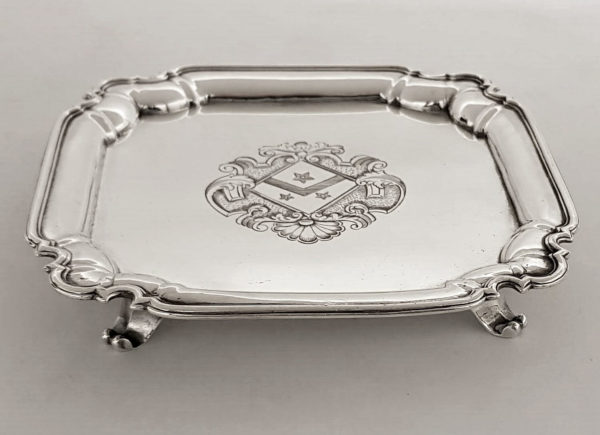 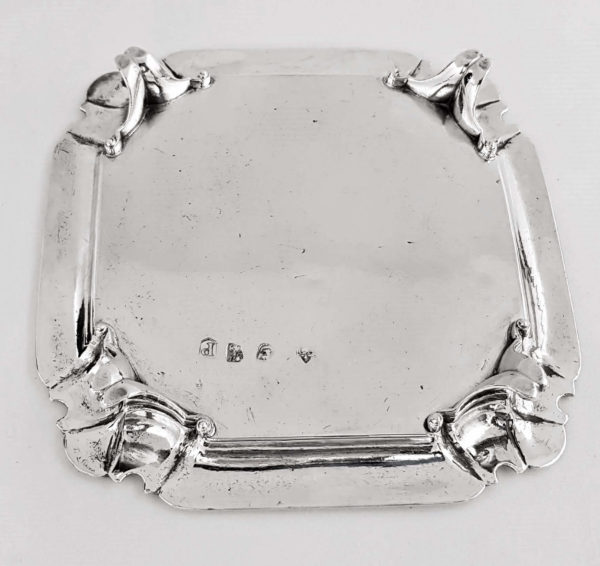 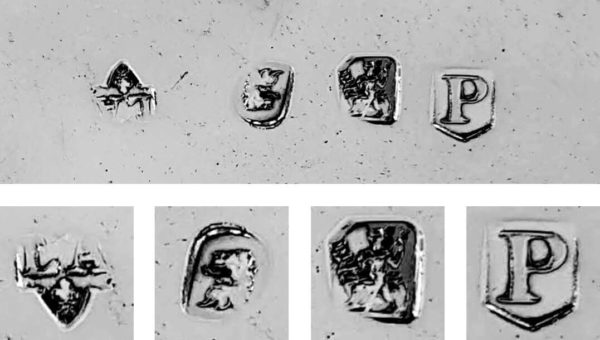 A fine early English silver salver by the celebrated Huguenot maker Paul de Lamerie. Of square form with shaped corners and raised on scroll feet. This dainty size is often known as a waiter, perfect for standing a wine bottle or glass. To the centre is a hand engraved armorial within a decorative cartouche. Good colour.

Literature. *Britannia Standard silver is 95.8% pure. In 1696, so extensive had become the melting and clipping of coinage that the silversmiths were forbidden to use the sterling standard for their wares, but had to use a new higher standard, 95.8 per cent pure. New hallmarks were ordered, “the figure of a woman commonly called Britannia” and the lion’s head erased (torn off at the neck) replacing the lion passant and the leopard’s head crowned. This continued until the old standard of 92.5 per cent was restored in 1720. Britannia standard silver still continues to be produced even today.

The salver is in very good condition. The engraving still retains good definition. Stamped underneath with a full set of English silver hallmarks. Please note that this item is not new and will show moderate signs of wear commensurate with age. Reflections in the photograph may detract from the true representation of this item