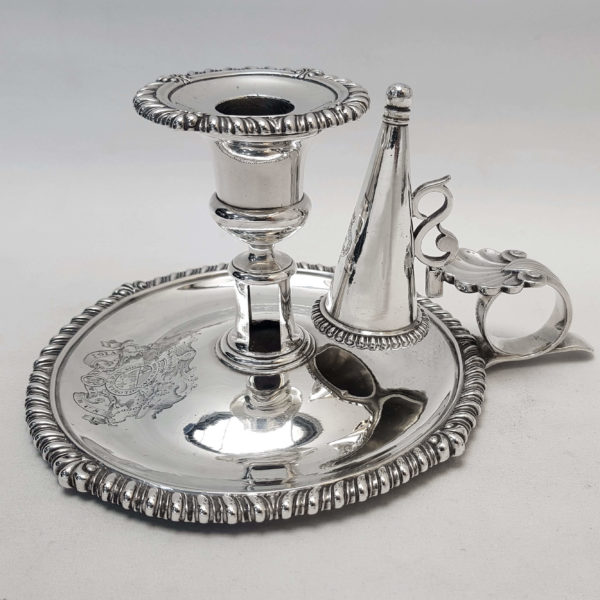 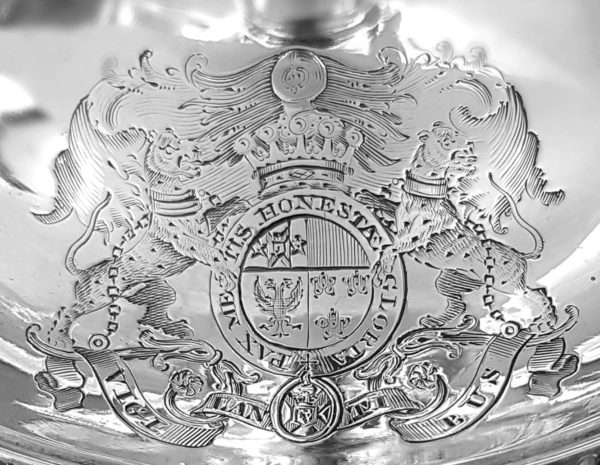 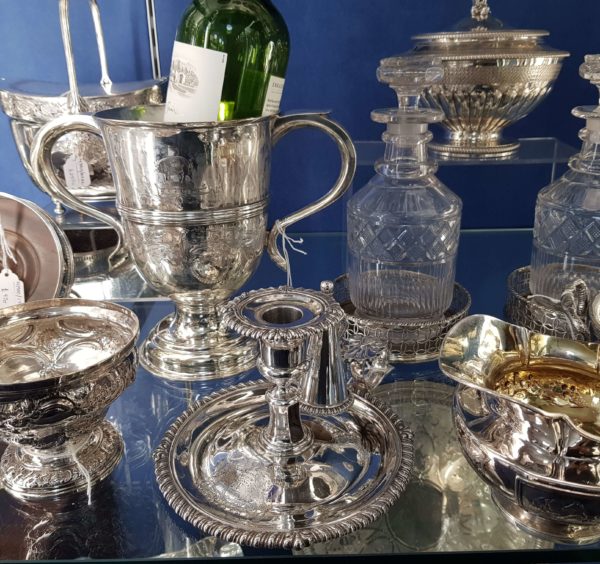 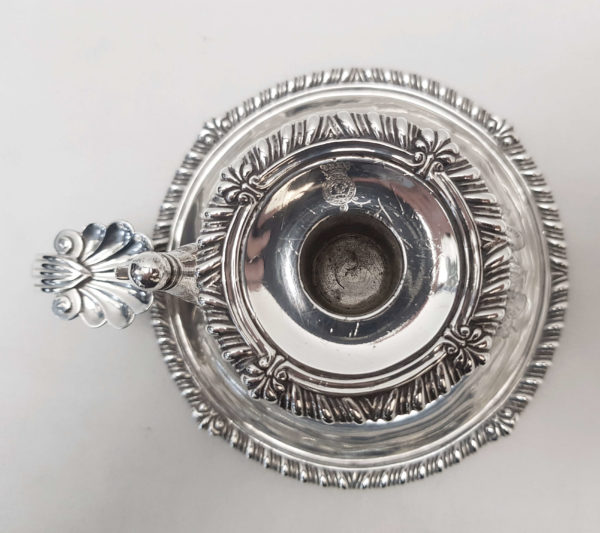 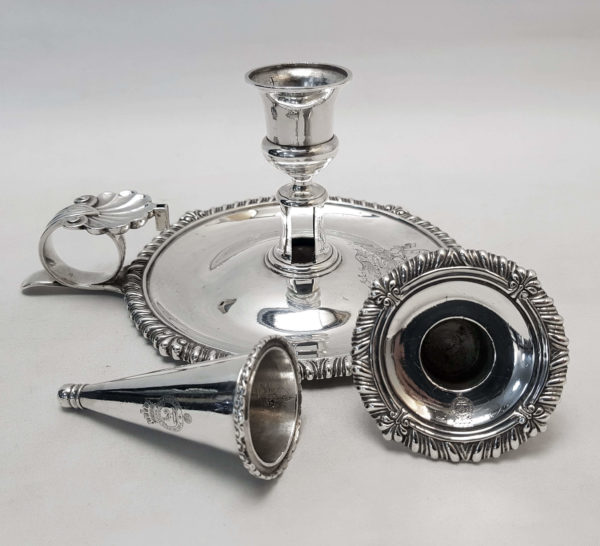 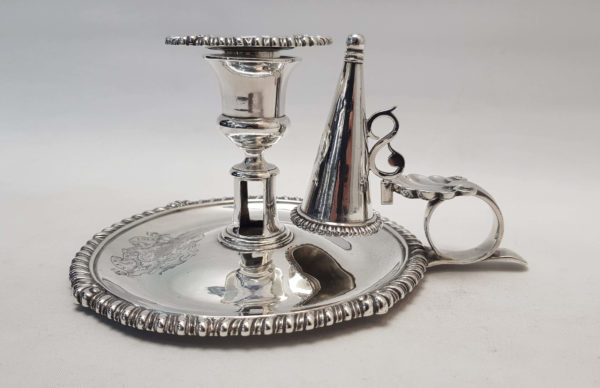 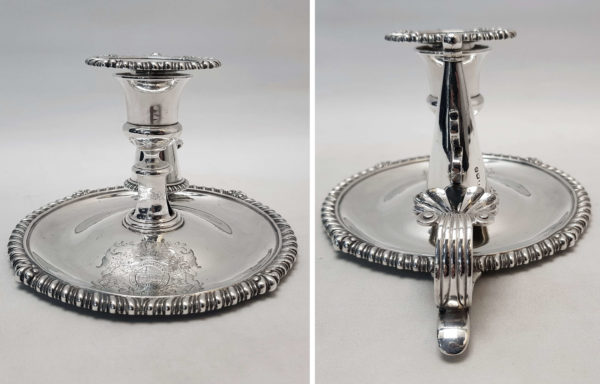 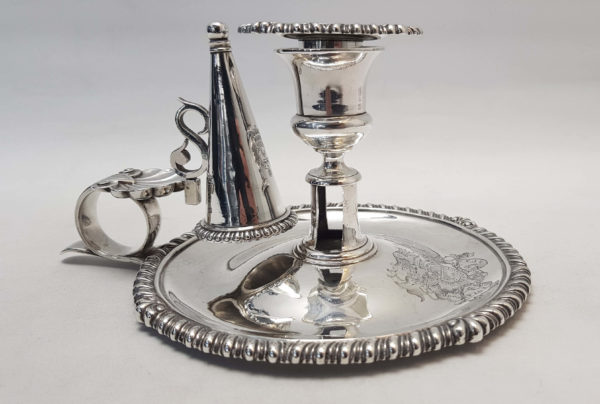 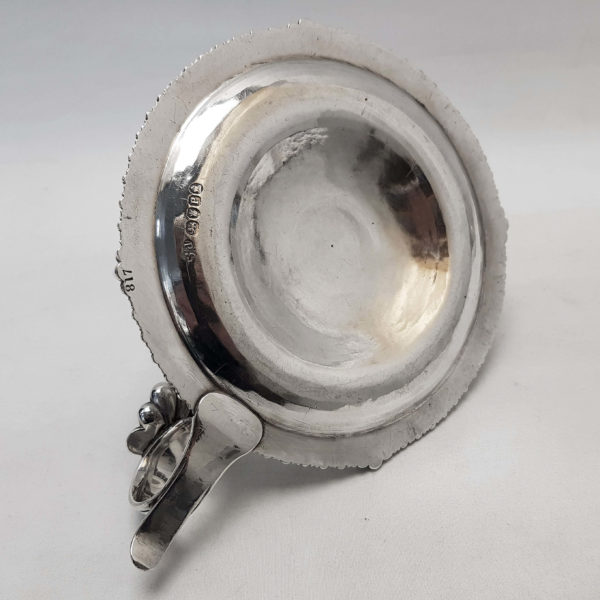 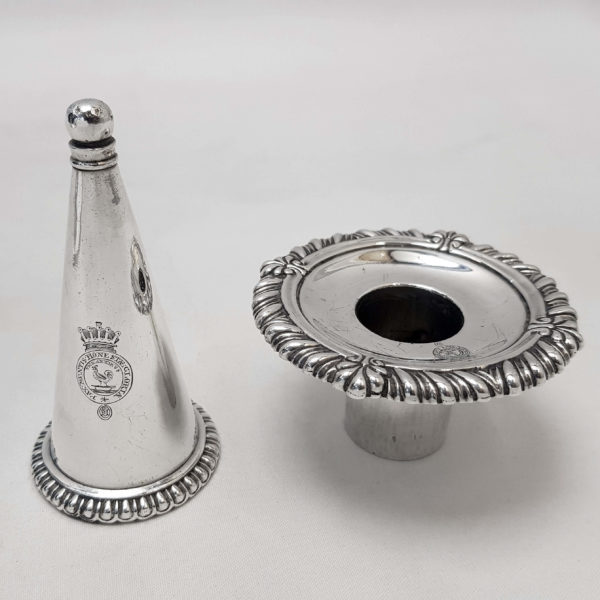 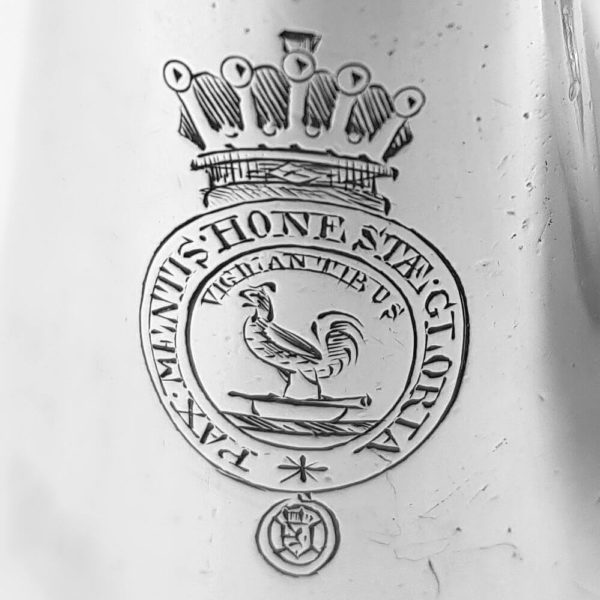 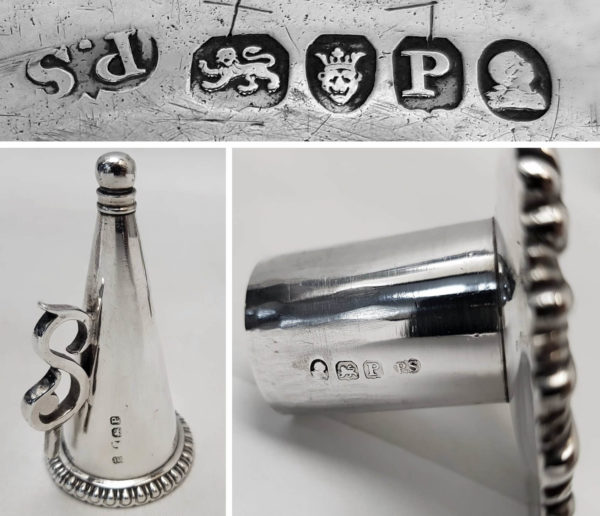 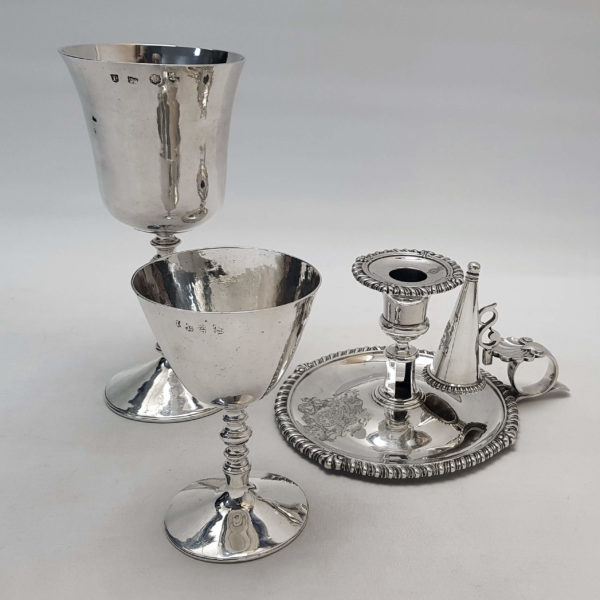 Marks. All 3 pieces – chamberstick, nozzle and candle snuffer, are stamped with matching English silver hallmarks for London 1810 and maker’s mark for Paul Storr. Stamped underneath with the manufacturer’s number 817.

Arms. The pan is engraved with the full coat of arms for the Earl of Gosford of Gosford Castle, County Armagh in Northern Ireland. The nozzle and snuffer both have the baronet’s insignia. Archibald Acheson, 3rd Earl of Gosford KP (20 August 1806 – 15 June 1864), styled Viscount Acheson between 1807 and 1849, was a British peer and Member of Parliament. The motto “Fax Mentis Honesta Gloria” translates as ‘Glory is the torch that leads on the honourable mind’.

Literature – Chambersticks first made an appearance in the 17th century and early examples are now very hard to find. Originally they were made in sets as a household would need many chambersticks. They were used for lighting the way to bed and because of the movement created when they were carried around they needed a large drip pan to catch the wax. The earliest examples have straight handles (first flat, then tubular) which were superseded in the first part of the 18th century by a ring handle. Gradually the design evolved and from the mid 18th century onwards they usually had a matching conical snuffer although from from the late 17th century onwards some were made with an aperture at the base of the stem to take a pair of scissor snuffers.