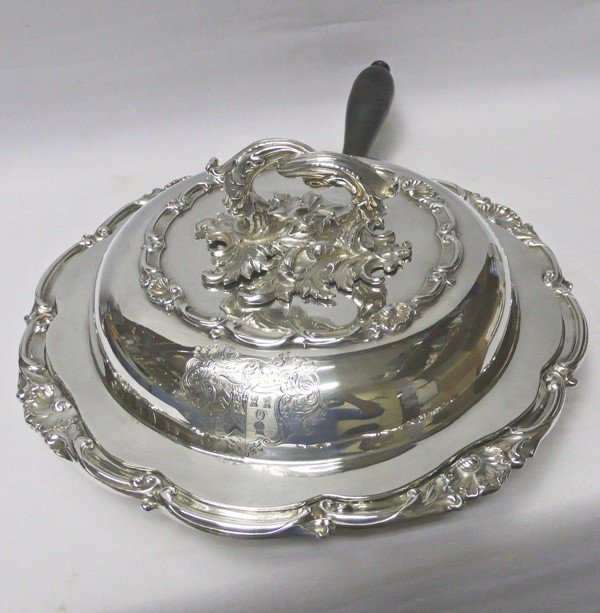 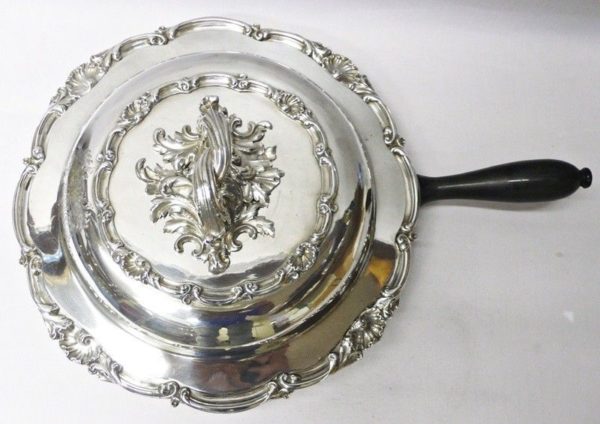 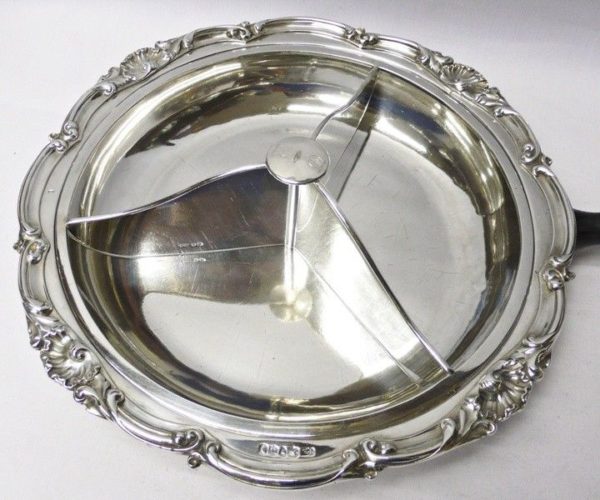 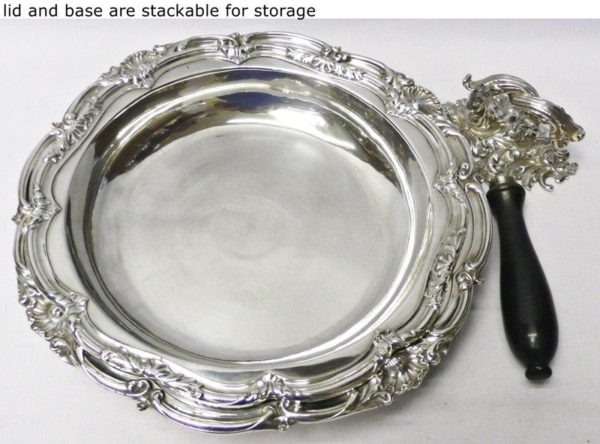 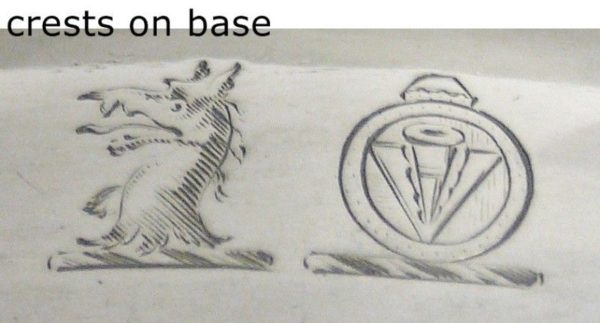 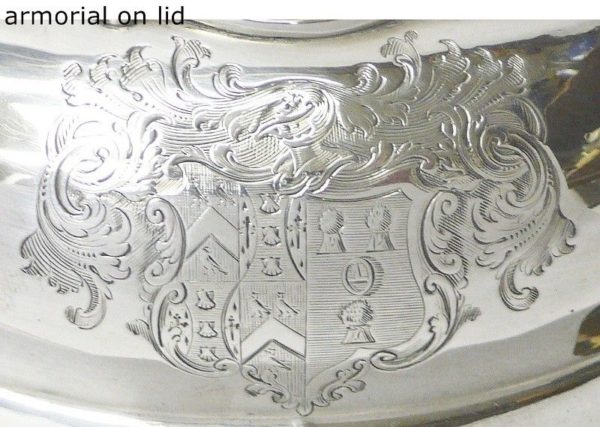 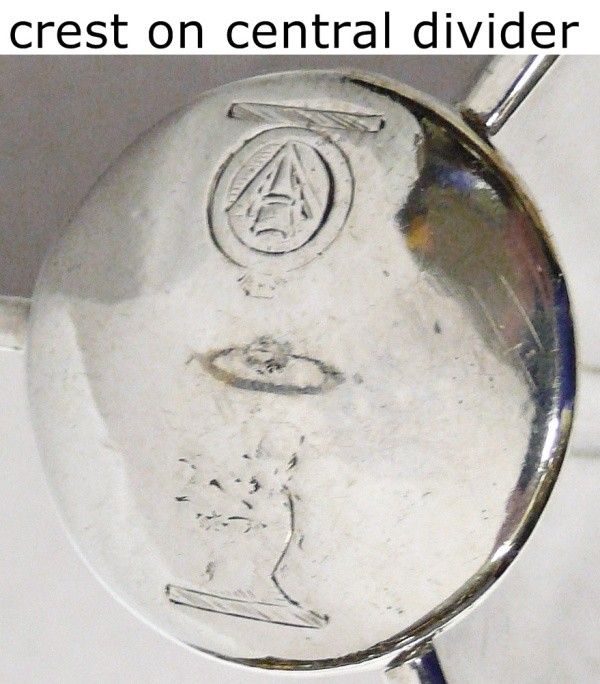 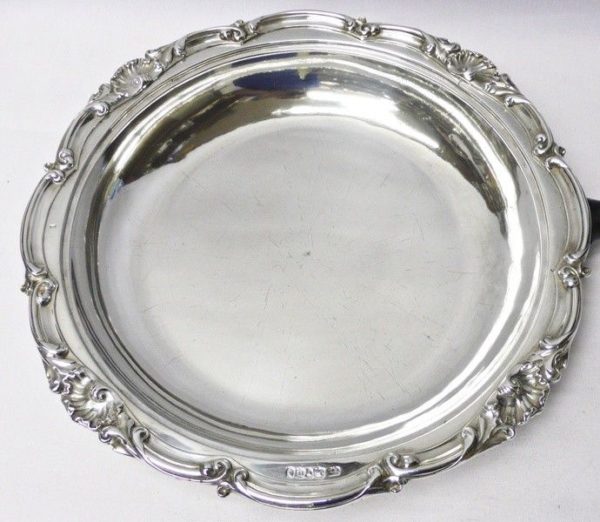 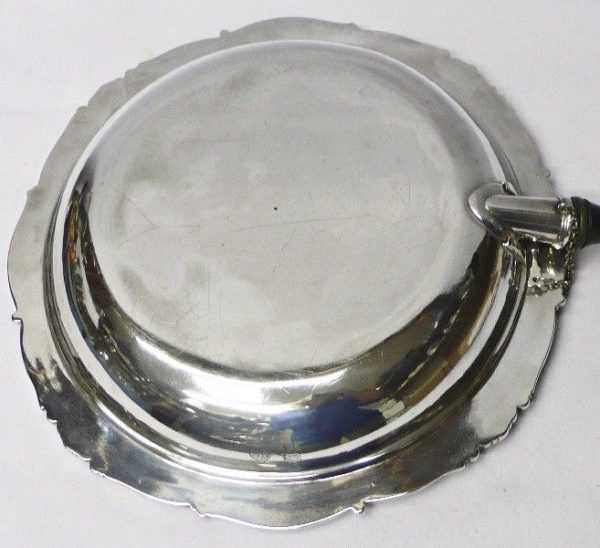 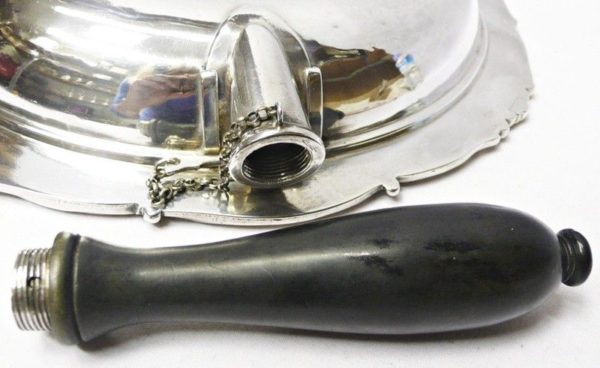 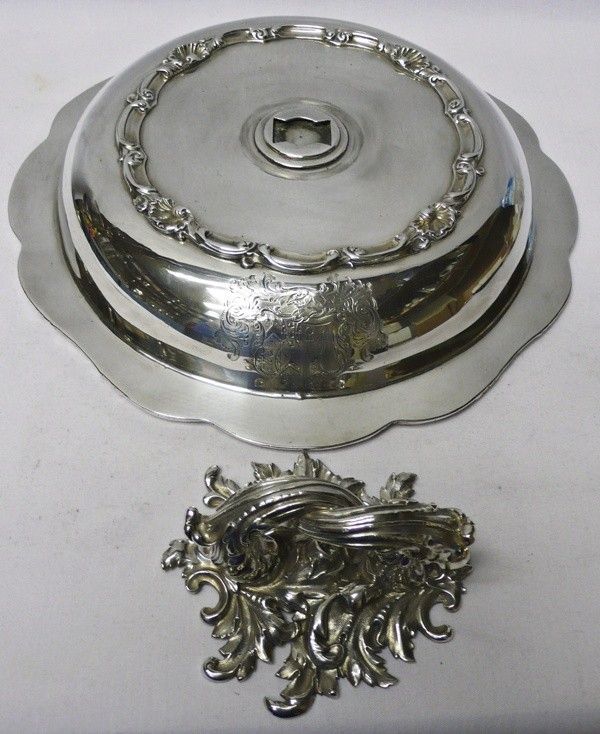 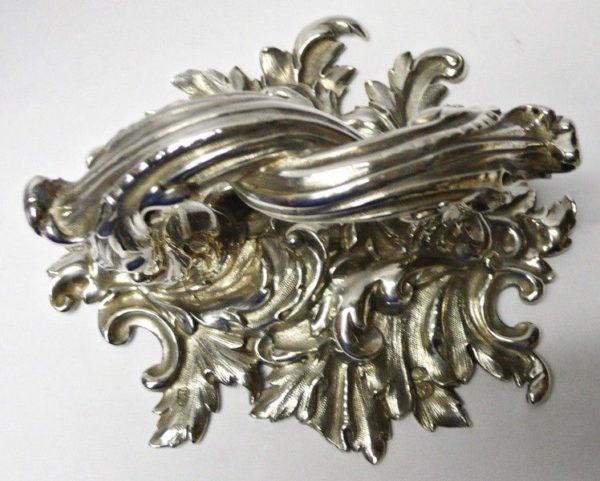 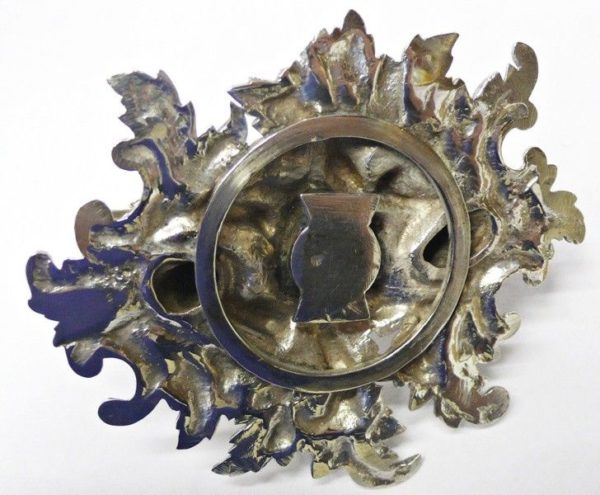 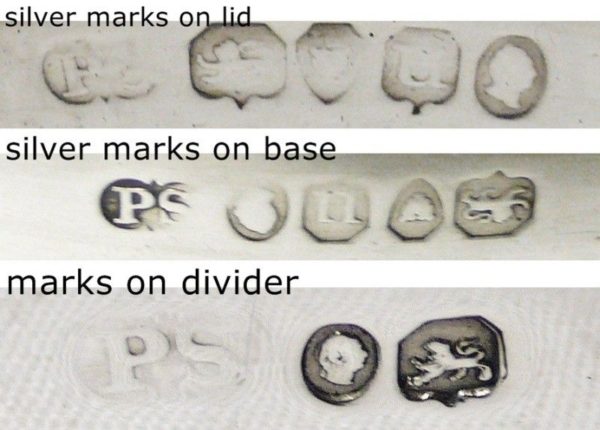 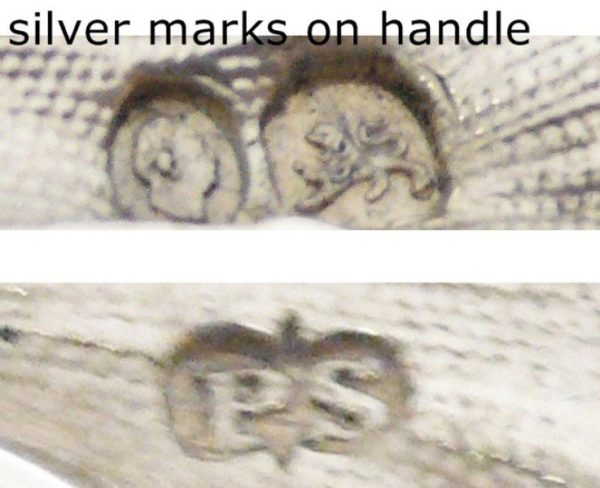 A fine antique sterling silver serving dish and cover with a turned wood carrying handle and central divider. Excellent quality and good gauge silver as you’d expect from this world famous English silversmith. Elegant plain styling with shaped shell and scroll borders. The lid has a magnificent hand engraved armorial within a scroll cartouche and the base and central divider ring bear a double crest. The decorative lid handle is removable to use the lid as a serving dish. The double skinned base is a warming jacket and the handle unscrews to fill it with hot water. Silver weight 2776 grams, 89.2 troy ounces. Total height 21.5 cms. Diameter of base 30.5 cms. London 1815. Maker Paul Storr.

This handsome tureen is in excellent condition with no damage or restoration. All pieces are marked with crisp and matching silver hallmarks and the Paul Storr maker's stamp. The lid and base are both marked "1" so this is the correct top for the base – this dish would originally have been part of a set of serving dishes and sometimes the pieces get mixed up. The hand engraved crests and armorial are still crisp. Please note that this item is not new and will show moderate signs of wear commensurate with age. Reflections in the photograph may detract from the true representation of this item.