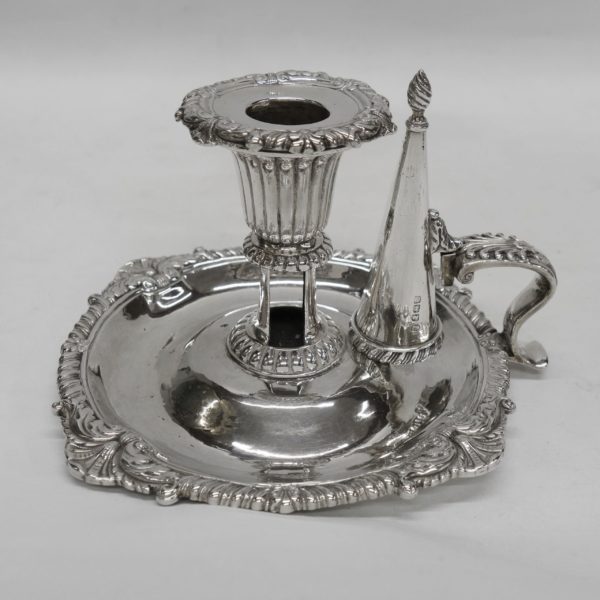 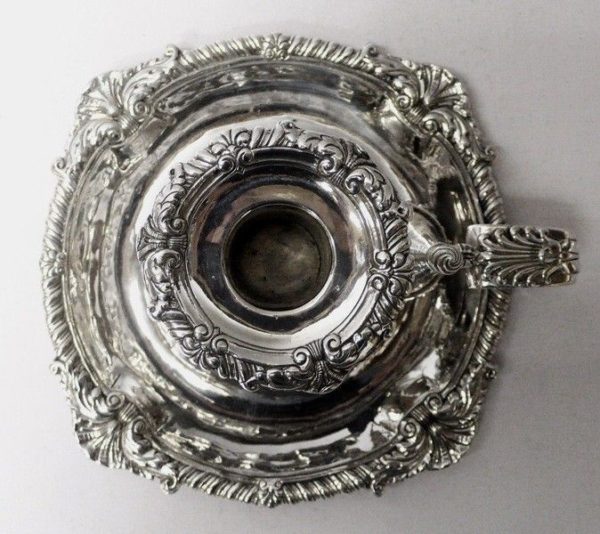 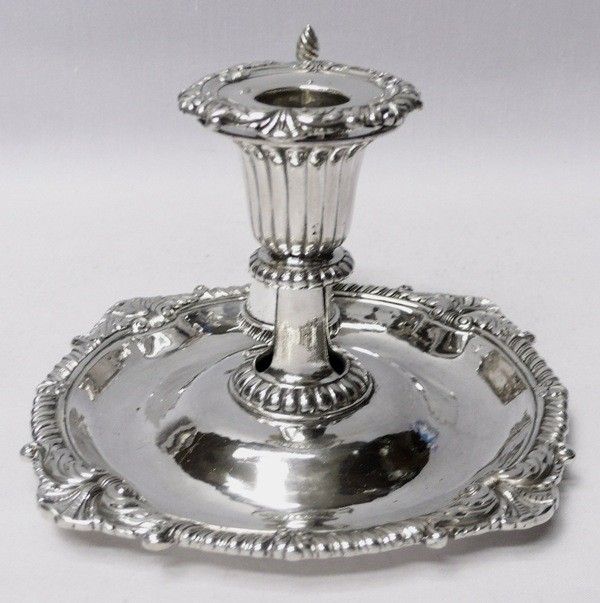 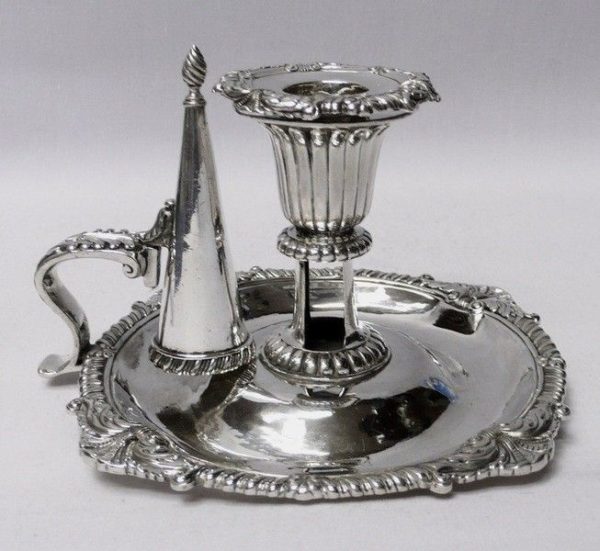 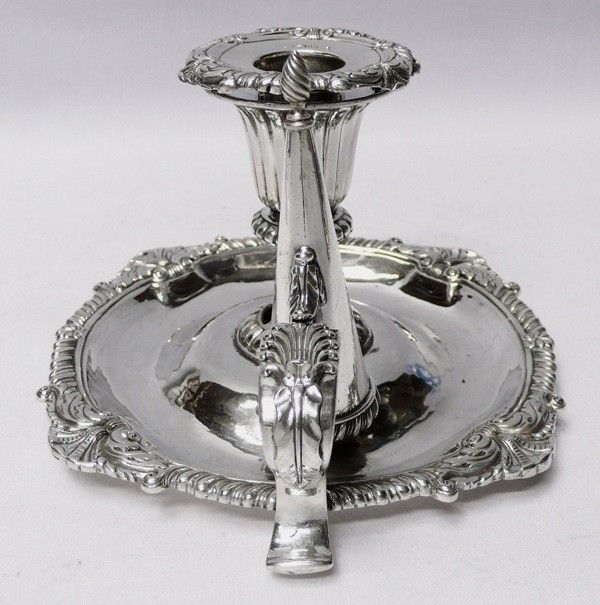 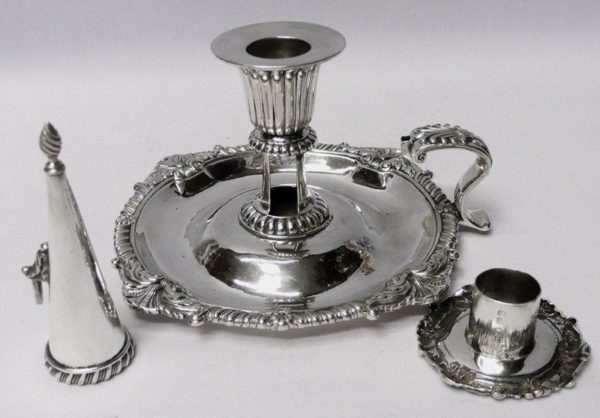 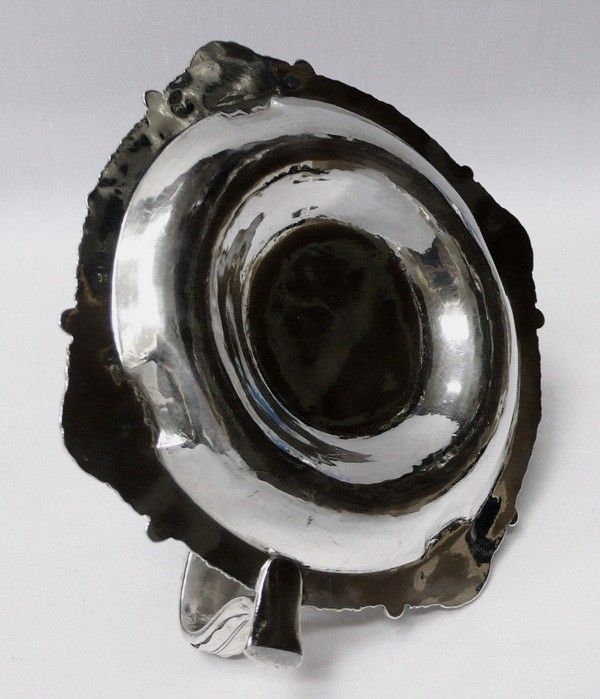 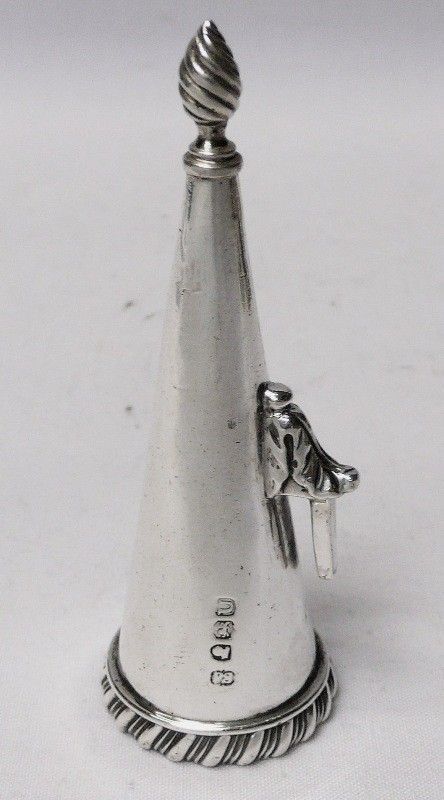 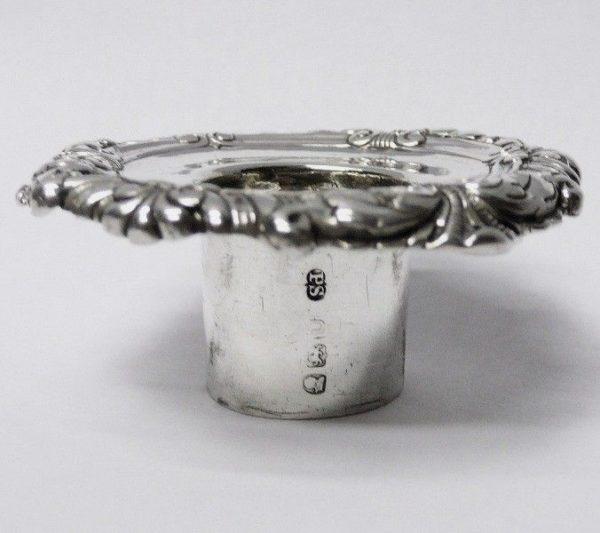 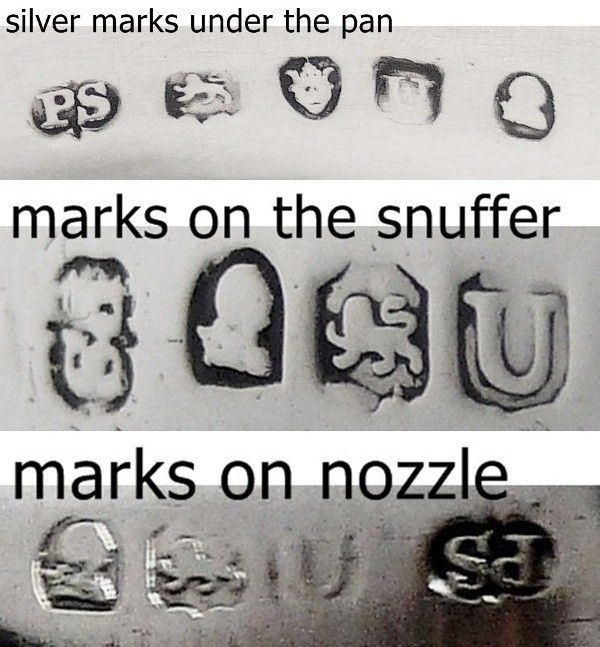 Literature: Chambersticks first made an appearance in the 17th century and early examples are now very hard to find. Originally they were made in sets as a household would need many chambersticks. They were used for lighting the way to bed and because of the movement created when they were carried about they needed a large drip pan to catch the wax. The earliest examples have straight handles (first flat, then tubular) which were superceded in the first part of the 18th century by a ring handle. Gradually the design evolved and from the mid 18th century onwards they usually had a matching conical snuffer although from from the late 17th century onwards some were made with an aperture at the base of the stem to take a pair of scissor snuffers.

This attractive silver go to bed is in very good condition with no damage or restoration. All original. Each piece is fully marked and matching with good clear English silver hallmarks. Good colour. Please note that this item is not new and will show moderate signs of wear commensurate with age. Reflections in the photograph may detract from the true representation of this item.