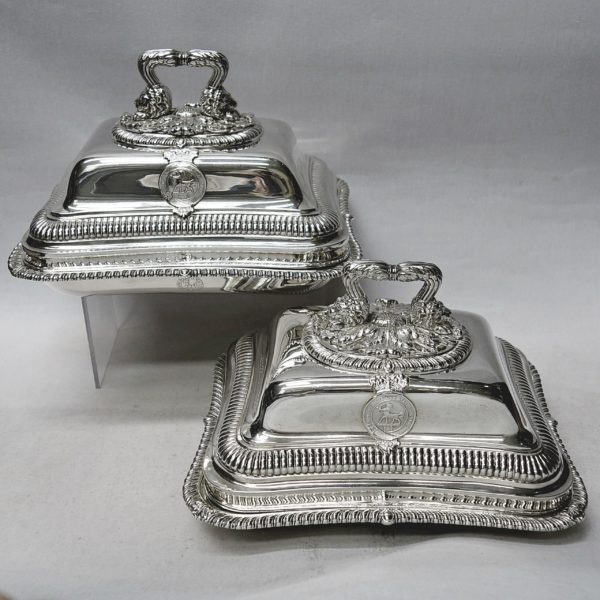 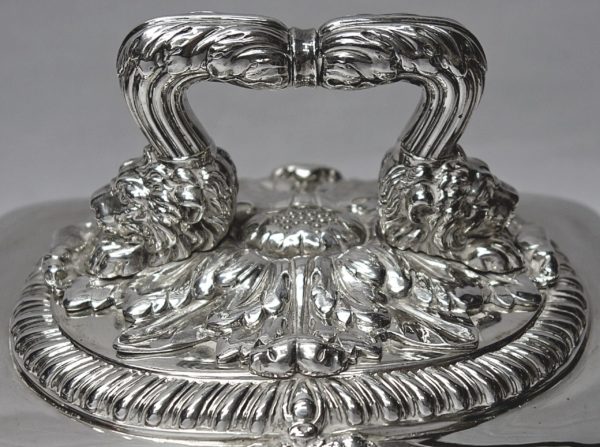 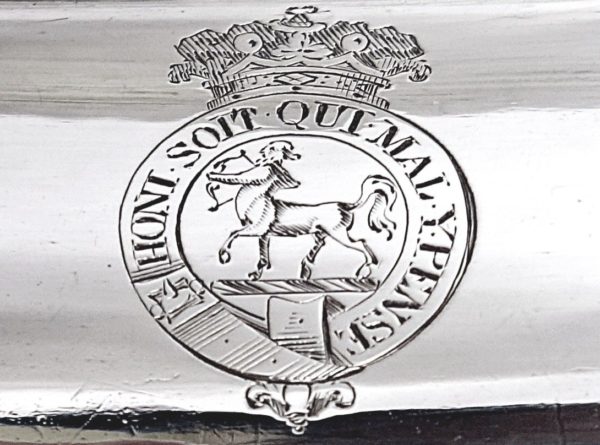 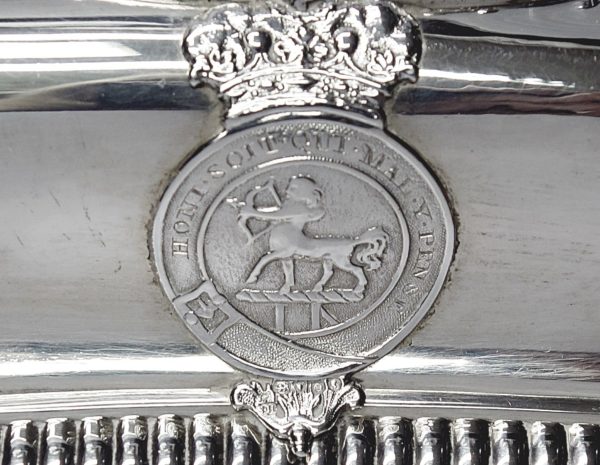 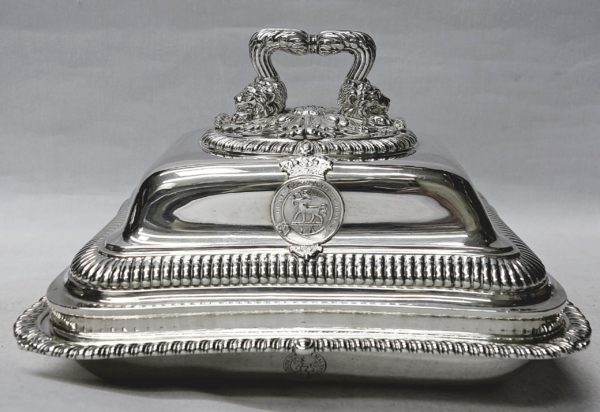 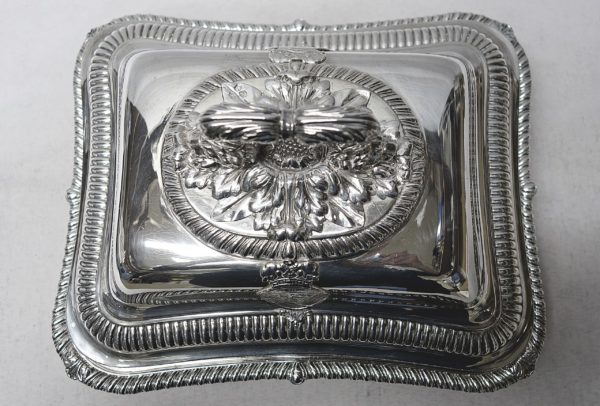 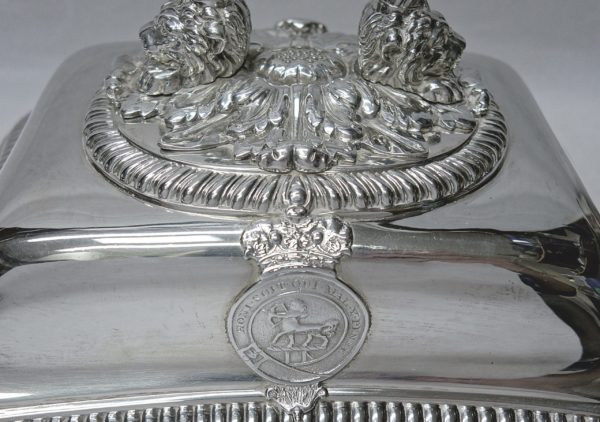 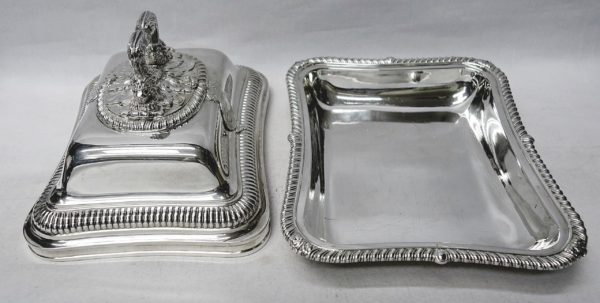 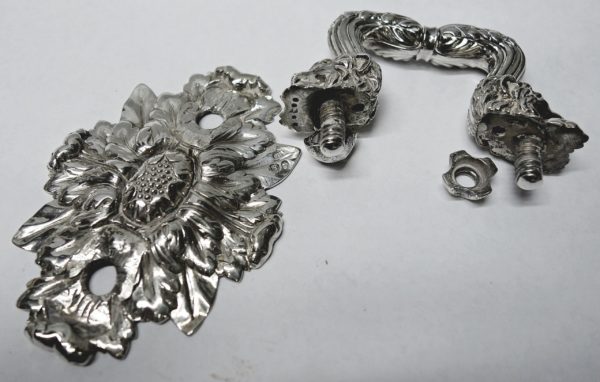 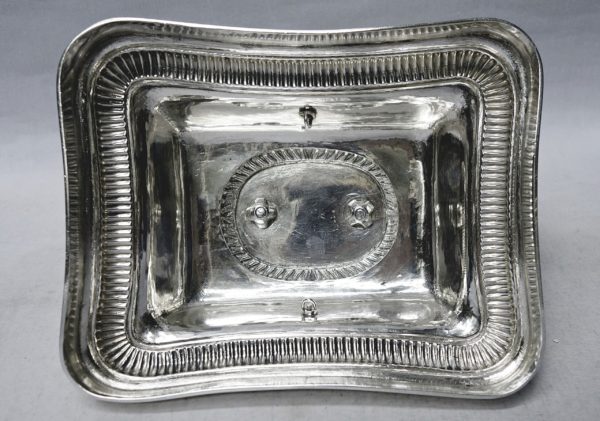 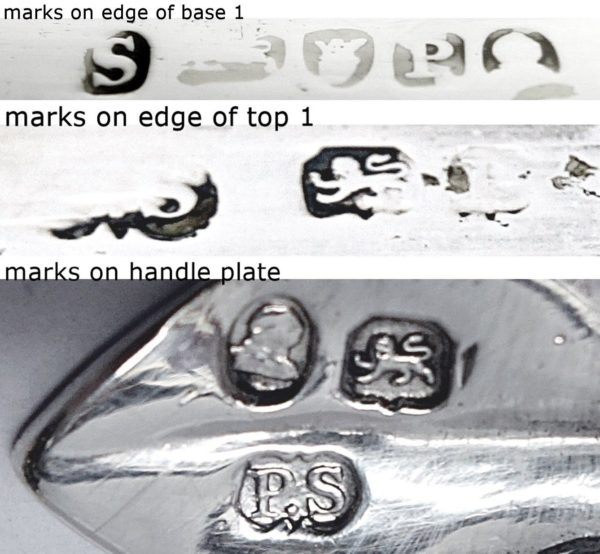 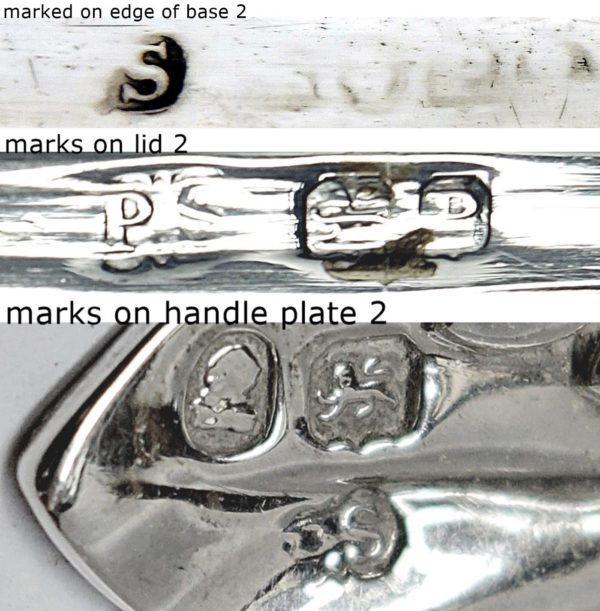 A fine pair of antique sterling silver serving dishes with matching cushion shape covers and magnificent detachable lion mounted ring handles. Elegant plain styling with a broad band of ribbing and gadroon borders. Excellent quality and good gauge silver as you’d expect from this world famous English silversmith. The covers are mounted front and back with royal armorial plaques having the motto “Honi Soit Qui Mal YPense” and the crest of a centaur holding a bow and arrow. These are the arms of the Fitzmaurice family (the Marquesses of Lansdowne). The same armorial is hand engraved to the front and back of the bases. Silver weight 4021 grams, 129 troy ounces. Height 15.5 cms. (to top of handle). Base measures 26.5 x 22 cms. London 1810. Maker Paul Storr.

Literature: “Honi soit qui mal y pense” Anglo-Norman maxim that means, ‘May he be shamed who thinks badly of it’. These words were apparently first uttered by England’s King Edward III in the 14th century. At that time, he reigned over a part of France, and the language spoken at the English court, among the aristocracy and clergy, and in courts of law was Norman French, as it had been since the time of William the Conqueror of Normandy, starting in 1066. The saying’s most famous use is as the motto of the British chivalric Order of the Garter.

Signed/Inscribed: The armorials are of the Fitzmaurice family – Marquesses of Lansdowne. They were probably commissioned by the 3rd Marquess (1780-1863).

These handsome tureens are in very good condition with no damage or restoration. All the bases, lids and handle plates are marked with matching English silver hallmarks and the Paul Storr maker's stamp. Some marks rubbed but readable. Originally from at least a set of four, the top is numbered 3 and 4, the bases are numbered 3 and 1. Light scratching inside the bases. The lids close well with minor gaps. Please note that this item is not new and will show moderate signs of wear commensurate with age. Reflections in the photograph may detract from the true representation of this item.