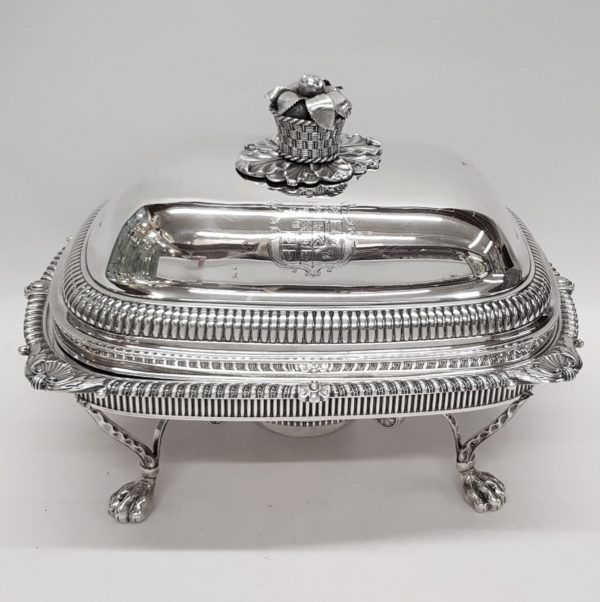 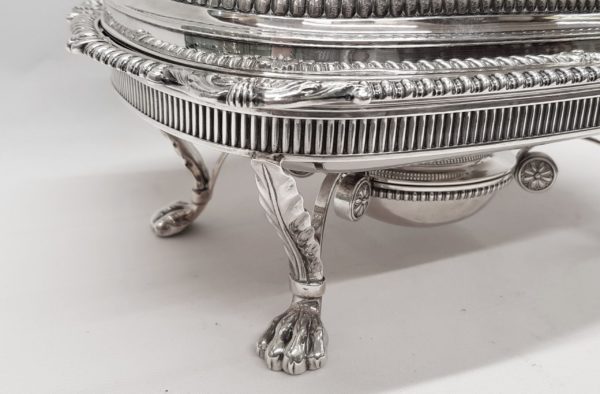 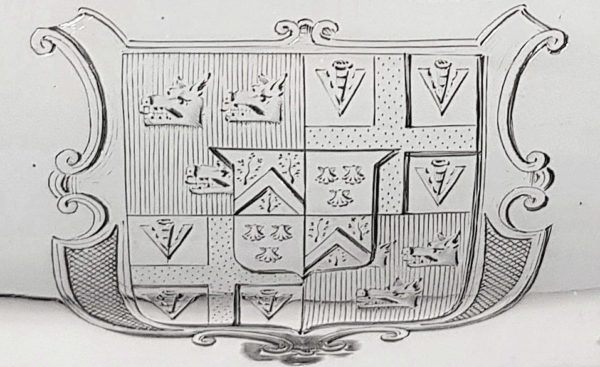 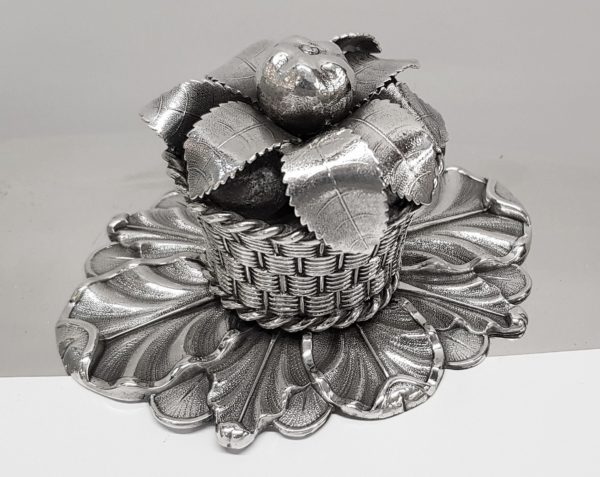 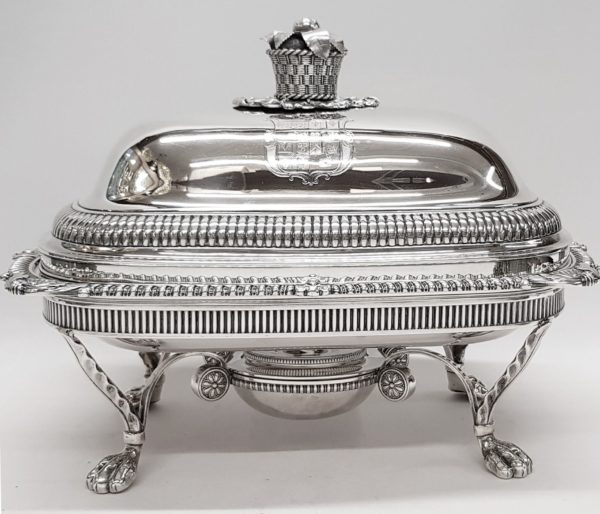 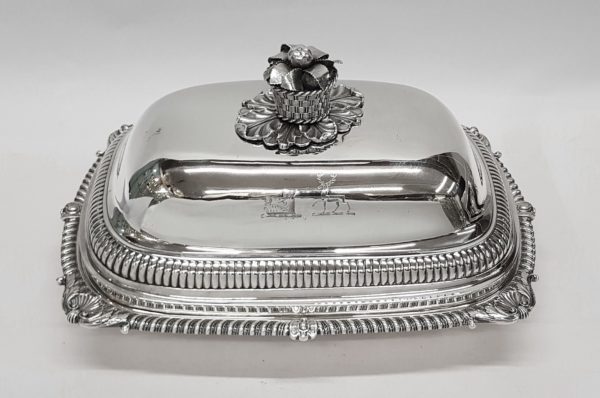 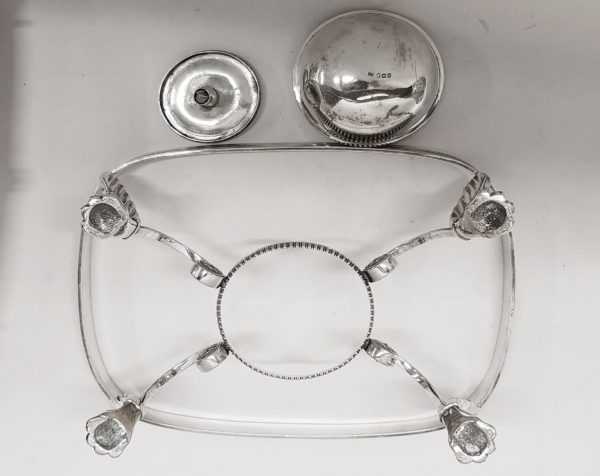 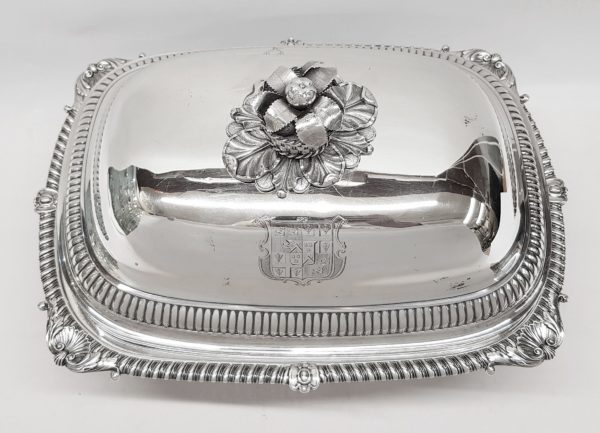 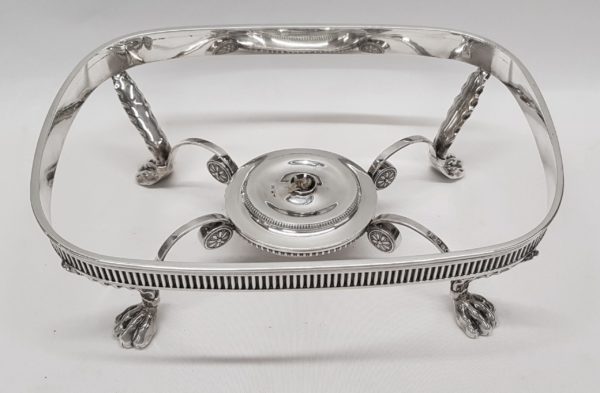 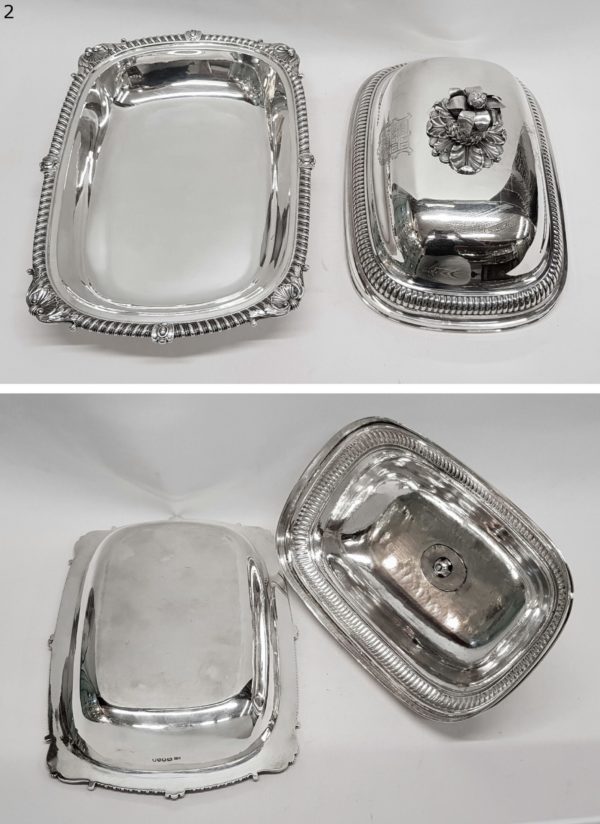 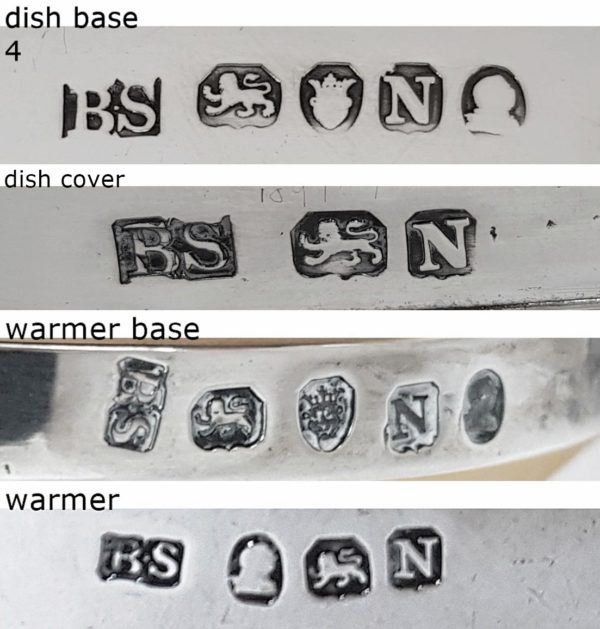 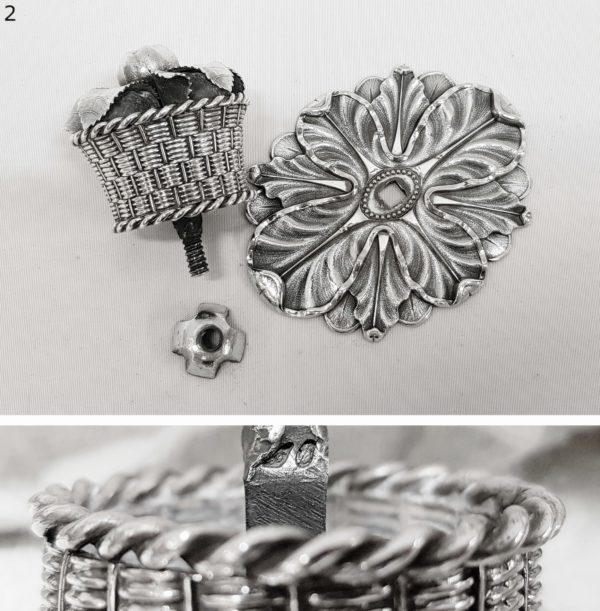 A superb antique sterling silver serving dish with matching cover and warming base. Amazing basket of flowers design handle. The...

This handsome tureen is in very good condition with no damage or restoration. The dish and cover, warmer stand and oil reservoir are marked with matching English silver hallmarks, (the finial is part marked). The oil reservoir has 1 small dent. Please note that this item is not new and will show moderate signs of wear commensurate with age. Reflections in the photograph may detract from the true representation of this item.