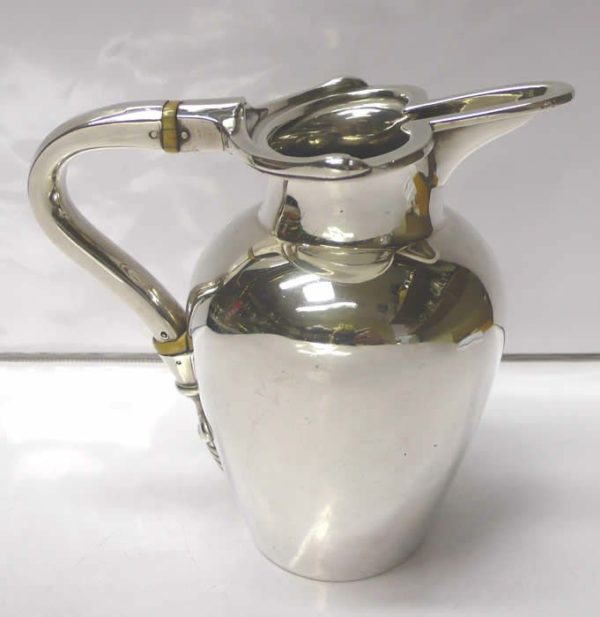 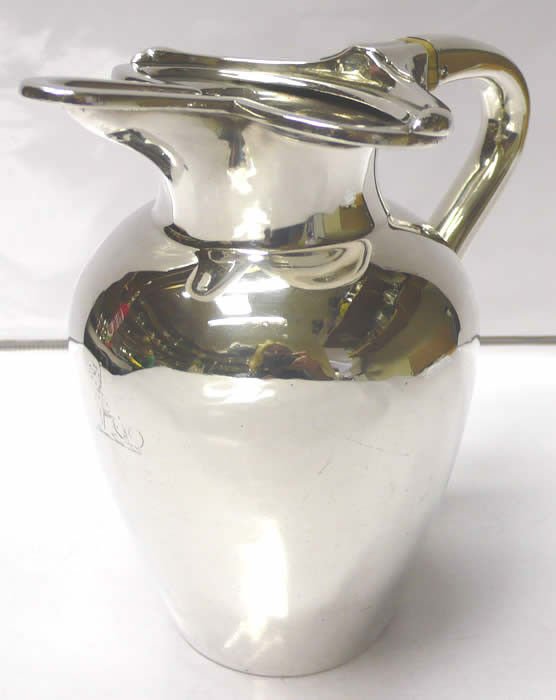 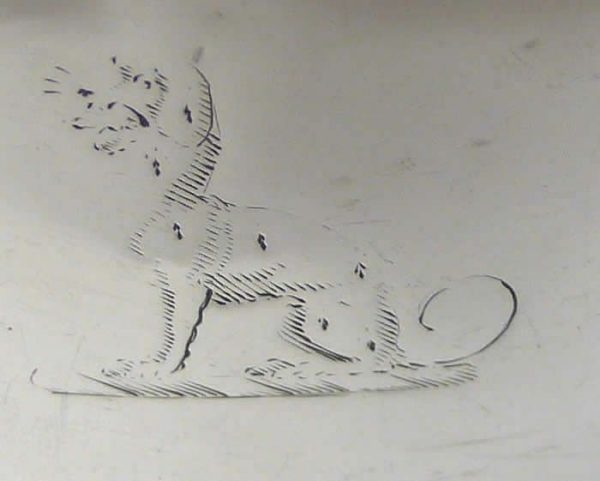 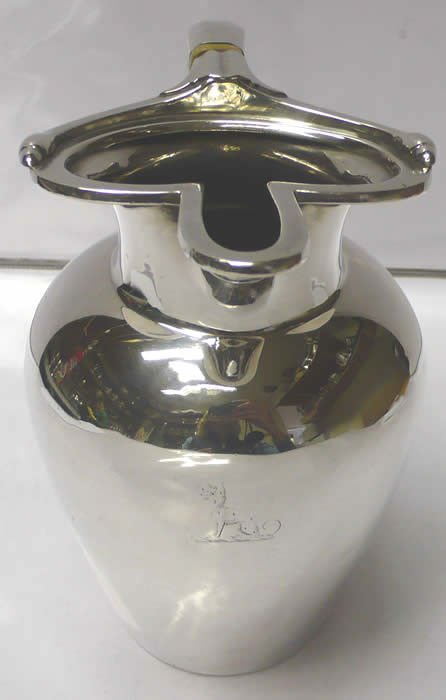 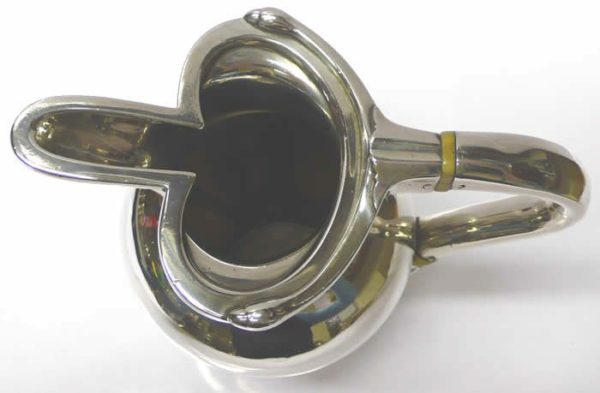 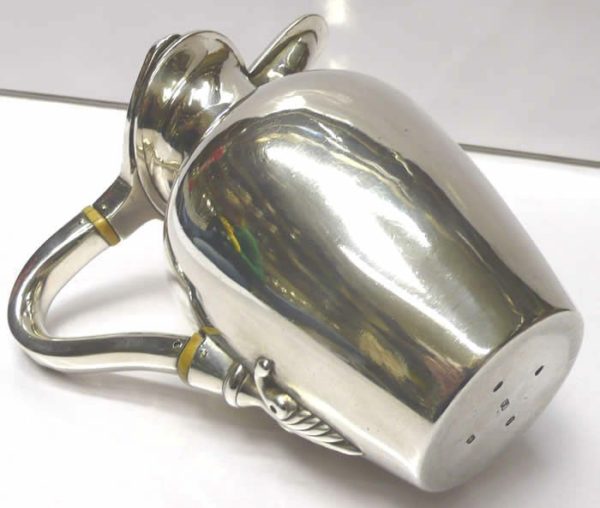 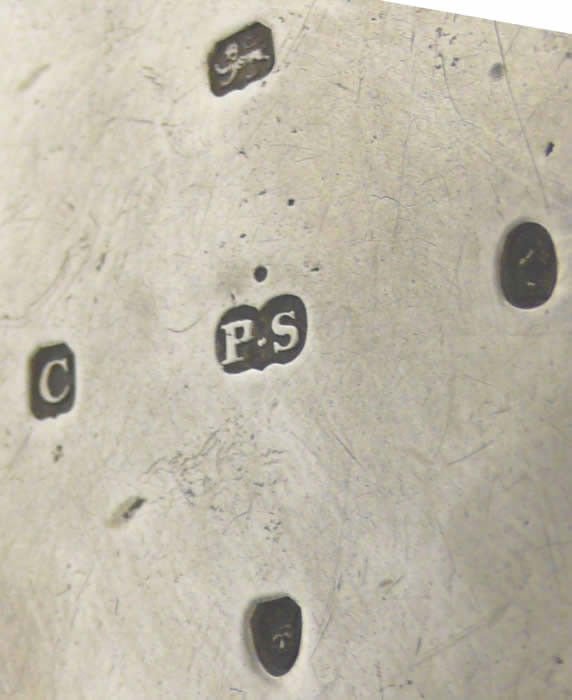 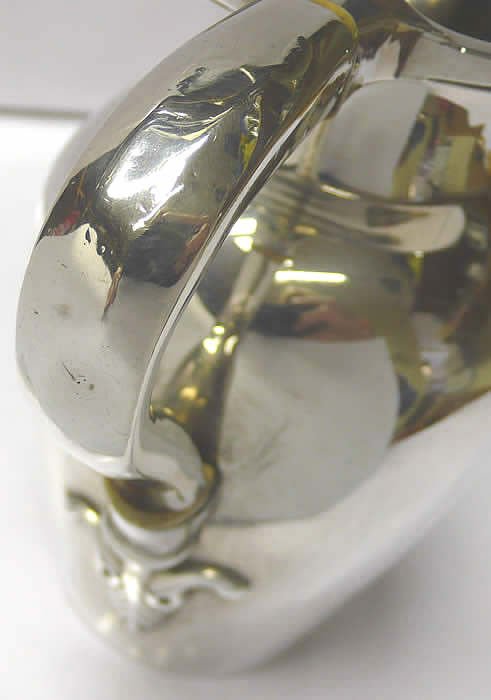 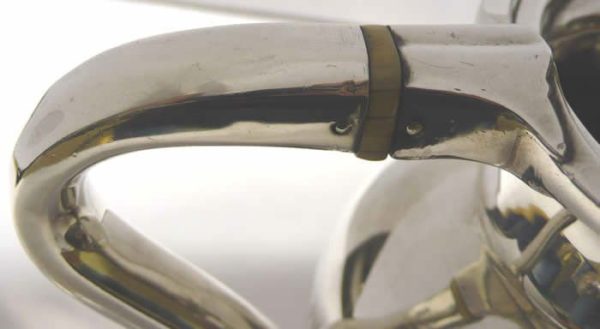 A fine antique silver jug by this highly sought after English maker. Very plain design with a slightly hammered finish....

This superb antique silver jug is in excellent condition with no damage or restoration. Lovely colour. The silver marks are crisp and easy to read. There are a few small dents to the handle (see photos). Please note that this item is not new and will show moderate signs of wear commensurate with age. Reflections in the photograph may detract from the true representation of this item.