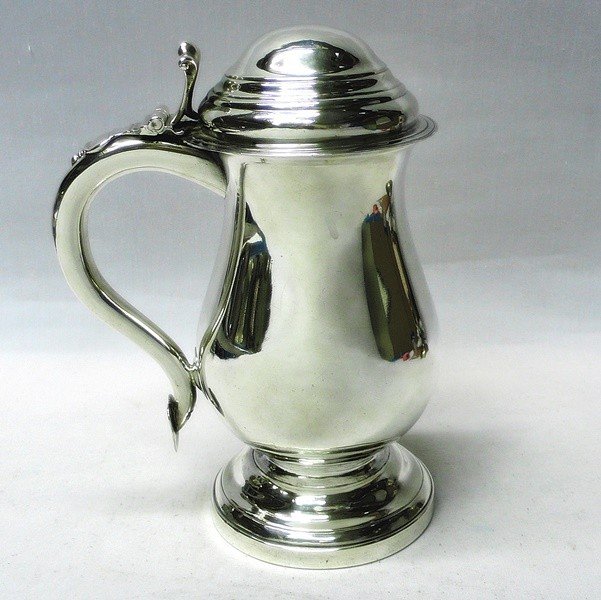 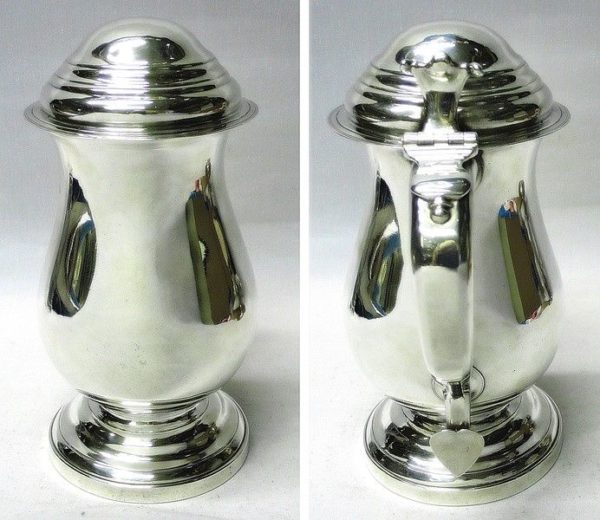 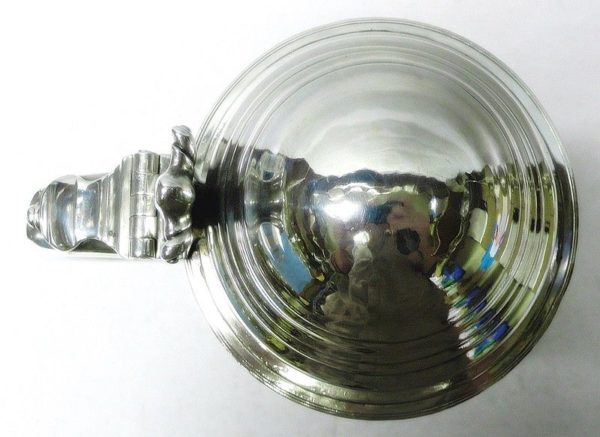 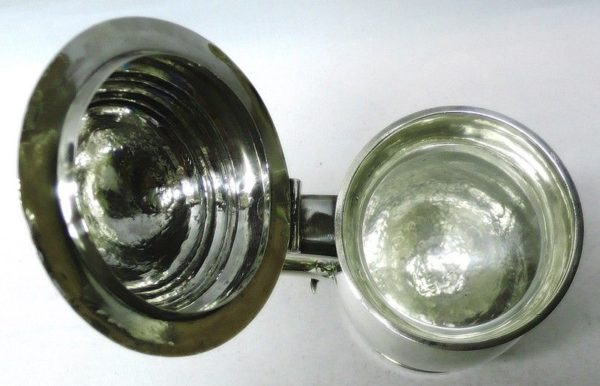 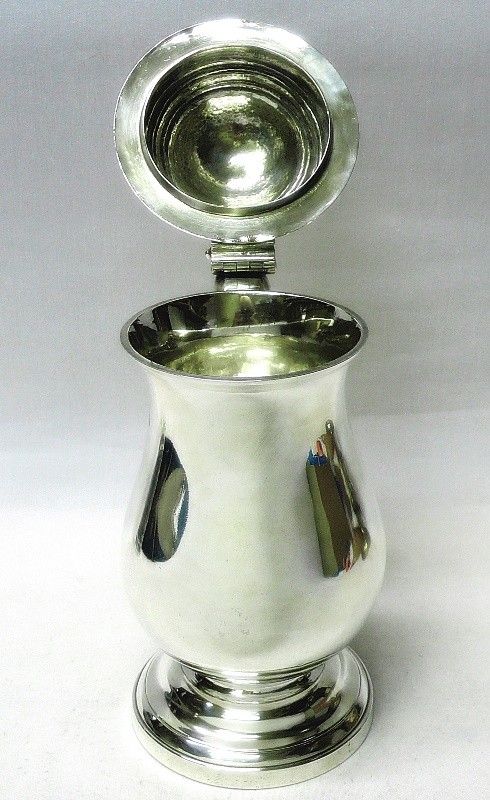 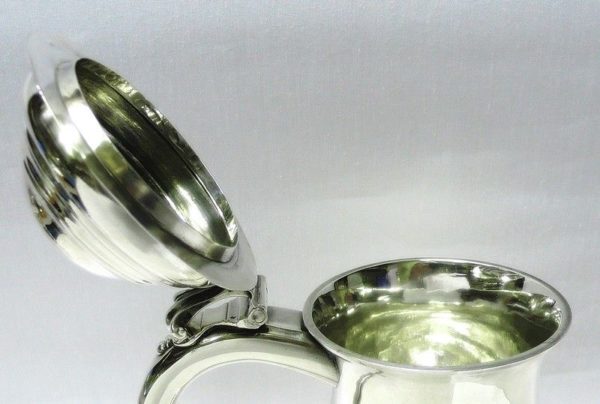 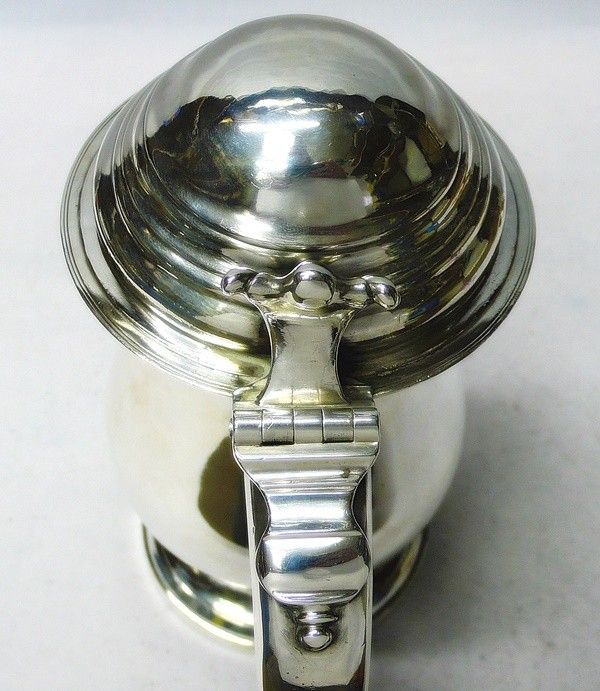 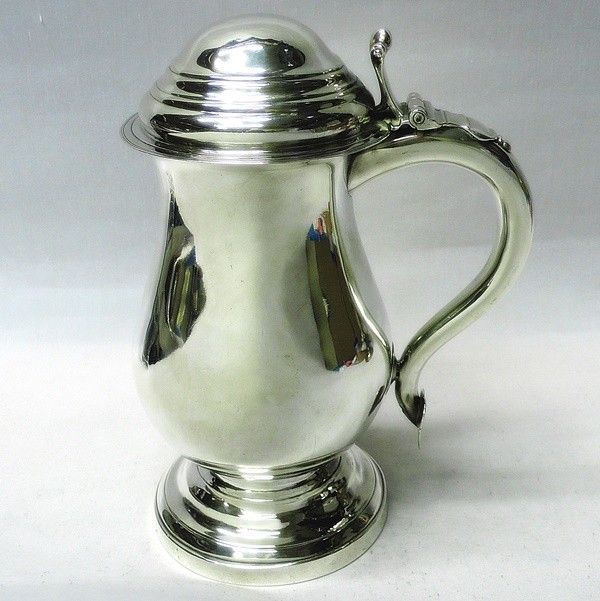 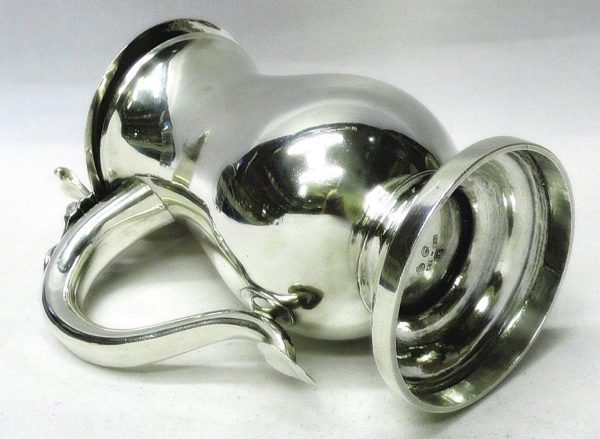 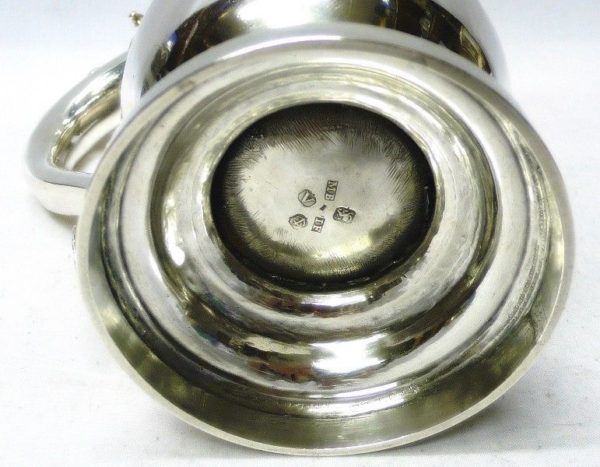 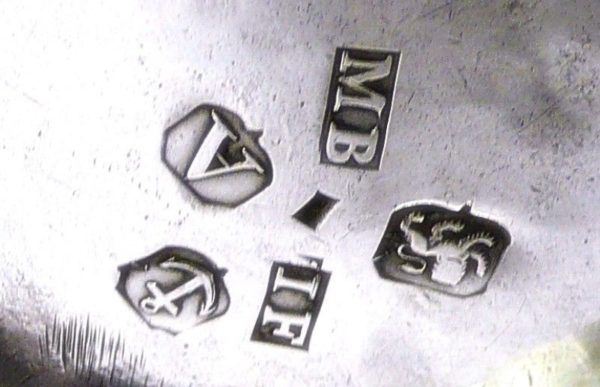 A rare antique sterling silver tankard with domed hinged lid and plain baluster design. From the Matthew Boulton and John...

A rare antique sterling silver tankard with domed hinged lid and plain baluster design. From the Matthew Boulton and John Fothergill partnership and made in 1773, the first year of the Birmingham assay office. Good weight. Simple strapwork to the top of the handle and a cut out thumb piece. Inside you can still see the hammered finish. Uninscribed. Contains 900 ml. Weight 708 grams, 22,7 troy ounces. Height 22 cms. Diameter 9 cms (top). Birmingham 1773. Maker Matthew Boulton and John Fothergill.

This fine tankard is in very good condition with no damage or restoration. Uninscribed. Good weight. Fully marked underneath with a full set of clear English silver hallmarks, lid and handle unmarked. Please note that this item is not new and will show moderate signs of wear commensurate with age. Reflections in the photograph may detract from the true representation of this item.