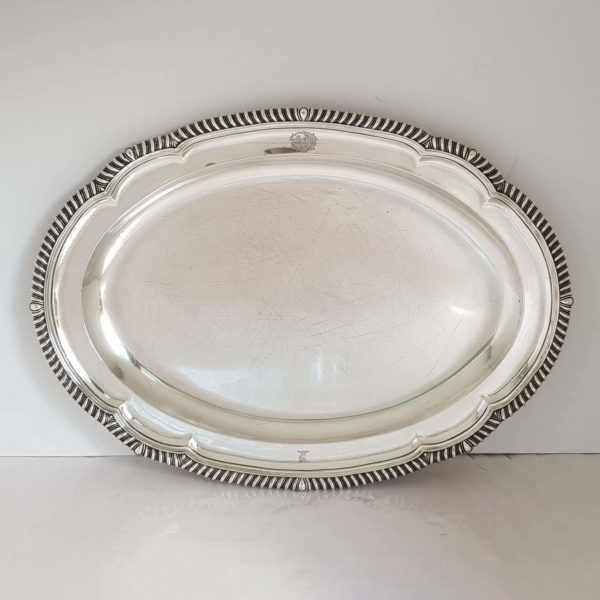 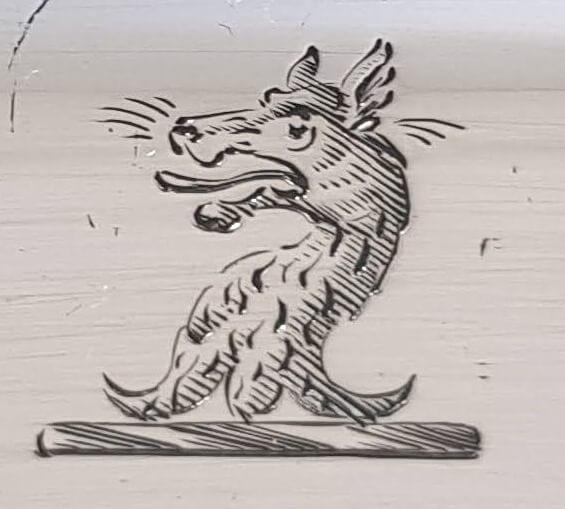 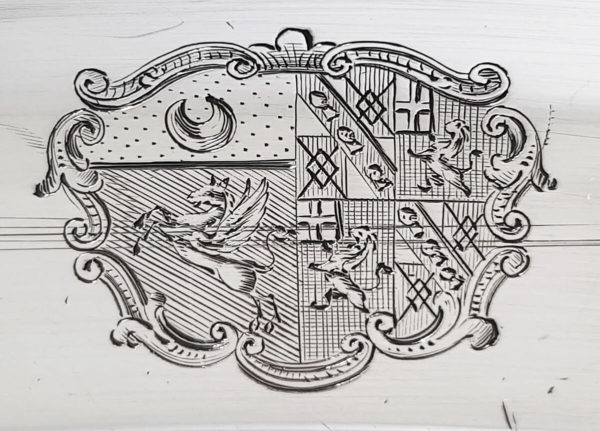 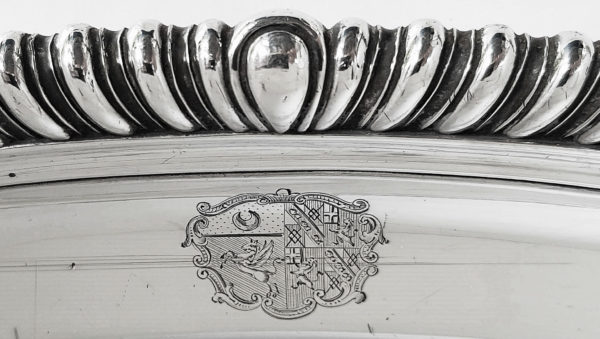 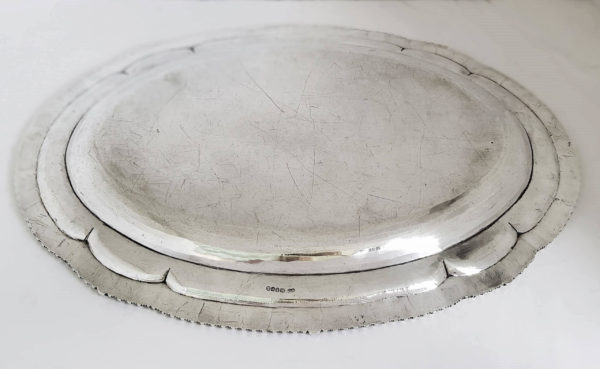 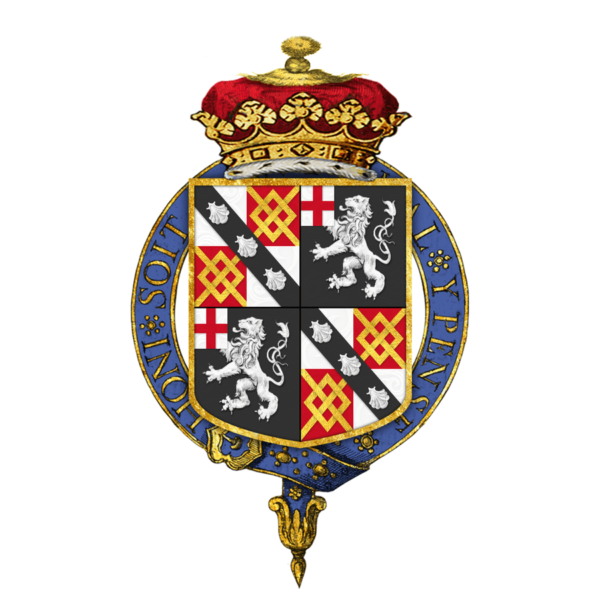 A handsome antique silver serving dish of oval form with a shaped gadroon border. Excellent quality and good gauge silver as you’d expect from this world famous English silversmith. Large size. On the top edge, there is a hand engraved armorial for George Spencer, 4th Duke of Marlborough, incorporating a Pegasus and crescent moon .To the other side there is the crest of a mythical creature.

Literature. From the late 17th century large dinner services were made for the rich and noble dining tables. Originally comprising sets of dinner plates, chargers and serving dishes, later in the 18th century many other items were added including entrée dishes, tureens and sauce boats.

This lovely meat plate is in very good condition. Stamped on the reverse with a full set of English silver hallmarks. The engraved crest still has good definition.This platter has been used for cutting meat and the centre has not been erased. Please note that this item is not new and will show moderate signs of wear commensurate with age. Reflections in the photograph may detract from the true representation of this item.