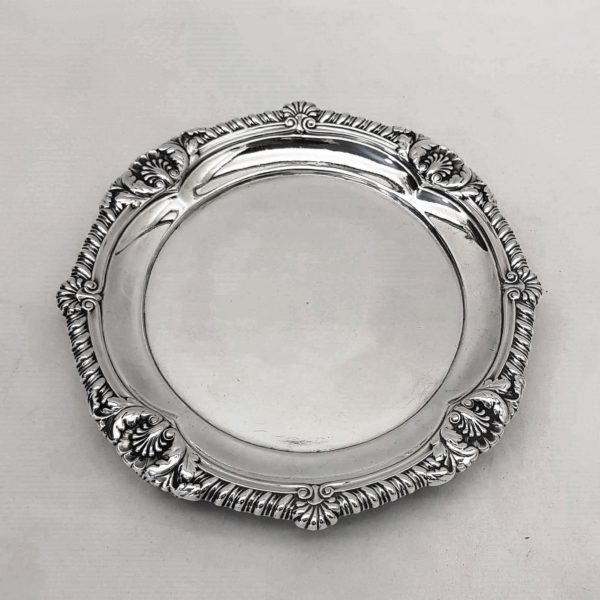 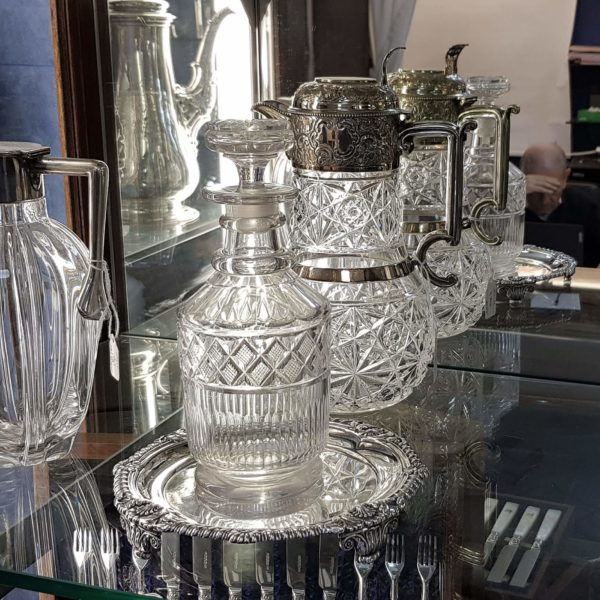 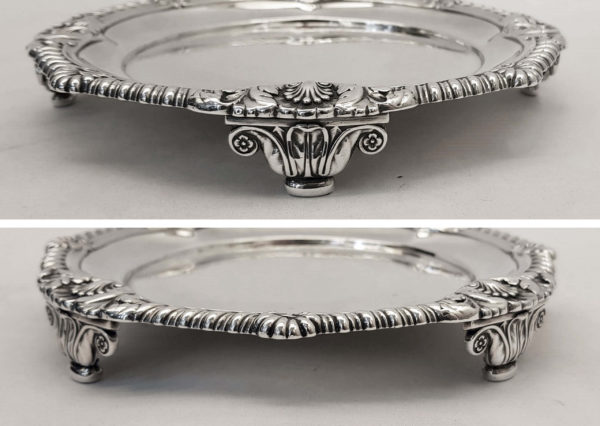 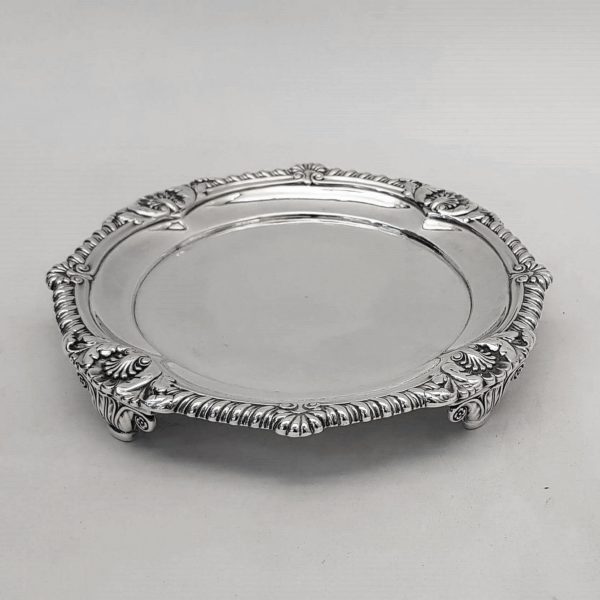 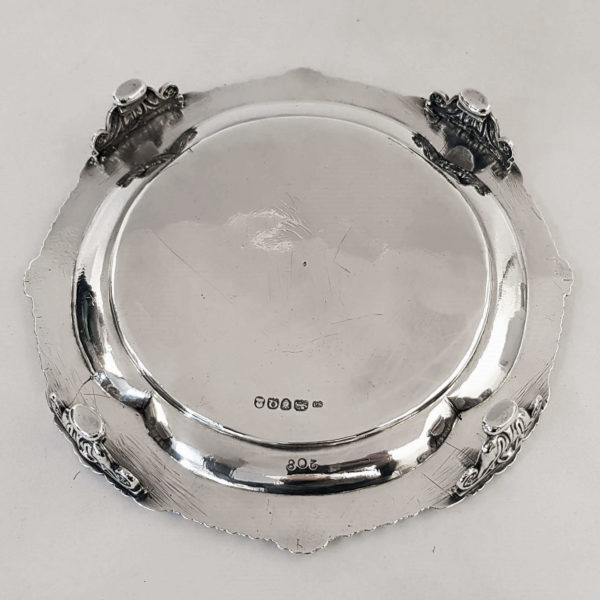 A handsome antique sterling silver salver having a broad gadroon border interspersed with shell motifs. Nice chunky size and good weight. Excellent quality as you’d expect by the prestigious English master silversmith Paul Storr. This type of small size tray is often referred to as a waiter and is ideal for use with small objects such as glasses and bottles.

Marks. Stamped underneath with a full set of English silver hallmarks and a manufacturing number 208.

Literature. The traditional form of salver with plain flat surfaces and small feet at the edge, rarely found before the reign of George I, was made in various forms such as round, rectangular, oval and octagonal and are an ideal starting off point for collectors of early silver.

The term “waiter” is not commonly used but relates to small examples less than 6 or 7 inches; these have become very popular now to stand a bottle or wine glass.

This salver is in very good condition. Thick gauge silver.