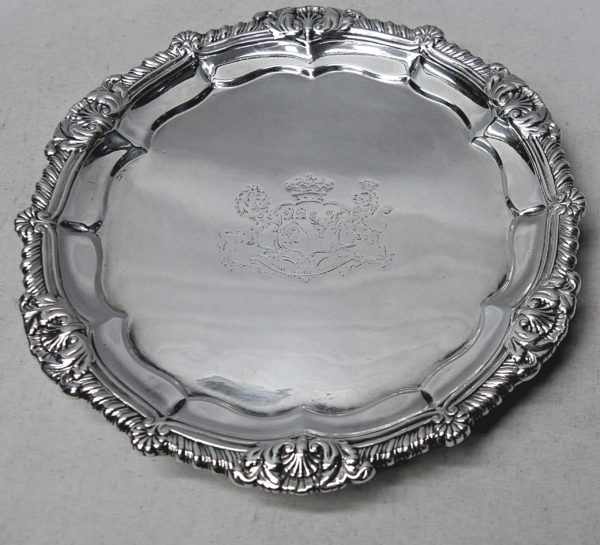 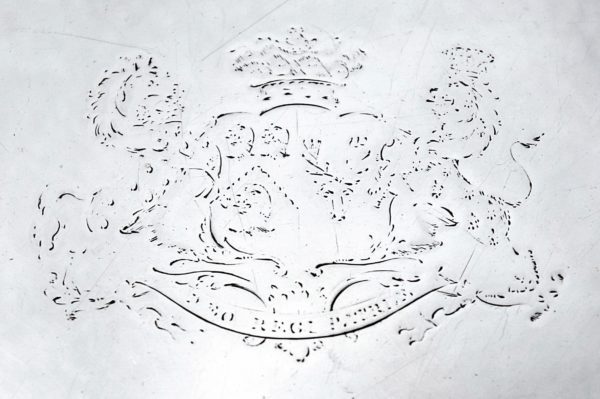 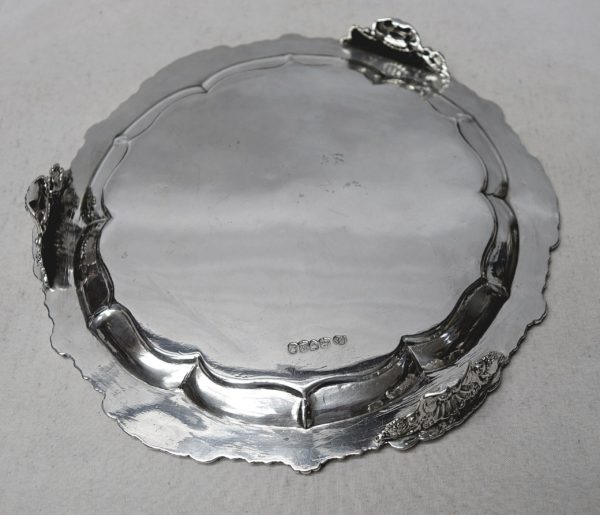 A handsome antique sterling silver salver with a broad shell and gadroon border and grape decorated shell feet. Excellent quality as you’d expect by this prestigious English master silversmith. To the centre there is a large hand engraved armorial with a prince or princess’s coronet above, and the motto “Deo Rece Patris” below. Weight 678 grams, 21.8 troy ounces. Diameter 24 cms. Height 3 cms. London 1828. Maker Paul Storr.

This excellent silver tray is in very good condition with no damage or restoration. Good weight. The silver marks are well stamped and clear. The borders are still crisp. There is some wear to the engraving. Please note that this item is not new and will show moderate signs of wear commensurate with age. Reflections in the photograph may detract from the true representation of this item.