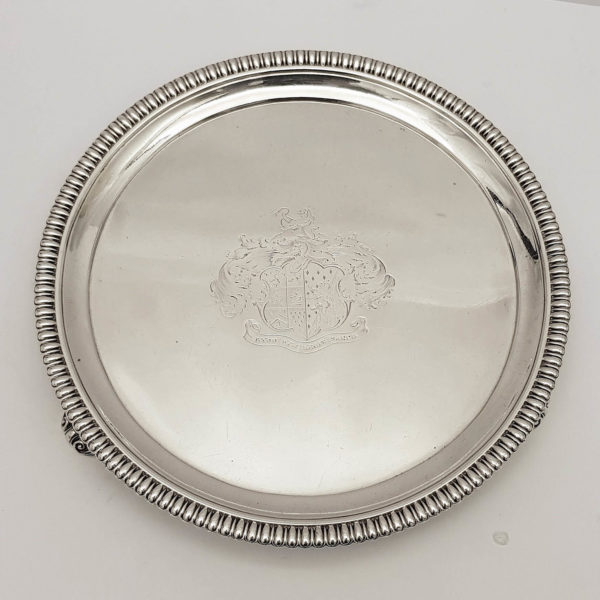 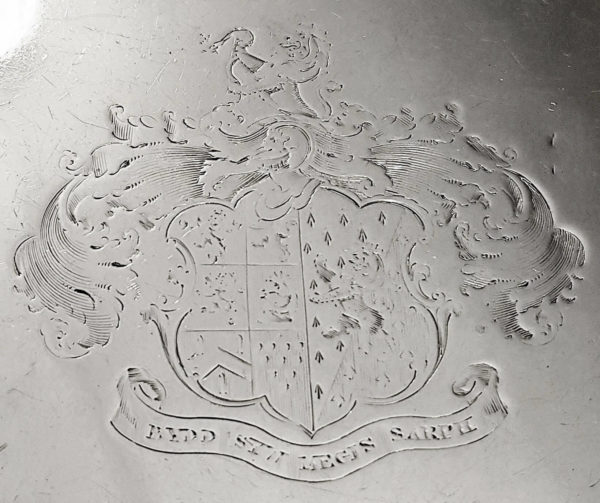 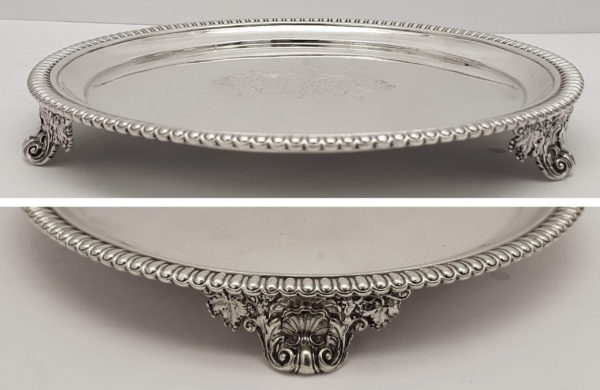 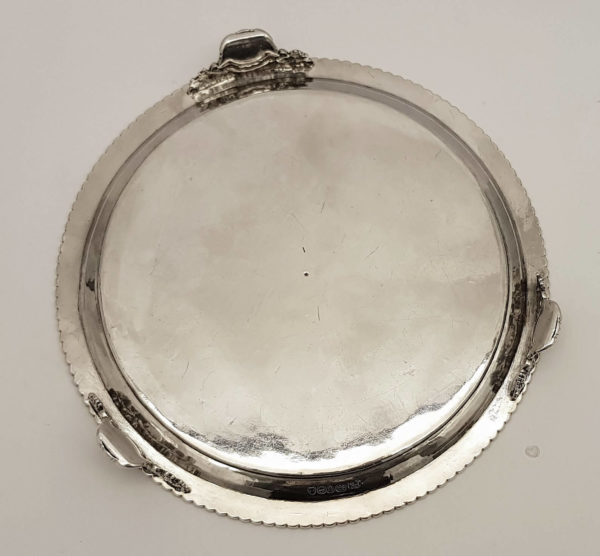 A handsome antique sterling silver salver with a broad gadroon border, the feet with shell and grapevine design. Excellent quality...

A handsome antique sterling silver salver with a broad gadroon border, the feet with shell and grapevine design. Excellent quality as you’d expect by the prestigious English master silversmith Paul Storr. To the centre there is a finely engraved armorial with a motto in Welsh “Bydd Syw Negis Sarpe”.

Marks. Stamped on the underside with a full set of English silver hallmarks, well stamped and clear.

The silver tray is in very good condition. Good weight. The engraving still has definition with signs of wear. Light surface scratching as you’d expect.