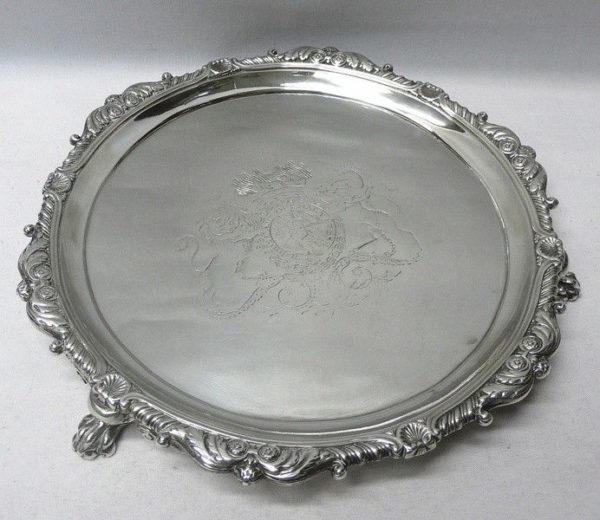 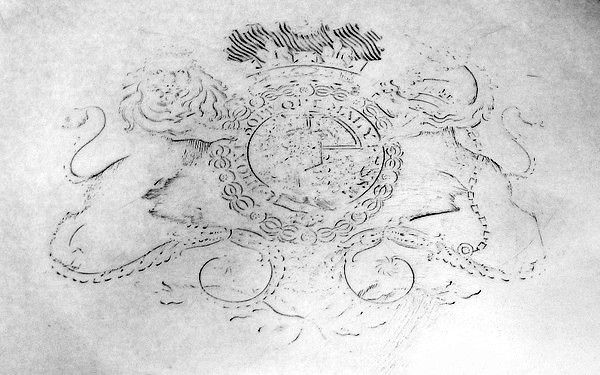 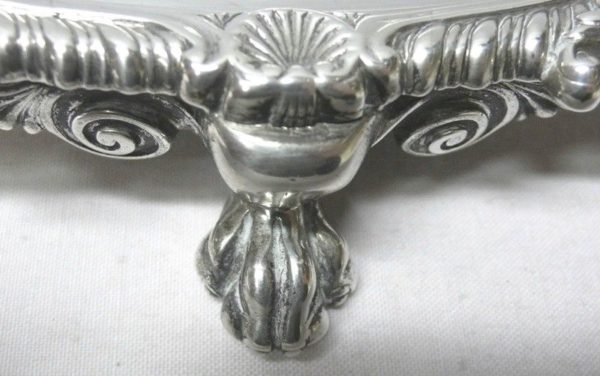 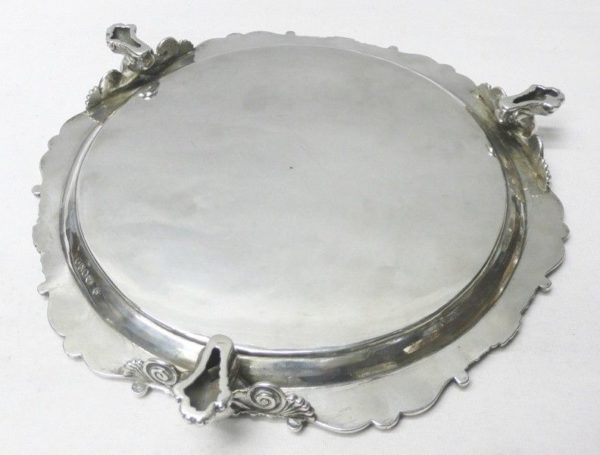 A handsome antique sterling silver salver with a broad shell and gadroon border and outspreading paw feet. Fantastic quality as...

Literature: The Order of the Garter (the Royal Coat of Arms) is the highest order of chivalry. The motto “Honi Soit Qui Mal y Pense” means “Evil (or shame) be to him that evil thinks.’ In 1808 there were only 4 royal persons entitled to use this armorial together with the prince/princess’s coronet. The provenance of this salver is unknown however it would have been commissioned by the original royal owner either for their own personal use, or as a presentation item, or it could even been part of a British ambassador’s suite of silver.

This imposing silver tray is in very good condition with no damage. Good weight. The silver marks are well stamped and clear. The borders are still crisp. There is some wear to the engraving.