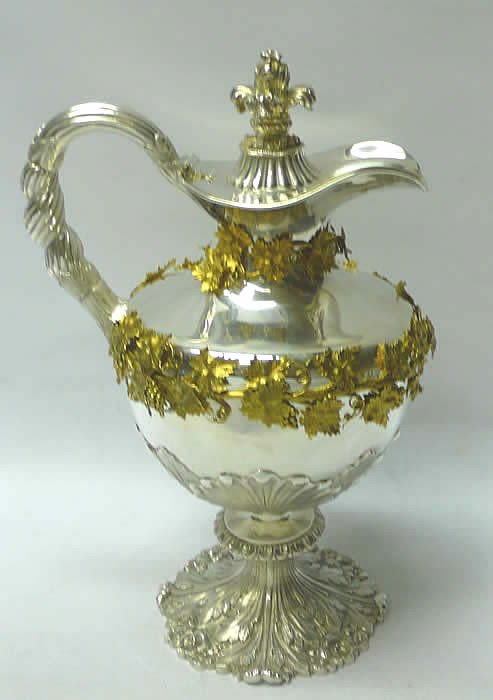 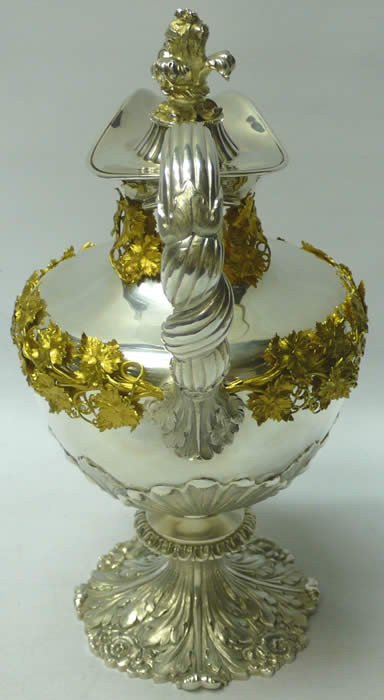 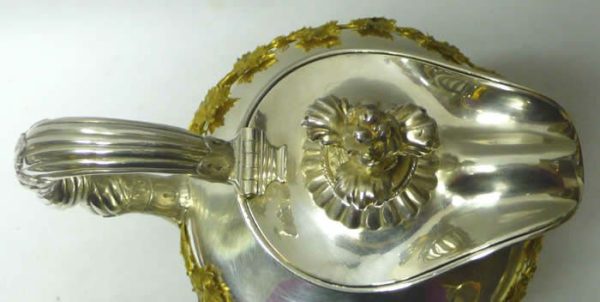 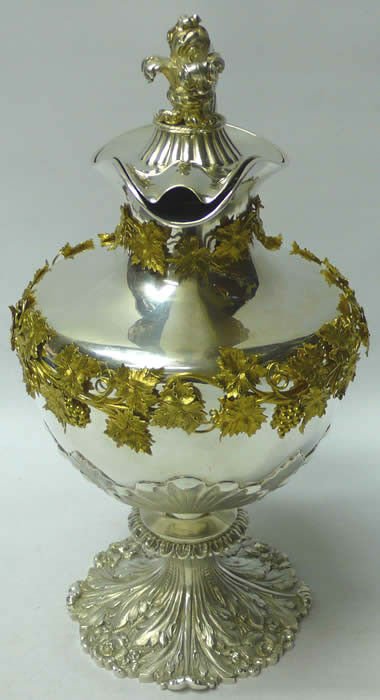 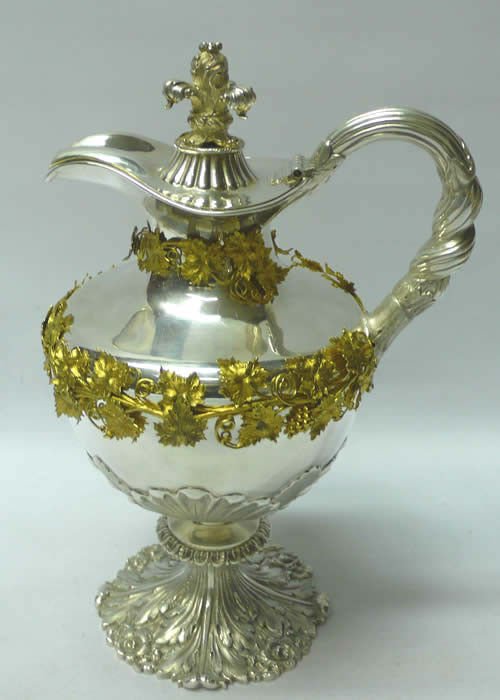 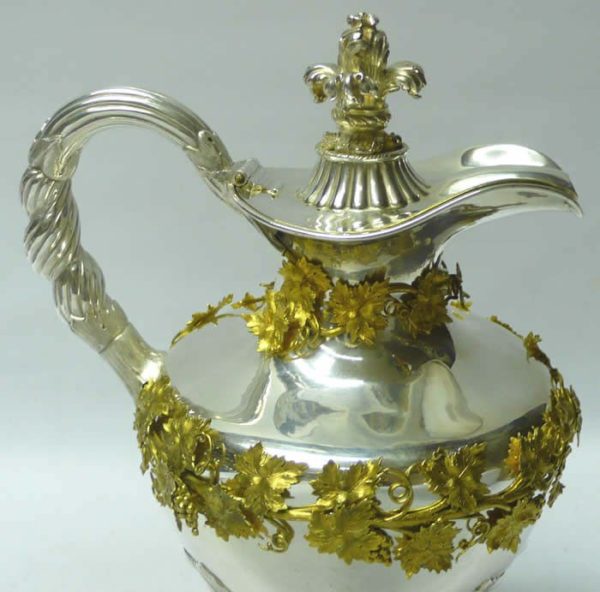 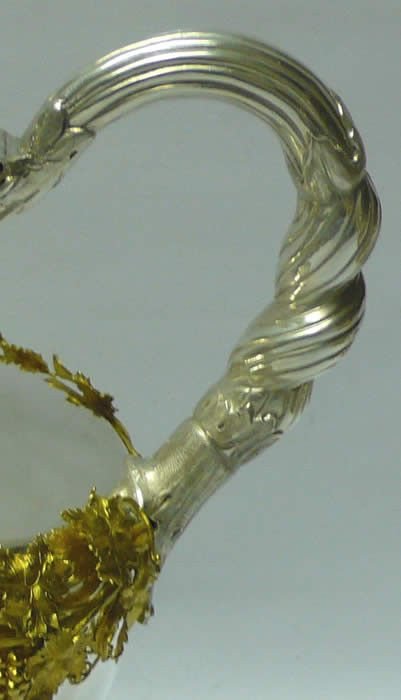 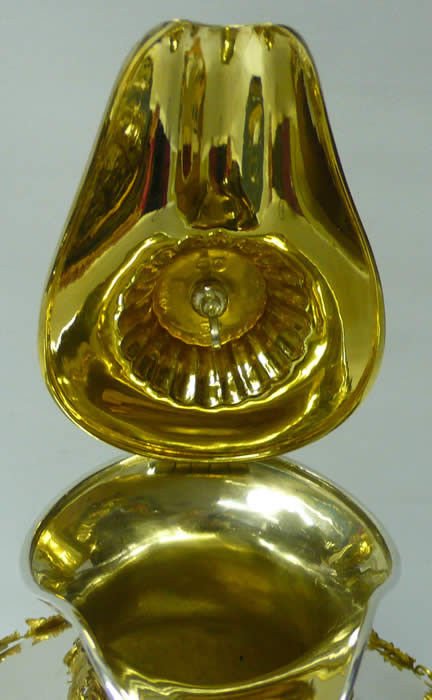 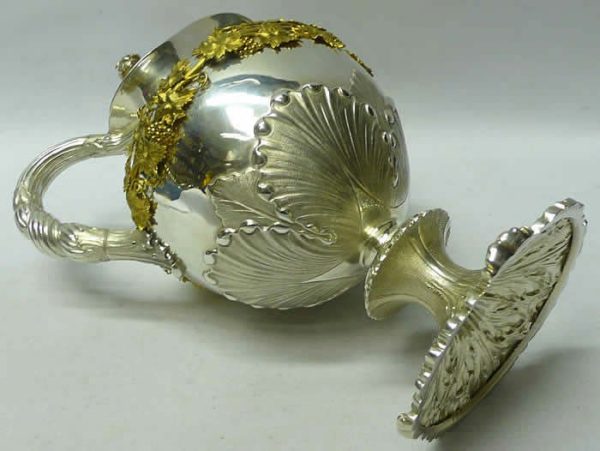 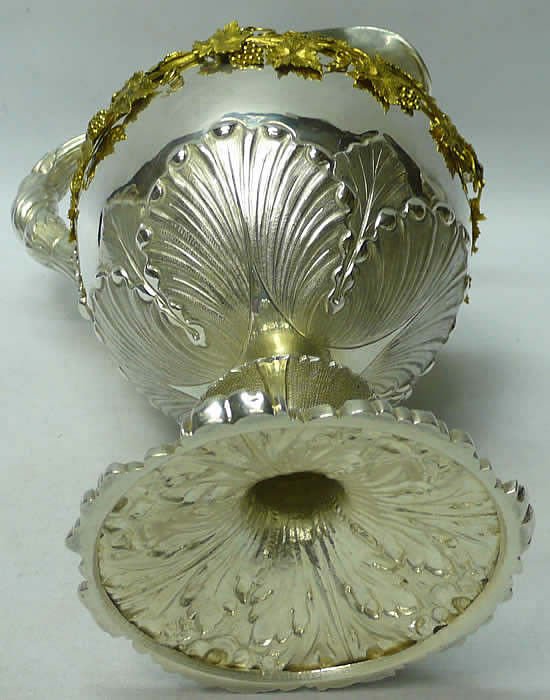 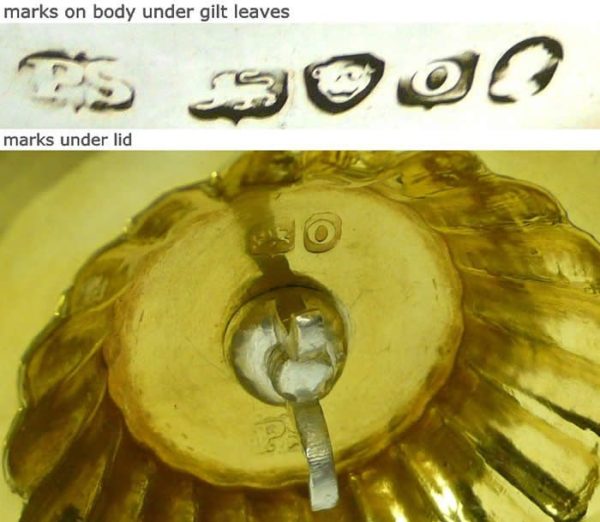 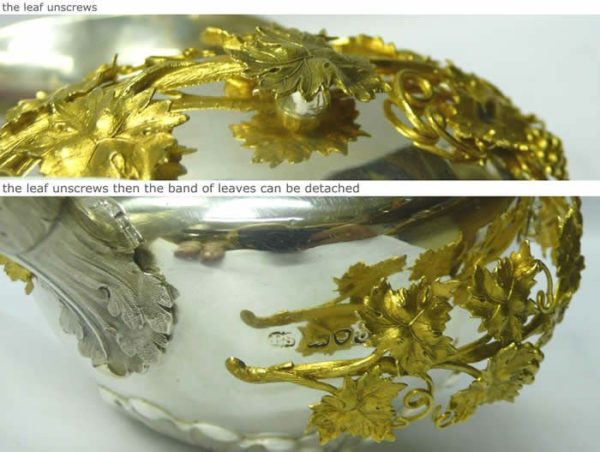 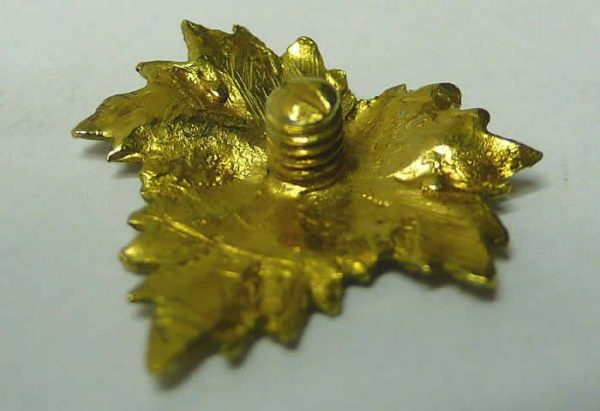 A superb antique sterling silver wine jug with a shaped vase form on spreading pedestal foot. Fantastic quality from top to toe, just as you’d expect from this prestigious English master silversmith. With a cast decorative top finial, thick knotted handle, large applied vine leaves to the lower body and a heavy cast silver foot. Wrapped around the body are 2 bands of ornate gilt silver vine leaves and a curious feature is the lower band, which covers the silver hallmarks, but can be detached by unscrewing the central vine leaf. The inner lid and inside the jug also have the original gilt finish. Contains 1200 ml. Weight 969 grams, 31.1 troy ounces. Height 29 cms. Spread 18 cms. London 1829. Maker Paul Storr.

This superb antique silver jug is in excellent condition with no damage or restoration. With silver stamps inside the lid and on the body. Some of the gilt leaves are stamped with a lion and one leaf also has the King's head. Please note that this item is not new and will show moderate signs of wear commensurate with age. Reflections in the photograph may detract from the true representation of this item.