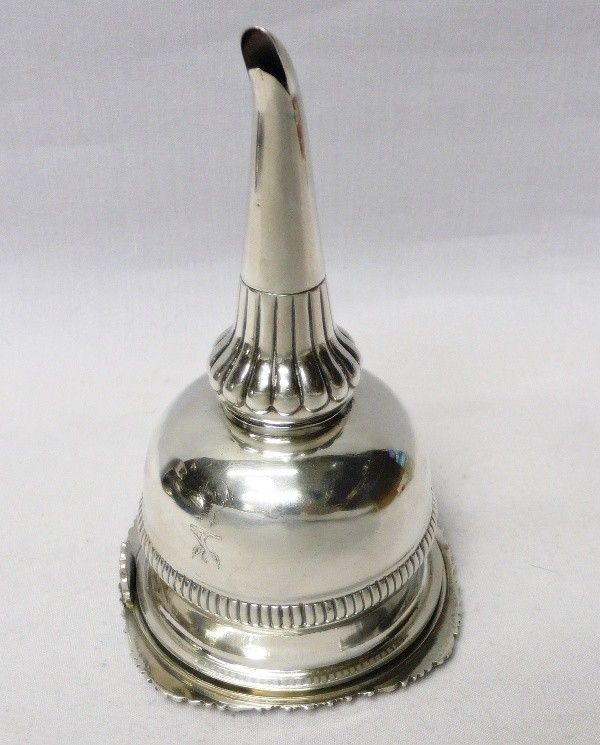 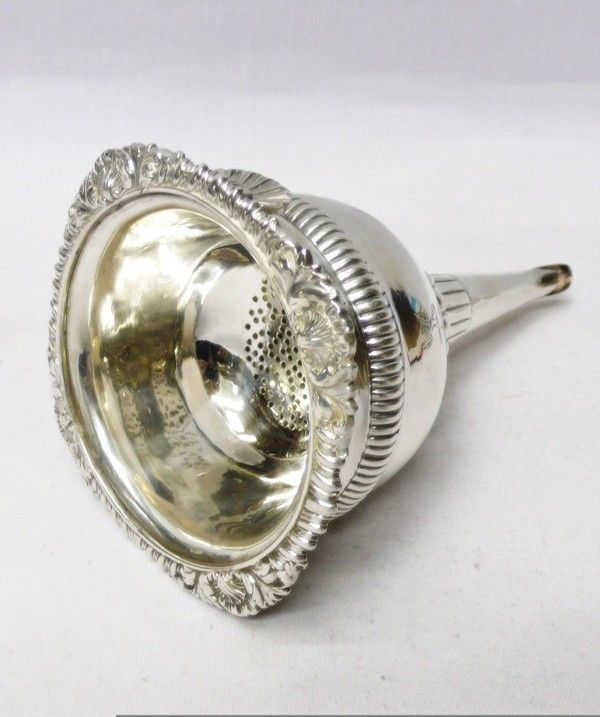 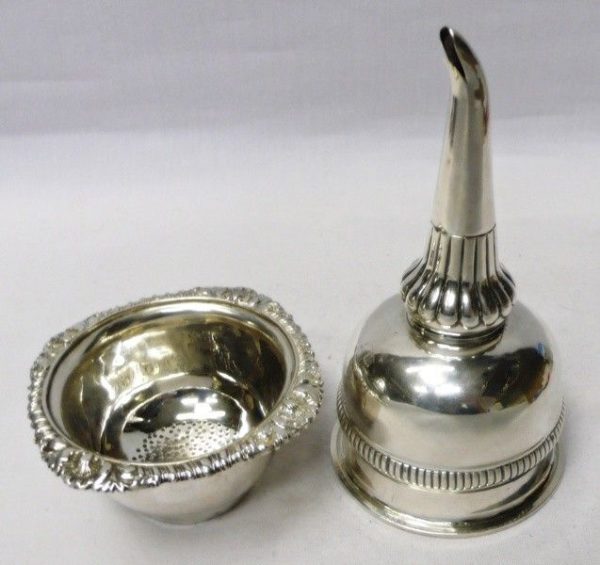 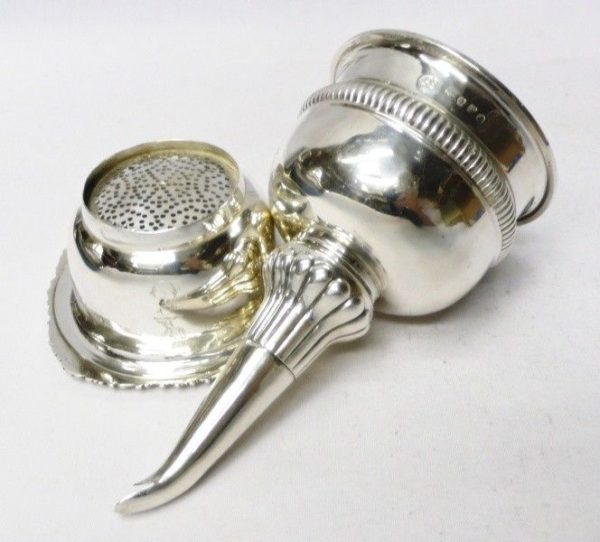 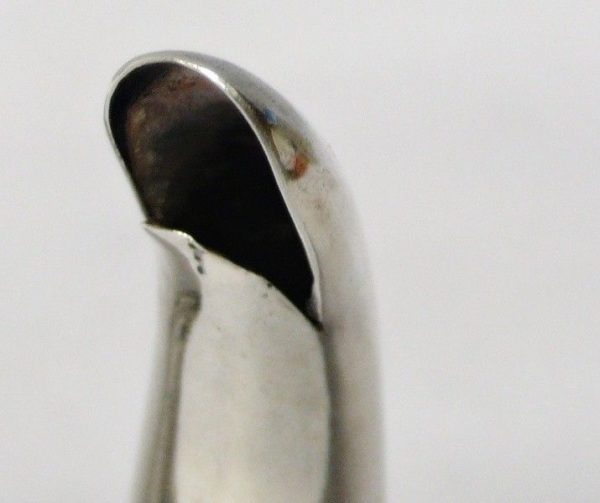 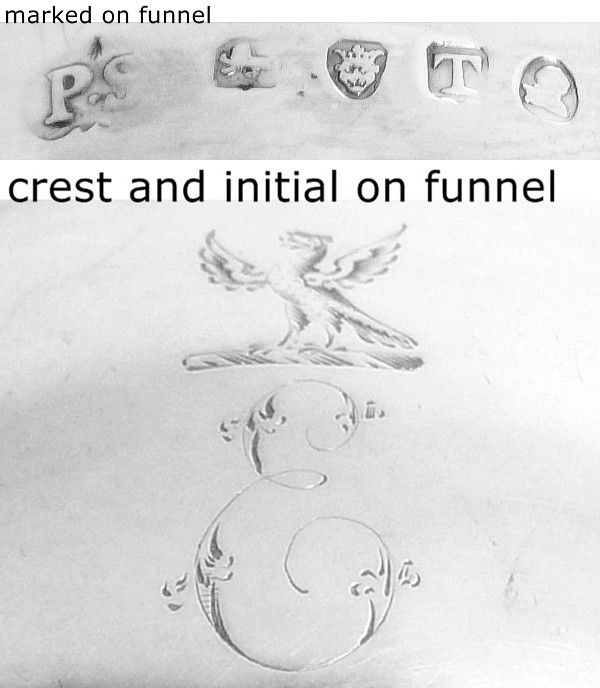 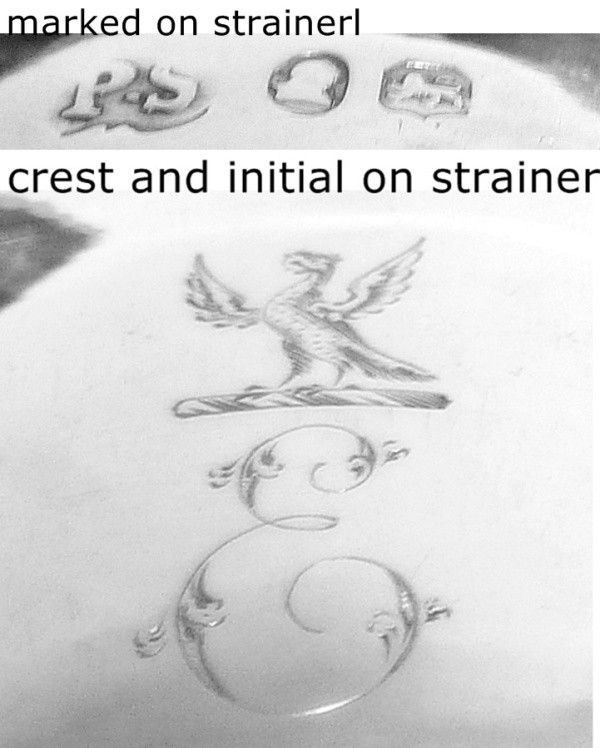 Literature: The wine funnel became common towards the end of the 18th century; a few rare earlier examples exist. With the modern wine making methods wine funnels are generally used just for decanting wine however in olden times the wine needed to be filtered before drinking it. The pierced platform is not normally sufficient to strain the wine properly and needs a piece of muslin fitted between the pierced section and the spout. There are two main varieties: the first has a spout which detaches just below the bowl of the funnel, the other has a detachable inner bowl with a pierced centre inside the main bowl. Occasionally there is a further detachable ring which held the muslin firmly. Funnels exist without a pierced strainer and were probably used to decant liquor or possibly perfume; these are normally smaller in size.

An excellent quality antique silver wine funnel in very good condition. Each piece is stamped with clear and matching silver hallmarks. Good weight. Crisp borders and engraving. Please note that this item is not new and will show moderate signs of wear commensurate with age. Reflections in the photograph may detract from the true representation of this item.