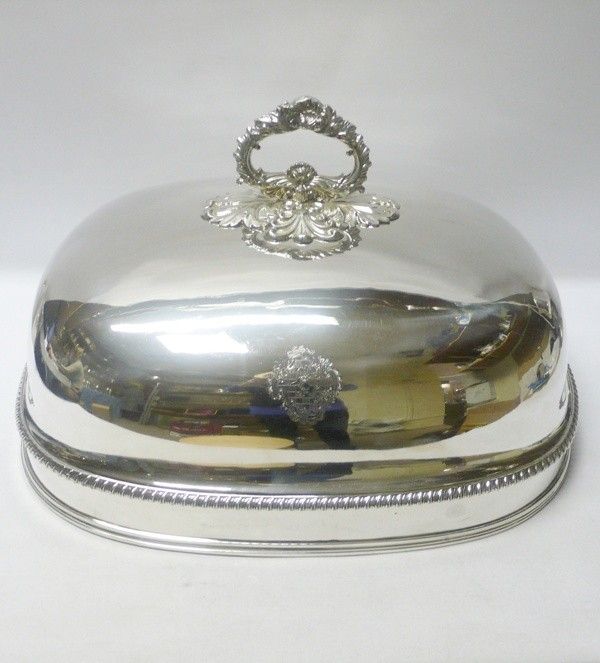 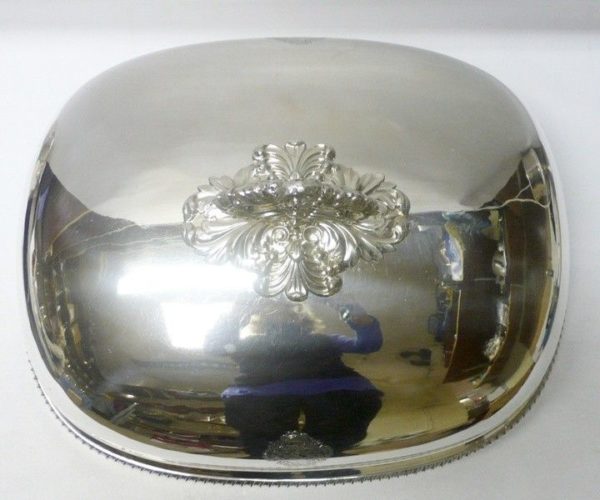 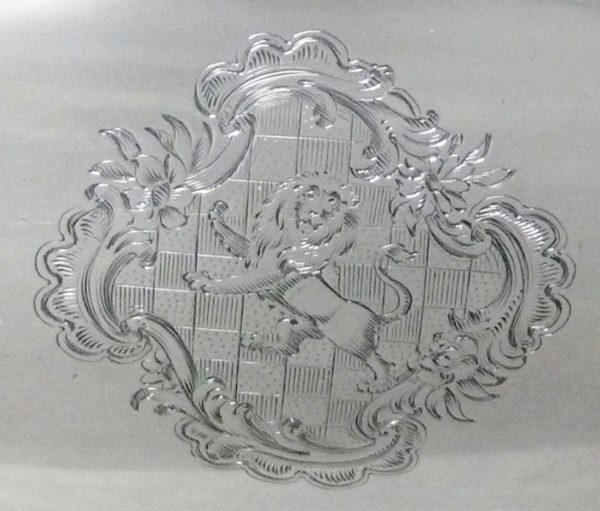 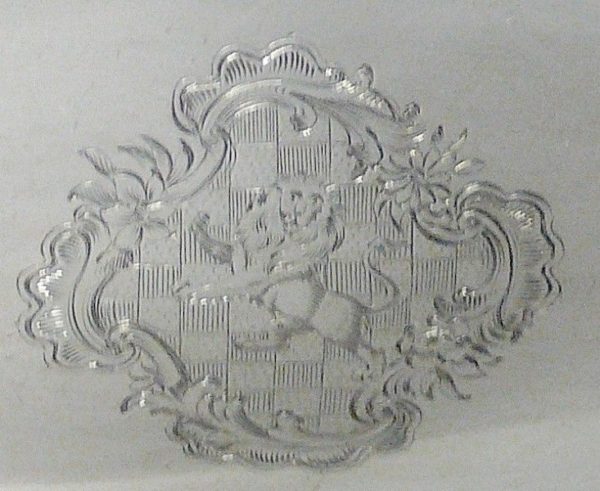 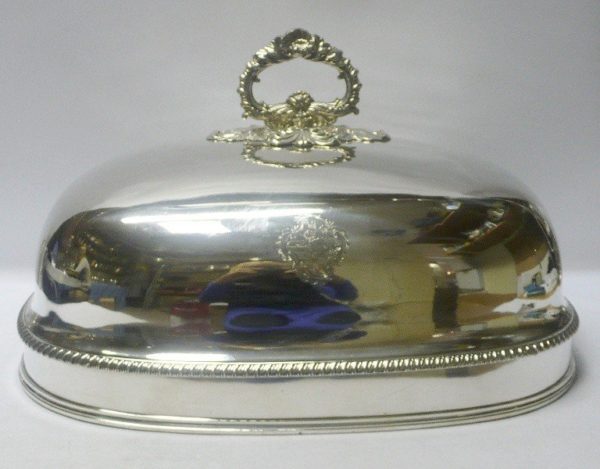 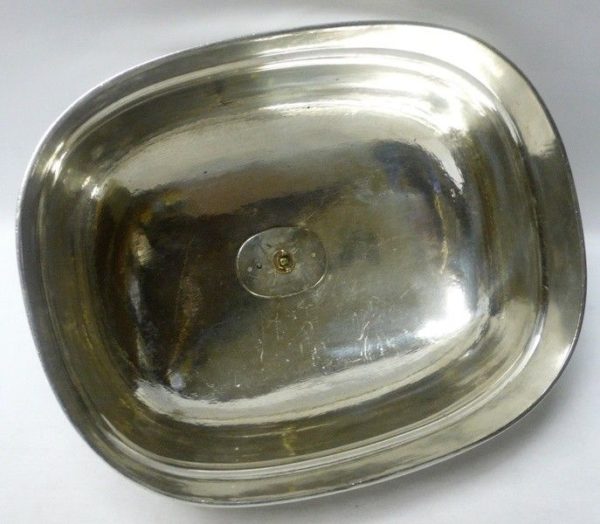 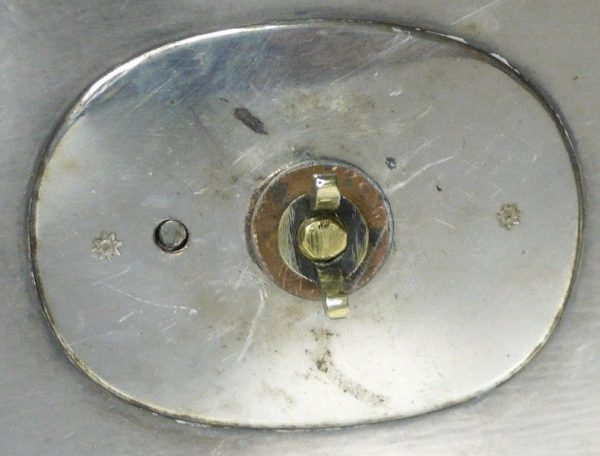 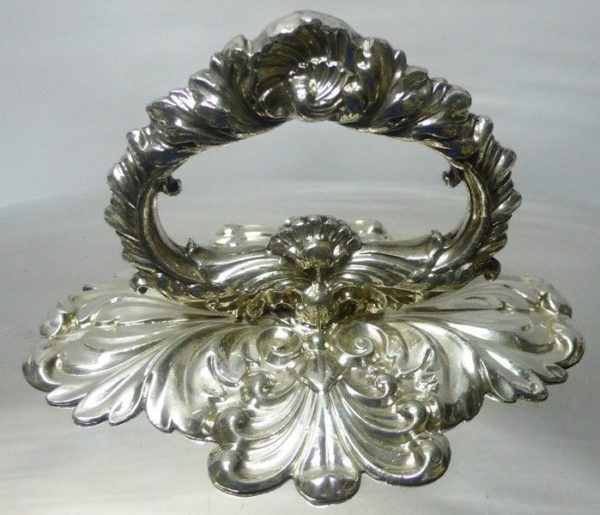 An antique dish cover of curved rectangular form in Old Sheffield plate. Good size. Handsome plain design with a gadroon ring border and decorative handle. Hand engraved to both sides is a lion crest on a chequered background within a decorative cartouche – all within an inset silver shield. Lovely crisp borders. Height 25 cms. Length 40 cms. Width 31 cms. Marked inside the handle with the double sun mark for Matthew Boulton, probably the most well known of all Old Sheffield plate makers. Circa 1820.

This magnificent antique dish cover is in excellent condition with no damage or restoration. The hand engraved crests are sharp. There is no wear to the plate. There's one minor dent and a little light scratching in some places. Please note that this item is not new and will show moderate signs of wear commensurate with age. Reflections in the photograph may detract from the true representation of this item.