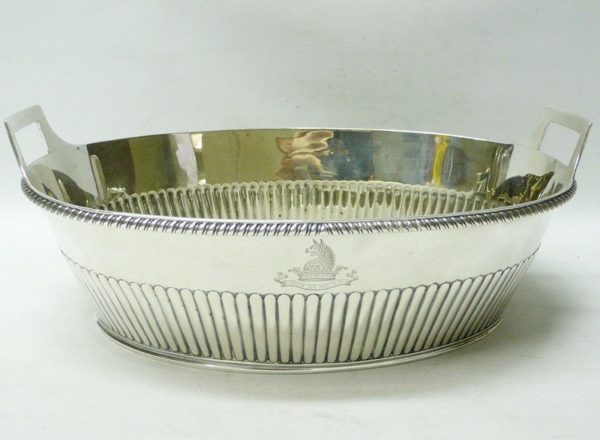 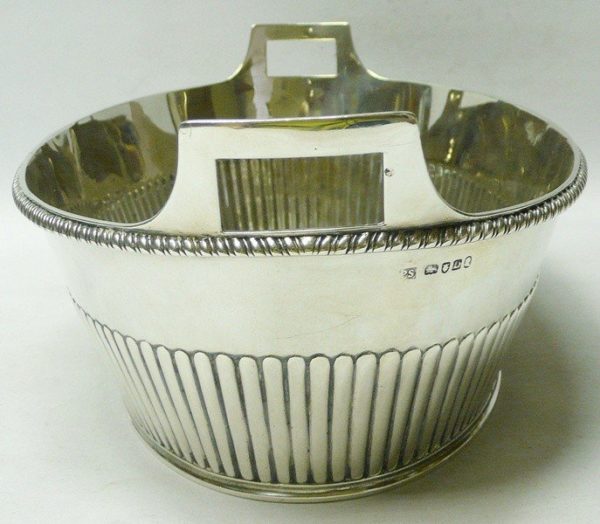 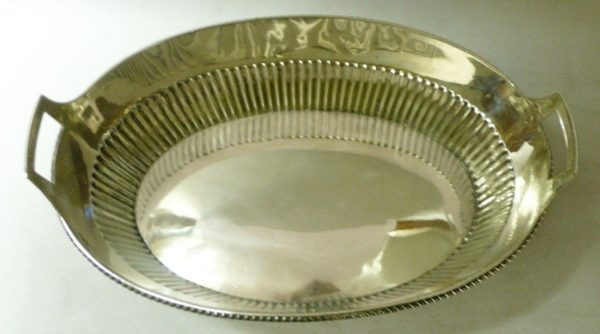 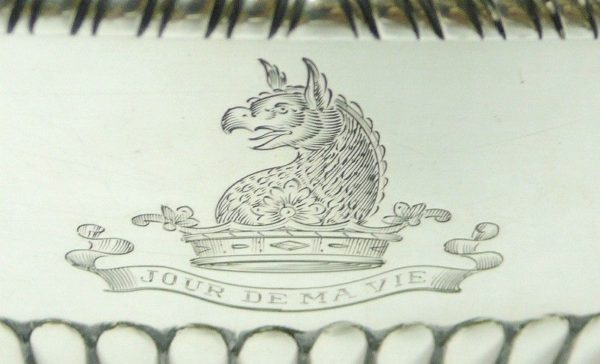 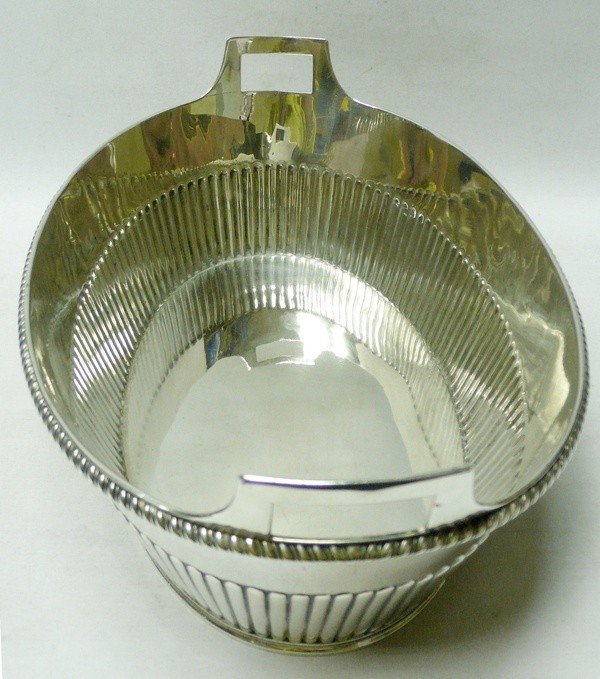 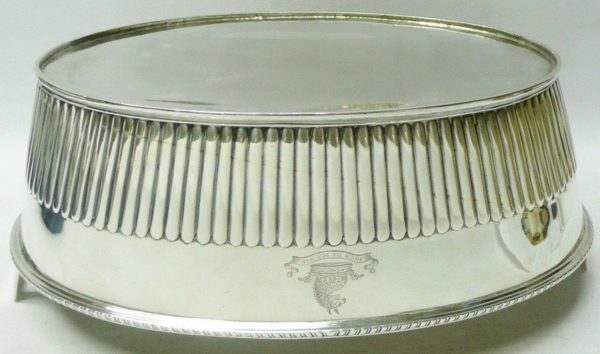 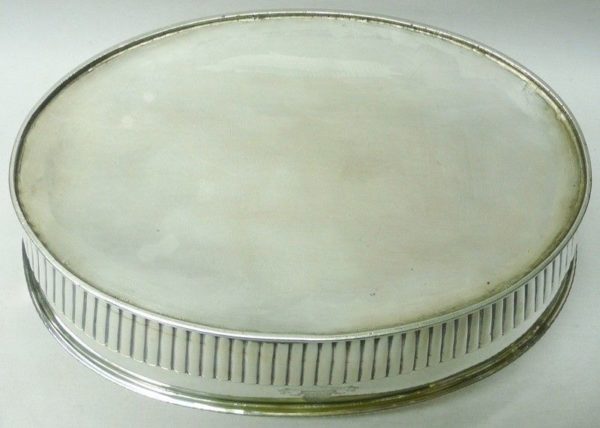 A fine quality and very substantial antique sterling silver dish of oval form with a half fluted body and gadroon...

Literature: The arms borne by the Irish branch of the West family were confirmed in 1805 to James West (who afterwards married Mrs Rumbold-Lyster and assumed by Royal Licence the name of Lyster) by the Ulster King of Arms as having been ‘borne by him and his ancestors’. A ‘confirmation’ is only granted on proof of ‘user’ for at least three generations or 100 years.

*Jour de ma vie’
A West, a la Warr and a Pelham took King John of France prisoner at Poitiers in 1356, The West was knighted on the field of battle by the Black Prince and after receiving the honour said to the Prince, ‘Monseigneur, c’est Ie plus beau jour de ma vie’. The West and la Warr families were shortly afterwards united in marriage and ‘Jour de ma vie’ was adopted as the family motto.

The information on which these notes are based came largely from Erskine Eyre West who died in 1950.

These arms are also used by the London and Yorkshire (East Rothernam) branches of the family (vide Burkes Armory).

Based on a letter in the Sunday Times June 23rd 1946 from Major G.Cornwallis-West.

This excellent silver roll dish is in very good condition with no damage or restoration. Good colour and weight. The crest and motto are still crisp. The silver marks are clear and well stamped. Please note that this item is not new and will show moderate signs of wear commensurate with age. Reflections in the photograph may detract from the true representation of this item.