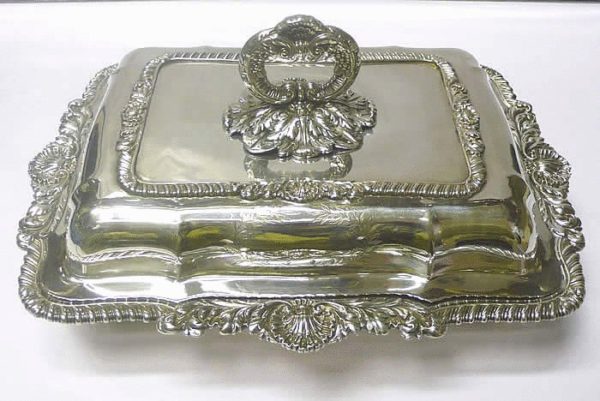 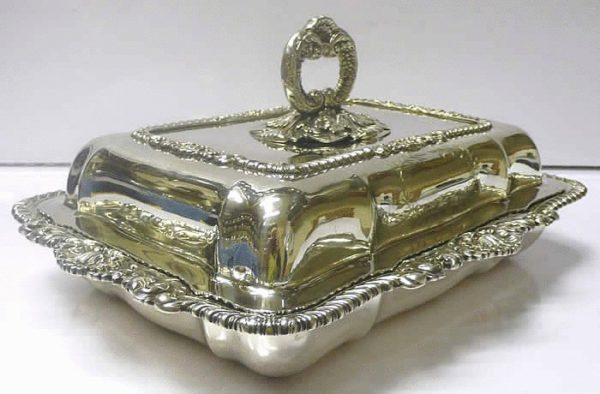 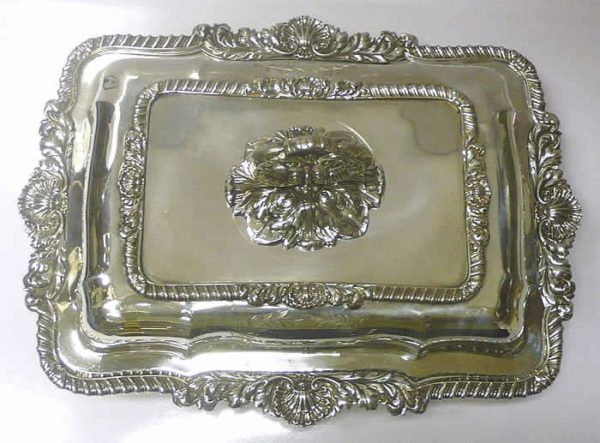 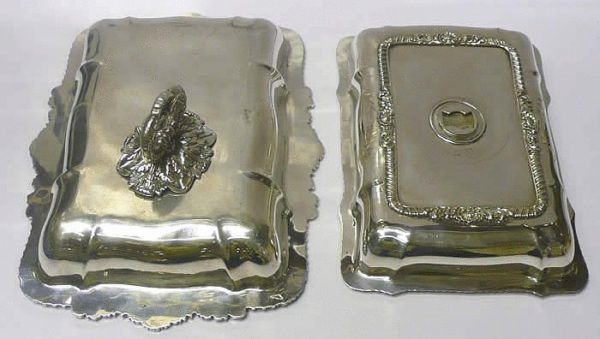 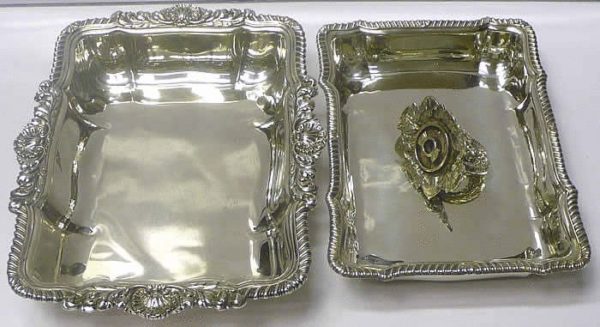 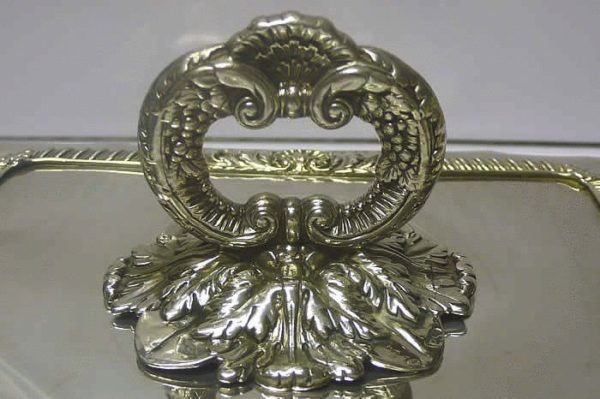 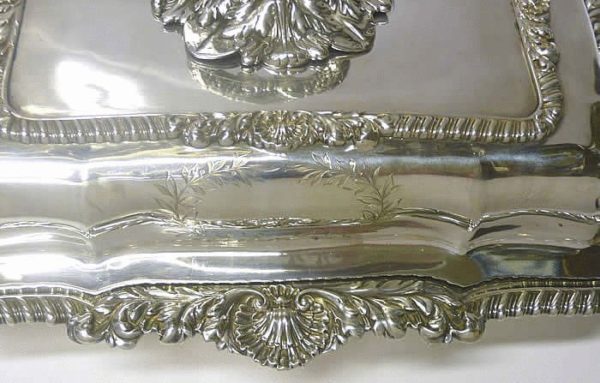 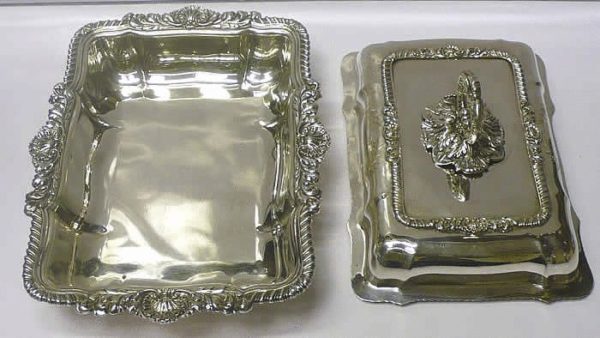 An impressive antique sterling silver serving dish and cover by the world renowned maker. Excellent gauge silver. Typical Georgian style with handsome applied gadroon borders and decorative shell and foliage mounts. The matching handle has a bayonet fitting and when removed the cover can be used as an open dish. There is an engraved cartouche (uninscribed) to both sides of the cover. Weight 2283 grams, 73.4 troy ounces. Length 33.5 cms. Width 25 cms. Height 15 cms. London 1821. Maker Paul Storr.