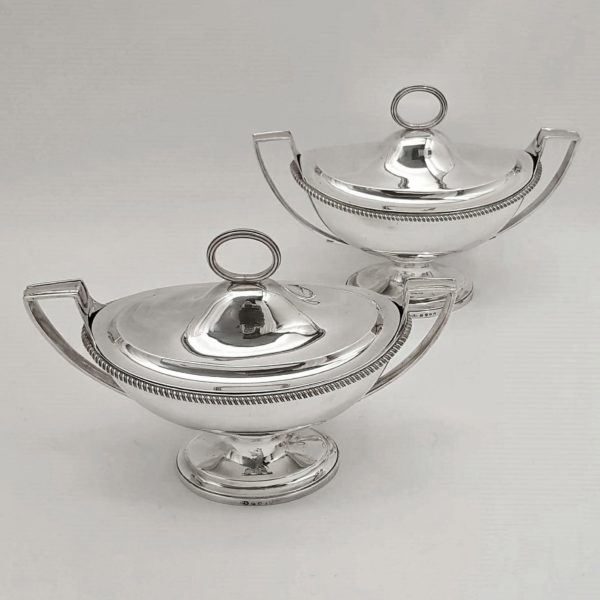 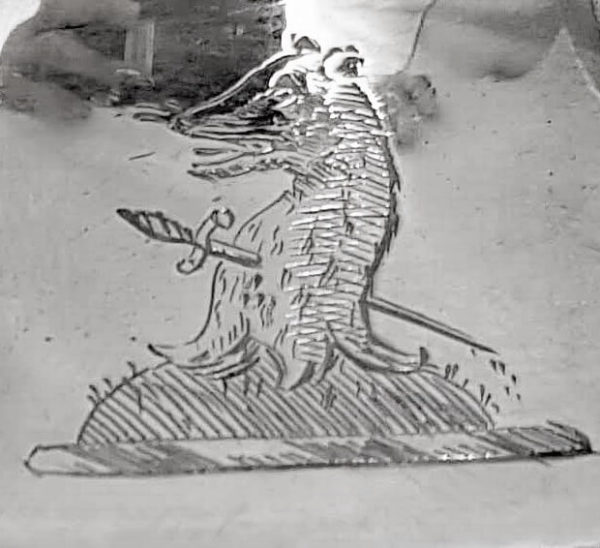 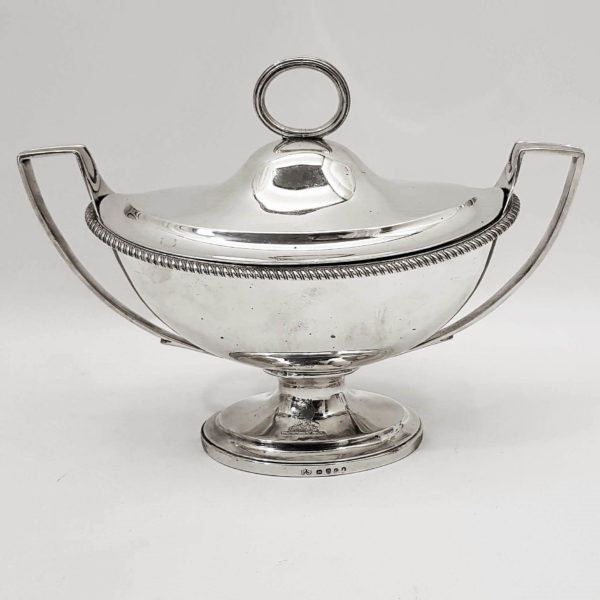 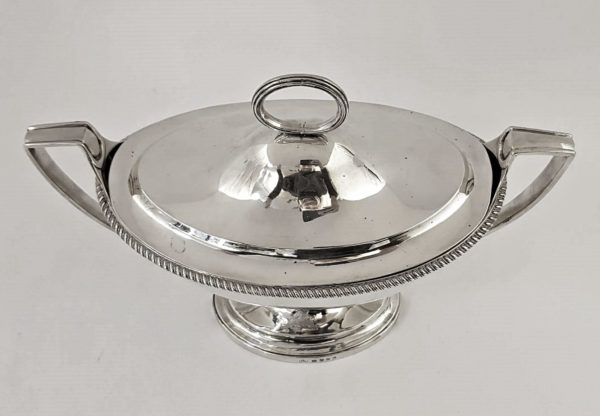 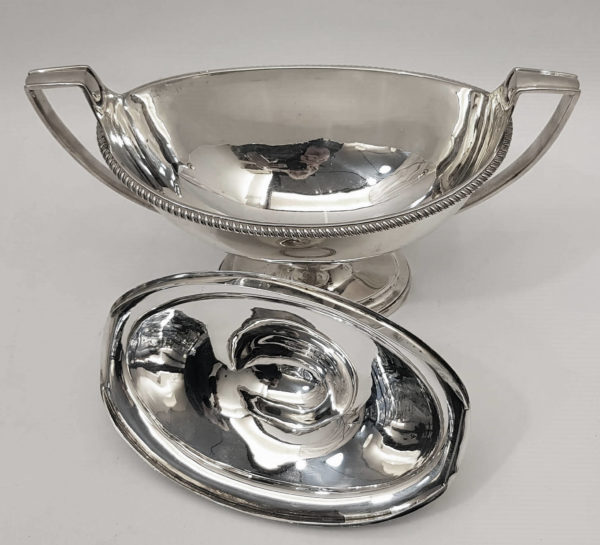 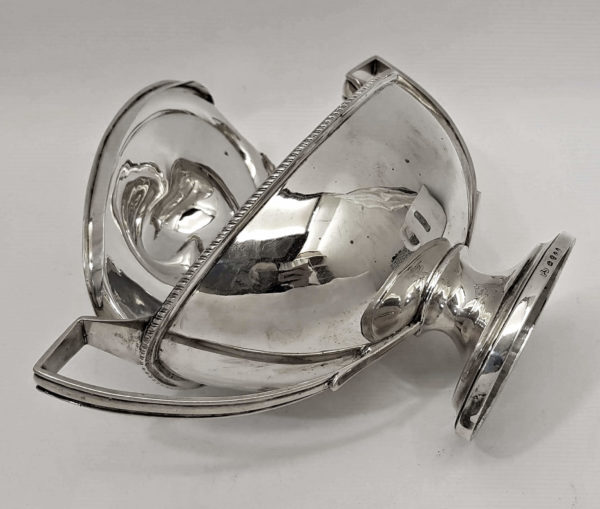 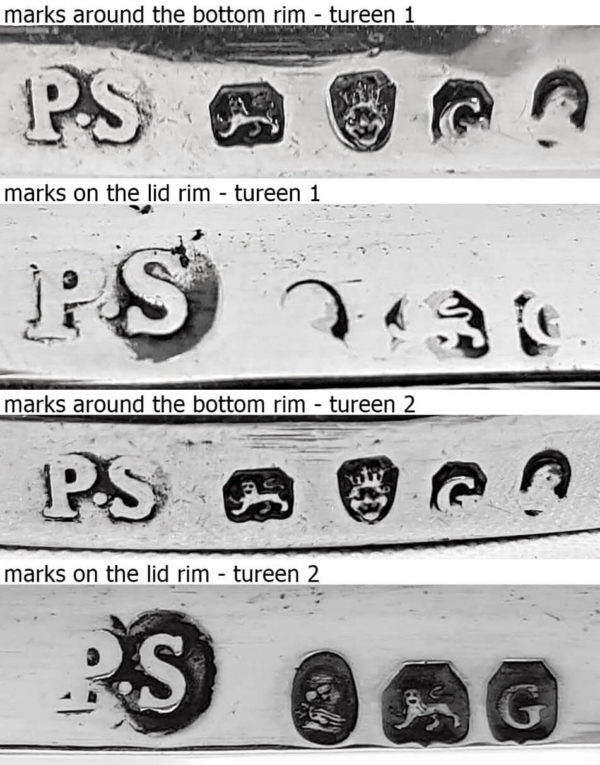 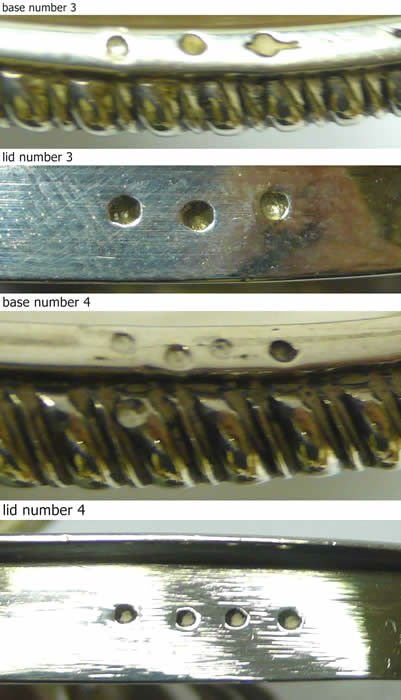 A fine pair of antique sterling silver tureens. Elegant plain styling and oval boat shape with gadroon borders and ring handles. The bases have a hand engraved crest to the front of the foot. Excellent quality and good gauge silver as you’d expect from this world famous English silversmith.

These classic style tureens are in very good condition. Both bases and lids are marked with crisp and matching silver hallmarks and all pieces have the Paul Storr maker's stamp. These two tureens were originally from at least a set of four, these being tureen numbers 3 and 4 and are marked with dots on each piece so that it is easy to fit the correct top to its base. Please note that this item is not new and will show moderate signs of wear commensurate with age. Reflections in the photograph may detract from the true representation of this item.