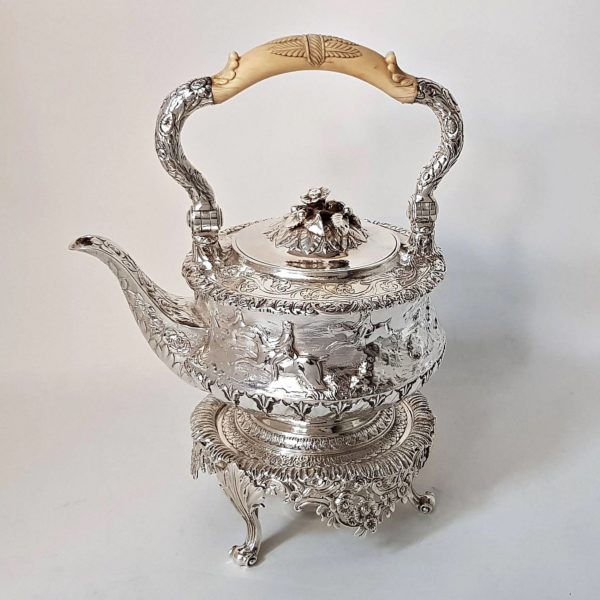 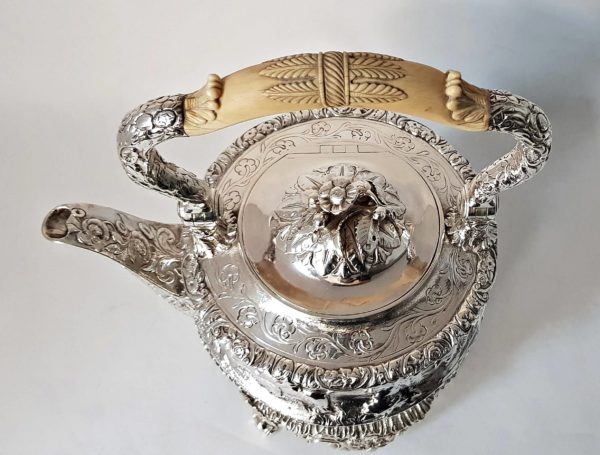 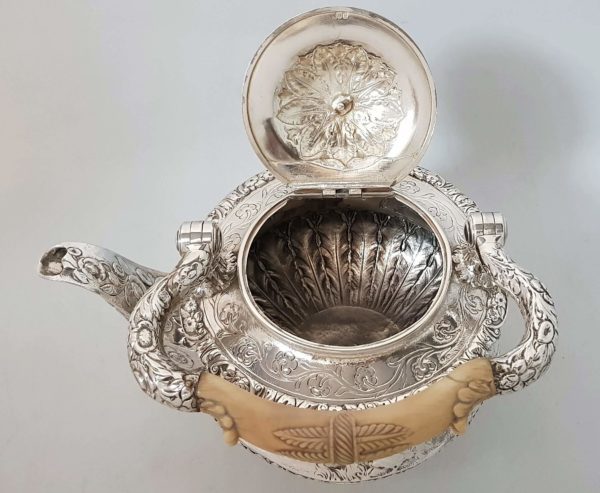 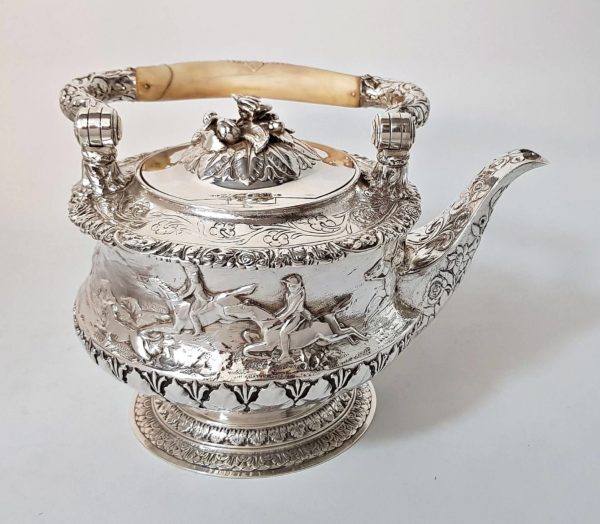 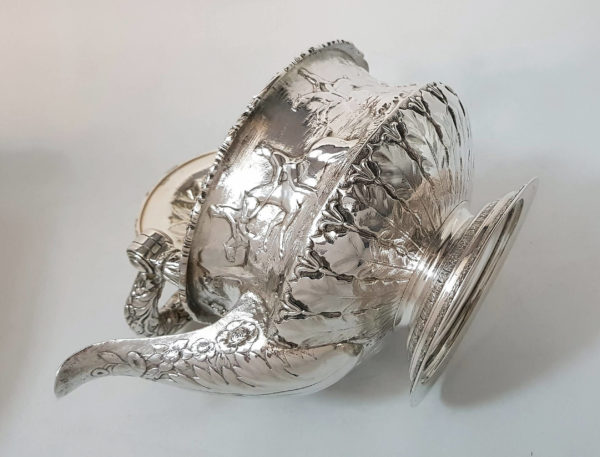 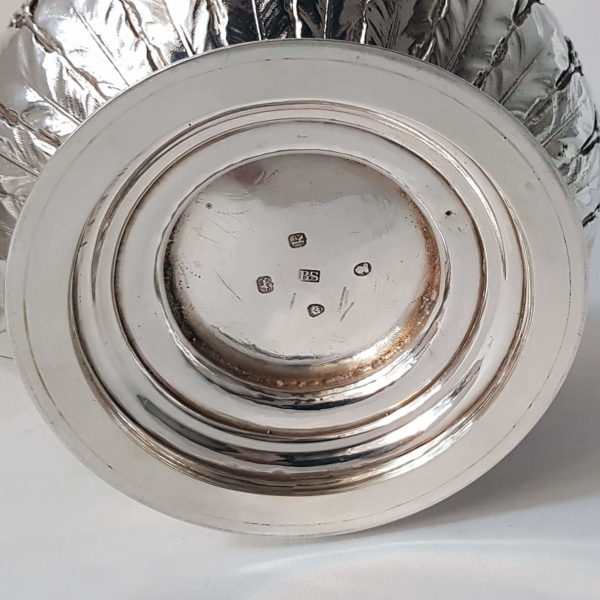 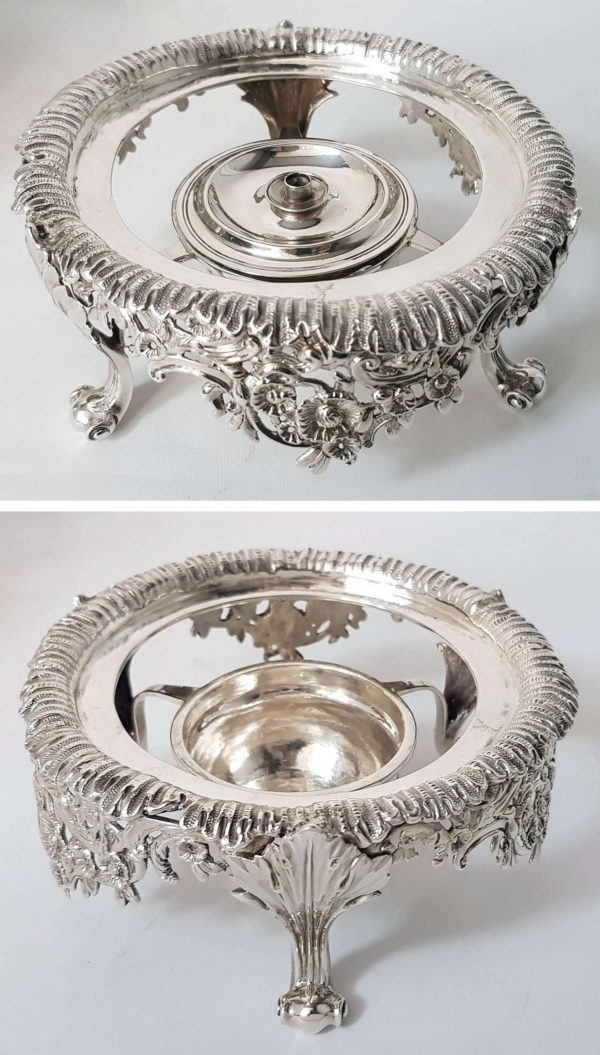 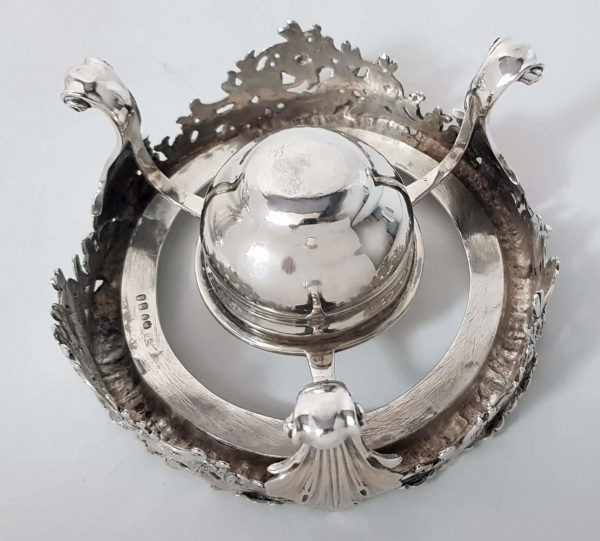 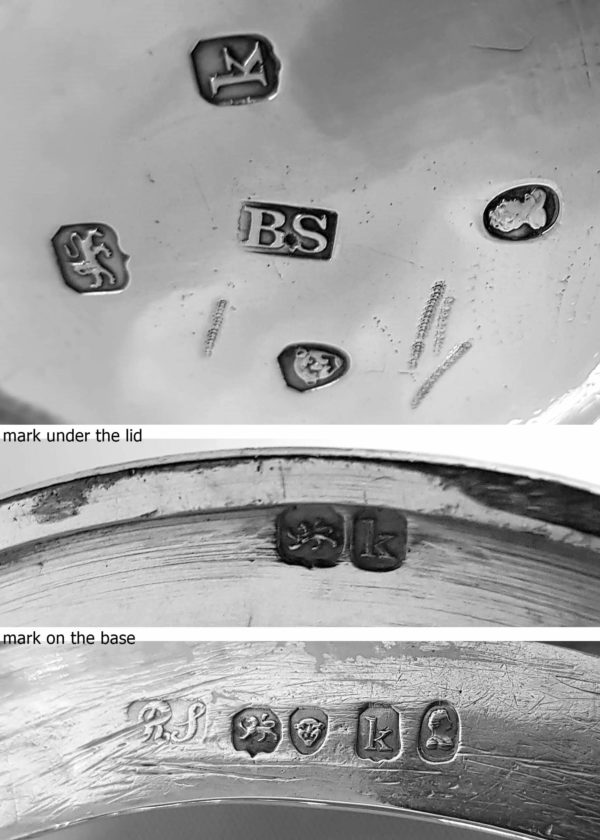 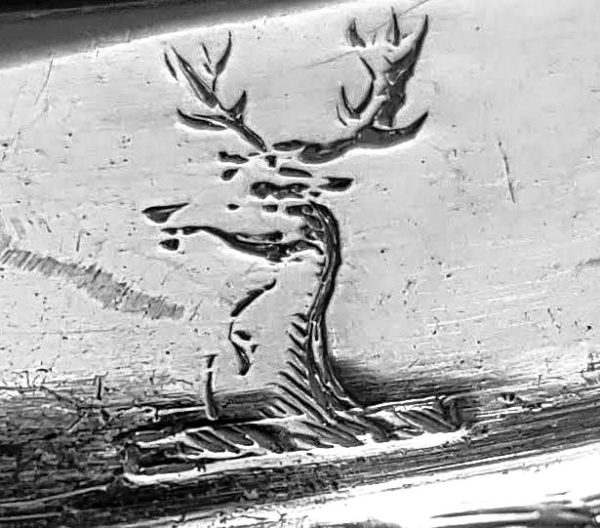 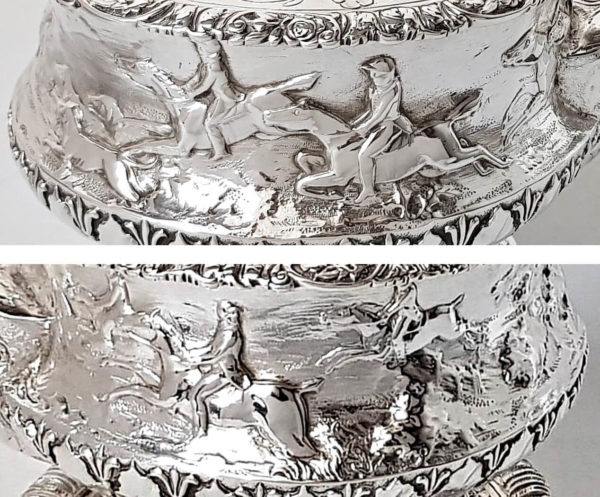 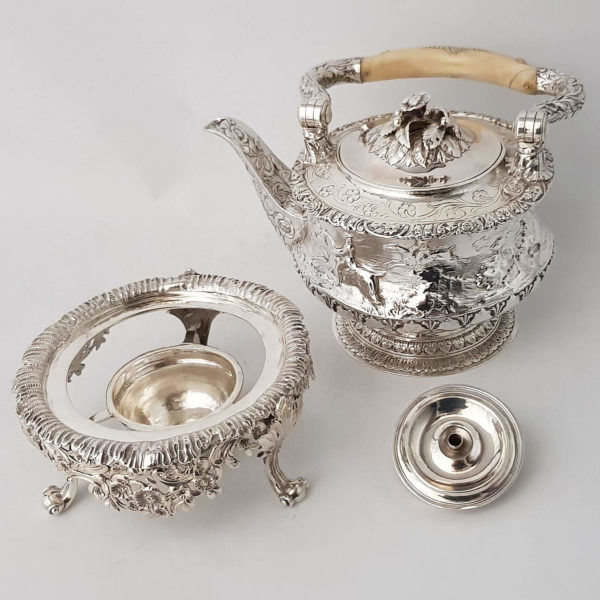 Of sporting interest. A magnificent antique sterling silver tea kettle (also known as a samovar or hot water kettle) with...

Of sporting interest. A magnificent antique sterling silver tea kettle (also known as a samovar or hot water kettle) with a scene of horses hunting to hounds. The kettle is all over decorated with flowers, foliage, scrolls and cast borders. It has a pretty flower lid finial and folding ivory handle. The matching silver tea kettle stand has an ornate cast and pierced frieze with flowers and leaves; the integral burner has a detachable cap to insert the oil and wick. An excellent piece with heavy gauge silver and good colour. Hand engraved to the top of the burner is a stag crest.

Marks. All pieces are stamped with a full set of English silver hallmarks, the stamp on the burner lid is rubbed however the date letter and duty mark can be seen clearly. There are 2 makers – Benjamin Smith II and Richard Sibley I. All pieces are date stamped “k” for London 1825. The kettle has the makers stamp for Benjamin Smith, the kettle stand has the makers stamp for Richard Sibley. There must have been a collaboration between the two London silversmiths as this piece appears to be fully original – the styling matches and all pieces are same date and fit snugly together.

The tea kettle is in very good condition. There is a wear mark on the ivory handle.