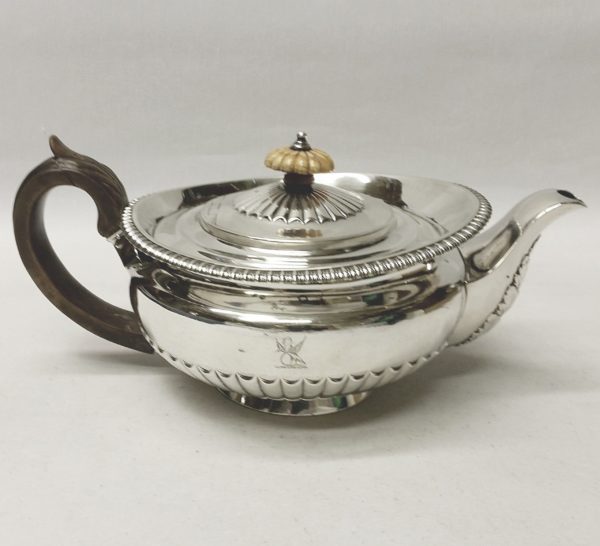 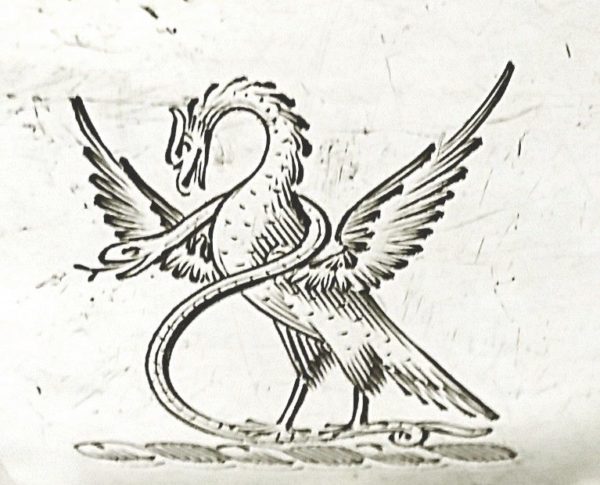 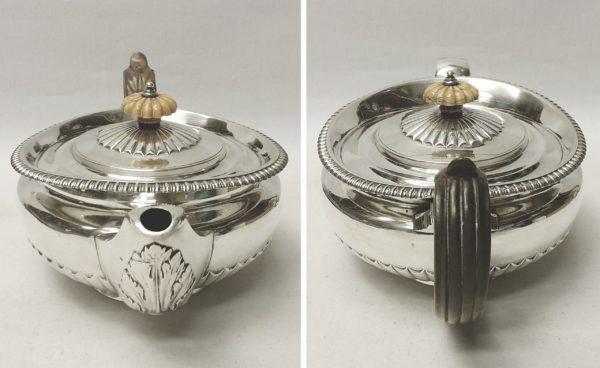 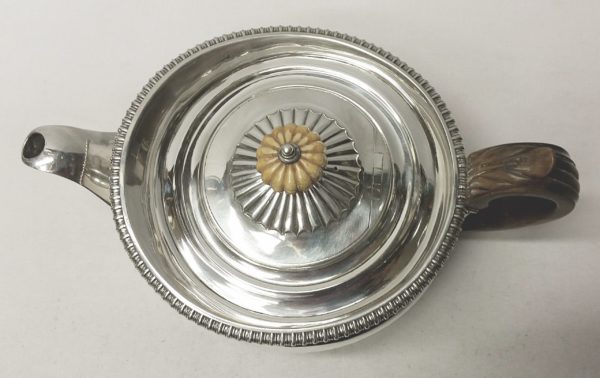 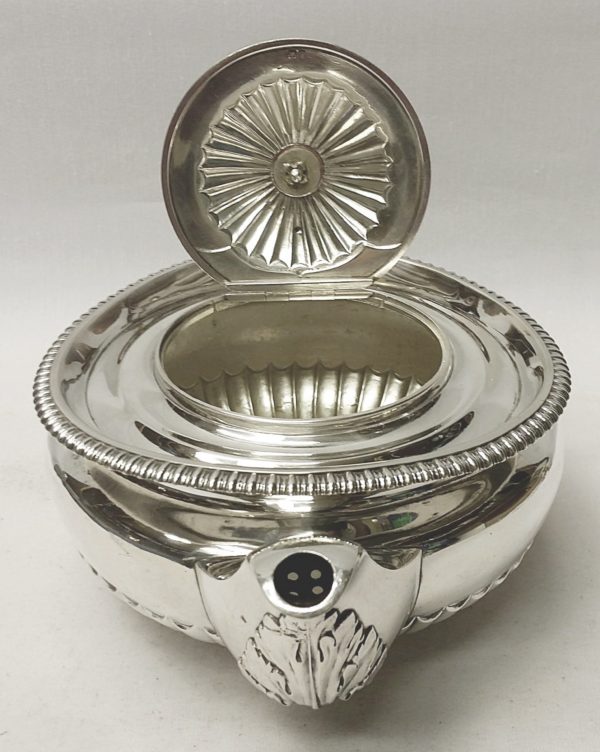 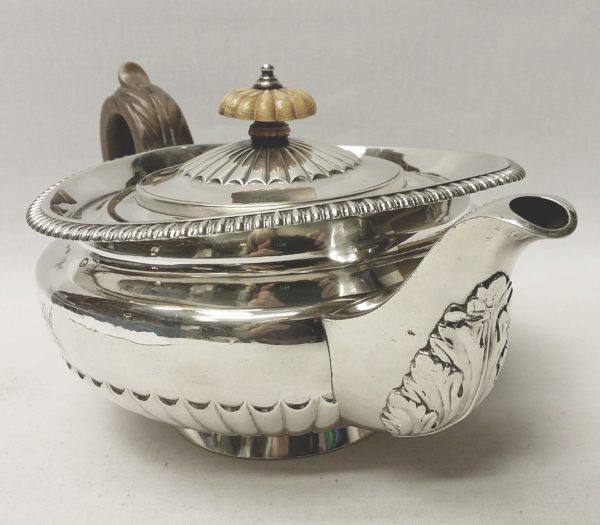 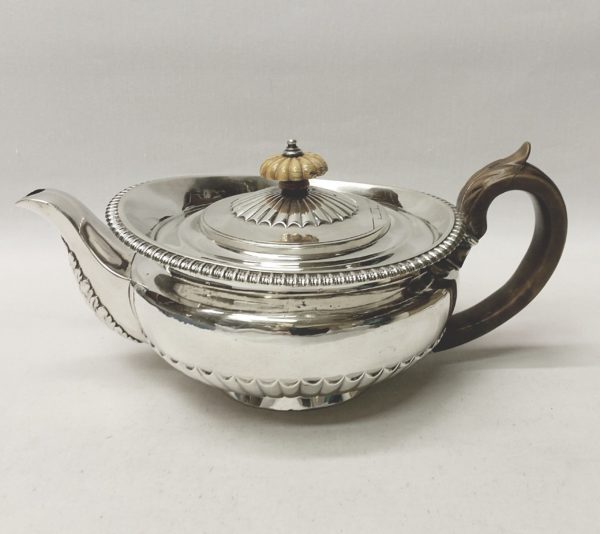 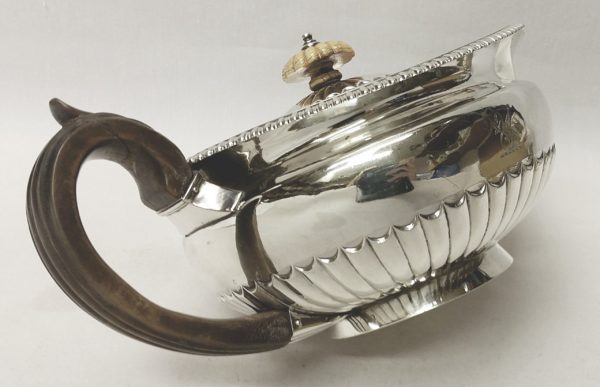 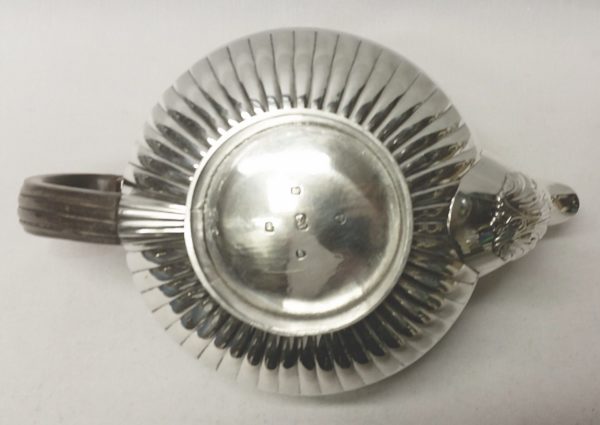 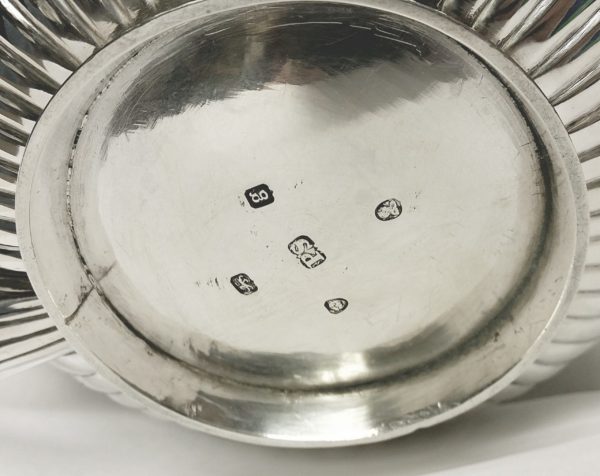 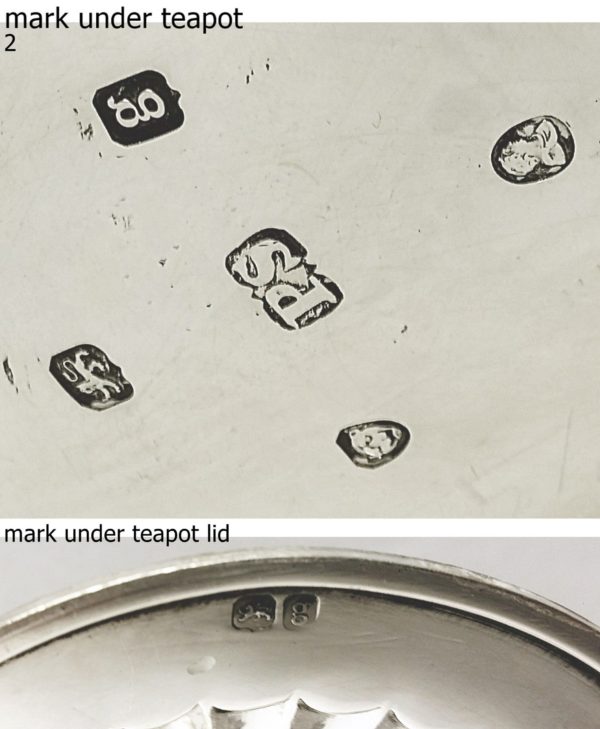 A handsome antique sterling silver teapot with a low chunky shape and half ribbed fluting. Fantastic quality as you'd expect...

A handsome antique sterling silver teapot with a low chunky shape and half ribbed fluting. Fantastic quality as you’d expect by this prestigious English master silversmith. To the front there is an engraved crest of a bird with a snake. Weight 777 grams, 24.9 troy ounces. Capacity 1150 ml. Height 12 cms (to top of finial). Spread 27 cms. Top measures 16.5×17.25 cms. London 1822. Maker Paul Storr.

An attractive antique silver teapot in very good condition. No damage or repairs. Good gauge silver, sharp engraved crest. Crisp clear marks to lid and base. Pours beautifully. There is a line on the wooden handle where it has been re-glued (see photos). Please note that this item is not new and will show moderate signs of wear commensurate with age. Reflections in the photograph may detract from the true representation of this item.