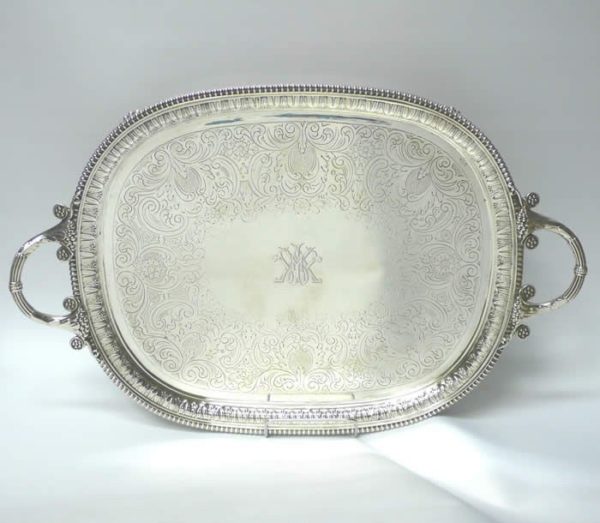 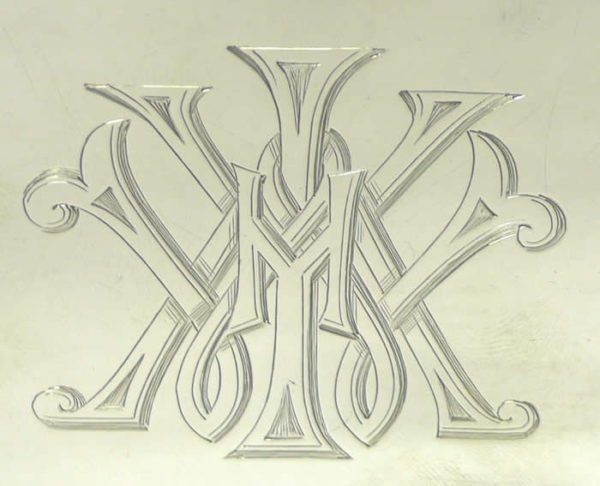 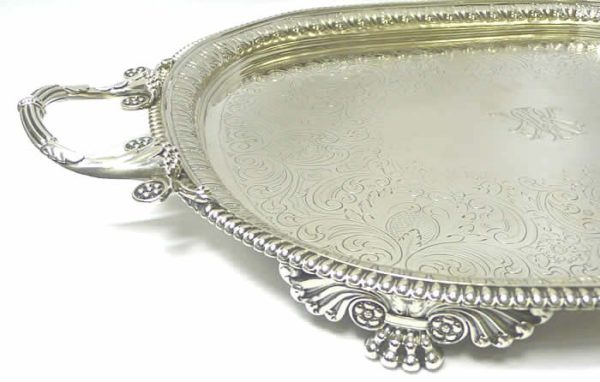 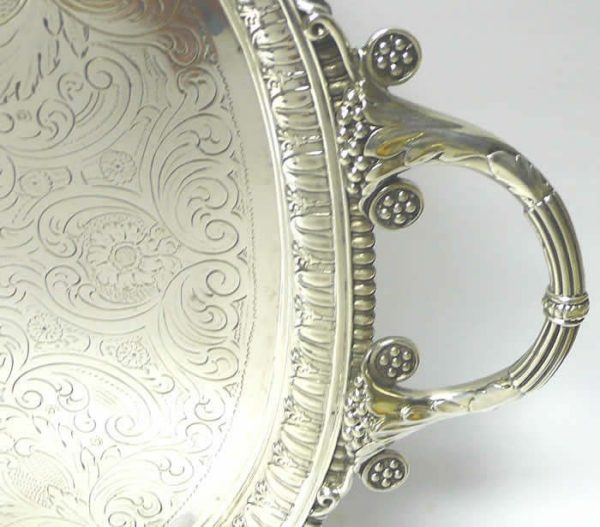 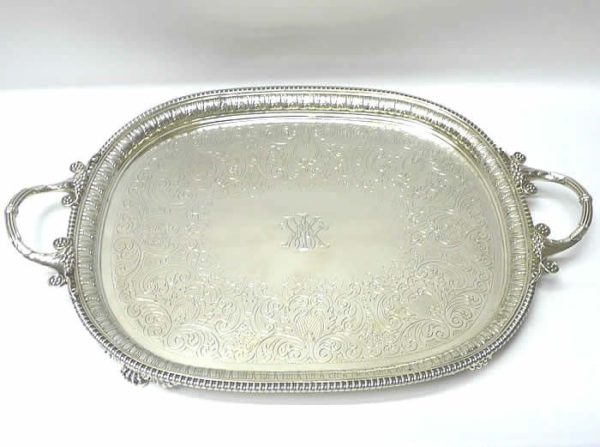 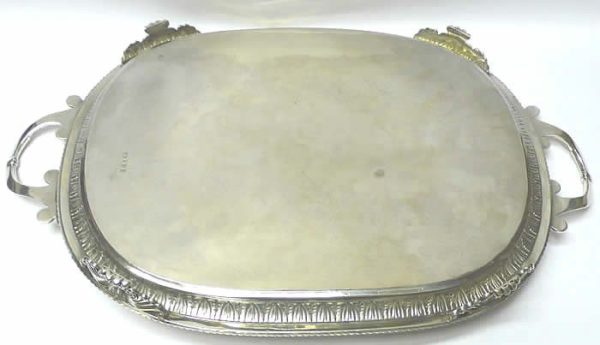 An excellent antique sterling silver tray by this prestigious maker. With flower decorated carrying handles and winged feet. The hand...

This fine antique tray is in excellent condition with no damage. The silver marks are clear and easy to read. The centre engraving is crisp. There are signs on the back of an earlier inscription which has been removed and the innermost edge of engraved decoration has slightly lost definition (see last photo). Please note that this item is not new and will show moderate signs of wear commensurate with age. Reflections in the photograph may detract from the true representation of this item.