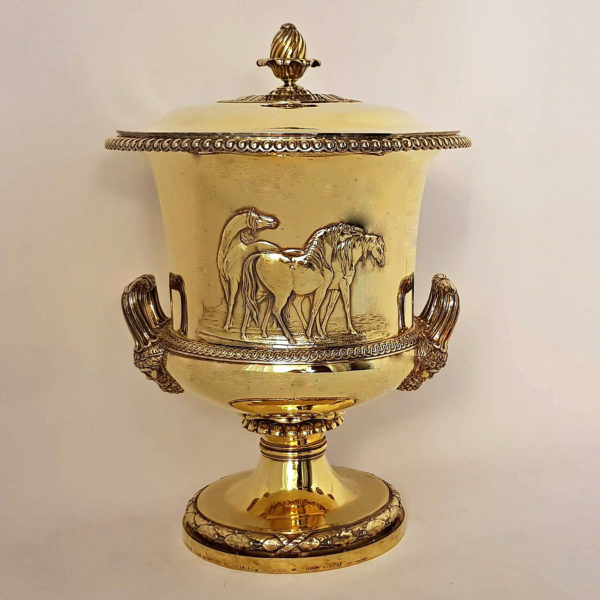 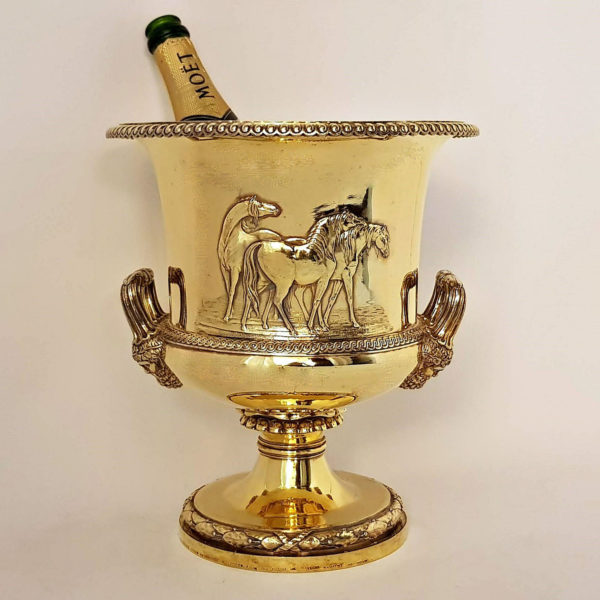 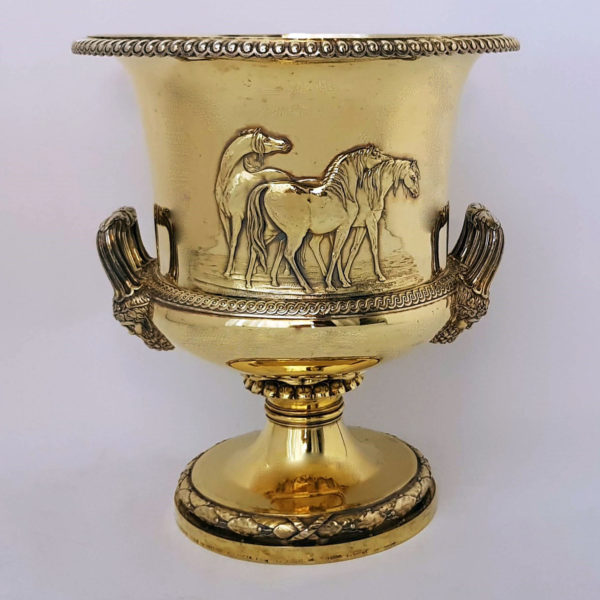 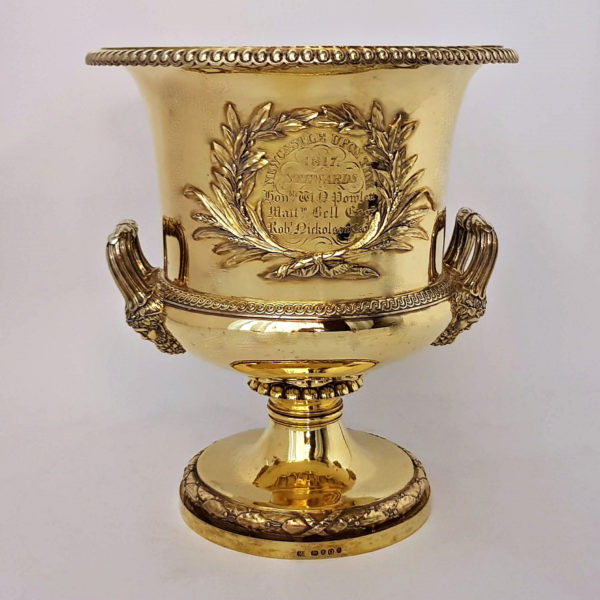 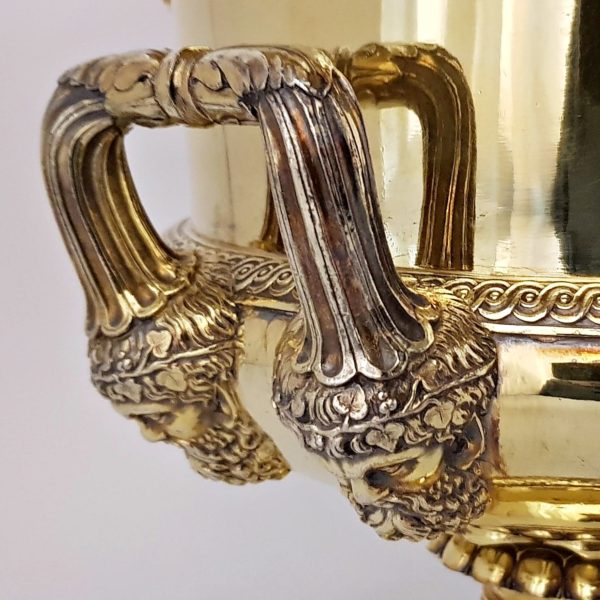 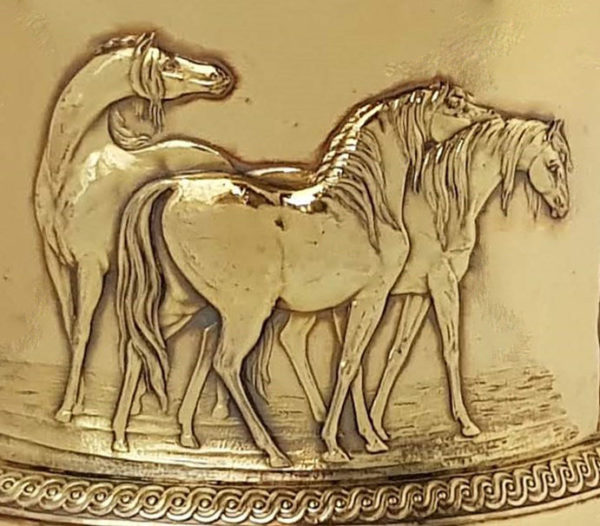 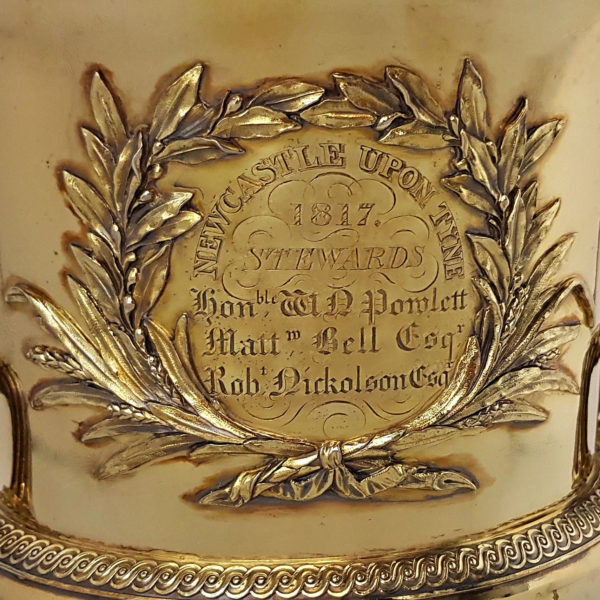 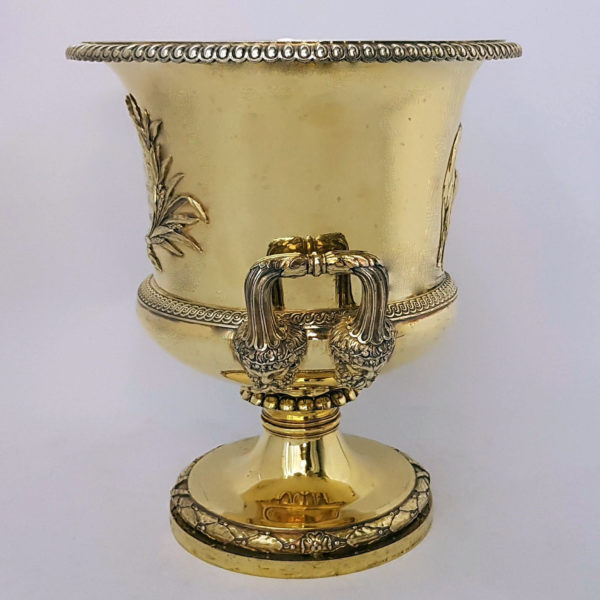 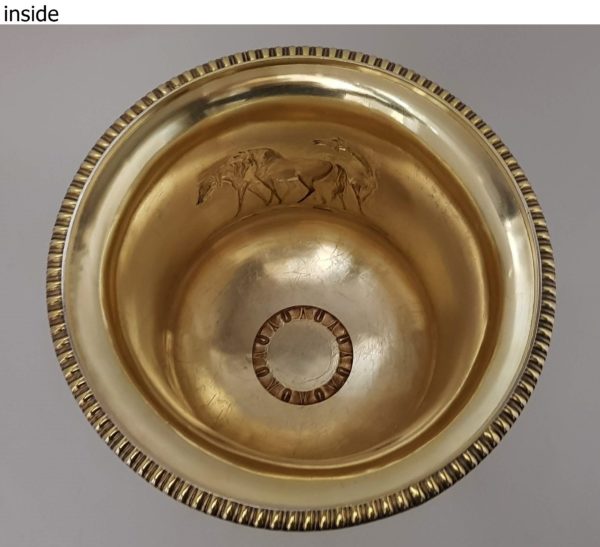 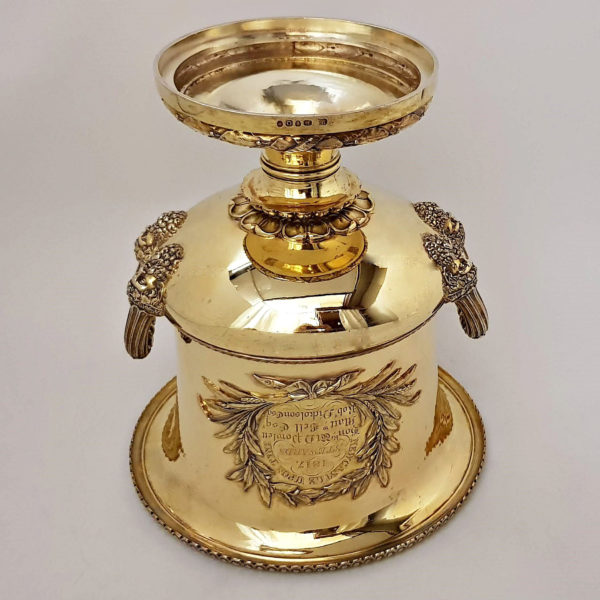 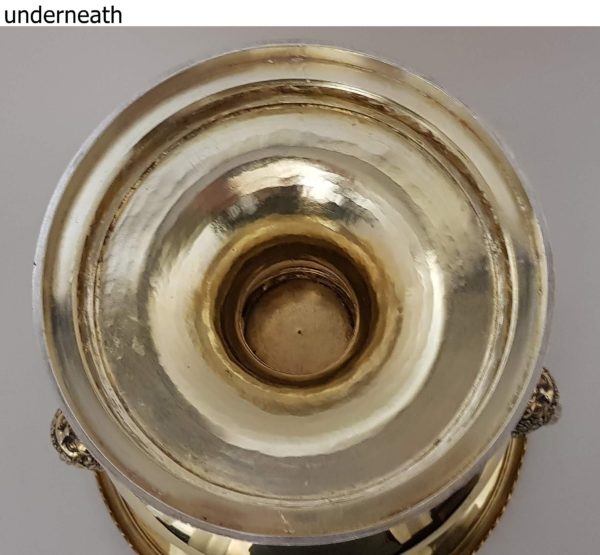 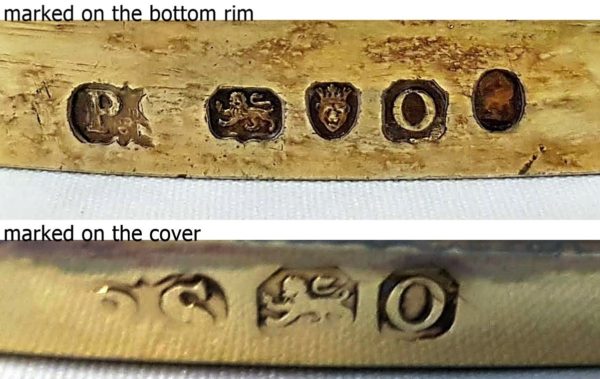 Of racing interest. A magnificent antique silver gilt wine cooler by the world famous English silversmith Paul Storr. Elegant classical style with Campana urn form; the twin handles mounted with Bacchanalian face masks. The lift off cover has a finial in the form of a wrythen fluted flower seed with petal surround. Embossed to the front in low relief is a charming scene of horses relaxing and socialising. The reverse has an applied laurel wreath containing an engraved inscription for Newcastle Upon Tyne Stewards 1817.

Made by Paul Storr and retailed by Rundell Bridge and Rundell.

This important silver cup and cover is in very good condition. Stamped with a full set of clear and matching English silver hallmarks on the edge of the base and on the cover. The gilt finish is bright and generally good throughout. Please note that this item is not new and will show moderate signs of wear commensurate with age. Reflections in the photograph may detract from the true representation of this item.