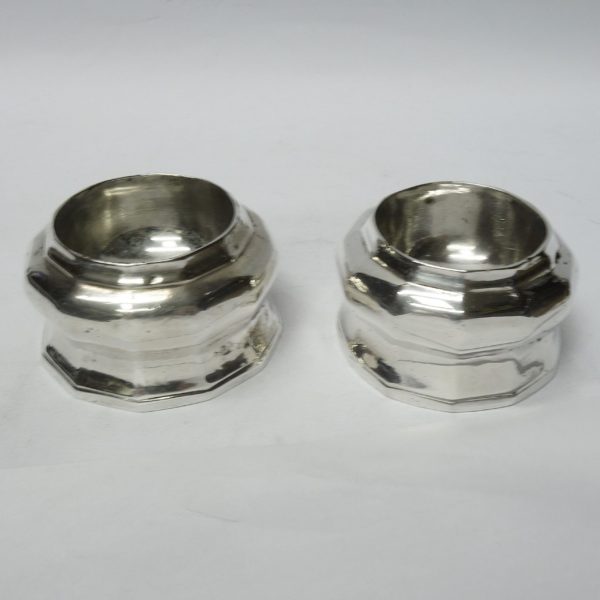 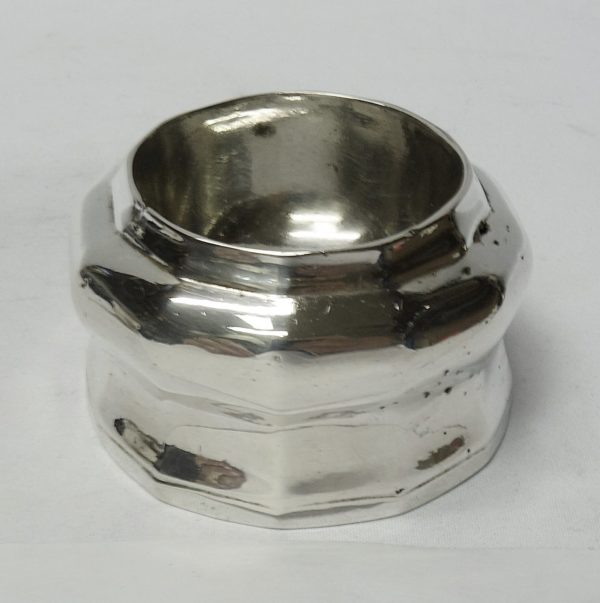 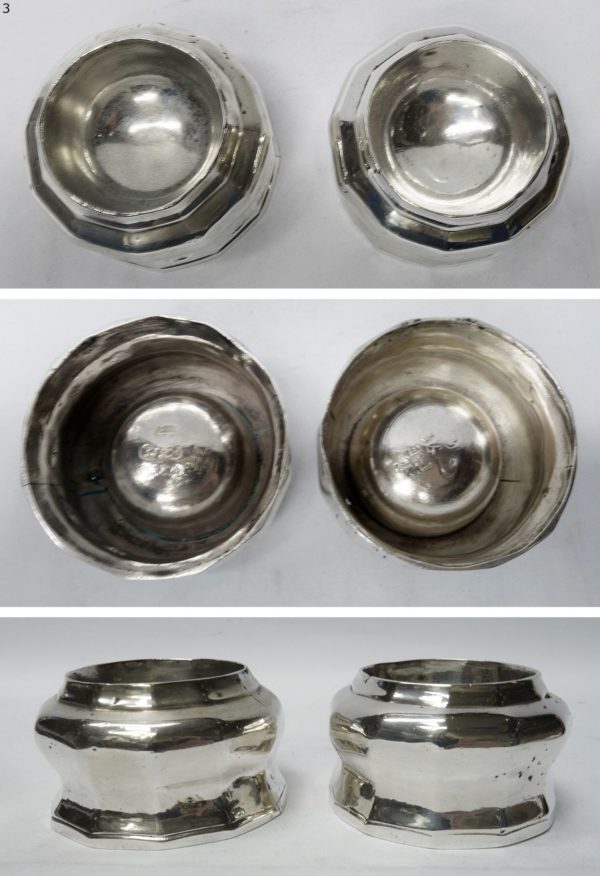 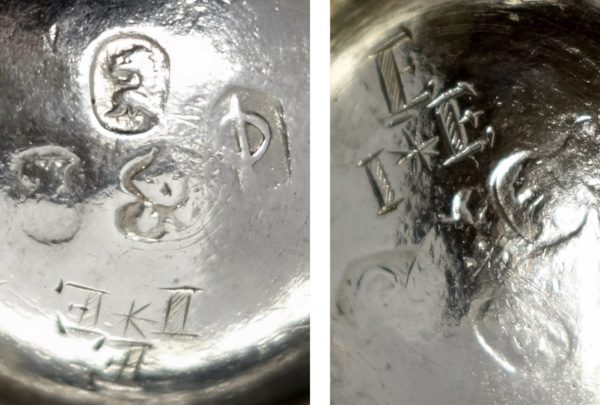 A handsome pair of early English silver trencher salts in a rare 12 sided version of the circular salt popular...

A handsome pair of early English silver trencher salts in a rare 12 sided version of the circular salt popular at the turn of the 1700’s. Britannia standard silver*.

Marks. Stamped with full and matching English silver hallmarks; on one salt they are clear, on the other they are a bit indistinct. The makers mark cannot be made out.

Literature: The use of salt cellars is documented as early as classical Rome. During medieval times elaborate master salt cellars evolved which had not only a practical use but above all, a ceremonial importance, indicating the relative status of persons by their position at the table in relation to the large salt.
By 1600 the trencher salt was in use in England however these earliest examples are extremely rare and probably you won’t find a pair of trencher salts before 1690. These salts had no feet and were made in a wide range of shapes: round, oval rectangular, triangular or octagonal. The early trencher salts were often marked inside the bowl and are often badly worn through use and cleaning.
During the late 1730s the more traditional circular salt standing on 3 legs had mainly replaced the trencher salt. This shape remained popular until the late 18th century when the advent of the Industrial Revolution rendered both salt and salt cellars commonplace. From this time onwards silver salts were produced in a variety of forms, some with blue glass liners, and had become commonplace on the English dining table.
Salt shakers began to appear in the Victorian era, however there were problems with salt clumping. It was not until after 1911, when anti-caking agents began to be added to table salt, that salt shakers gained favour and open salts began to fall into disuse.

These chunky antique silver salts are in a good condition. Both are in good condition with signs of use, each has a tiny pin prick fault on the outside border. Good colour.