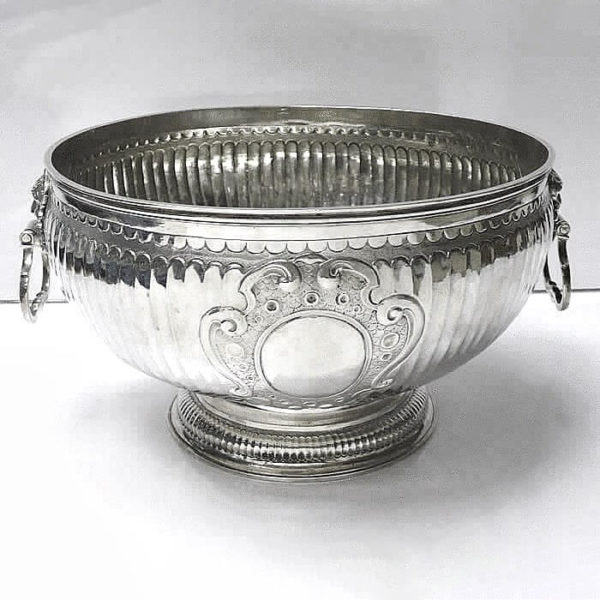 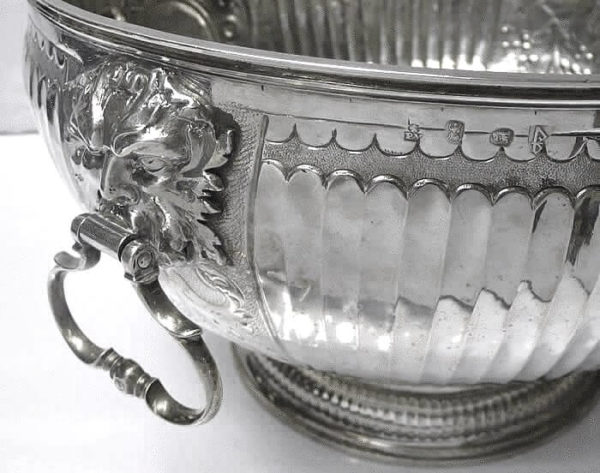 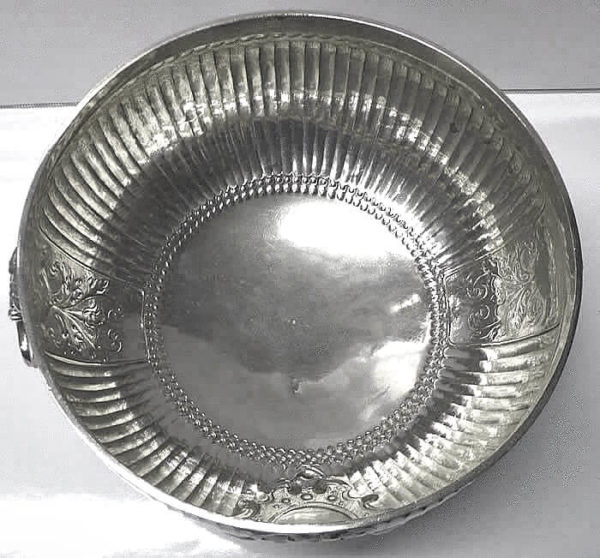 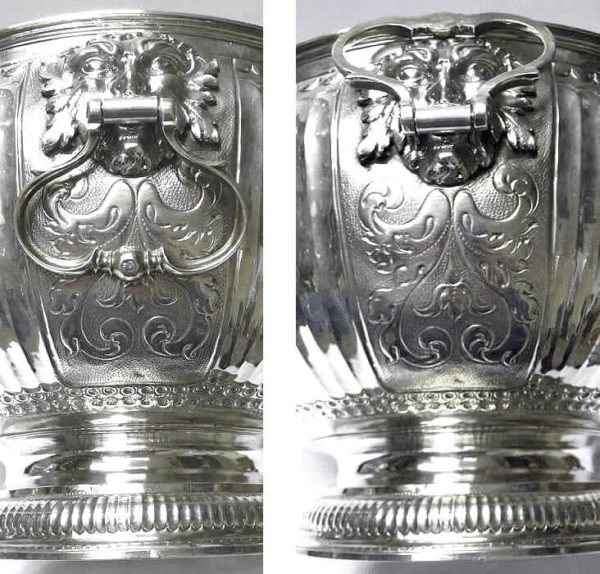 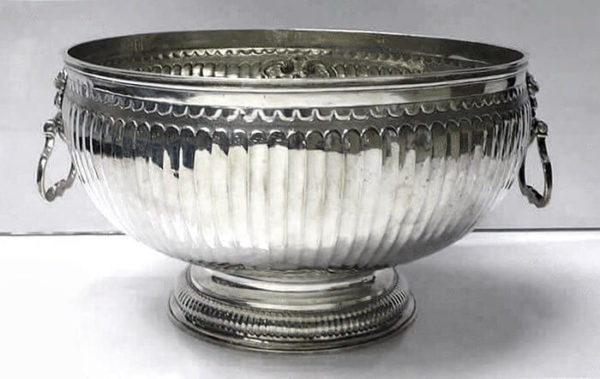 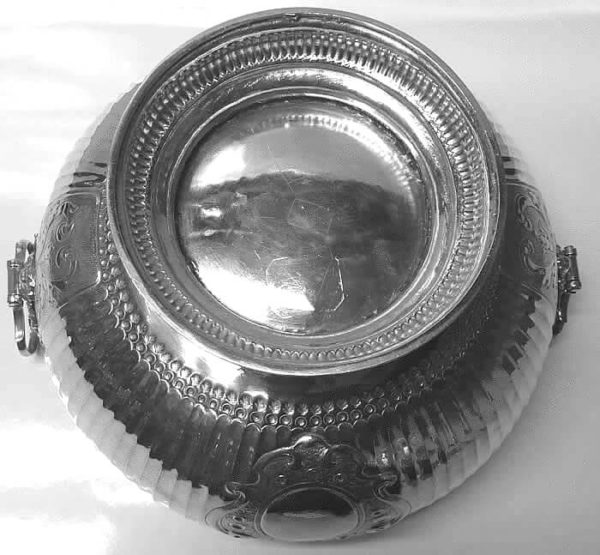 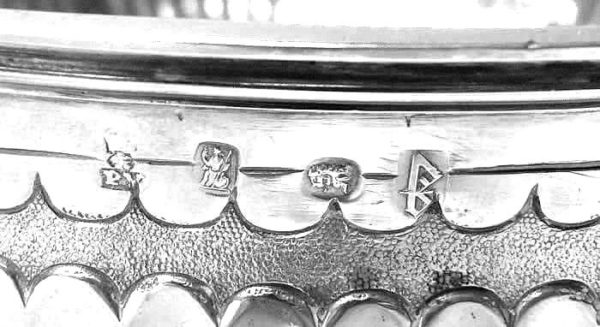 A rare and important early English silver bowl from the Queen Anne period. Large size with charmingly quaint lions mask side handles and the ribbed body decoration typical for this period. There is a large scroll cartouche to the front with deep chased decoration. Britannia standard silver*.

Literature: *Britannia Standard. In 1696, so extensive had become the melting and clipping of coinage that the silversmiths were forbidden to use the sterling standard for their wares, but had to use a new higher standard, 95.8 per cent. New hallmarks were ordered, “the figure of a woman commonly called Britannia” and the lion’s head erased (torn off at the neck) replacing the lion passant and the leopard’s head crowned. This continued until the old standard of 92.5 per cent was restored in 1720. Britannia standard silver still continues to be produced even today.

Benjamin Pyne, apprenticed to George Bowers 1667, free 1676. The maker's mark "single letter P under a crown", found shortly after 1680, appears on the 1697 copper plate at the Goldsmith's Hall, and reappears after 1720, again unentered, can safely be attributed to him. His only authenticated marks are two entered as a largeworker, undated, probably entered in 1697 on commencement of register. He held the position of Subordinate Goldsmith to the King for the coronation of George I only. His son Benjamin was apprenticed to him 21 October 1708, free 8 May 1716 and was elected Assistant Assayer in 1720. By the end of the seventeenth century Pyne was obviously, from his surviving work, a front ranking London goldsmith and shared with Anthony Nelme the main responsibility of upholding native standards against Huguenot competition, even though it's more than likely that he and Nelme employed (or bought up and remarked the work of) the latter to some extent. Nelme's connection with Hoare's bank seems to have continued for a considerable period and is perhaps responsible for the quantity of orders for municipal maces, regalia and church plate he obtained. However the end of his life was sad. On 17 January 1727, when he must have nearly been 75, he resigned from the Livery, probably due to ill health and bad eyesight, and petitioned with others for the place of Beadle to the Company, vacant by the death of John Bodington, and was elected the same day to the post.