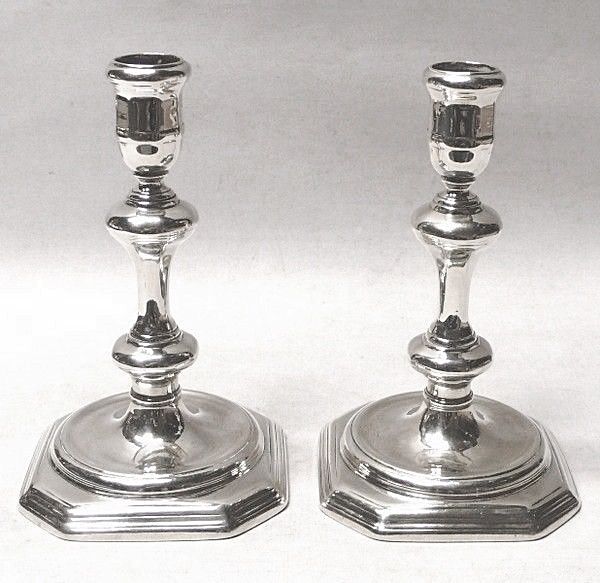 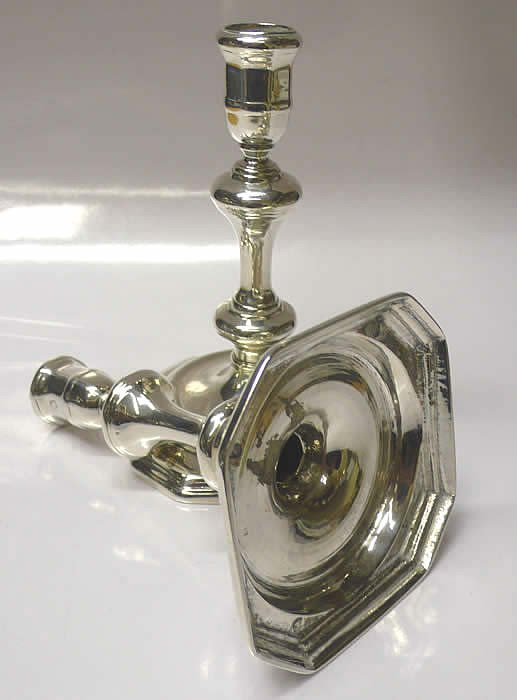 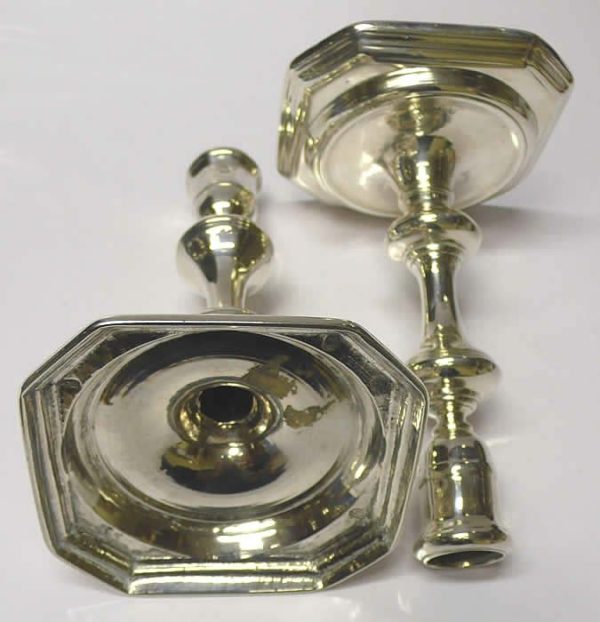 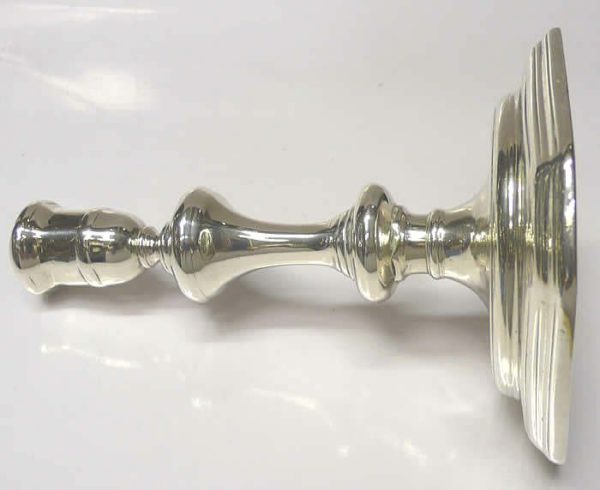 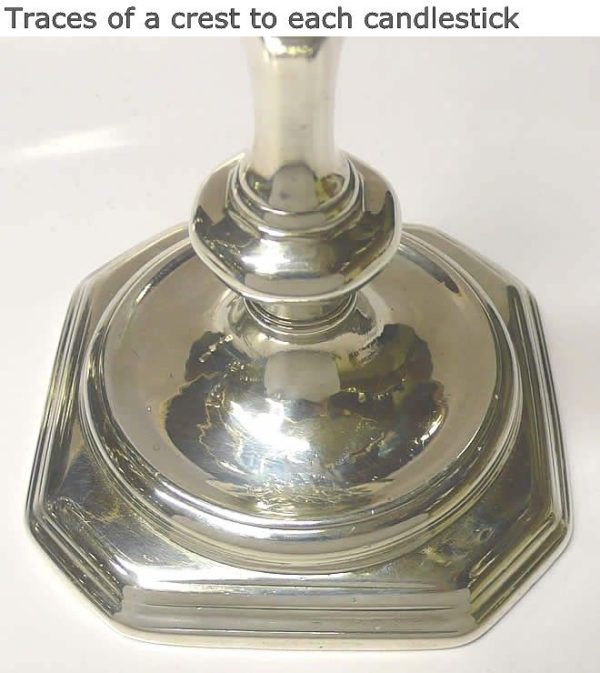 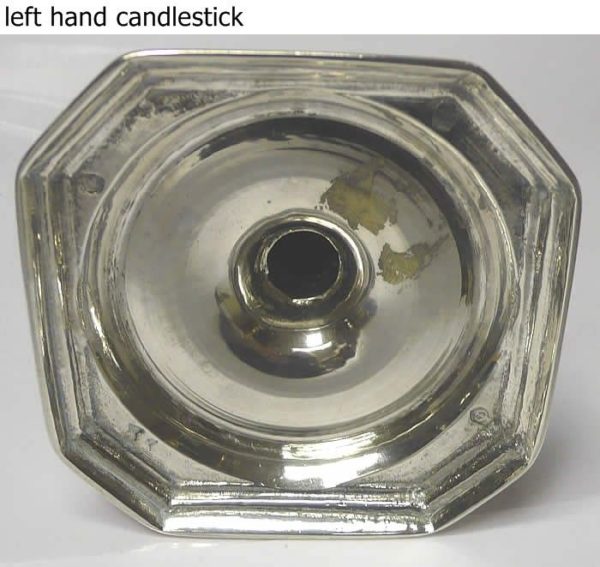 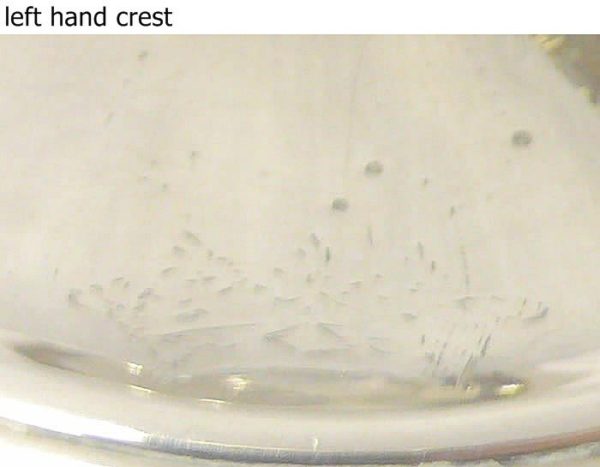 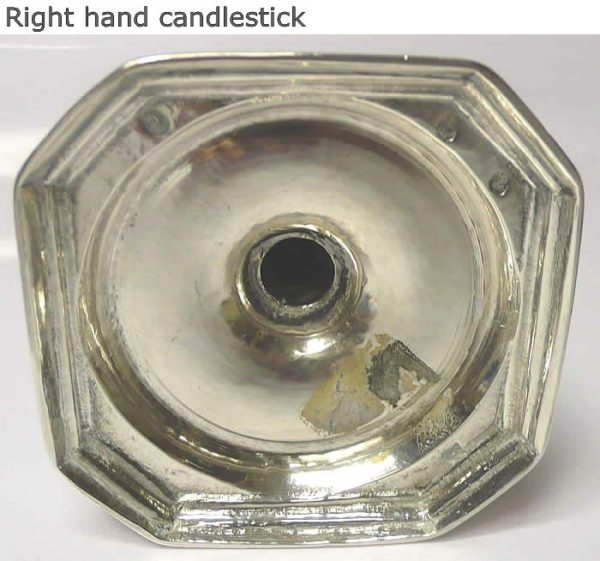 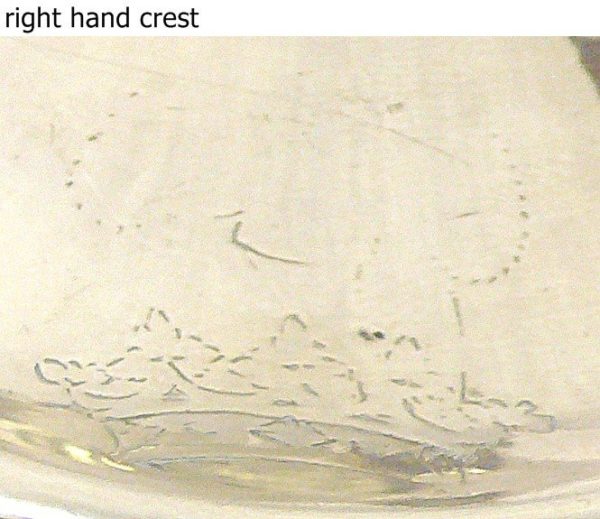 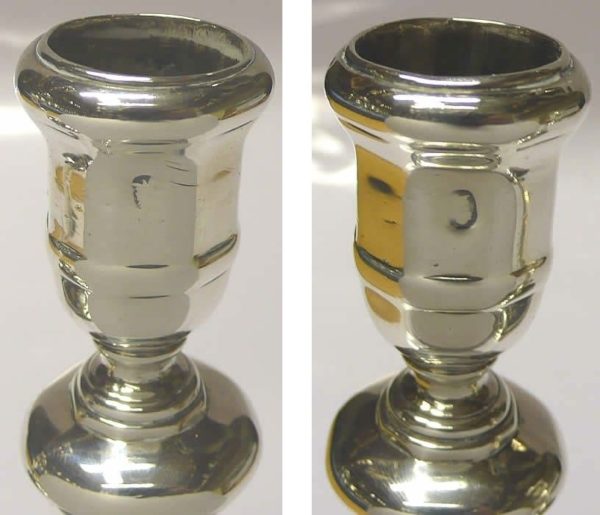 Literature: Few domestic silver candlesticks still exist before the reign of Charles II. 17th century examples are usually made from sheet silver and are light in weight. Cast candlesticks started to appear circa 1685 and are much heavier in weight. The first loaded candlesticks appeared circa 1765 and are made of sheet, and not cast.

These rare candlesticks are in very good condition. Fully matching. Each stick is stamped underneath, in the four corners, with a full set of clear English hallmarks. Also stamped on the candlestick sconces with the lions head erased mark. The hand engraved crests on the bases show wear. Please note that this item is not new and will show moderate signs of wear commensurate with age. Reflections in the photograph may detract from the true representation of this item.