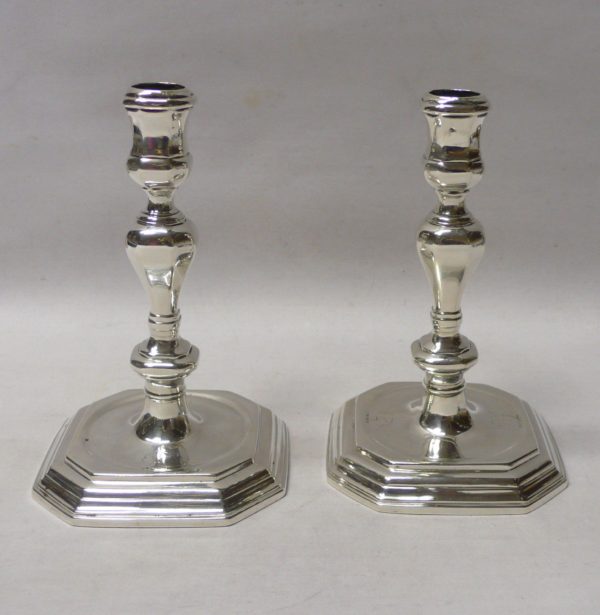 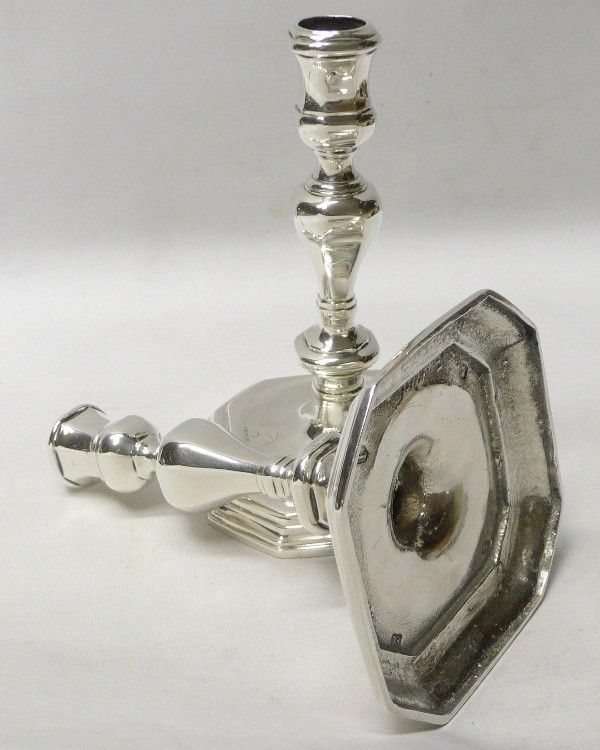 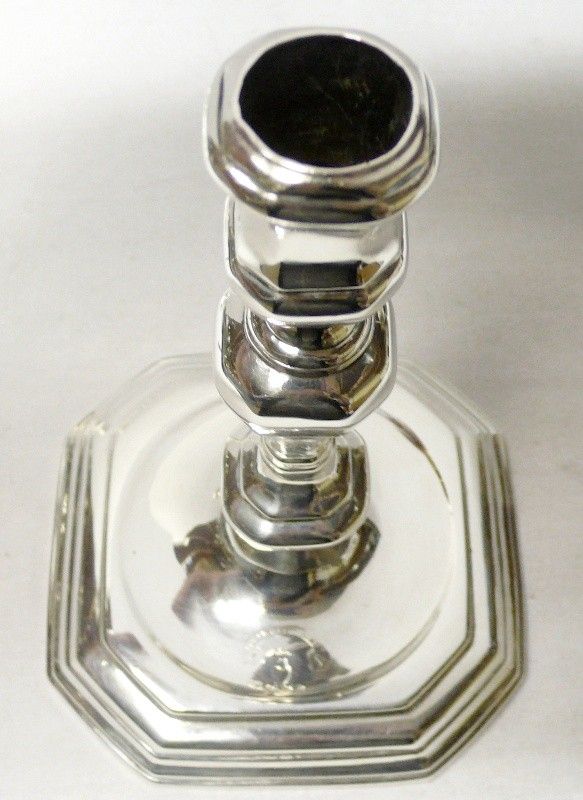 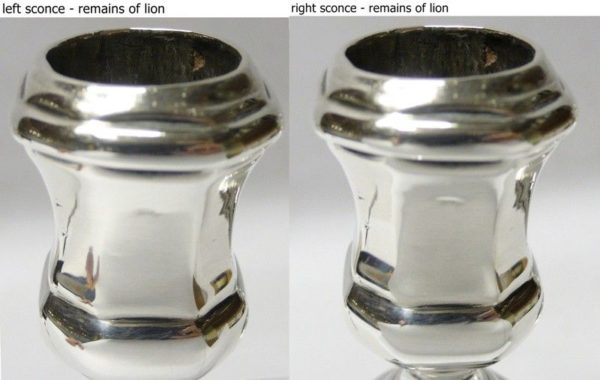 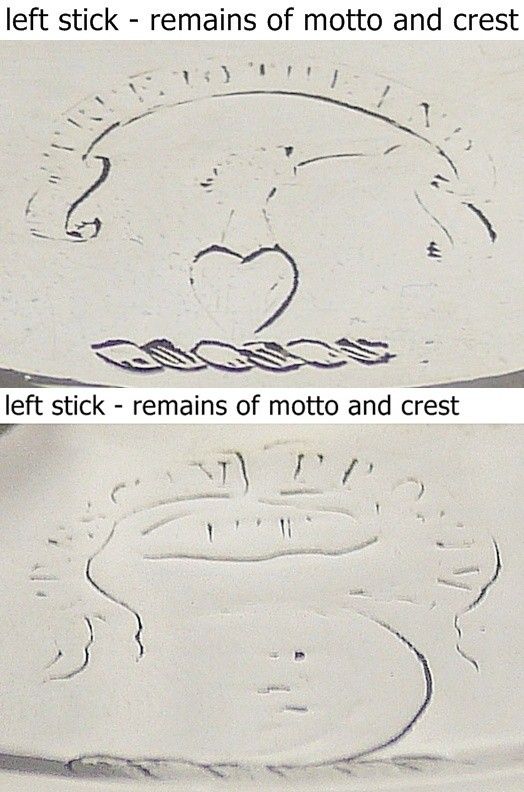 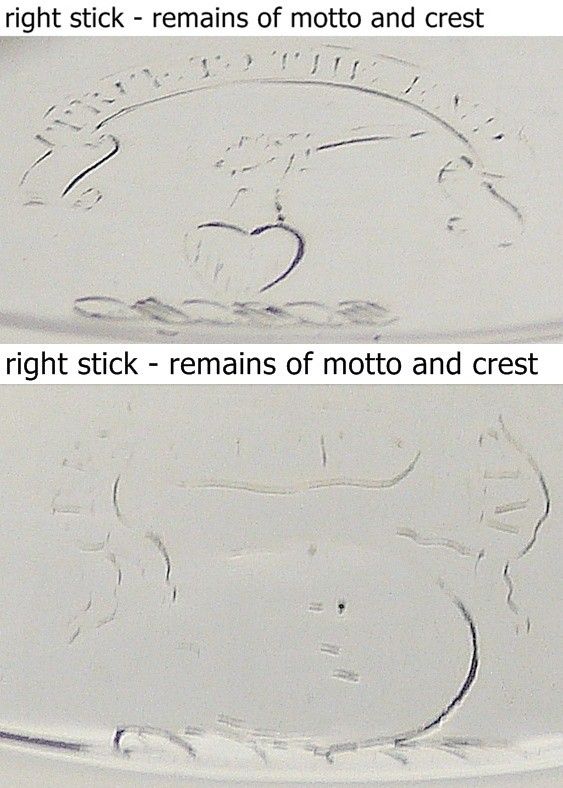 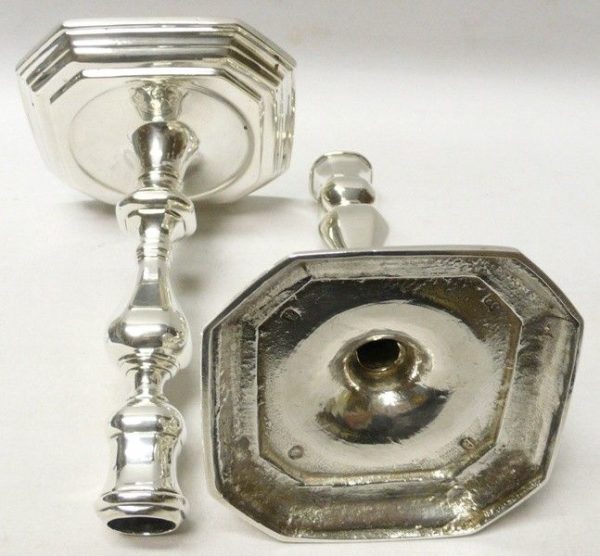 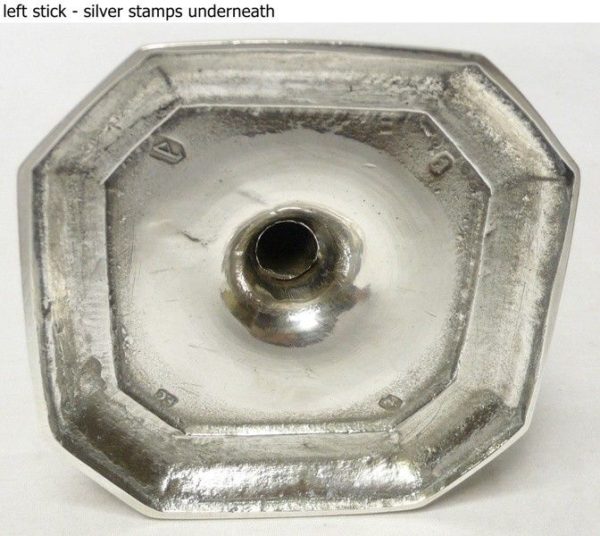 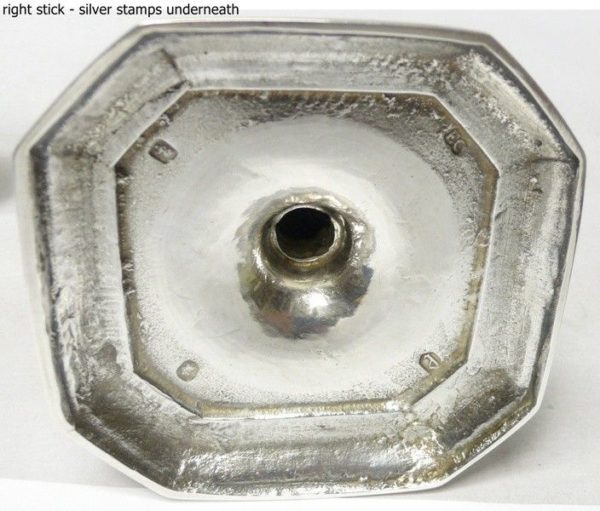 A rare pair of early English silver candlesticks. Britannia standard silver*. Lovely plain style and broad bases. Very solid and heavy cast metal with knopped and baluster vase shaped stems and square hollowed out bases with canted corners. Each bears matching two crests and mottos (only traces), possibly marriage crests. One motto, although indistinct, reads ‘True To The End’. Excellent colour. These candlesticks are remarkable for their size and weight.

Literature: Cast candlesticks started to appear circa 1685 and are much heavier in weight. The first loaded candlesticks appeared circa 1765 and are made of sheet, and not cast.

These superb candlesticks are in very good condition. The silver hallmarks underneath are clear and easy to read and a nice feature is that each still bears faint traces of the lion head erased on the candle sconce. The engraved crests are very worn but just visible – this is not unusual for an item which has been used for several hundreds of years. More important is that the candlesticks themselves still have a crisp form. Each candlestick has a minor 'lean'. Please note that this item is not new and will show moderate signs of wear commensurate with age. Reflections in the photograph may detract from the true representation of this item.

John Eckford I, London silversmith, apprenticed to tobacconist John Whitfield 1682, also entered in the Goldsmith’s apprentice register as bound to Anthony Nelme (scored out). Free 1698. Mark entered as largeworker 1698. 2nd (sterling) mark 1720. Appears to have worked as both tobacconist and silversmith, his mark is often found on tobacco boxes of the period. Buried 1730. Also known as Eckfourd. John Eckford II, London silversmith, apprenticed to John Fawdery 1712, turned over to John Eckfourd 1712, and turned over again to Philip Rollos 1714. Free 1723. Two marks entered as largeworker (sterling and new standard) 1725. 3rd mark entered 1739. His son Joseph apprenticed to Henry Brind 1746, and another John to John Swift 1753.