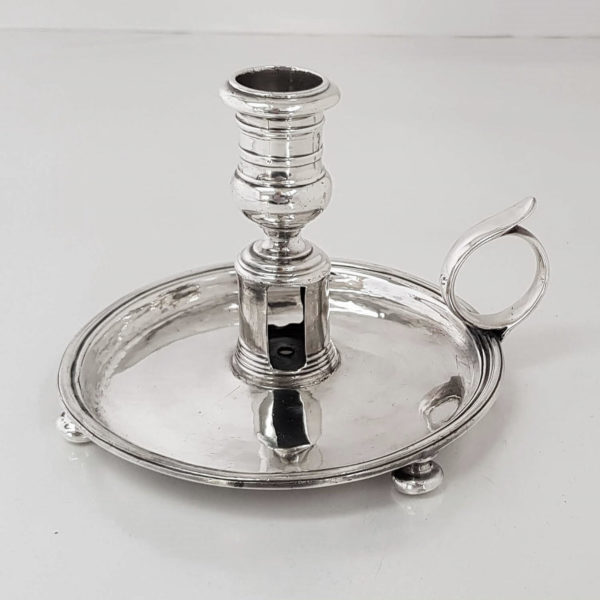 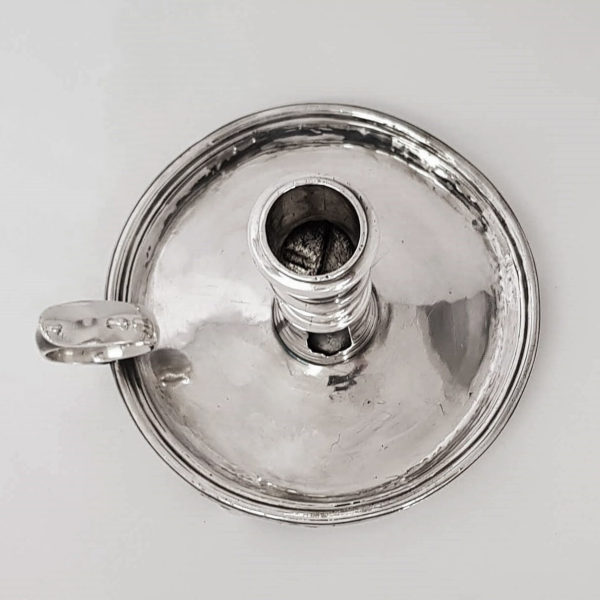 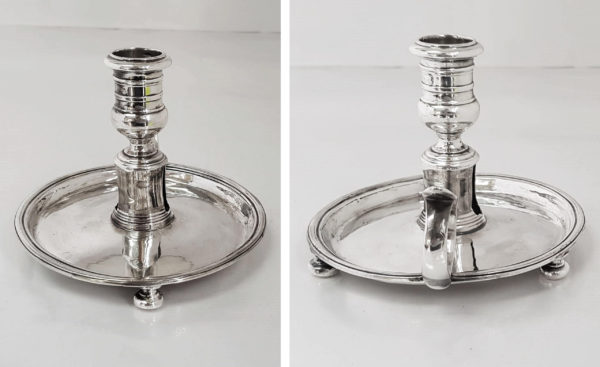 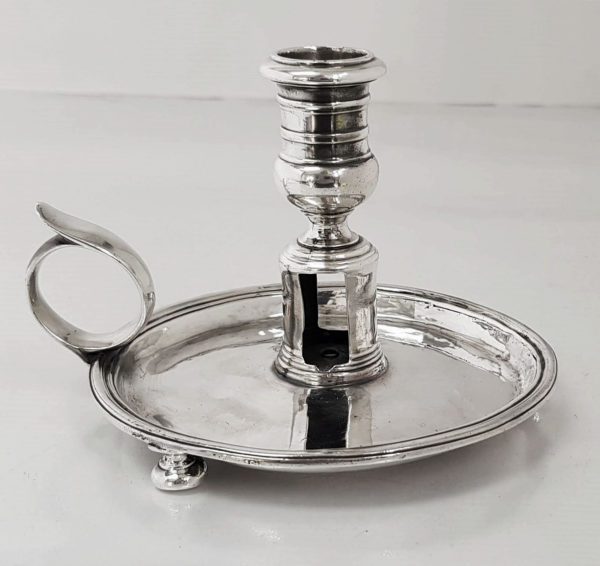 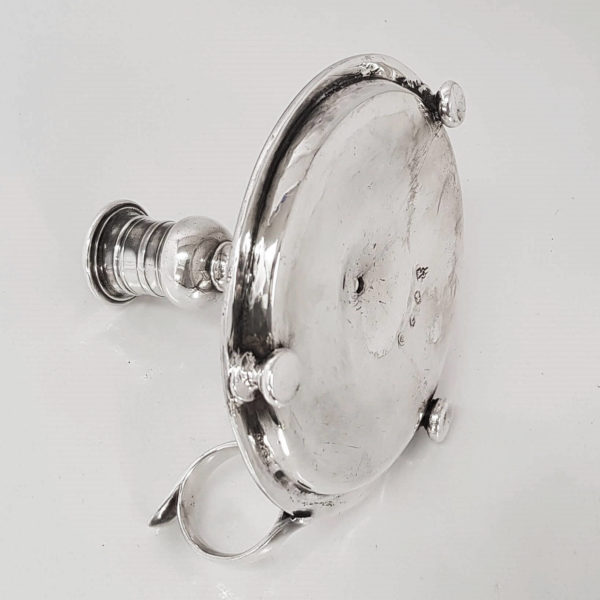 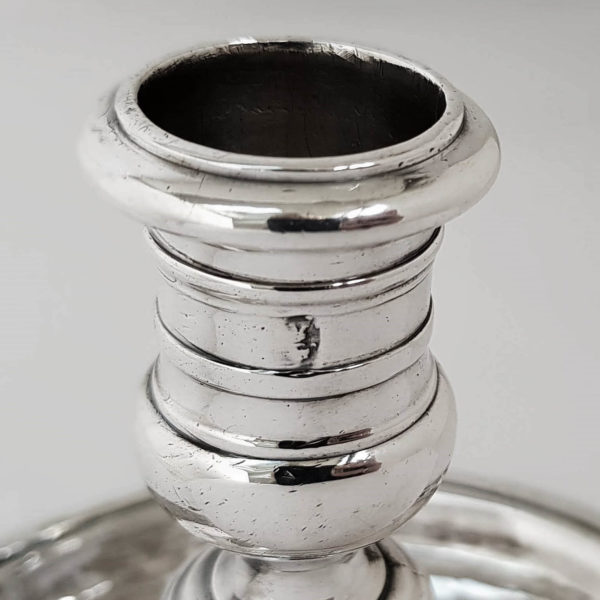 An antique silver chamber stick (also known as a “go to bed”) of plain circular form. Heavy gauge silver. Made...

An antique silver chamber stick (also known as a “go to bed”) of plain circular form. Heavy gauge silver. Made in the early style with a ring handle and button feet.

Literature. Silver chambersticks first made an appearance in the 17th century and early examples are now very hard to find. Originally they were made in sets as a household would need many chambersticks. They were used for lighting the way to bed and because of the movement created when they were carried about they needed a large drip pan to catch the wax. The earliest examples have straight handles (first flat, then tubular) which were superseded in the first part of the 18th century by a ring or flying handle. Gradually the design evolved and from the mid 18th century onwards they usually had a matching conical snuffer although from about 1790 onwards some were made with an aperture at the base of the stem to take a pair of scissor snuffers.

The silver chamberstick is in very good condition. Heavy quality and good colour. Stamped underneath the pan with a set of English silver hallmarks, the sconce has the lion mark. There is an amount of old mercury solder showing where the ball feet meet the pan which is likely to be in the original manufacture. Please note that this item is not new and will show moderate signs of wear commensurate with age. Reflections in the photograph may detract from the true representation of this item.

Lewis Mettayer, London silversmith, apprenticed to David Willaume 1693, free 1700. Of Hugeunot origin, a Francois Mettayer is recorded in the Bounty List 1699 as coming from the Ile de Re, his sister was married to David Willaume, his wife was from the house of Pierre Harache. First mark entered as largeworker 1700. 2nd mark (sterling) 1720. His son Samuel was free of the Goldsmiths by patrimony in 1741, his daughter Suzanna in 1738. Died 1740. Grimwade describes Mettayer’s work as being less frequent but of equal quality and importance as David Willaume and Pierre Harache. His principle surviving works include two wine cisterns of 1709 (Untermyer Collection, New York), and 1712 (The Hermitage), six candlesticks of 1711 (Earl of Ancaster), pair of ice pails 1713 (Eton College), dish with royal arms 1718 (Ex Brownlow Collection), and ewer and dish 1720 (Ex St Martins in the Fields).