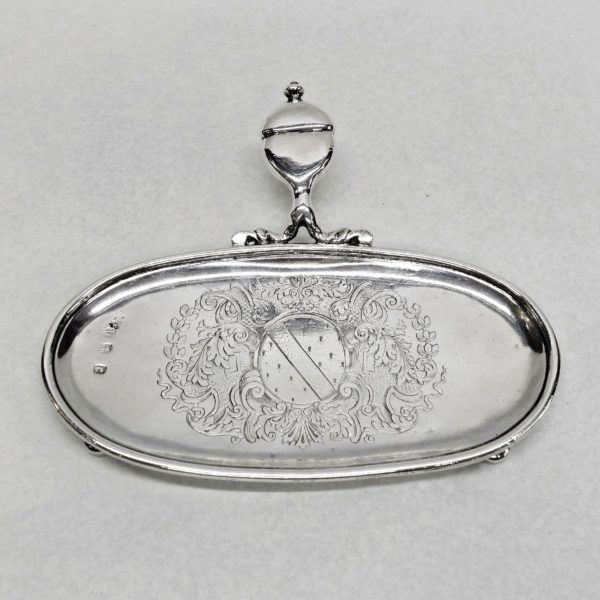 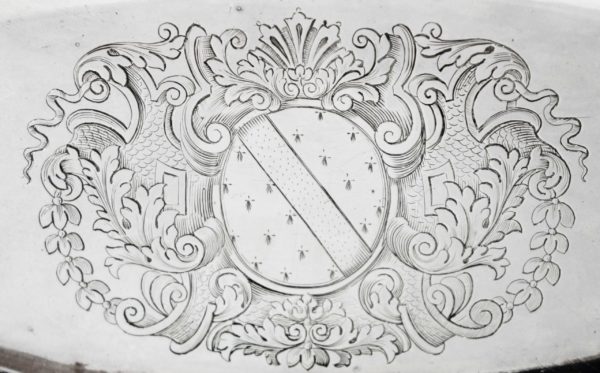 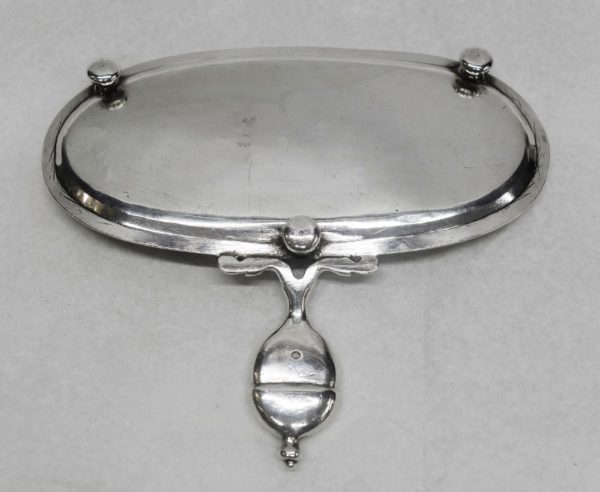 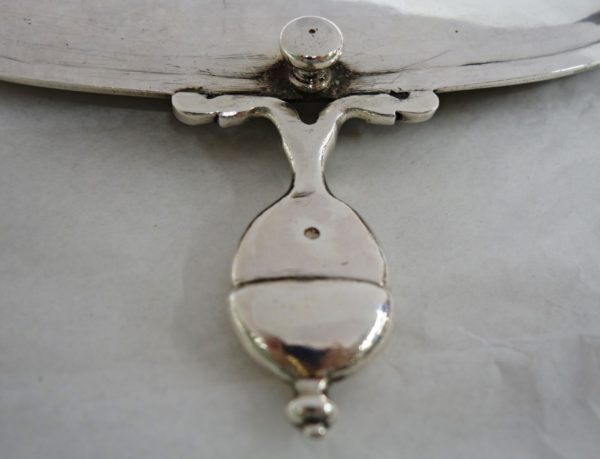 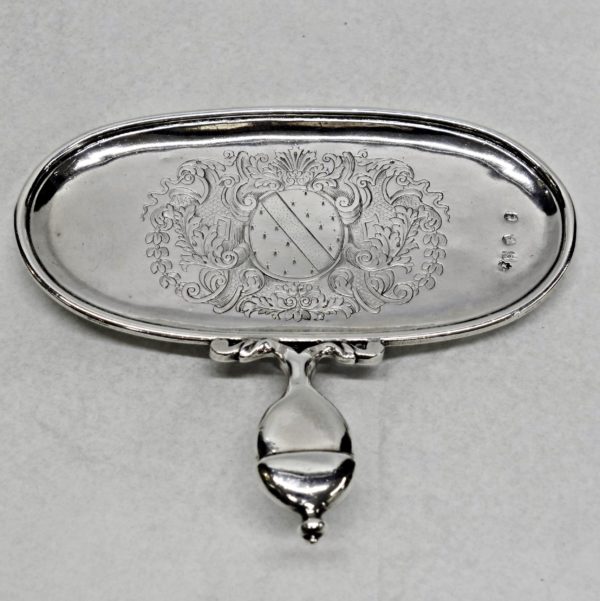 Provenance: Collection of John N. Price Wood (1877-1962), born Wirksworth Hall, Derbyshire, and later at Henley Hall, Bitterley, Shropshire, who served in the 12th Lancers in the Boer War, and was the author of “Travel & Sport in Turkestan”, published in 1910.

Literature: Silver Candle Snuffers and Stands. Two different types of candle douters were used to extinguish the flame of a candle. The extinguisher which was a small cone on the end of a long handle and the snuffer which was a dual purpose scissor like tool which could extinguish the candle flame and also cut the wick of the candle for reuse. There were few snuffers made prior to 1700 and by the early nineteenth century more refined candles were introduced which no longer required the wick to be cut. Additional information available at http://www.oldandinteresting.com/tallow-candles-snuffers.aspx. Snuffer trays are usually rectangular or oval shaped and can sometimes be raised on feet or have a carrying handle. Some early stands, called standing snuffers, are shaped like a candlestick with a side carrying handle and a hole at the top where the point of the snuffer scissors is inserted – these were very quickly supeseded by the flat snuffer tray and scissors. It is rare now to find matching snuffers and base. Snuffers and trays were usually made by different specialists so even though the dates match, the makers will probably be different.

*Britannia Standard silver. In 1696, so extensive had become the melting and clipping of coinage that the silversmiths were forbidden to use the sterling standard for their wares, but had to use a new higher standard, 95.8 per cent pure. New hallmarks were ordered, “the figure of a woman commonly called Britannia” and the lion’s head erased (torn off at the neck) replacing the lion passant and the leopard’s head crowned. This continued until the old standard of 92.5 per cent was restored in 1720. Britannia standard silver still continues to be produced even today.

This unusual small tray is in very good condition with no damage. The engraving is still crisp. Stamped on top of the pan with a full set of English silver hallmarks.